AXE 13 Reasons Why? Hell, no! It should be shown in schools 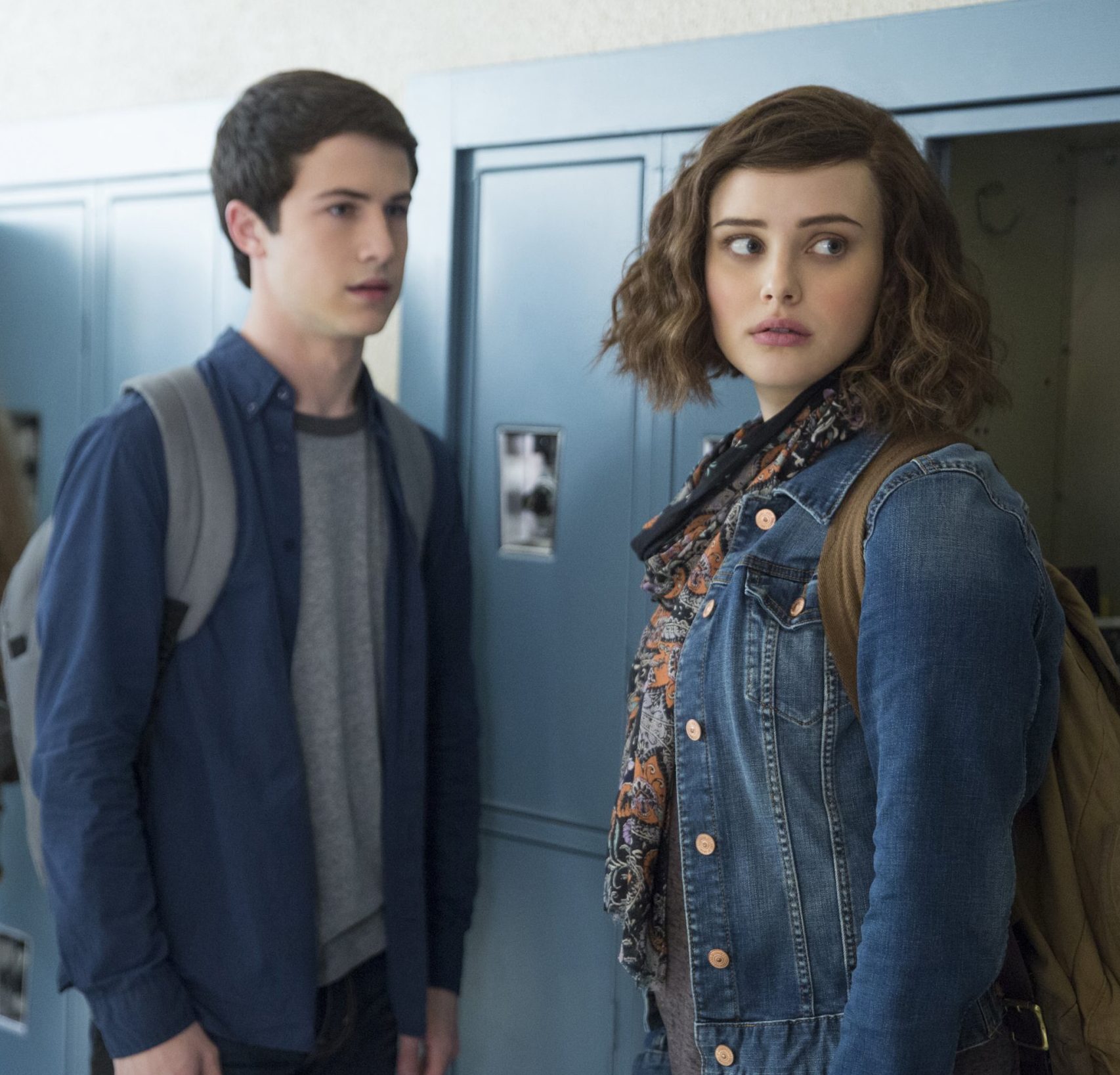 GuysLikeU editor Christian Guiltenane hits back at those calling for 13 Reasons Why to be axed due to its stark depictions of hideous life events.

Last week the second series of controversial teen show 13 Reason Why arrived on Netflix and has already caused quite a storm with its depiction of a graphic male rape scene, with some calling for the show to be scrapped.

For those unaware of the series (based on a YA novel by Jay Asher), season one told the story of Hannah Baker, a teen high school student who took her life and recounted her thirteen reasons why she did in a series of recordings that she sent to those she held responsible for her drastic action. 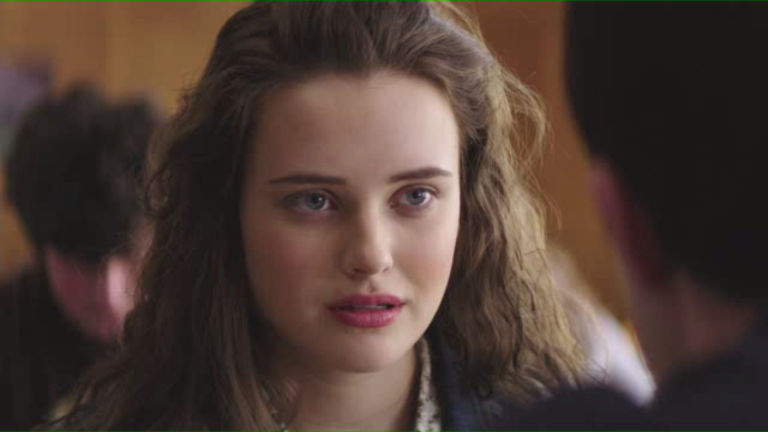 READ MORE: “I WAS RAPED LIKE BLAIR ST CLAIR FROM RUPAUL’S DRAG RACE”

Although any drama dealing with teen suicide is likely to illicit criticism, the finale, which saw Hannah graphically slash her wrists in a bath, provoked an unsurprisingly angry response.

Some complained that the show crossed a very fine line and should never have screened the process in such vivid detail, fearful that impressionable teenagers could be inspired to follow suit. It was reported that after the series dropped there was a spike in Google searches about suicide though the makers of the show argued it meant a discussion had been opened which is only a good thing. 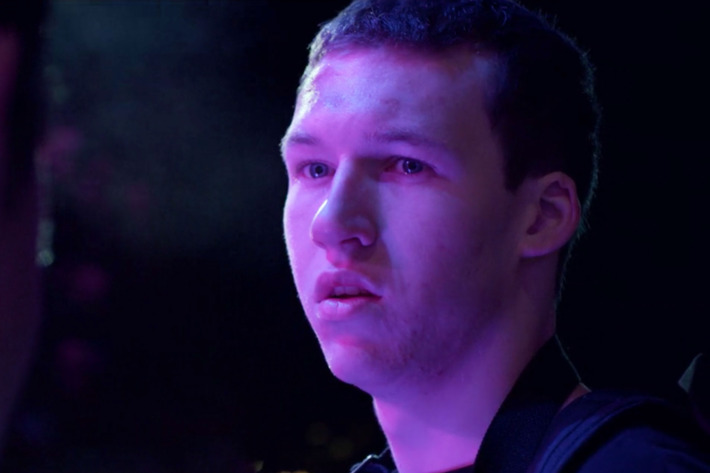 Similarly, the finale of the second series which sees school geek Tyler being brutally raped by a gang of jocks is brutal and eye-watering and has come in for criticism, even though showrunner Brian Yorkey maintains that he and his team are committed to “telling truthful stories about things that young people go through in as unflinching a way as we can.”

And I agree, I think the show does and I hope Brian and his very talented cast continue to do so. While many calling for the series to be axed, I would argue that it should become part of the school curriculum so that pupils and teachers can discuss at length the issues raised in it. 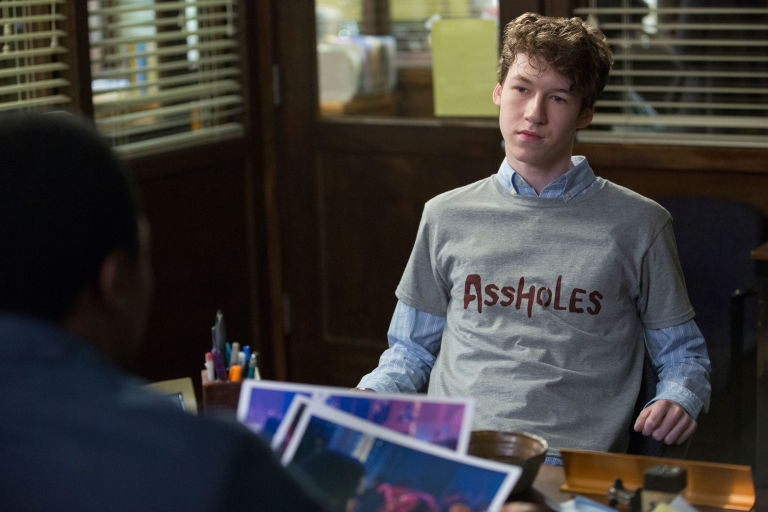 Yes, the show is a drama first and foremost and is packed with gripping twists and turns designed to pull the viewer in, but it is worth noting that the drama that is aimed squarely at teenagers isn’t a fluff piece like Hollyoaks and boasts a rather sombre and respectful tone.

The writers and producers take the subject matter very seriously and even though the depiction of suicide and rape is graphic, it’s not designed to titliate. In fact I would argue it serves up these horrific life events in a brutal, graphic and coldly realistic way that I would argue would make viewers balk as opposed to think of them presented in a romanticised or titillating way. 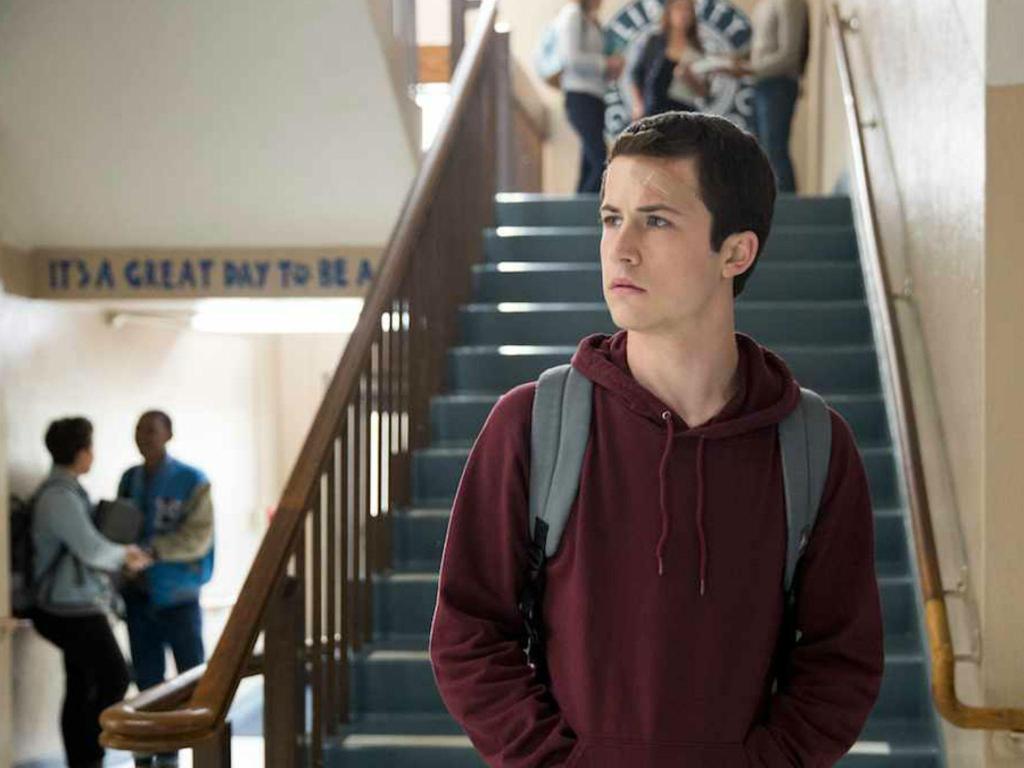 READ MORE: “WHY I HAD TO FORGIVE THE MAN WHO RAPED ME!“

When I watched Hannah’s suicide scene at the end of season one, I was brought to tears as I saw a character I had watched being destroyed throughout the series reach a point in her life where she could take more. I found the scene very effective in showing the utter despair the character was suffering.

The scene was long, painful and uncomfortable to watch. In no way did it offer a romanticised view of suicide. In fact props to actress Katherine Langford, she made the ordeal look like the most dreadful experience anyone could endure. 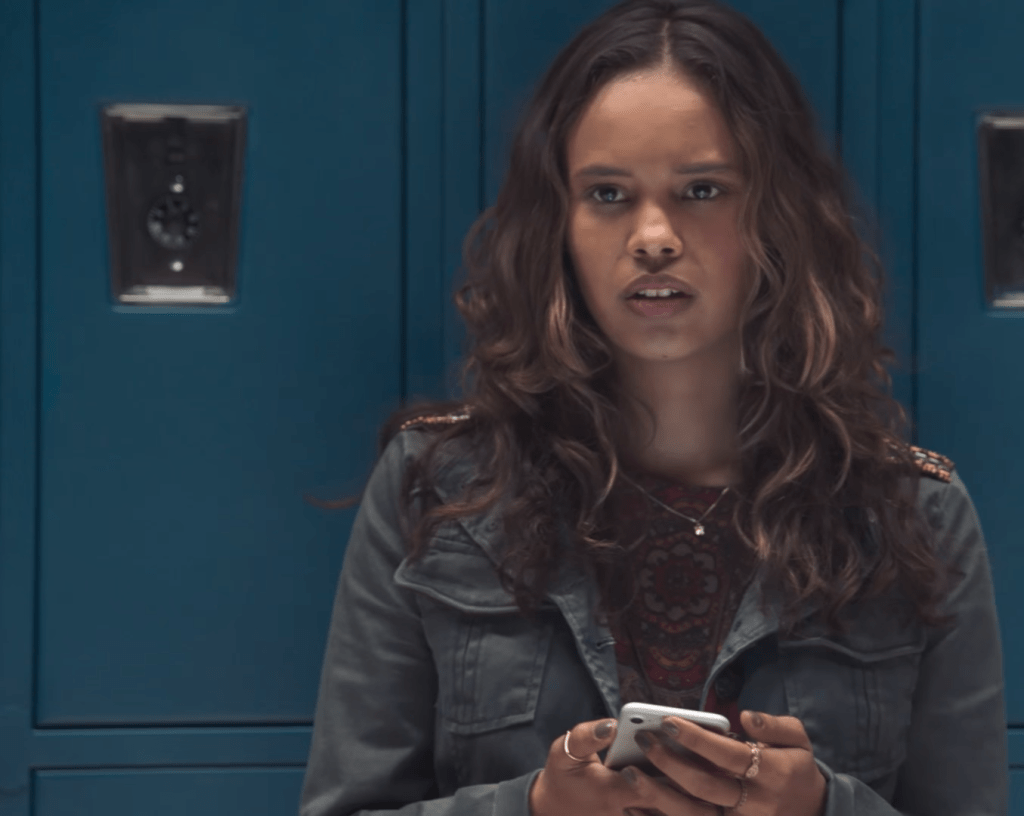 READ MORE: AUSTIN ARMACOST: ‘I FEARED I HAD HIV AFTER I WAS DATE-RAPED BY A POSITIVE GUY!’

And this is important. In so many shows, as in the recent Coronation Street storyline in which Aiden takes his life, the act of suicide is off screen, leaving it up to the audience to imagine it. This is far more dangerous, in my opinion, because we will instinctively censor what we want to see and therefore the true horror of the action is never experienced. Watching 13 Reasons Why’s brutal suicide scene, it was clear that the process taking one’s life is not a pleasant experience and young people need to see this.

We live in a world where they know a lot more things and live lives that are not easy. Male suicide is on the rise and men are only beginning to talk more about rape. Campaigns don’t seem to be working, but could a show like this help? I certainly think so. 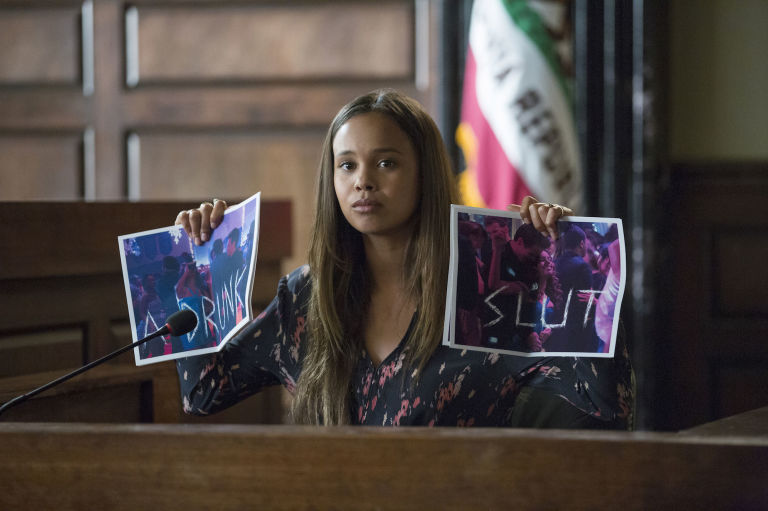 There are kids who are cruelly bullied, kids who are contemplating suicide, guys and girls who have been raped. A lot of them have experienced the tough lives many of us only see depicted on screen. Shows like this open up these taboo subjects and give us all a chance to talk about them and in turn make it easier for us to open up.And in school, it is a great controlled environment where those who are vulnerable can be looked after.

Yes some people maybe be influenced by what they see, that will always happen regardless of age or experience, but the scenes in 13 Reasons Why are so graphic and cold that I believe they will help show people that suicide is a horrible death and that rape is a hideous violent act in a way they haven’t seen before.

In fact, research done by Netflix say that there was a lot more discussion raised by the events they had seen on screen and this can be only a good thing.

Ironically you will find that it’s the grown ups who have been more upset by the show’s content, most likely because they have grown up in a world that was televisually softer. In the age of snowflakery (is that a word? It is now!) I think it’s time that we treated young people with respect and acknowledge they are worldly wise and intelligent and can view tough material like this and deal with it.

The irony, of course, is those who are not happy about teenagers watching serious dramas dealing with such taboo subjects in a sensitive way are much happier for them to watch horror and action films in which people are blown apart and where rape is used as a throwaway plot device. Madness! 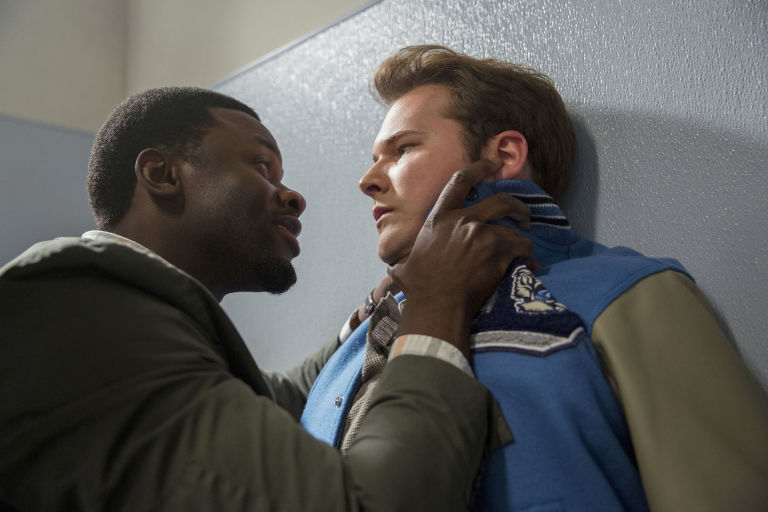 So I say long live 13 Reasons Why and I really hope the show continues to run and run and push boundaries. I am actually disappointed that the show’s producers have decided against the potential plotline in which Tyler becomes a school shooter because I think that would have been an amazing and fresh narrative for a third series as we watch in detail what would have led him down that path to take such drastic action.

Catch up with series 1 and 2 on Netflix and check out its spin off documentaries on Netflix.