EXCLUSIVE Anton Hysen: “I said to myself, if they don’t like me after I come out, I will just delete them from my life” 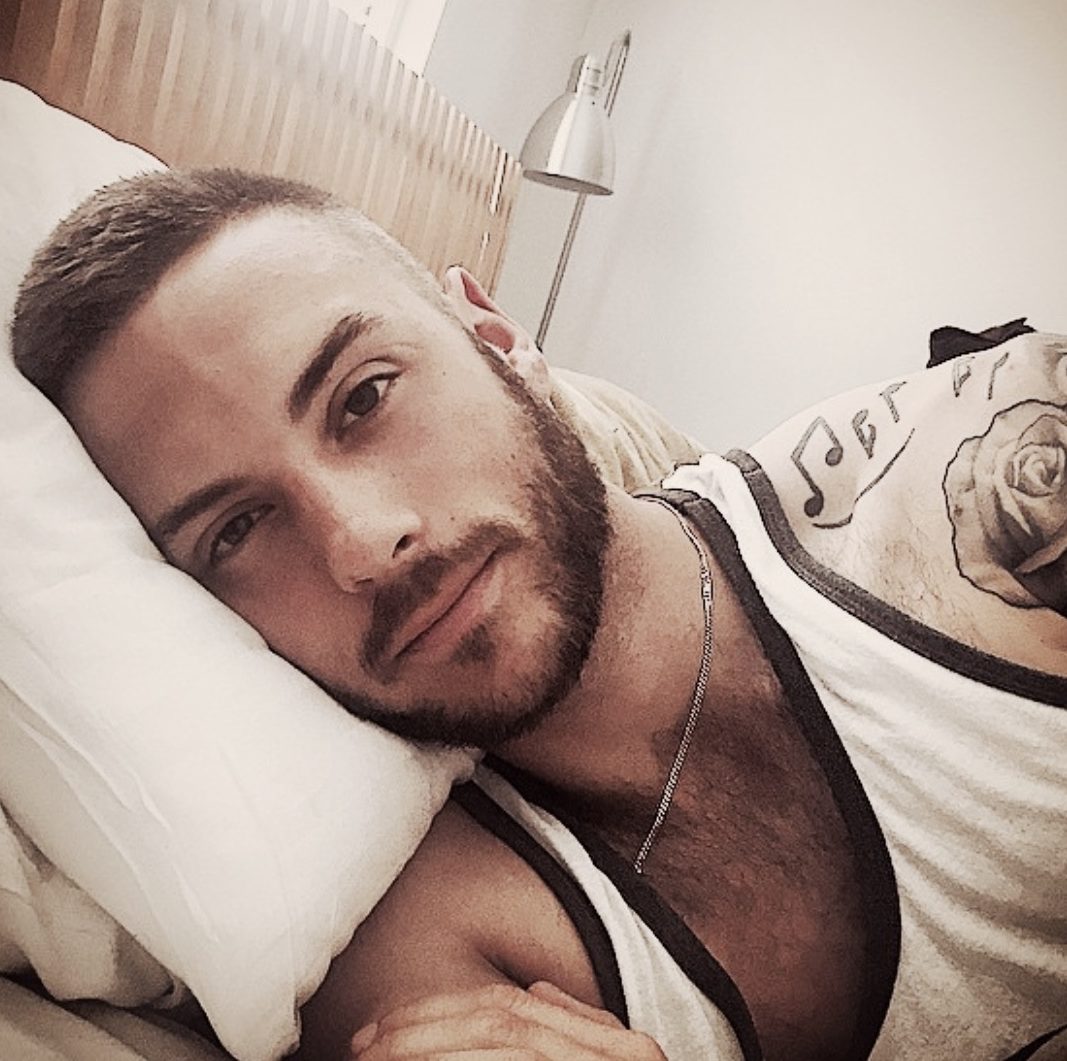 Footballer Anton Hysen speaks to GuysLikeU’s Christian Guiltenane about life after coming out, why he thinks footballers shouldn’t be forced out of the closet and why we as a community need to remain strong.

When Swedish footballer Anton Hysen told a magazine that he was gay back in 2011, he never thought it would cause such a big deal. After all, in his mind, he had known for as long as he could remember that he liked guys more than girls and he had been happily out to his friends, family and teammates for several years.

But when he spoke about being gay in Swedish sports magazine Offside, he had naively forgotten that as an active professional footballer, his refreshing and frank honesty would send ripples across the world of sport. And it did.

No sooner had the magazine hit the stands and Anton became an international hero, a beacon of hope and a role model – all because he had been true to himself.

Now, six years on, he realises just how important his stance actually was and has since used his position as a role model to encourage young people coming to terms with their sexuality to feel confident and secure enough to be open up about themselves when they and only they are ready.

We met up with the very dashing Anton to discuss his journey, how life has been since and looks for to the future….. 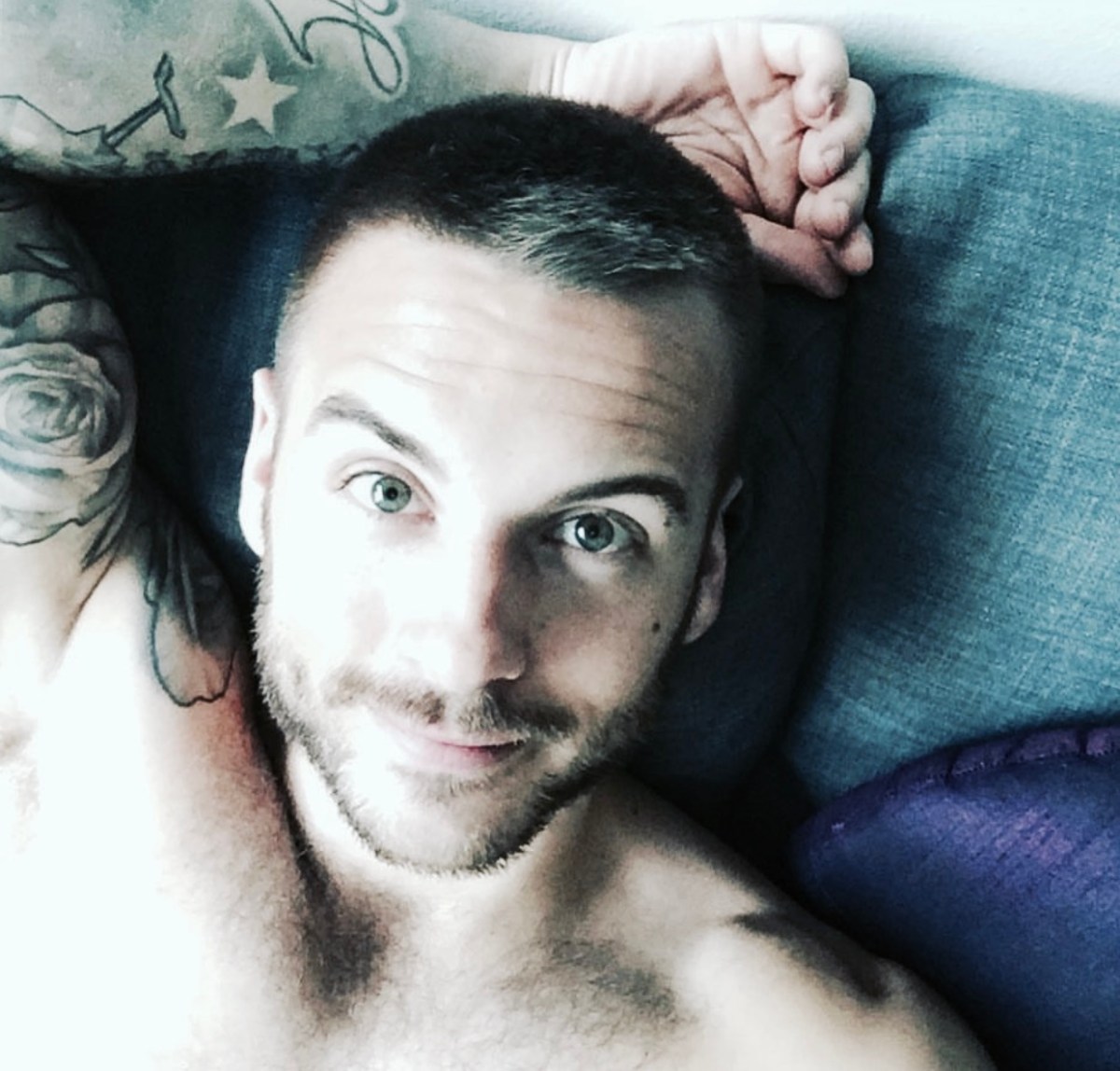 Going back just a wee bit.. tell us when you first realised you were gay?

I’d pretty much known my whole life that I was, but kept it to myself for many years until I felt ready to tell people. I eventually decided to come out to friends and family around the age of 19. To be honest, I can’t really remember my first experiences, but as I was growing up I do remember that I watched the guys a lot more in the movies than the girls. 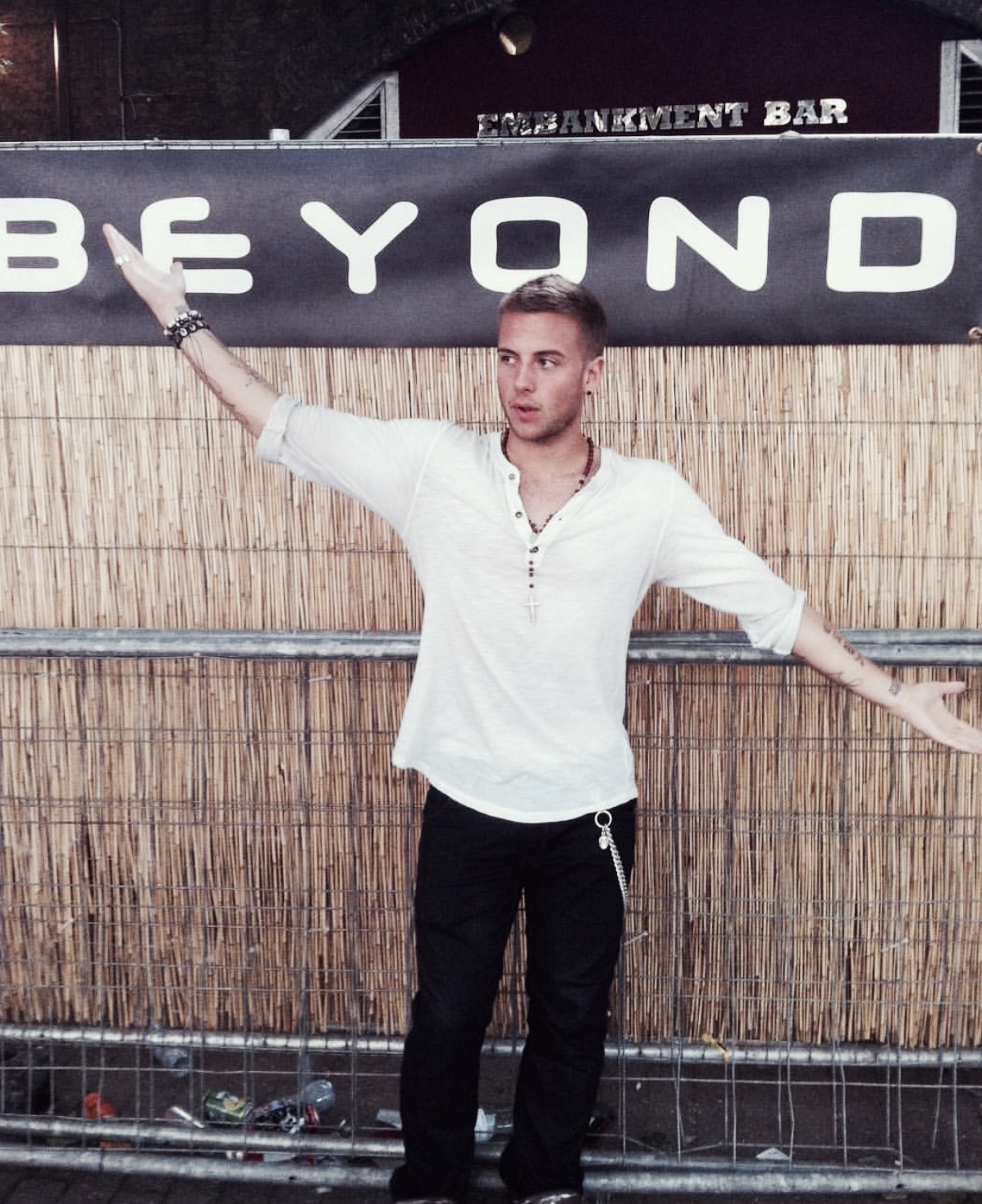 Was being gay ever something you worried about?

If I’m honest I don’t think I ever went through a period of not wanting to be gay, but of course, who doesn’t worry about what people are going to say about you. And I guess in some ways, I was nervous. But then eventually, I just thought to myself “screw this” – if you don’t like me after I come out, I will just delete you from my life.

Was there someone you were most worried about telling?

I’d say telling my dad made me very nervous because he was your typical macho football player, and I couldn’t help but wonder what he would think about having a gay son. I admit I was a little worried about telling him but at the same time I told myself that my parents were the ones who created me and they so should be proud of me, love me for who I am. If that’s not enough, I said to myself, then I didn’t really want to have that person in my life anymore which, of course, would be sad. Luckily my mum and dad were supportive about me being gay and that gave me strength. How did you actually tell your parents?

I sat my mom down one morning before school and told her I was bi. Mum responded by saying, “no son, you are gay, and it’s okay!” Now that was kind of amazing, right? I never really had to tell dad as he was along the ride and kind of knew all along so there was no big issue.

The first person I told was my female cousin who had just came out to me at the same time, which was pretty amazing and made it a lot easier for me. I have to admit when I told people every one took it really well, not one person rejected me. At least not that I know of anyway. I think everyone has been kind to me. 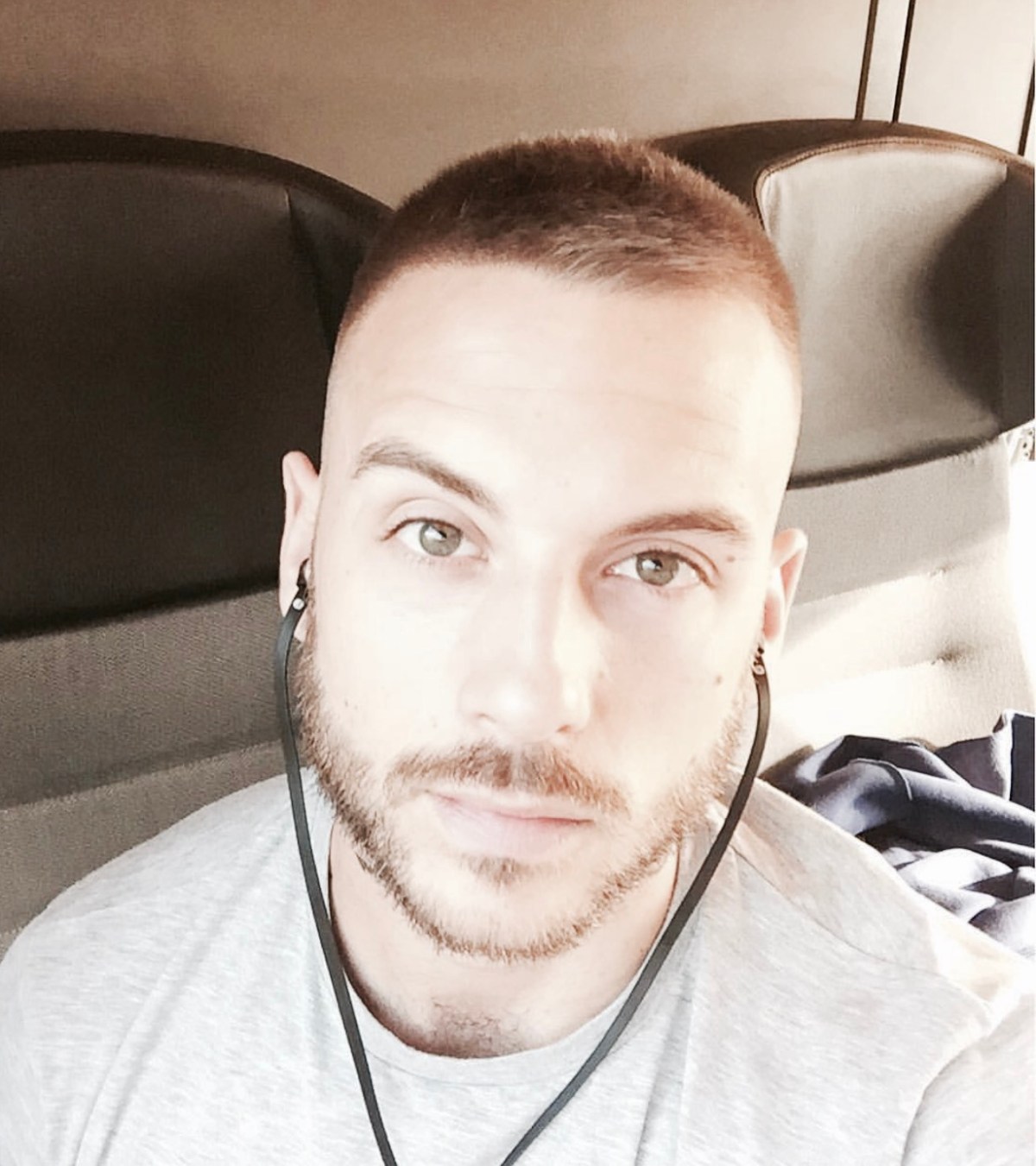 What was school like for a young gay guy?

Well,  as I said I wasn’t fully out to everyone to start with, but in my last year at high school, word spread about me and people got to know. But I never really encountered any problems. I think people could see that I didn’t give a shit, that I was happy and comfortable about being gay and I was happy playing football. 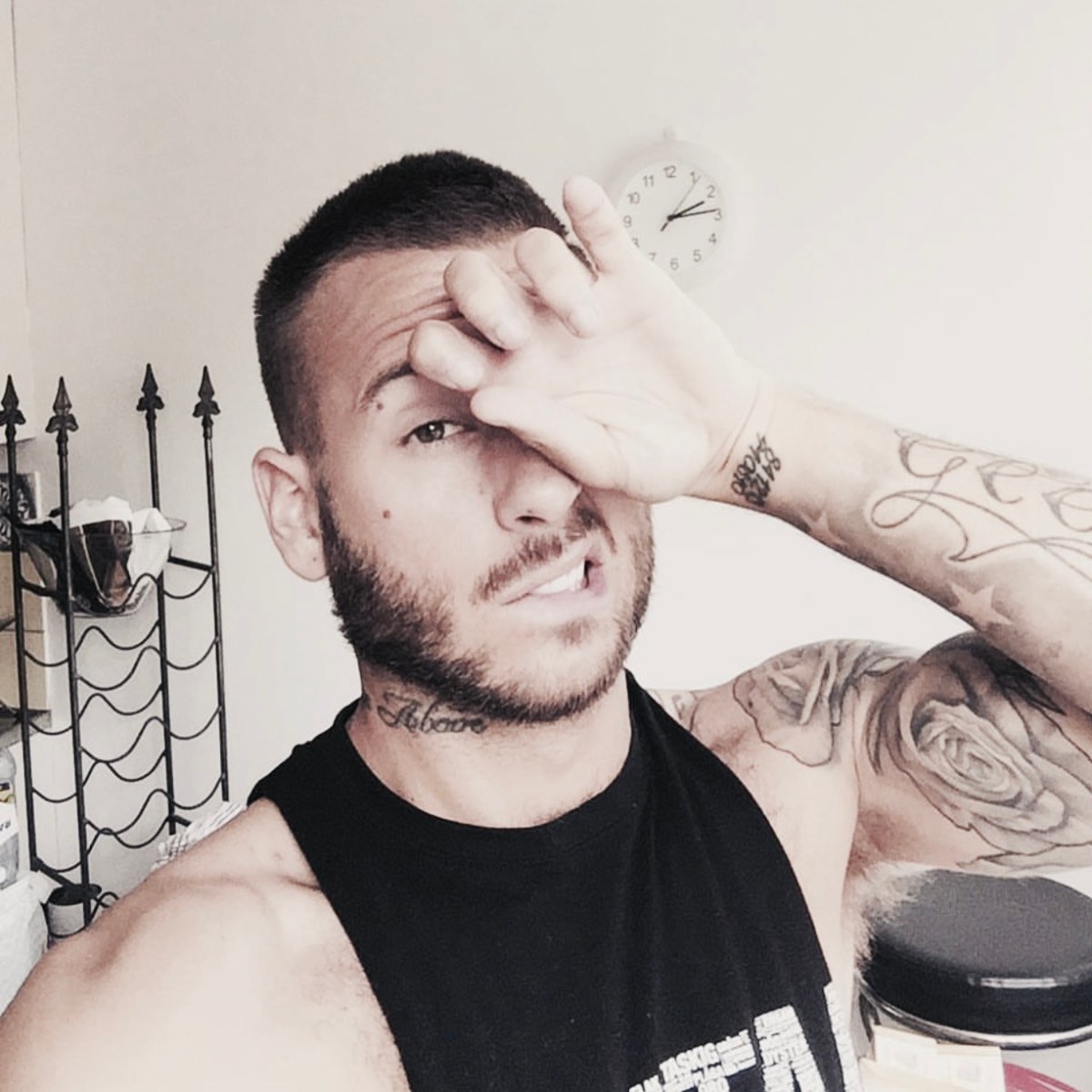 Did you throw yourself into the scene.

It’s so huge so I didn’t really understand it if I’m honest. These days, I go out occasionally to gay bars but very rarely. It’s fun that we can all be together in a safe place and meet people who you can relate to, but I tend to like to go to all sorts of places with my friends. 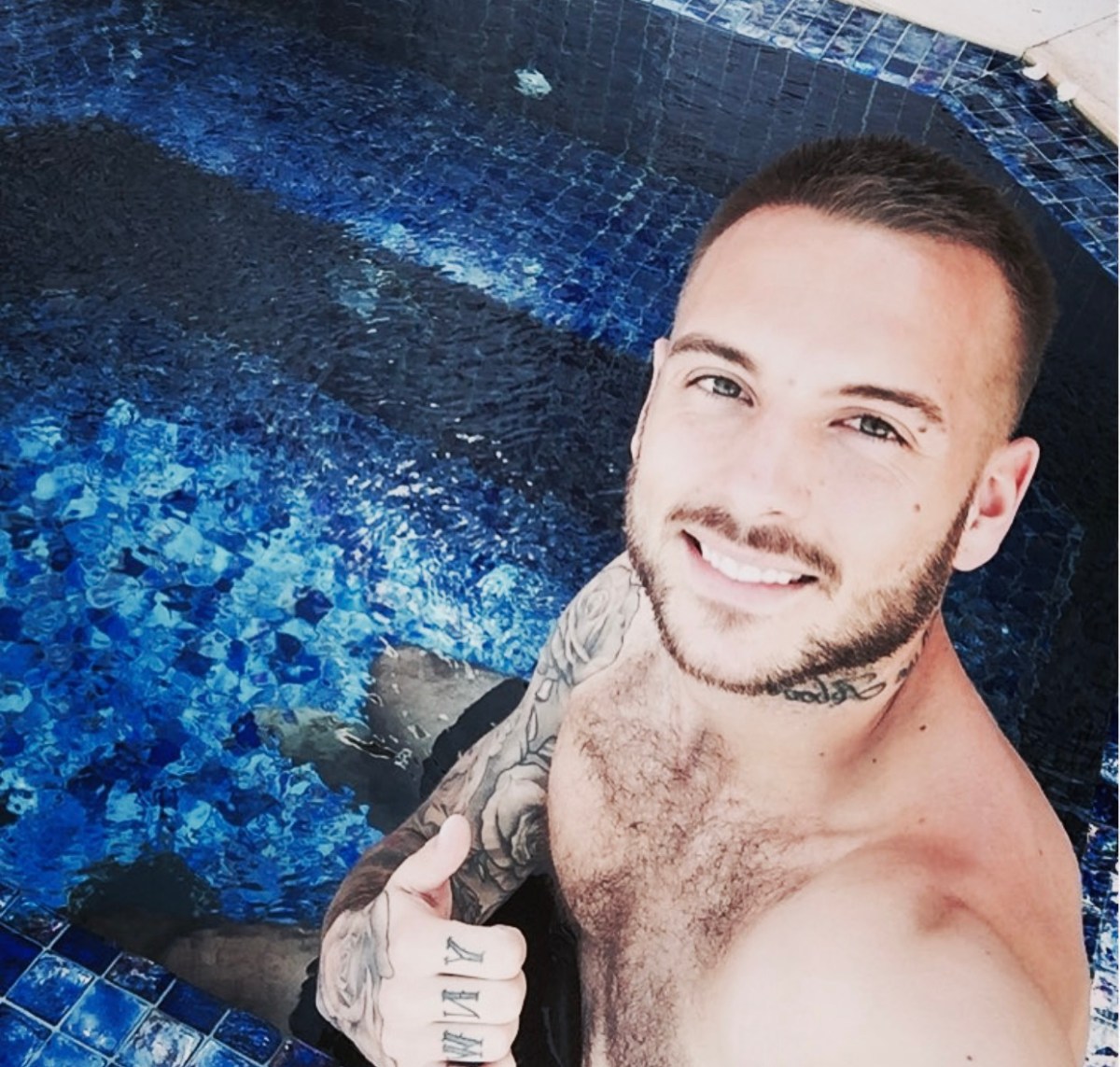 Before you came out publicly were you dating girls? Did you lead that typical footballer’s lifestyle?

For a while, yes, I was living that typical lifestyle and yes it was a bit frustrating to be living a lie. But eventually I had to be true to myself – and the rest is history. 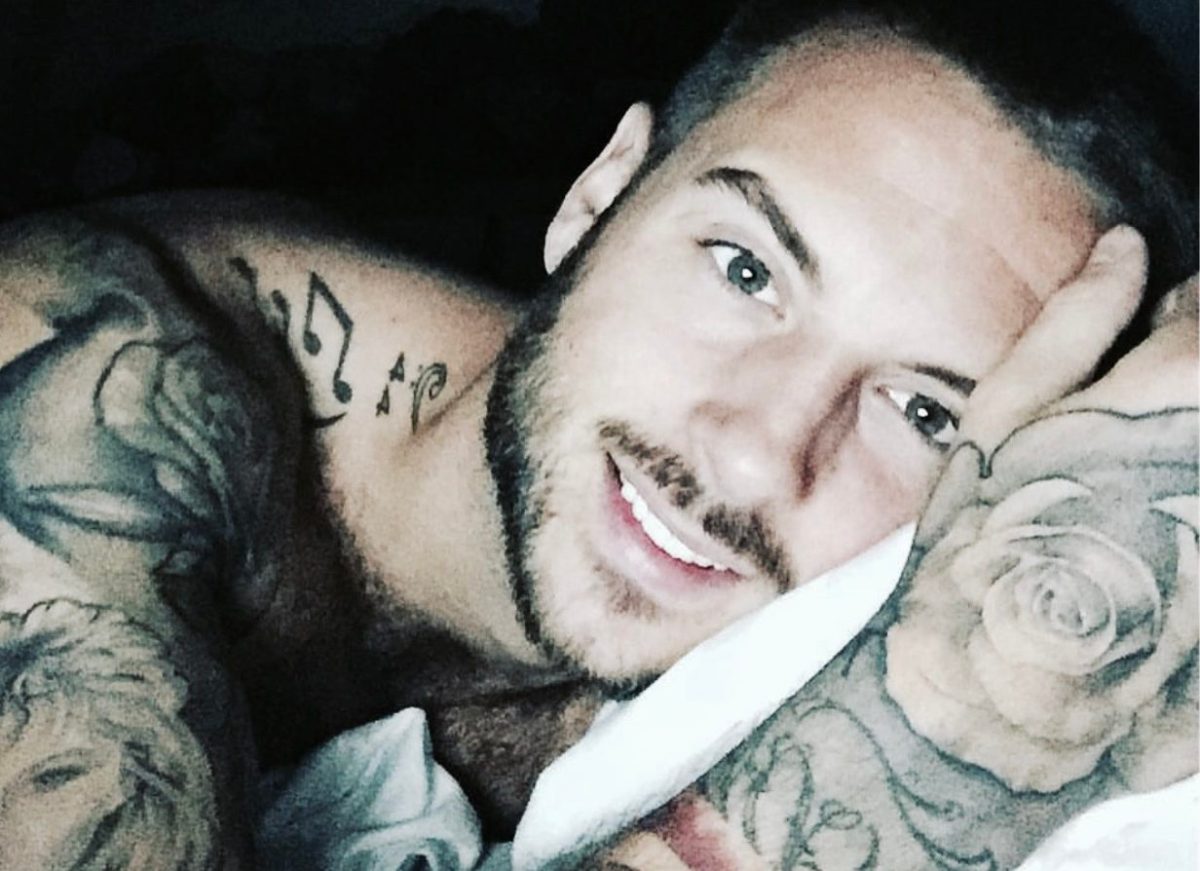 You said you were open with your family and friends – when you joined your first football team were you open from the outset?

I was already out to them so that wasn’t a problem and they were just fine with me. I had no problems and we had a great relationship. They respected me. 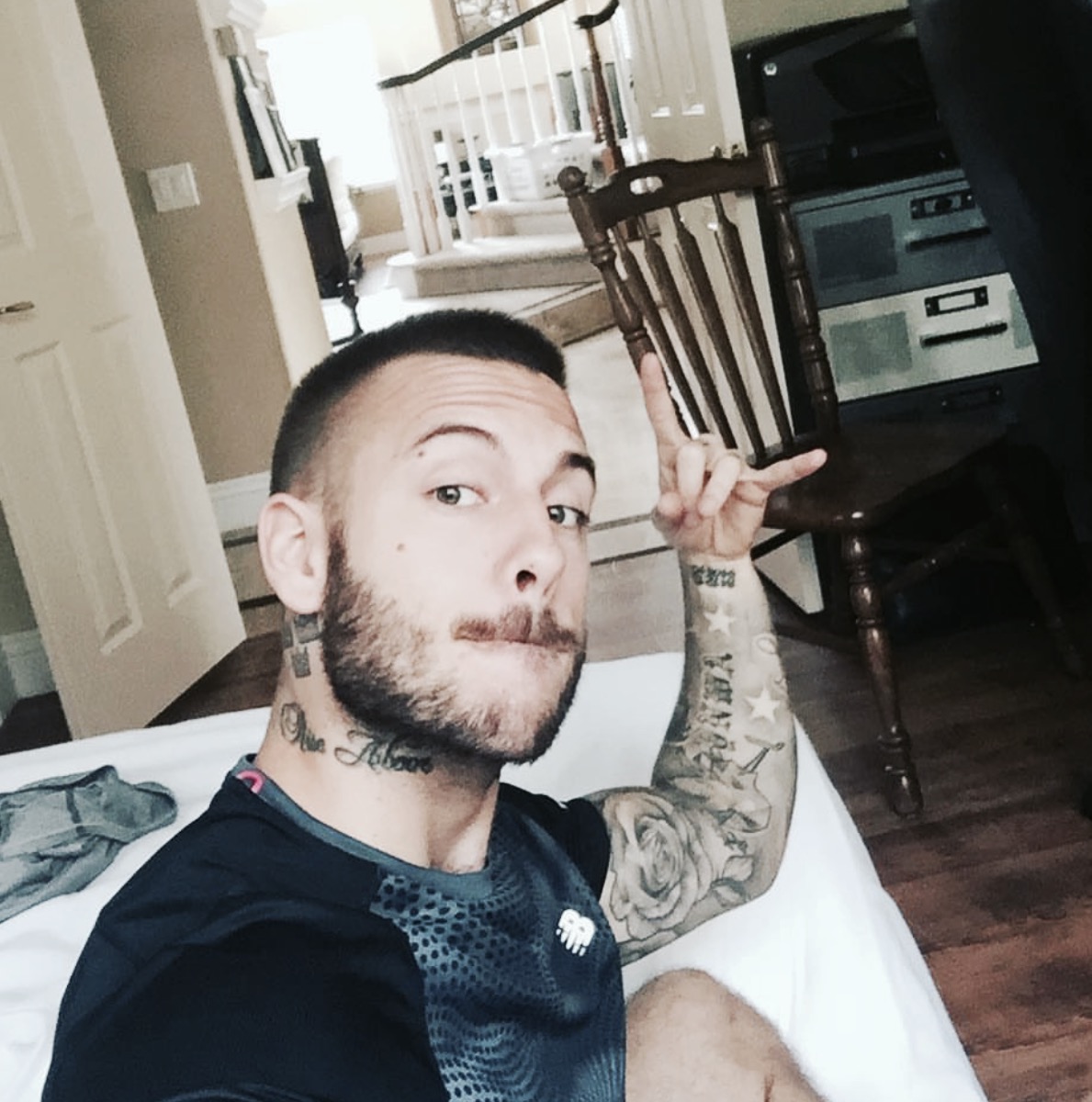 Have you experienced any homophobia along the way?

Every now and then I might hear nasty comments but I know these come from uneducated people who are afraid of something that they just don’t know about. But I hardly hear any thing bad anymore.

Have you aware of any other gay players?

I haven’t met any, but I have received many letters and emails from some who are. But it is up to them and only them if they choose to share their personal life with the public. 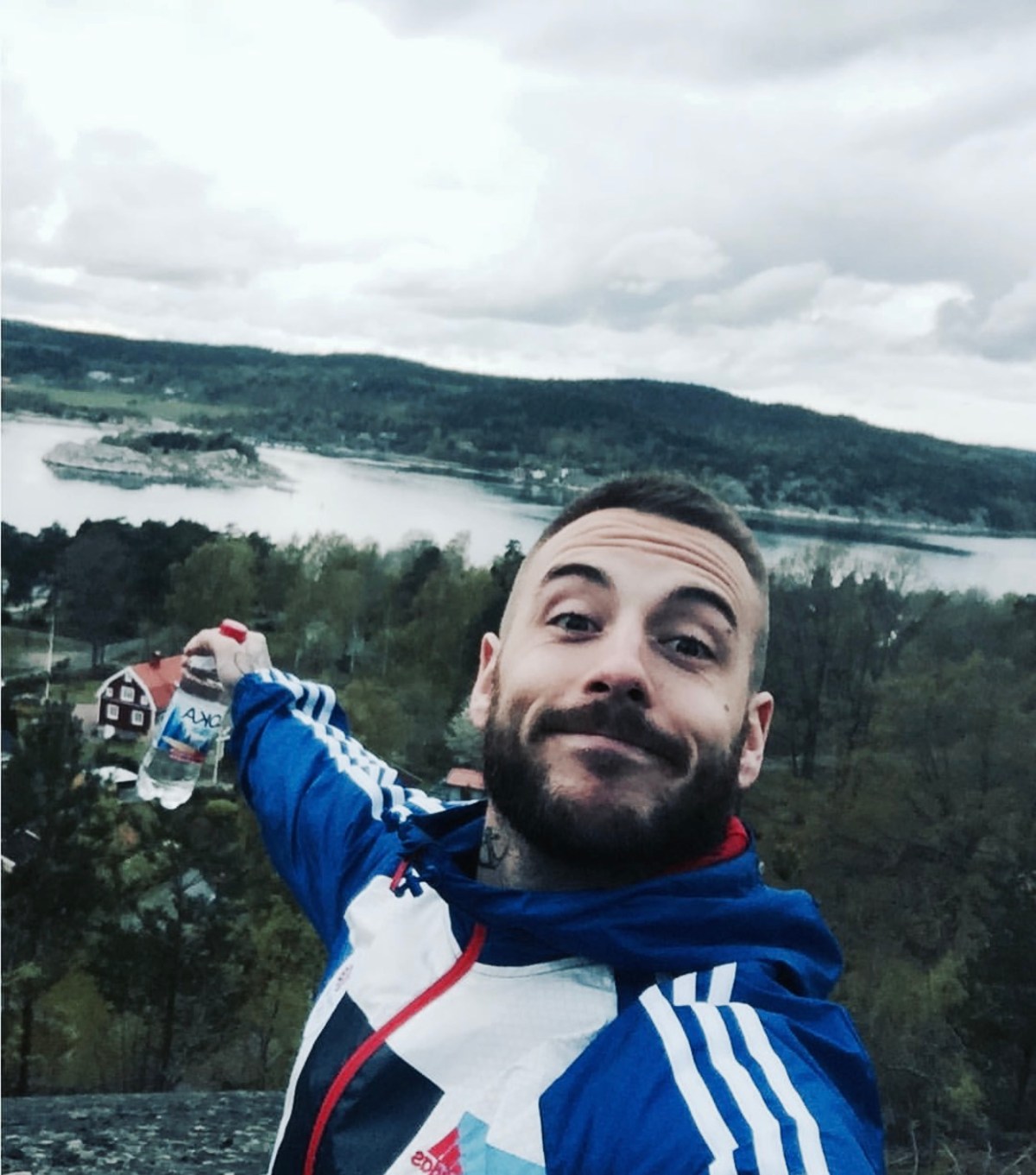 You must have had loads of famous gay guys message you for dates. Did you take advantage of that and go on a wild dating frenzy?

Haha! No. I find the whole celebrity dating thing a little bit shallow, so no! If there was someone out there who would be nice enough for me and didn’t care about the whole status thing then yes, I would be happy to date them, but I’m all about the person, not what they are or how famous they are.. We’ve seen quite a few rugby players come out, but football still seems to be the sport that isn’t the easiest environment to be gay in. Why do you think that is?

Well, I guess it is still the biggest sport in the world and has sponsors from across the world interested in paying lots of money to be involved in it. Also so many people watch football and I guess for some players that can be very hard for them to stand up and share something that to them is so very personal. It can be frightening to be so honest in public. You really have to be strong minded. 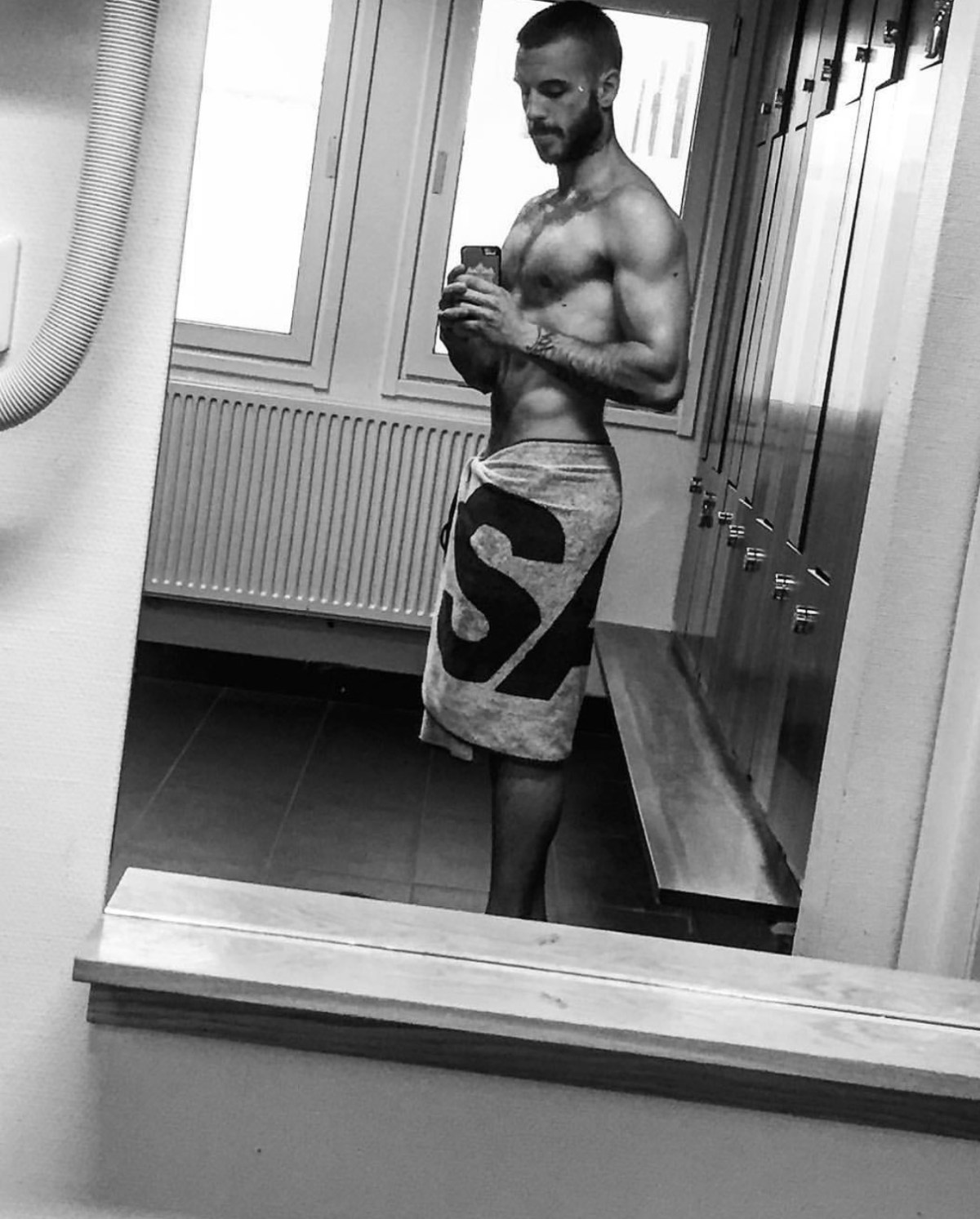 There are supposedly several gay players in premiership football teams in the UK. Do you think they feel pressured to publicly come out to make a point?

Nobody should be forced to come out to end the stigma. Coming out is a very personal experience and every single individual should do it when they are ready, not because someone else thinks you should. However, the more and more footballers who do come out, will help the world to realise that we are all welcome in the sport.

When you come out in that Swedish magazine, did you realise you were about to change the world?

Not really, no! I genuinely thought it was just going to be a small little article that came out for Swedish people. Then it became HUGE. But luckily the reactions I had were mainly positive, so I was so happy about the way it was received. Fans seemed to love what I did and still do and show me a lot of support. People still stop me around town telling me how important it was for them to have someone to stand up and to be so open and relaxed about being gay. I was particularly surprised by all the big sport stars who talked about it. 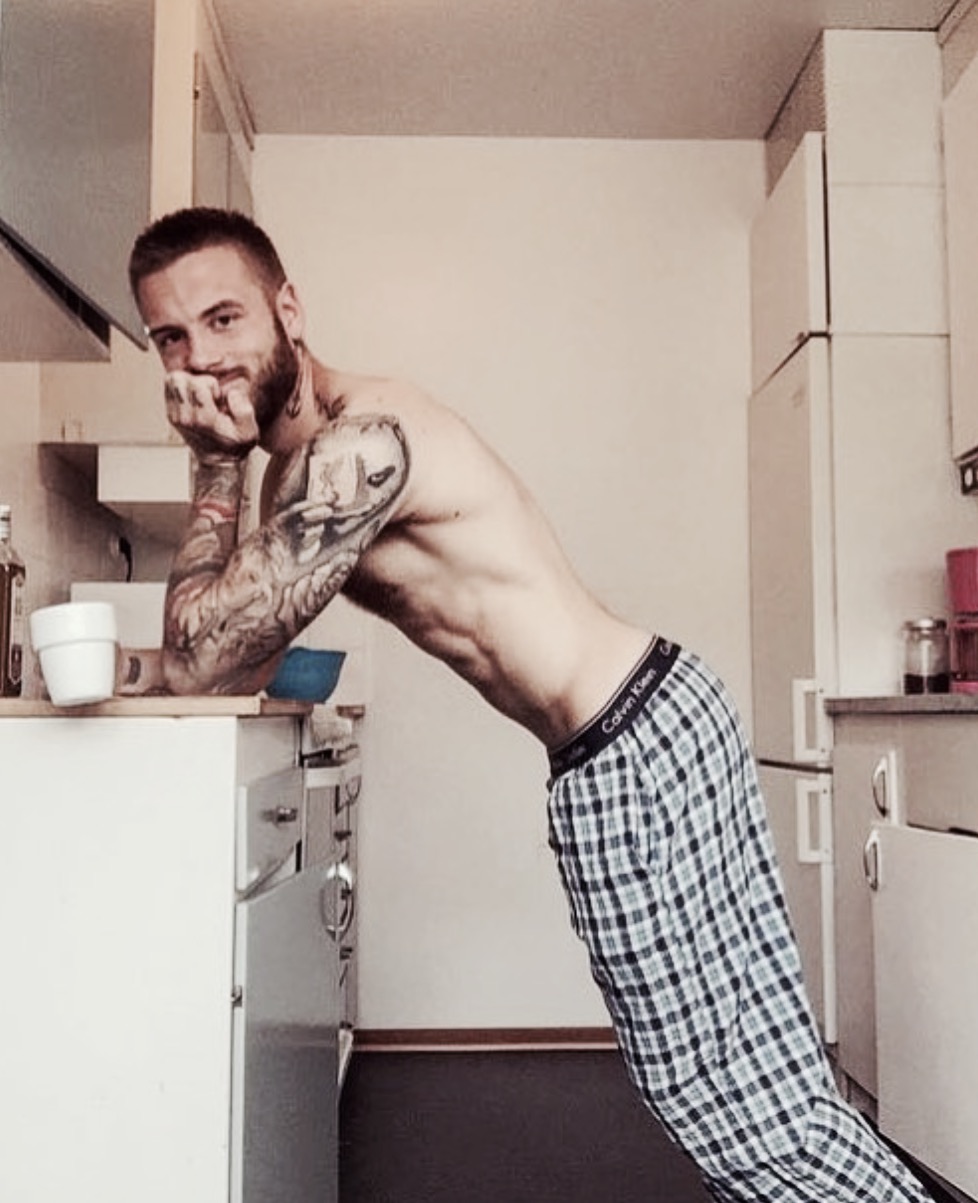 Did you think you’d open the door to more footballers coming out?

I guess I did, absolutely, because I thought it would have helped them. Finally they had someone who was out there playing actively and being so open about it. To see someone out there being open and honest and happy really does have an effect because they can see that it’s perfectly fine.

And yet still so few have come out….

I have to admit I am surprised there haven’t been more footballers coming out but as I say, it is such a personal experience and for some still such a hard one. But things are changing and we are working slowly toward a better future. We can see all these campaigns and events we do for the LGBTQ community in football. We are lucky that we live in countries that are pretty progressive.  Is it hard to believe that in other countries people are still being persecuted for who they love?

I find it disgusting that some people will not let people love who they want to love. It breaks my heart. But we have to be strong. Terrible things have happened to our community, but we have to keep fighting. The Pulse nightclub shooting in Orlando was heartbreaking. I still cannot understand how someone has so much hate in them to do what he did. I’d been to the club before and was deeply saddened by the terror attack on such a friendly environment. And then we have these terrible happening in Chechnya – it’s just unbelievable in this day and age. I am angry that no one seems to be making a big deal about what is going there. People’s lives are on the line.

What can we do about it?

Sadly, I really don’t know what the next step should be, but I think something has to be done soon.