Alex Mytton: ‘I Still haven’t spoken to my mum about that naked picture’ 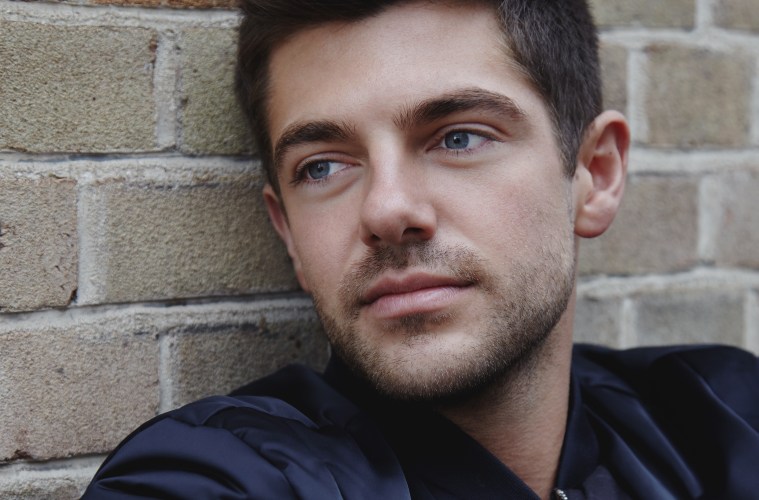 There’s no two ways about it. Alex Mytton, the lush-haired casanova from Made In Chelsea is one handsome so-and-so. So it’s little wonder, ravenous girls flock to him like flies to a bin bag, while us gay guys can only dream!

But as we’ve seen from the past few series of E4’s must watch reality show, while he maybe physical perfection (just check out his bod and swoon!), he’s a man who has certain weaknesses, especially when it comes to women. Actually, let’s rephrase that. He seems to have weaknesses when it comes to women whilst he’s dating someone else! Remember the Binky fiasco? Oh Alex, what were you thinking?

In fairness to the dashing fella, Alex is honest about his dodgy past misdemeanours and says he has definitely learnt from his many mistakes. And who are we to hold a grudge, eh? Not us.

But there’s more to Alex than what we see on Made In Chelsea. Away from the catfights and caviar of Chelsea, he’s been busy forging a hugely successful career as a DJ and producer.

Here, the suave swoonsome dandy, tells us about his secret career, how he’s managed to sculpt such a desirable body and trying to shrug off his reputation of a cheat!

So Alex, away from the show, you’ve been busy moonlighting as a DJ/producer. How did you get started?

It kind of happened organically really. I’d always flirted with the idea but didn’t do anything about it until after uni. Two of my best buds produced and were DJs so I started jumping in at some of their gigs and then bought myself a pair of banged-up old decks and a mixer. After Djing for a while I decided to get in a studio and see if I enjoyed making tunes and then things kind of went from there.

Was it a hard process to get the knack of ?

Djing and mixing I managed to pick up fairly quickly, producing on the other hand is a bloody beast and still have an unbelievable amount to learn!! 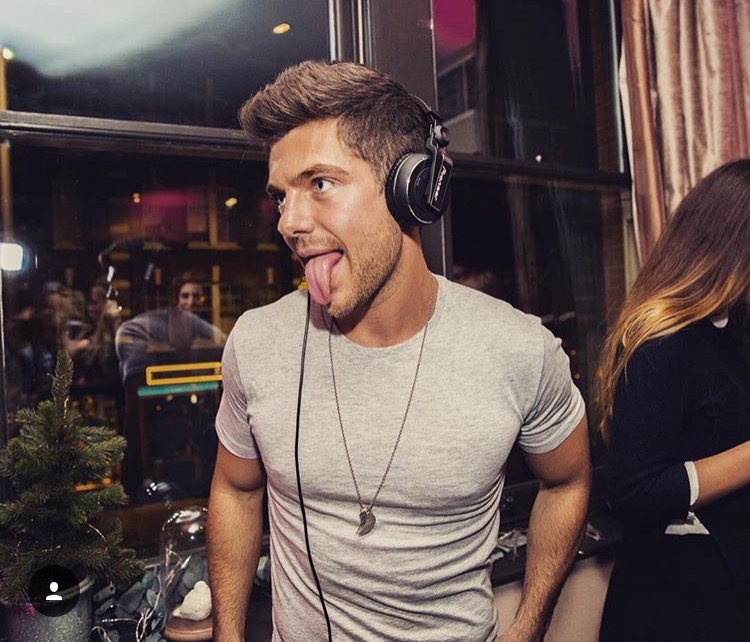 Were you musical as a kid? Did you play instruments?

As a kid I was super into my music, but incredibly lazy!! I was too busy playing kiss chase and never managed to claim an instrument!!

I’ve been saying for the last three years that I will learn the piano and become fluent in French…so far nul points on either!

Who do you work with?

I work in a studio in Notting Hill that my manager runs which makes studio sessions fairly easy to get hold of! He runs a collective of artists under the name Bright Young Things and a few of my good buds are part of the collective! That means studio sessions are often not as productive as I’d like. In terms of artists, I’ve worked with so far my track Electric had the amazing Julia Biel on the vocal which sounded awesome! 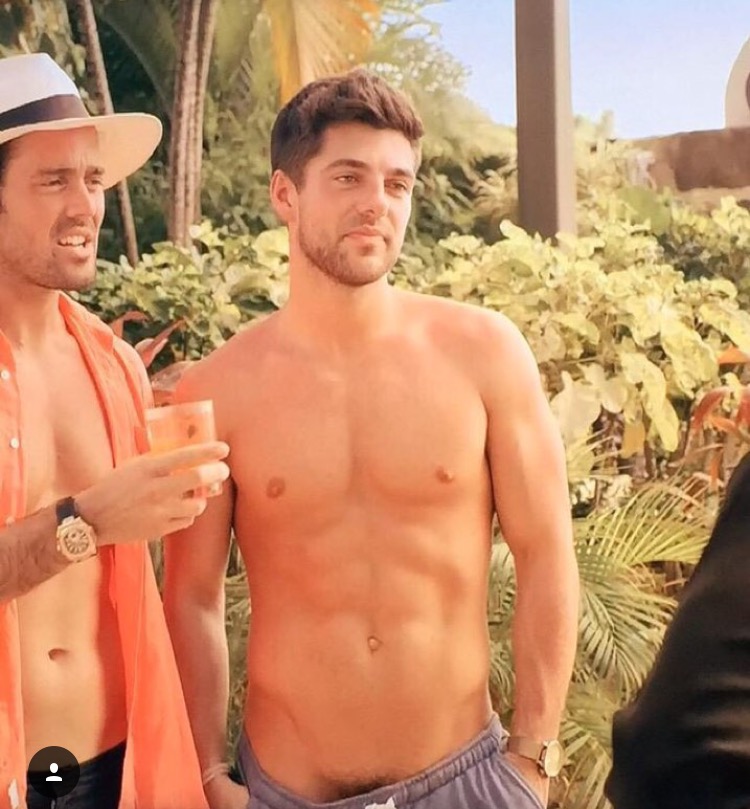 Letters is a pretty fab tune – is that you singing on it?

I wish!! No, it’s a buddy of mine. One day I might, just might get the balls to sing on my own track but I fear it may result in a Cher-like ear monstrosity. That’s not to say Cher is bad but instead commenting on the level of the effects having to be placed on my voice. Ha!

Electric is corker too. It’s quite poppy! Have you considered writing for other people?

I haven’t ever thought about teaming up with anyone just yet, but if I could I’d love to have Anabel Englund singing on one of my tracks, she’s got a very very cool voice! I’ve been a big fan for ages!

You must be chuffed that they’ve played your tunes on MIC!

Yeah, it’s great when your stuff gets played anywhere so to have it on the show going out to millions was pretty sweet!! I didn’t really have to persuade the producers. I’ve got a great relationship with the guys from the show and I was DJing in Ibiza anyway, so it kind of made sense.

Being on a show like Made In Chelsea, were you worried people might not take you seriously as a musician?

Oh yeah, completely, I mean I still have to deal with that a little bit today. People assume that if you have a following and you turn your hand to something it absolutely can’t be genuine and has to be an elaborate facade. If you’re known for a particular reason it seems you’re robbed of the right to be known for anything else. I think it just takes time. 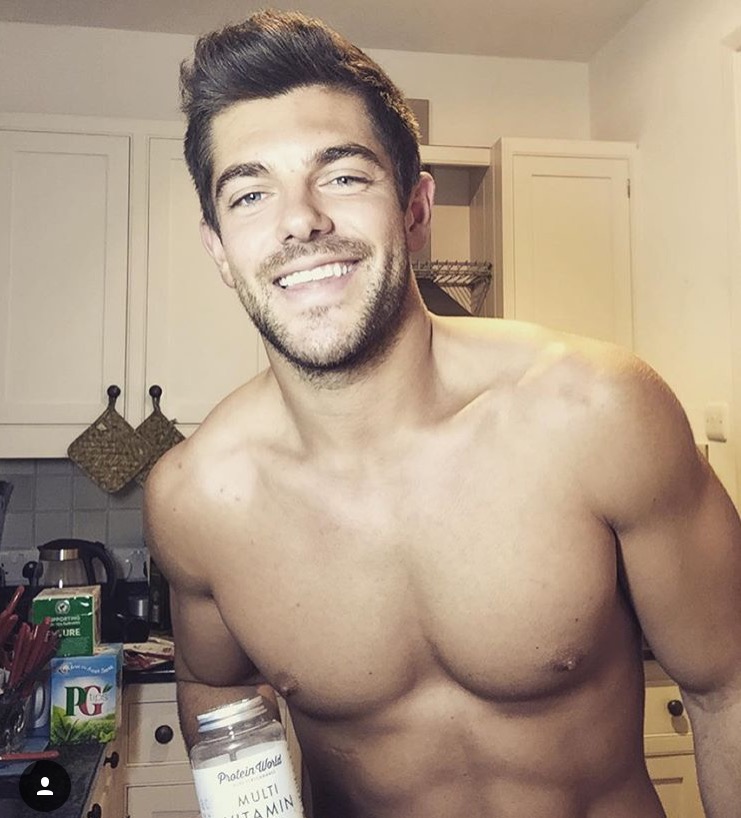 In the show we have seen a pretty icky side of you – do you regret showing so much of yourself away?

Yeah, I did get a bit icky, didn’t I! Ha! I mean, obviously it’s not great for people to see and think that way of you, especially family members but I guess I chose that path and when you fuck up you fuck up and you just gotta deal with it! Even more so when it’s on national TV!

Are you normally that kind of cheating type guy? Did you ever feel that’s what you became – Alex the cheat!

I may have cheated in the past, but I don’t see myself as that kind of guy…I will admit, I most definitely did become ‘Alex the cheat’ during the whole Binky fiasco, and a lot worse. But since then, I genuinely feel like I’ve ended that era. I’m now under the rule that if you want to cheat, you need to end the relationship.

Public reactions must have been horrendous. Did girls give you a wide berth when you were single!

Yeah, totally. I mean I was getting sent photos of men’s members being stilleto’d! Girls were seriously not happy with me! I guess people may have been wary of me and I most probably wasn’t seen as ‘lets take him home to meet dad’ material!

Do you think you get forgiven much easier because you’re so handsome?

Very kind of you to say, but I’m not sure. I used to get away with shit loads at school and that has seemed to extend beyond the playground.

You have a great physique… How much hard work goes into it? Or have you ever considered taking short cuts (i.e. steroids) like Spencer Matthews recently admitted to!
With DJing and filming the show it means I’m constantly travelling or out and about meaning gym time can sometimes be hard to squeeze in especially on a hangover but I try train like two maybe three times a week if I can. My gym LAX is literally a two minute walk from my place which is super handy and my trainer Robbi Isenberg is super good at fitting me in and getting me in shape when I need to be!! As for shortcuts, I have never been attracted to that if I’m honest largely due to the thought of what that sort of stuff can do to your body and insides also I’m not exactly training to become some sort of human-gorilla! I don’t need that, I’m just trying to keep slim! 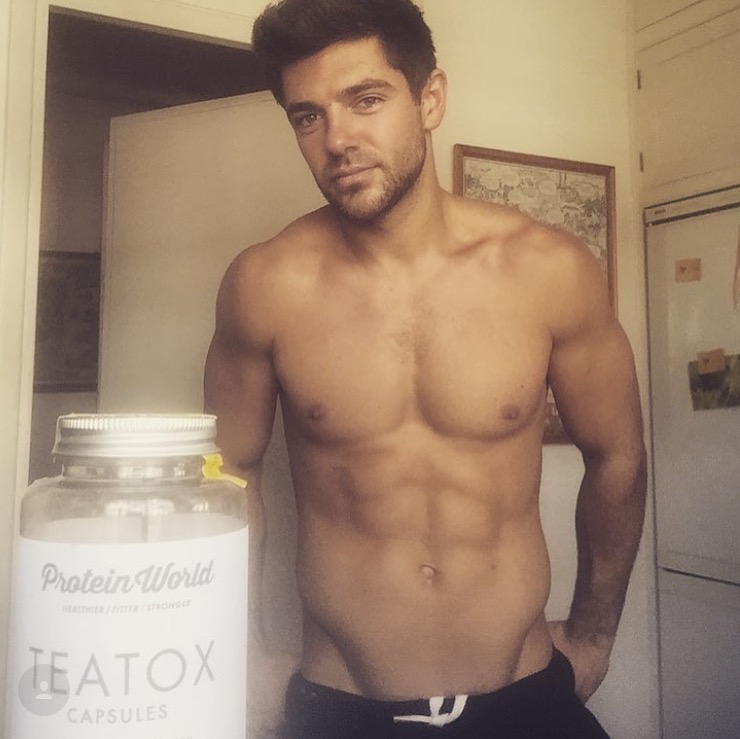 Your girlf recently posted a pic of you naked. And we were very impressed! Were you embarrassed? Or incredibly proud?
That was a bit embarrassing wasn’t it, put it this way my mum and I still haven’t spoken about it!

So give us the low down on how do you keep your bod in shape. What do you eat?
My diet is a bit of a dichotomy, late nights and djing, usually brings on bouts of eating pizza. 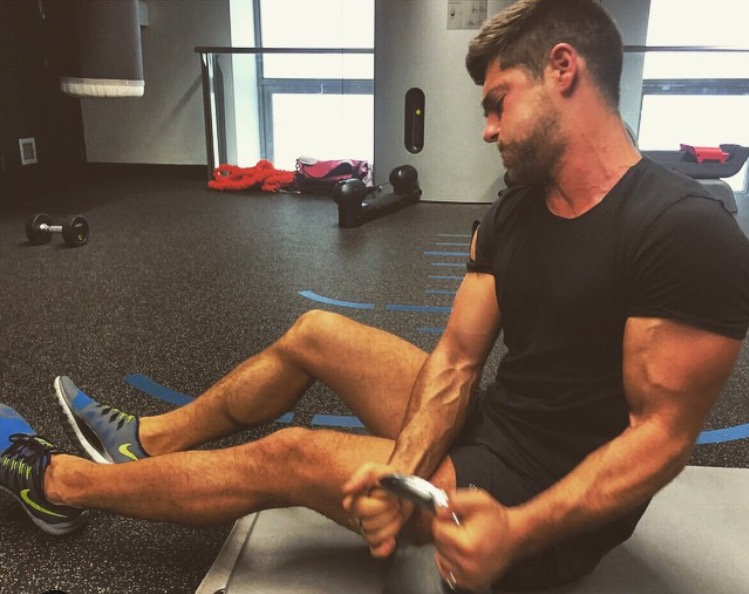 Have you cut out drinks to keep your weight down?
Yeah! I’m not gonna lie, the allure of booze is present in a lot of what I do and I do enjoy a drink when I play somewhere. But I have had to cut back a bit purely because I think if I carried on at that level I’d probably not be the chirpiest when I get to my thirties to say the least!

Which bit of your body are you happiest with?
I have no idea, my right little toe is a great little chap!

What would you like to improve?
I’m always looking to get in better shape so I have to stay away from junk food and booze a tad more. But I’d also just like to improve general health overall. I actually quit smoking for New Years last year…still going strong!