Simon Dunn: Should we really be trying to reclaim the word ‘faggot’? 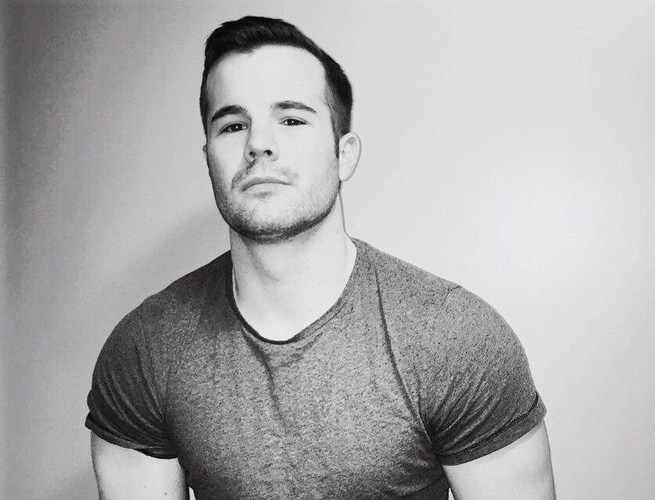 Recently, I received a comment from a fan on social media who informed me, ‘I thought I was following a bobsledder, not a mincing poofter’. What shocked me most was that this comment came from a gay man. Which got me thinking. Why on Earth would a gay man, who has most likely been abused himself with the term, use such an appalling word.

‘Faggot’ and ‘poofter’ are words that we are all too familiar with from the mouthes of people who attack us. And yet I find they are also words we as a community have become far too comfortable with using ourselves in everyday conversation or off-the-cuff comments.

Truth be told, I have used these words myself without thinking, just because I have grown up hearing them in the sporting world. They’re just words right? But are they? But it all comes down to context and how these words are used. Just because they are words I’ve become familiar with, doesn’t make it right for me to use them, especially as a gay man.

Ask yourself. Are words like ‘poofter’ and ‘faggot’ ones that we as gay men want to take ownership of or attempt to reclaim, like we already have with queer? The Oxford Dictionary describes ‘faggot’ as ‘North American informal, offensive, a male homosexual,’ whereas poofter is ‘British informal, offensive’. The key word in both of these definitions is ‘offensive’. Yet, we as gay men still feel this need to reclaim these words as our own. I think I have an issue with this.

Several years ago I was the victim of a gay hate crime, when I was attacked by six men on a street in Sydney. The memory that sticks in the forefront of my mind most is being called a ‘faggot’ as they kicked and punched me to the ground.

People who commit hate crimes toward gay men and women are likely to use these terms and similar derogatory language when they attempt to belittle and abuse their victims.

I’m sure young men like Matthew Shephard, whose attackers drove him to a remote, rural area, tied him to a fence, tortured him and left him to die, had the word ‘faggot’ hurled at hm during his dreadful ordeal and it breaks my heart to think that ‘faggot’ would have probably been one of the last words he would have heard.

Even in death, Matthew couldn’t escape the loathsome terminology. When his funeral took place in October 1998, the Right Reverend Fred Phelps of the Westboro Baptist Church in Kansas claimed divine retribution had killed Shepard for the sin of being gay and with his flock of followers turned out to picket, holding signs proclaiming ‘GOD HATES FAGS’ and similar slogans.

You see, to me and to many others, these words are full of hate. To me, reclaiming them keeps the words alive and only reminds the families of the deceased or attacked that their child was considered just a ‘fag’. Yet, some of our community want to reclaim these words.

But I do not agree. I just can’t. The words carry too much power. So I encourage us as gay men to put an end to the attempted ownership of these vile words. That when we hear these words spoken, we express our instant disapproval.

I believe that to be truly proud of who we are as gay men, we need to get past the hatred, eradicate grotesque words like ‘faggot’ and ‘poofter’ from our vocabulary once and for all, and leave them in the past, making them antiquated words of hate that are no longer acceptable in our world today.

Please let me know what you think.