Simon Dunn: ‘I’ve been single so long, I think I’m now a gay man in theory rather than practice’ 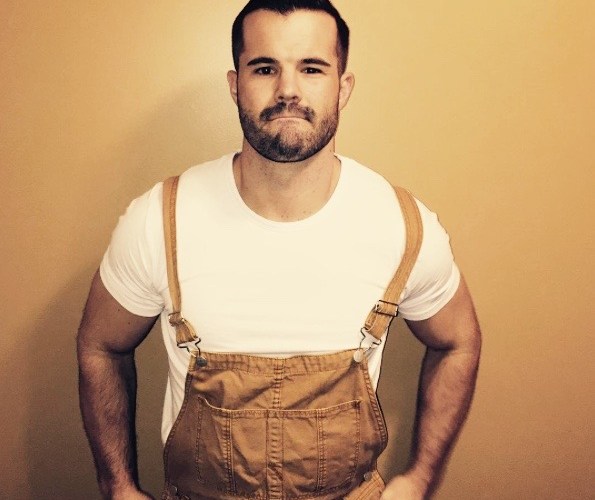 We’re fast approaching pride season in the UK, a time when LGBT darlings get together for a good old fashioned knees up. So we got in touch with out Aussie bobsledder and party animal Simon Dunn to chat about how to make the most of pride events, his plans to return to London and what really happened when he hooked up with Drag Race superstar Alyssa Edwards.

You recently enjoyed Sydney Mardi Gras, was it a wild party time for you?

There were no wild times at all, I was a responsible, upstanding member of society. This is obviously a lie, but I’ll keep all those stories too myself. Being back in Sydney for the Gay and Lesbian Mardi Gras was great, the parades were amazing, the parties so much fun. There was a lot of love and a lot of togetherness, just what a pride should be like. The highlight was that I got to march with the Australian Olympic Committee. Although I’m not an Olympian it was great to recognised for all I’ve done in my sport.

Had an amazing Mardi Gras.. Thanks for having me Sydney! If anyone needs me I'll be in Canada with a serious case of homesickness!

Are these events good places a for romance?

What advice would you  give a first timer going to a pride? What should you wear?

Enjoy it for everything it’s worth! I remember my first pride when I was 16, I couldn’t attend the party but just watched the parade. This was the first time I’ve ever really felt accepted and comfortable with being gay. It’s a memory I’ll never forget! I was a teenage boy very much confused about his own sexuality. I’d convinced my mum that I was going to ‘support’ my gay friends and that of course I wasn’t gay, just accepting. Surprisingly she believed me but I’m sure now it all make perfect sense to her now. 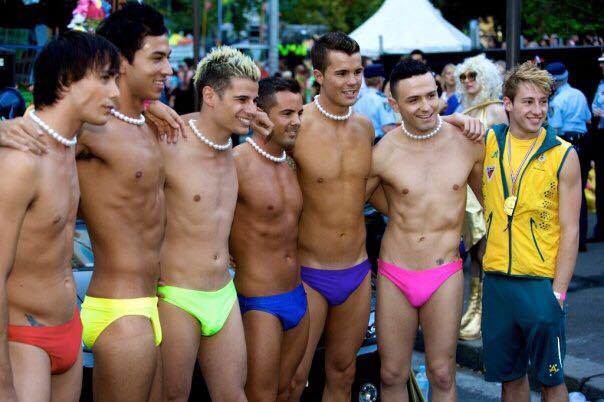 Did you make a big day of it?

We rented out the cheapest hotel room possible and being underage we could only attend the parade and linger around the street afterwards. But for this confused teenage boy, this experience was simply everything. Drunk on cheap wine and euphoria I saw a wonderful community full of people just like me at a stage my sexuality made me feel so alone. During the parade I saw all walks of life from the LGBT community, a community that my involvement was only in its infancy.

What do you remember most of that first time?

Being a parade ‘virgin’, there were so many sights that I’d never seen, from drag queens to bears and even leather daddies. Things that did not shock me but excited me about what my future would entail. But personally, I was looking beyond all the specacular floats and seeing gay sporting teams and athletes joining in which helped in part in realising that I too could be an openly gay athlete. They were the same sporting teams I eventually turned to in later life to restart doing what I truly love. 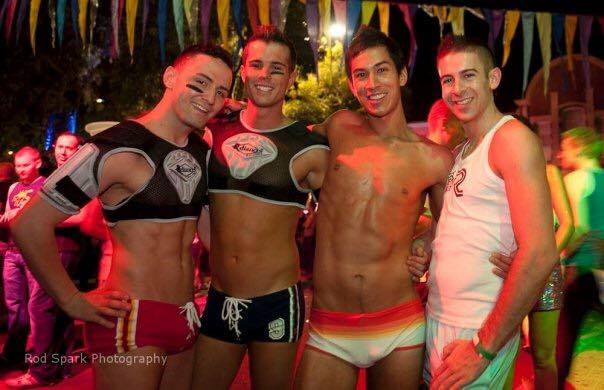 Why are Pride events still so important?

I’m a massive advocate for pride events. We so often here our own community questions their importance and relevance. But whilst we still don’t have equal rights, whilst we’re beaten up in the street and our gay brothers and sisters in some countries are killed because of their sexuality and gay youth still have the highest suicide rates etc pride events are still needed. Just because the messages may have changed we still have a lot to fight for! 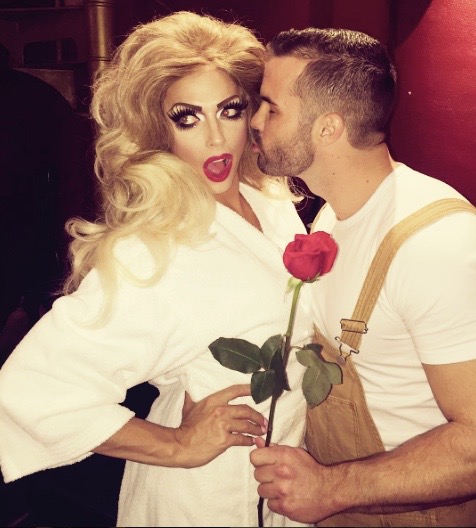 Recently we saw you snapped with the amazing Alyssa Edwards at a club night in Calgary where you train. You both looked very intimate? What was going on there?

Alyssa is a darling! We only hung out for a little while during the night (because I arrived terribly late to the club) but it brought back some memories of my days in the Sydney scene as some of my closest and dearest friends are in the drag scene there!

What’s the Calgary gay scene like – any boys that tickle your fancy?

I don’t really get out as much as I would like. Life is all work and training whilst I’m here. It’s a smaller scene to what I’m used to, although I do have a close knit group of friends. It’s one of the hardest things about being here, in Sydney I had a very active social life, friends I’ve known for years and the Sydney Convicts. I miss it a lot! And no, sadly there are no boys for me. I think I’m now a gay man in theory rather than practice.

You’ve done Sydney Mardi Gras. Which prides would you like to attend next!

All of them! Coincidently I will be on a holiday in LA during their pride. But I would obviously love to go to Brighton, Manchester and London prides. They’re the ones that you hear about all around the world. They are legendary and would so love to be involved in hosting or taking part i I really do love the UK, and am planning on moving there once I’ve finished bobsleigh! So I’ll probably try sweet talk my way into a job as well

It’s been a year since you were in London what do you miss most?

I was in London for such a short time last year (three days) when I won Attitude magazine’s Hot 100 readers poll so I missed out on doing a lot. It was mostly three days of press and promo work, not that I’m complaining! I was lucky enough to have had some great friends take me out in Soho, G-A-Y. It would be nice to have a bit more time to explore and enjoy London for what it is and I’d love to meet Jeremy Joseph, the guy who runs G-A-Y. He’s a total legde! I really want to help judge G-A-Y’s Porn Idol night, I hear it is such a hoot. All the Drag Race girls do it and would love to help do it. Who knows, I might get carried away, get up on stage myself and strip off. You never know!