‘Easily aroused AND you have a big penis?’ Agony uncle Simon Dunn answers your problems! 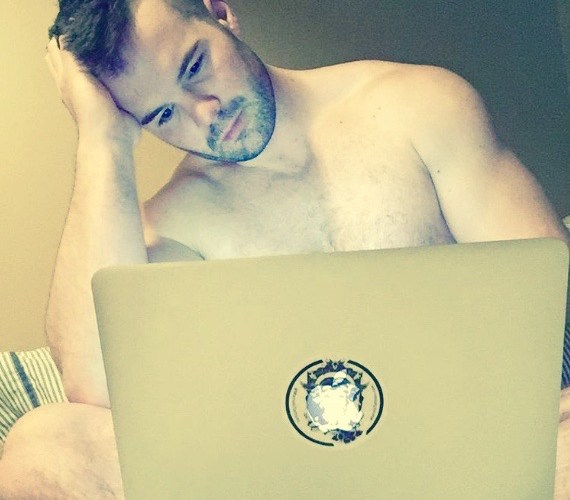 Simon Dunn turns agony uncle as he offers readers some very unique solutions to their problems.

My boyfriend’s threatening to share naked pics of me!

My boyfriend and I recently broke up after three years – sadly it didn’t end well, as he caught me cheating on him, which I regret! (I was drunk) Now he is threatening to send our mates naked pics I posed for during our relationship. What should I do? I’d be so embarrassed if they got out because I am very self conscious.

Simon Says: Hi Peter, we all make mistakes and clearly you did. I would suggest taking the moral high ground by ignoring him and his threats, he’s probably still hurt and just pulling your leg. Worst case scenario is he shows his friends. So what? Laugh it off or report it to the police, as it is actually a breach of your privacy! That said, as you’re someone who cheated, I’m guessing you’re not big on taking the moral high ground anyways. So if you have the same pics, photo shop ’em to make his privates look the size of a Tic Tac and return the favor by showing your friends as well! (Er, best not, Peter – ed!)

I fancy a boy at school but don’t know if he’s gay!

I’m 16 and appear to be the only gay at my school, although I am not out to anyone. I recently noticed a guy in the year above who is a bit camp but is hot. I really want to make a move and ask him for a date but am scared that he might not be gay, get freaked out and tell the school. What should I do ?

Simon says: Troy you need to weigh up the risks of whether or not it’s worth outing yourself for a boy you re not sure about. I remember when I was 16 years old how eager I was to meet a boy. But let me tell you this, there will be lots and lots of boys in your future! Is it really worth outing yourself before you’re ready for a boy. No! Take your time and come out when you’re ready! And ONLY when YOU’RE ready!

I’m 25 and have always had girlfriends. Recently I went out with some mates and got really drunk and snogged my gay mate. The thing is I enjoyed the kiss. Now the guy is kind of hinting he wants to do it again? I liked kissing him, it was exciting, but I’ve always dated girls. Am I gay? What should I do???

My bully is nice to me in private! What can I do?

There’s a guy at school who is making my life a total misery by calling me names in front of everyone, which totally embarrasses me. But when we’re on our own, he is really nice to me. How can I make him just be nice to me?

Simon Says: Teenage boys are generally dickheads so you’re not alone with this problem. I’d suggest speaking to a teacher at school and try to work out a solution to the problem. Or when he’s being nice to you, why not just be upfront and say, ‘why are you being such an asshole to me?’ and take it from there. Alternatively, be reassured by the fact that bullies generally have a shitty future. From my experience, he’ll more than likely  end up with 10 kids, divorced, in a dead end job by the time he’s 30. And you’ll be the amazing Rich from Middlesborough who will pass him in the street in your suit and tie, nice shoes leaving him wishing he could be half as great as you turned out!

My boyfriend’s moving away for work – should we break up?

Me and my boyfriend have been together three years. I have just been offered a job in New York which means I have to move away from London. He can’t join me because of his own work commitments. Should I break it off? Or do long distance? We had talked about marriage but I’m scared that being apart for so long will be tough on us.

Simon Says: There’s no harm in trying. It’s better to have given it a shot and have it not work out then to always be wondering what could’ve been. Life has a funny way of bringing people back together or given them even more than they ever thought was possible!

Is my boyfriend cheating on me?

I suspect my boyfriend is cheating on me. He is always checking his phone and never lets it out of his view. Should I speak to him about it? Should I try to check his messages? Or am I being paranoid. We’ve been together for about two years and he has never done anything to worry me before. So am I letting my imagination run away with itself?

Simon says: ROD, STEP AWAY FROM HIS PHONE AND NEVER READ HIS MESSAGES! One because it’s a major breach of his privacy and two, what are you going to do if he is cheating anyways? There are so many possibilities as to why he is always checking his phone so don’t panic. If he’s never done anything to worry you before he deserves your trust! If you are worried, just ask him!

I can I stop myself from getting sexually excited all the time?

If you have a problem you want Simon to help you with drop us a line at DearSimon@guyslikeu.com MARKED Dear Simon