Simon Dunn: “The real reason I am quitting Britain!” 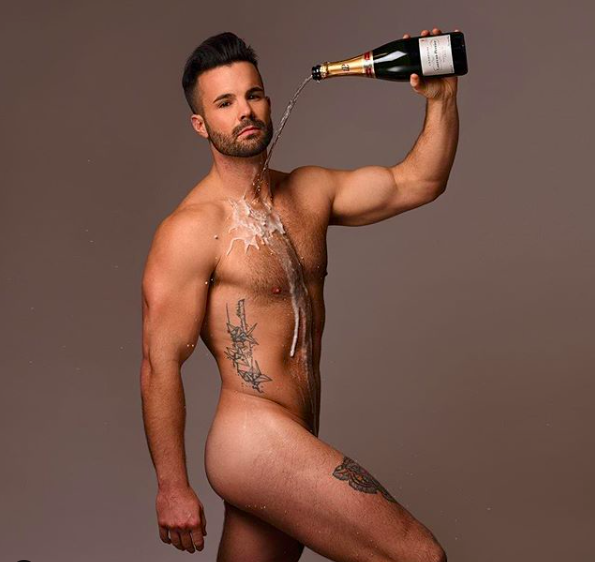 Boys of Britain, we have some news – and it’s not great! Simon Dunn, the world’s first out bobsleigh athlete and the last ever winner of Attitude’s naughty Hot 100, is heading back home to Australia. No, not for a holiday, but to live. Booo!

The handsome fella first arrived on our shores way back in March 2017 after retiring from representing his country at bobsleigh in chilly Calgary. No sooner had he stepped foot on terra firma and he was off galavanting around the capital city and beyond causing a sensation every where he went before finding love in the long arms of boyfriend Felix and setting himself up as a PT.

But now the time has come for the rippling-muscled rascal to bid farewell to his British chums and head back Down Under from whence he came.

We caught up with the fabulous fella to find out what has sparked his decision to say ‘tally ho’ to us and what it means for him and his other half.

Simon, we can’t believe we’re having to wave goodbye to you. What’s going on?

I’ve had a few opportunities arise in Australia that I’d love to take advantage of, that plus the fact I’ve been away for almost six years, four of those in Canada training and competing in Bobsleigh, followed by two years in London. It’s a long time to be away from friends and family.

What you gonna miss most of London?

My reason to be proud is I can be exactly who I am without hiding it, in a country that gives me the rights to be equal. I celebrate pride for that exact reason but I don't forget those who aren't as fortunate, our community has so far to go not only for ourselves but for our LBGTQI community around the world. Happy Pride London! 🏳️‍🌈

What have been your highlights?

I honestly think the highlight for me was having to opportunity to work with charities, notably Terrence Higgins Trust. From writing articles, testing for HIV live online, being a face for national testing week and being on billboards. It’s been an honor to be able to use my profile for causes I’m passionate about

What are you looking forward to seeing again at home?

Family, friends and the beach. Australia will bring so many new opportunities plus a chance to head home and reset. I’ve been terribly homesick for awhile now!

You met a guy here – is he going with you Is he heart broken?

Indeed, I did. We will be staying together but we both need to focus on our own careers first. All good love stories have their hurdles and difficulties to over come, this is ours.

Because two men in swimwear is a lot better than one! 📸: @teigr

Will we see you be back?

Of course, London is so vibrant and fun. There’s a lot I still want to do in this magnificent city. So I’ll definitely be back, London taught me a lot of lessons the first time around, I wont be making the same mistakes twice