Simon Dunn does a Kim Kardashian – and we have the uncensored pic inside! 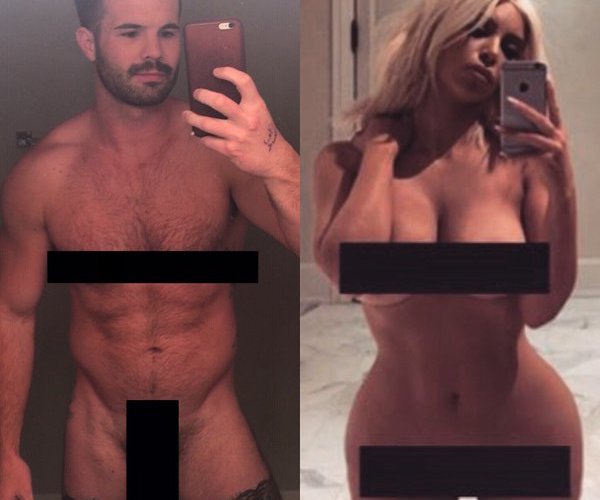 Simon Dunn has attempted to break the internet with an homage to Kim Kardashian’s controversial nude Instagram pic.

Okay, so it might be a week or two after everyone else has done it, but who cares? Just look at how goddam sexy our Simon looks in that pic! Swoon!

But the canny fella has posted the pic with his tongue firmly in cheek, with the comment ‘Who wore it better? Me or Kim K?’ Well, we certainly know the answer to that one.

Who wore it better? Me or @kimkardashian

Of course, we were straight on the phone to chat nudity with Simon!

OMG! That pic is hilarious! You look way better than Kim!

Gee, thanks! I just did it as a bit of fun! I have a lot of fans who ask me for a nude pic, but it’s not something I’d want to do. But this was fun! And if it’s good enough for Kim K, then why not me?

Of course, you first came to our attention by posting underwear selfies – what was the reason behind those pics?

I guess it’s all about appealing to people. I’ve learnt overtime that photos of be bobsledding or playing rugby tend to get less attention. People love the ideal of me being an athlete but would prefer to see me in underwear!

You must feel very confident about your body?

Obviously by my social media post I’m quite confident in my body. But like everyone I have insecurities, things I wish would look a different way and I’m forever comparing myself to other, but that in itself is human nature

Social media is changing how people present themselves. People are more body conscious now as they know the world can see it and have other to compare themselves with!

What is it about showing off your body do you like? What feeling do you get from it?

I spend a lot of time training so its nice to show it off.

Obviously body image is important to you as you have been building it up  – are you creating a body to make YOU happy to attract attention from others.

A magazine once said I appeal to people because I have an ‘obtainable body’ when I actually train three  to four hours per day. The difference is I train to be the best I can in my sport rather then to look good or for the beach. I’d rather be strong and powerful then to have abs! So that quote kind of offended me!

I certainly do. Moving to Canada I’ve noticed the culture is less inclined to be as revealing as that in Australia. But growing up wearing speedos all the time you just become accustom to it

I think it stems back to how comfortable the person is with themselves naked is to why the see it as unacceptable. If you’re comfortable with the idea of yourself being naked you’re less inclined to be offended

Do you like to pose near nude to cause a reaction?

Definitely. It’s all for the likes!

Why wouldn’t you go full frontal – why is a or is so shocking?

I never said I wouldn’t, but it’s not something I’d do just for the sake of doing or to get a reaction. It something that would be very personal so would need to be in the right situation

In the past I’ve had a photo taken down from Instagram. It was a pretty harmless picture so I was surprised.

And here you go boys – THAT pic UNCENSORED! 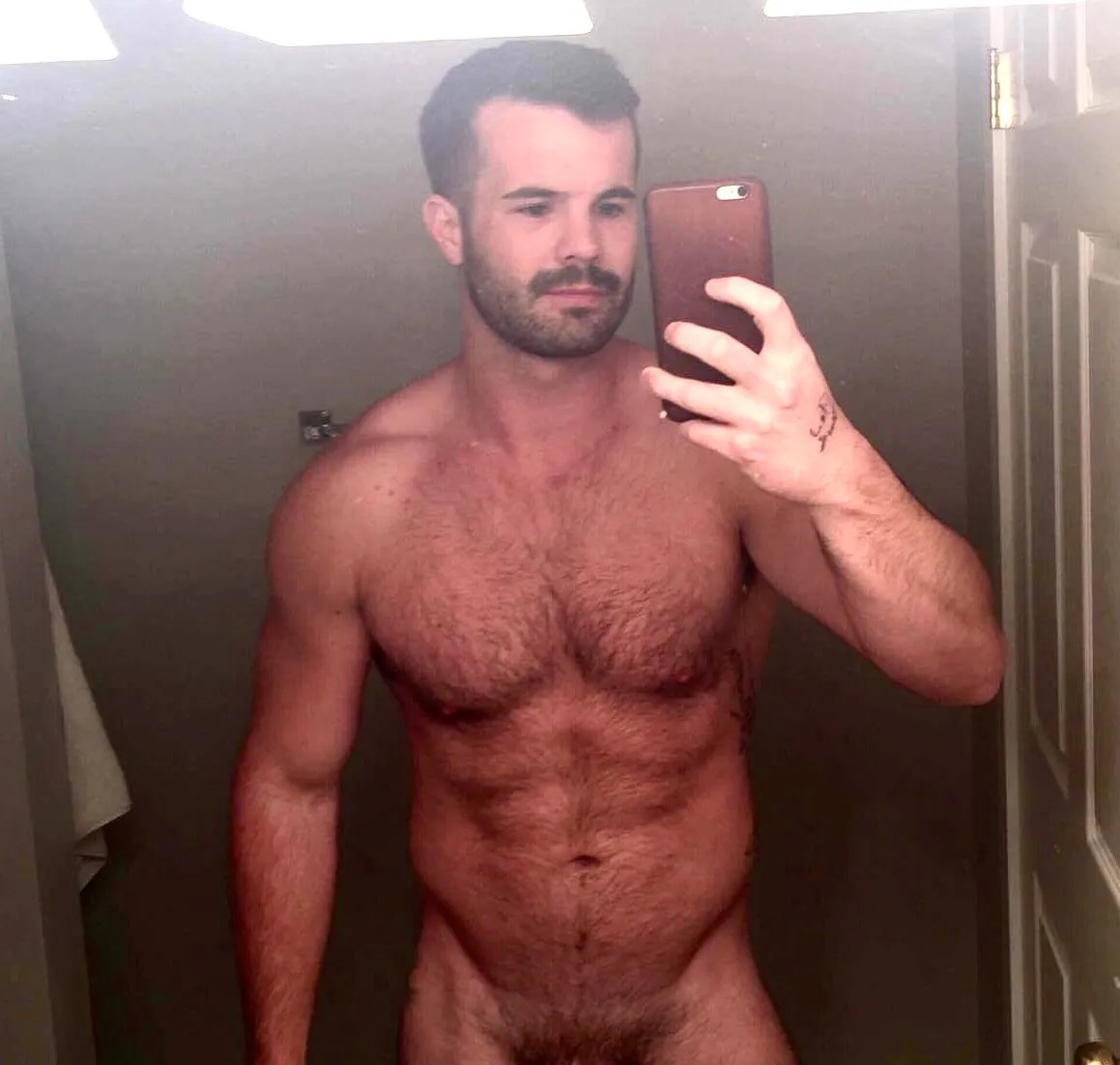 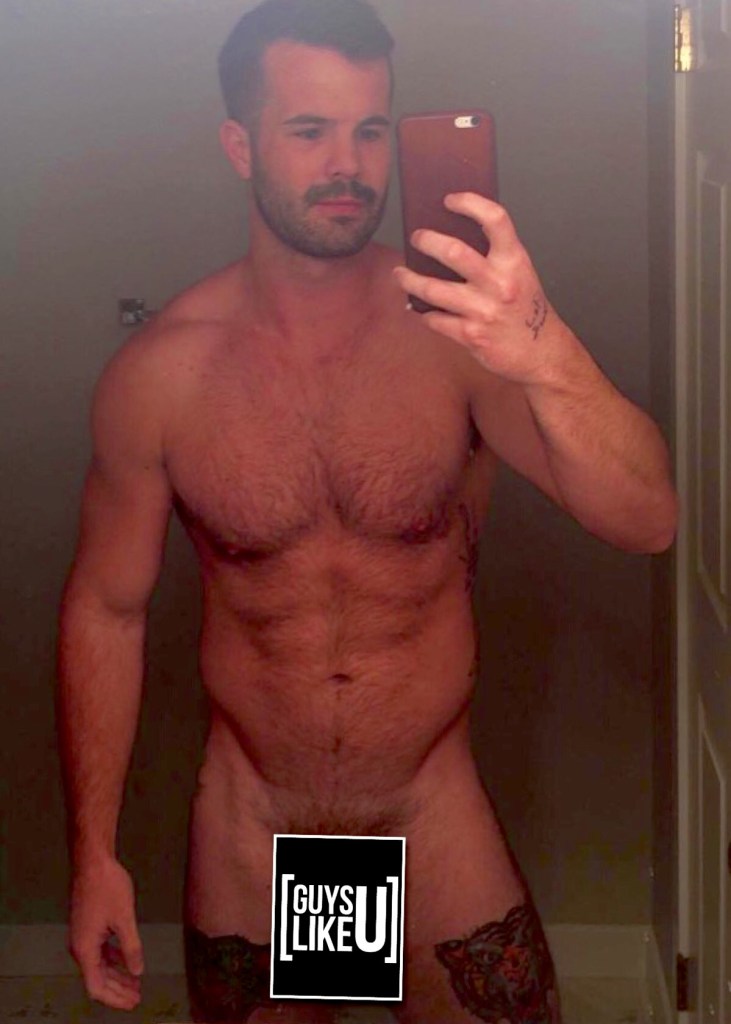 (Okay, so even we couldn’t show the full pic. But that’s what your imagination is for!)

See more pics and videos of Simon below

‘PRIDE EVENTS AREN’T JUST ABOUT GUYS IN SPEEDOS, THEY’RE SHOWCASING US AS A COMMUNITY’