Simon Dunn: ‘Matt Leveson’s disappearance made me realise how cruel life could be’ 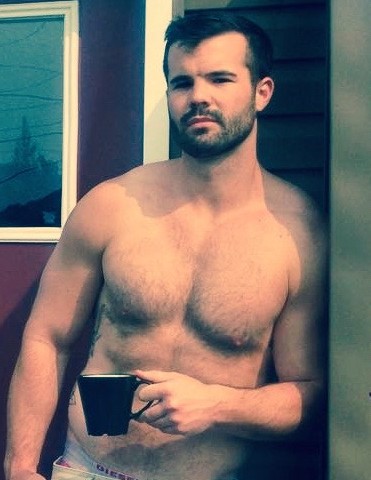 Eight years ago gay 21 year old Matt Leveson disappeared after a night out clubbing with his friends and boyfriend. Here, his clubbing pal Simon Dunn shares his memories of Matt and the way he and his family have coped with his disappearance.

We weren’t best of friends, we didn’t grow up together, nor did we hang out during the week. Yet Matt Leveson was someone I spent most weekends with, in and around the gay clubs of Sydney. Matt, to this day, is someone I have great memories of spending time with, and is still someone I care about and someone I miss. Someone who was taken too soon.

Matt has been missing since September 2007. It was a normal weekend, 20 year old me spent another weekend out in Sydney, Oxford St. But this weekend ended differently, Matt never made it home. He was last seen leaving Arq Nightclub with his then 44 year old boyfriend, Michael Atkins, someone I also considered a friend. Despite the age gap they both seemed like your normal couple. You know, occasionally having arguments but very much in love.

And this set off all kinds of alarm bells in my head. If indeed he was dead, Matt would be my first person I had known who’s life had been cut so tragically short, at a time in which we were both learning and discovering who we were as gay men.

This really hit home about my own mortality. It made me realise that life wasn’t fair, that life could be extinguished just like that. When you’re a 20 year old kid, you think you’re on top of the world, that you’re invincible and that nothing can stop you. Old age? Death? That’s 60, 70 years down the line. But then when something like this happens, when someone in your circle disappears or dies, then you suddenly realise that life isn’t as secure as you think it is. Especially when it’s believed that someone else is responsible for taking that person’s life. It’s just unbearable to contemplate.

Shortly after Matt’s disappearance, Matt’s mother Faye and I created a Facebook group titled ‘Help Find Matt’. Although we knew we had slim hope that he’d be found him fit and well, we knew finding his body would finally bring some peace to a woman and her family who were desperate to say their final goodbye!

Although heartbroken by what had happened, Faye was a strong, determined woman, desperate to seek out the truth, which I admired her for. In the years that followed, as my life got busier and I had less time to commit to the group, Faye continued to post regular updates, news stories, and possible evidence. Something that can only be described as the love of a mother never giving up on her son.

The 12th of December would’ve been Matt’s 29th birthday and eight years on from Matt’s disappearance, and I bet  Faye and Matt’s father, Mark, did as they did most weekends, search a nearby national park for traces of their son. Two loving parents who relentlessly and painstakingly just want to bring their boy home and put him to rest. Yearning for a chance to give their son, my friend the final farewell he deserves.

Matt, you haven’t been forgotten. You never will. People still love and care for you and are determined that truth be known. Every year since your disappearance your family and friends have lit a candle to commemorate your birthday, when really what we should be doing is watching you blow out the candles on your birthday cake!

Michael was charged with Matt’s murder but was acquitted in 2009. An inquest is currently taking place in Australia that will hopefully get to the bottom of Matt’s disappearance.