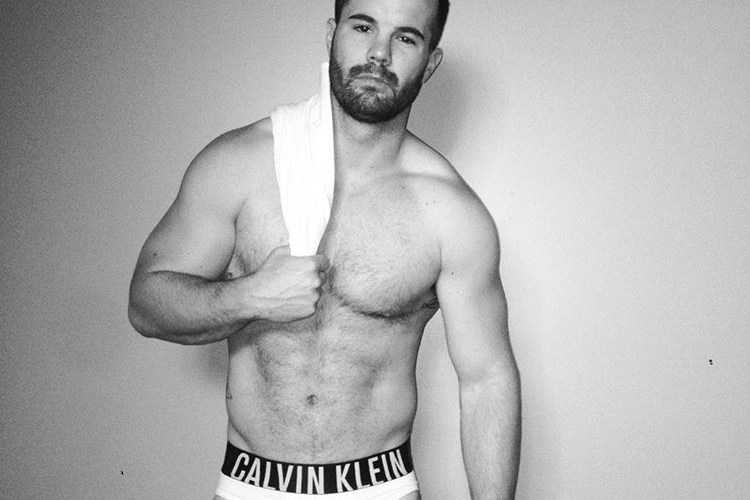 Everyone’s favourite gay bobsledder has his say about why he thinks gays guys in 2016 are still feel a sense of gay shame.

A lot has been said about ‘gay shame’ recently. But what exactly is it in an age where same sex marriage and so many equal rights have been bestowed upon the community?

Gay shame is something I wouldn’t classify nor put in the same context as someone being ashamed of the fact they are gay. But instead, I believe it’s when gay guys feel a sense of shame for reasons surrounding their sexuality.

There’s a myriad of reasons why someone may feel this way. All of them very personal and different to each individual. For example, it could be that someone feels their sexuality isn’t what society dictates it should be or possibly because they may never give their parents the grandchildren they wanted, right down to being bullied at school. Regardless of the root cause, I feel the majority of gay men still have a small cloud over their heads that is ‘gay shame’.

I have to admit this is something I have struggled with for a very long time and even today – when I’m out and proud – it still manages to show its ugly face. As you can tell, I consider myself a very proud gay man. I’m someone who wouldn’t change being gay for the world, even if I was miraculously given the choice to do so. Nor would I consider my self ashamed of being gay.

But I feel that growing up in a society that was and still is predominantly homophobic, ‘gay shame’ has imbedded itself into my psyche. We live in a culture in which being gay is considered to be inferior to that of being straight. We’d all be foolish in thinking this wouldn’t have a lasting effect on a person, even if we think it wouldn’t.

During my early sporting career as a teenager my sexuality was always my little secret, and something that I felt would only impede my progression through sport, simply because I had grown up believing that gay men couldn’t succeed in sport. When I joined the Australian bobsleigh team, I was already out from the ‘get go’ so this was something I didn’t need to ‘reveal’.

But I often wonder if I hadn’t been out when I joined up, would I have actually come out to my team? This is something I still don’t know the answer too. You see, in my early 20s I wasn’t as secure about my sexuality as I am now.

When I was working sales in real estate, my sexuality was something I never ever discussed with my work colleagues, even though I was in a long-term relationship with an amazing partner who I lived with and had an adorable little French bulldog with (cliché right?).

And yet those who worked along side of me didn’t know his name – hell, they didn’t even know this guy existed. And why? Because I didn’t want them to judge me for being gay! Stupid, right?

It’s only now, as I grow older, I realise this was an injustice to my partner, myself and indeed my sexuality. That this was something I should’ve not only been secure enough to be public about but it was also something to be incredibly proud of.

At 28, now no longer in real estate but supporting my athlete goals by working at a gym, I’m still required to come out almost daily and know this is something that we as gay men will need to do for the rest of our lives. But what I do – which I hate myself for – is find myself not correcting people when they ask if I have a girlfriend or make some throwaway sexual comment about women. Every time it happens, and I say nothing to correct them, something inside of me screams out that I should have spoken up, because I have nothing to be ashamed of. But there’s that the gay shame that teenage me had to deal with everyday showing its ugly face again. I often wonder when this weight will be lifted off my shoulders.

Gay shame has been associated with self-destructive behaviours amongst gay men. Behaviours including drug abuse, promiscuity and unsafe sex. When someone’s self-worth is so low that the justification to partake in reckless activities far outweigh the negative consequences. It’s no coincidence that these behaviours are also used by the general population to judge and discredit our lifestyles. Ironically reasons why many may feel this sense of shame.

But you know what? Even within our own community we love to label ourselves away from all things that would traditionally be considered ‘gay’ words like ‘straight acting’ and ‘masc4masc’. I think this only makes gay men feel more of a sense of shame in identifying themselves, and being open and secure about being who they are. We are a very lucky generation as the shame we feel doesn’t even compare to the guys before us. It’s also up to us in 2016 to ensure that the generation that follows us will carry even less of a burden.