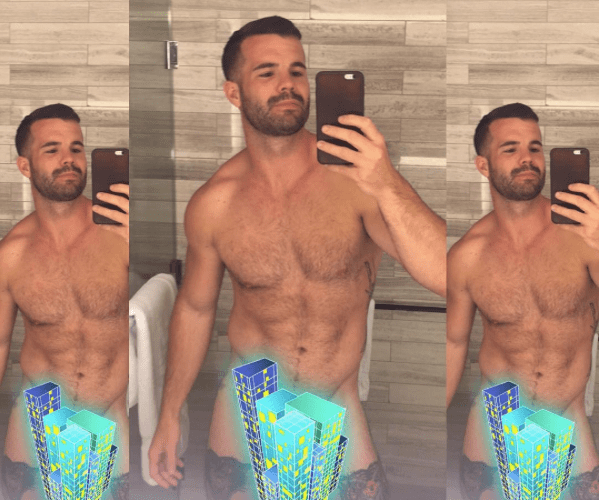 Wow, the minute Simon Dunn gets out of Calgary, he becomes even more carefree and even more naked…..

After his recent trip to LA, where he met up with fellow GuysLikeU columnist Austin Armacost, the handsome athlete has moved on to New York City where he instantly whipped off his clothes to reveal a skyscraper of his own, that he frustratingly disguised with one those ghastly Snapchat graphics! (A rainbow GuysLikeU logo would have been our disguise of choice, Simon!)

It’s silly, cheeky throwaway picture we know, but possibly just the thing to put a smile back on the face of every gay man in what has been one of the darkest weeks we’ve ever experienced. So enjoy!