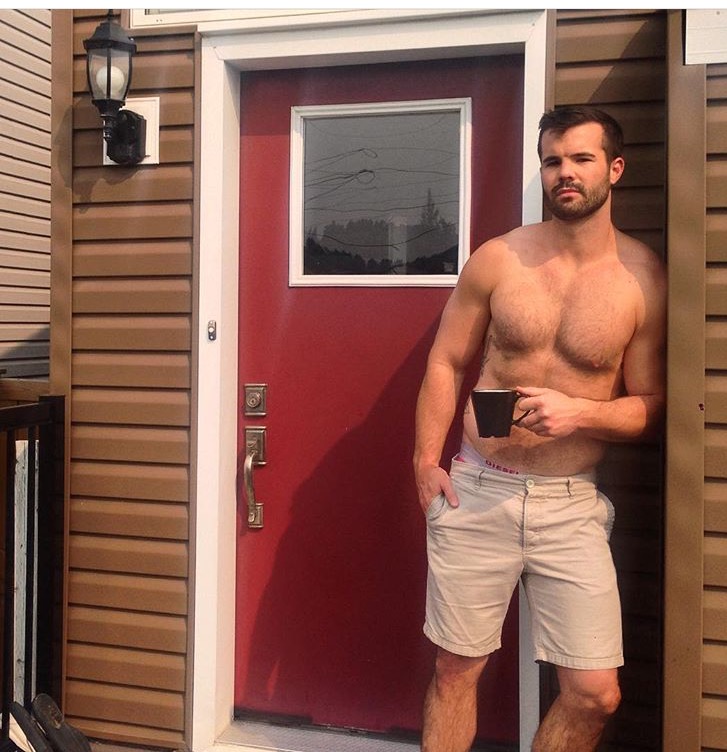 GuysLikeU columnist and Olympic bobsleigh hopeful Simon Dunn, 28, opens up about how he had to educate himself about HIV and AIDS after a reckless time in his life.

December 1st is World AIDS Day, a day on which we all come together to think about the world we live in, and the way HIV and AIDS continues to be part of our lives.

It’s been over 30 years since the official identification of the disease that ravaged the gay community in the 80s and during that time, almost 40 million people have died from an AIDS-related illness and around 80 million have been infected with it world wide.

Yet in spite of such harrowing figures, HIV and AIDS is something I was relatively oblivious to until my mid-20s because I had foolishly believed the disease was no longer an issue for my community.

But I soon realised just how wrong I was, when out of the blue, various friends announced they were positive. And that scared me. Wasn’t HIV and AIDS a thing of the past? Wasn’t it something that didn’t effect us anymore? Clearly not, it seemed. And  what terrified me most was that these friends had made the same foolish choices when it came to not practising safe sex, only the consequences for them had turned out vastly different.

And then I had a bit of a scare myself.  A guy I’d started seeing had been told by his previous partner that he had tested positive. Although statistically the likelihood that I could be infected too was low, my doctor thought it was best to take precautions and suggested I take PEP. This was a wake up call for sure and coupled with my mates’ recent diagnosis’s, I realised that I had had a very fortunate escape indeed. As a result I felt an overwhelming sense of guilt that although my friends and I had indulged in similar activities our futures were now forever different.

‘My friends had made the same foolish choices when it came to not practising safe sex, only the consequences for them had turned out vastly different’

Embarrassingly, I realised I had little to no education on HIV and AIDS and I knew it was time I pulled myself together and started to educate myself, not only for my own benefit, but for my friends too. I spoke to my peers, some of whom had witnessed how HIV and AIDS had devastated the 80s and early 90s, I read books, watched documentaries and spoke to doctors, all confirming how little I knew about HIV and AIDS.

Why was I so in the dark about such a deadly disease? Well, what I had learnt in High School was either outdated, incorrect or only made the stigma surrounding the disease worse. Sex education at my school was predominately about heterosexual sex, which would prove to be irrelevant to me in the years to follow. All I had been taught was that HIV could be passed on during sex, yet I was never taught how gay men actually had sex! Thank God for the internet, eh?

But during this journey of self-education, I came to realise that regardless of whether I had HIV or not, that this virus and its history is a fundamental part of who I am as a gay man. It kind of made us who we are. As devastating as the virus has been to our community, it also helped mobilise in part the gay rights movement, giving gay men a sense of self worth. We were no longer hidden in back-alleys or bathhouses. Instead gay men became a valuable part of society who bandied together to not only get the treatment we needed but to have it accepted by the broader community.

‘As devastating as the virus has been to our community, it also helped mobilise the gay rights movement, giving gay men a sense of self worth’

I’ve now since learnt that due to the hard work and sacrifices of those infected early on in the epidemic, we have the exciting development of various medications like PEP or PrEP to either prevent the disease or to treat those who are living with it.

Which means HIV and AIDS is no longer the death sentence it once was and is now a manageable illness that my dear friends can now live with for many many years to come.

But these developments are great, we can not be complacent. I am aware that even though it is effective against the transmission of the HIV virus, PREP will not protect me from other STIs, so condoms must still be used.

I practise safe sex now because I realise that while sex is fun, I have to be responsible for myself and for others. But of course I still get nervous about getting tested. The waiting game is a killer and even using condoms isn’t 100% safe. But I’ve learnt to test regularly so that should I ever contract the virus, early treatment is key.

The past 30 years has been tough on the gay community but having taken the time to learn about people’s struggles in years gone by, I’ve gained a sense of pride in our history. I’m prouder then ever before of my sexuality, knowing that we have a strong and amazing history.

If like me, you are still unsure about HIV and AIDS, I urge you to educate yourself. Not just for you and your safety, but for those men who lost their lives battling to give us the rights we enjoy today.

Keep up to date with Simon by following him on Instagram.