SIMON DUNN: ‘Pride events aren’t just about guys in speedos, they’re showcasing us as a community’ 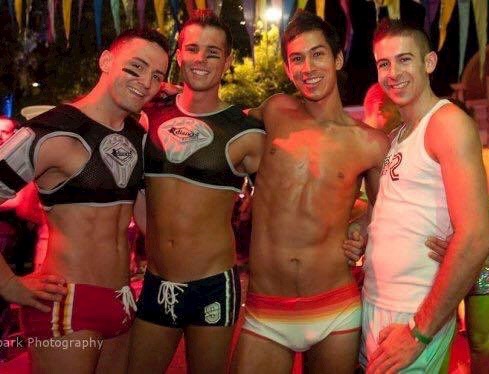 Bobsleigh athlete and rugby player Simon Dunn explains why Mardi Gras is more than just a big gay day out. In fact, he argues it is still so important to gay men all over the world!

I attended my first Sydney Gay and Lesbian Mardi Gras as a bright eyed 16-year-old, at this time I was a teenage boy very much confused about his own sexuality. I’d convinced my mum that I was going to ‘support’ my gay friends and that of course I wasn’t gay, just accepting. Surprisingly she believed me but I’m sure now it all make perfect sense to her now.

We rented out the cheapest hotel room possible and being underage we could only attend the parade and linger around the street afterwards. But for this confused teenage boy, this experience was simply everything. Drunk on cheap wine and euphoria I saw a wonderful community full of people just like me at a stage my sexuality made me feel so alone. During the parade I saw all walks of life from the LGBT community, a community that my involvement was only in its infancy.

Being a parade ‘virgin’ there were so many sights that I’d never seen, from drag queens to bears and even leather daddies. Things that did not shock me but excited me about what my future would entail. But personally, I was looking beyond all the specacular floats and seeing gay sporting teams and athletes joining in which helped in part in realising that I too could be an openly gay athlete. They were the same sporting teams I eventually turned to in later life to restart doing what I truly love. 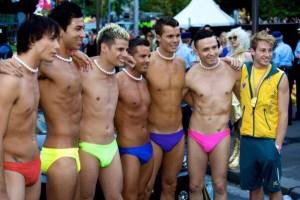 The next day hung-over we caught the train back to my coastal town. I felt a weight had been lifted off my shoulders. I felt normal. I know that during this year’s parade in a couple of weeks as I march like most years with the Sydney Convicts, there will be countless teenage boys and girls whom like me will feel a sense of relief wash over them that they’re not alone.

I am excited about the upcoming Sydney Gay and Lesbian Mardi Gras as it will be the first I’ve been able to attend in years. I once again feel the excitement teenage me felt building again. I can’t wait to be back within my own community again, a community which I miss being a part of because I’m away for my sport. It’s a community that has become a family.

And that’s the point. These days people ask about the relevance of such pride events in an age of acceptance and equality. Especially in Sydney, a city that is seen as ‘accepting. 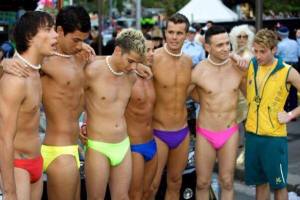 Pride events are not just about guys in speedos and drag queens – it’s showcasing us as a varied community. As the years go by, the messages and causes we’ve been able to highlight through such events have changed. Most parades and pride events originated from the fight against the criminalisation of homosexuality, a battle which we won. We used pride events to highlight the plight of HIV/AIDS victims and more recently marriage equality. Both battles and hurdles we as a community are yet to overcome.

Perhaps these mass productions, bright light and social events are the only way the broader community will notice us. That as a minority in society it’s easier to just sweep our issues under the rug like we don’t exist. I believe it’s this banding together in a show of community that gives us a stronger voice.

I hope moving forward we as a western civilisation will be using these events to highlight the plight of gay men and women in countries not as fortunate as ours. Countries where it’s not only illegal but homosexuality will incur the death penalty. People who don’t have events like these to have their voices heard.

I feel we should be thankful that such events exist. Thankful that we as gay men and women are given the platform we need to have our voices heard. Questioning the relevance of such events is foolish. All you need to do is look past all the glitter and partying and see the community that lies beneath. And 16-year-old me thanks you for helping in making me the confident gay man I am today.