Matt Oakes: ‘We live in a society where we want faster cars, faster downloads and faster relationships’ 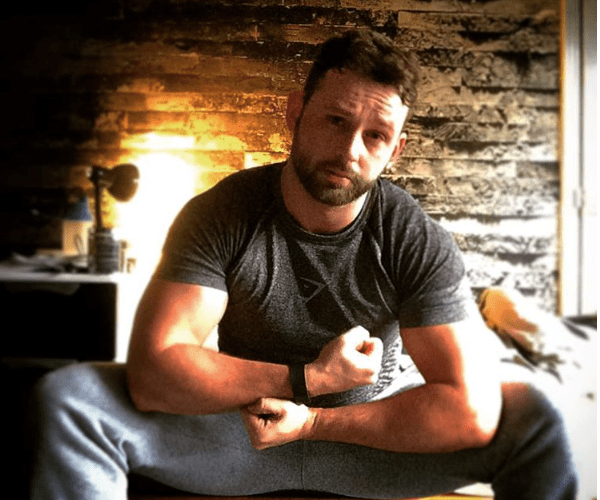 Matt Oakes talks about the insecurities that are rife in relationships and how if we want them to last we have to work at them.

Does jealousy and envy run rampant through our relationships to the point of destruction? We hear so many stories these days about how couples have broken up due to someone cheating. And what with all the guys you could have tucked away into neat little apps these days, is it any wonder guys are able to cheat? Or actually – and this is a thing –  the reverse, that guys get so paranoid their partner is going to cheat that they destroy the relationship themselves?

Now, first and foremost, I believe that if your partner is looking elsewhere, that should be IT. No questions asked, game over. But I realise there are exceptions to the rule and everyone’s experience is different. Some folks are willing to give their partners second chances to save a marriage because they genuinely love them and are able to forgive, while others will blindly carry on, hoping they will change.

But why do these guys stray? Why aren’t they happy enough to be with one person? There must have been something special there in the first place for the relationship to start; a spark, an attraction…..so why go looking elsewhere?

Sure relationships go through various stages. First off, you have that exciting first few months where all you do is try to impress each other and have lots of sex and fun. Then as time goes on, you reach that point when the novelty has worn off and you find yourself in a full scale relationship where you deal with every day issues. It’s not sexy and glamorous, but you’ve reached that point when you feel bonded emotionally with someone and you know then that who are both in it for the long haul.

Personally I think we live in a society where we want things instantly; faster cars, faster downloads and maybe now faster relationships. Some guys seem to get bored so quickly too soon and move onto the next shiny, oiled up jock that passes them by. This is only encouraged by the likes of Tinder, Grindr and Scruff apps; you start talking to a hot guy you try and make plans to meet and in the meantime you get messaged by a slightly younger or more attractive guy and your attention shifts….and we seem to be ok with this? It’s become just part of life.

Maybe it’s just me, maybe I’m so far out the dating game that I have NO clue anymore. But old fashioned as it sounds, shouldn’t we make the effort to make our relationships work? Don’t get me wrong, I’ve been just as guilty of not following up with guys on apps or social media when I should have and I regret that wholeheartedly. But have we become so lazy that we think it’s okay now just to up and leave and move onto the next best thing, instead of putting in the effort and the ground work.

Of course this leads to the inevitable. The guy who was left behind now becomes paranoid in his next relationship that his new man is going to up and leave. So every message, every text his partner gets sends his mind into a tail spin. Moral of the story – put the effort in. You gotta work at it. No relationship is going to be easy and it’s not going to regain its spark if you sit back and push your partner away. If you truly think you’re with the guy you’re meant to be with, then surely taking the time to add some romance and excitement shouldn’t be such a tall order?

Now I know everyone is different and we all handle things differently, but we have to get a GRIP! We have to stop taking things for granted and expect everything to just fall into place at the drop of the hat. That’s not how life works. But on the flip side you shouldn’t be the only one putting in ALL the effort. If you find it’s all a one-sided affair then maybe, just maybe, there are other problems that you need to tackle to be finally happy.

Its all very much a balancing act, knowing to trust your partner, but not let them walk all over you. Putting in the effort to make things work but not going so OTT that you scare him off. Go with you gut. Deep down, you should know whether or not you can trust the guy you are with isn’t looking elsewhere. You should be able to sense if the relationship is fizzling out.

Don’t ignore those warning signs and just hope things will get better by themselves…..they won’t. Just make sure that jealousy and envy don’t become the reason your sitting at home watching Netflix by yourself with only a tub of Ben & Jerry’s to keep you company. You’re better than that.