‘I’ve had enough of the Mr Right-Nows – I’m single and very happy!’ 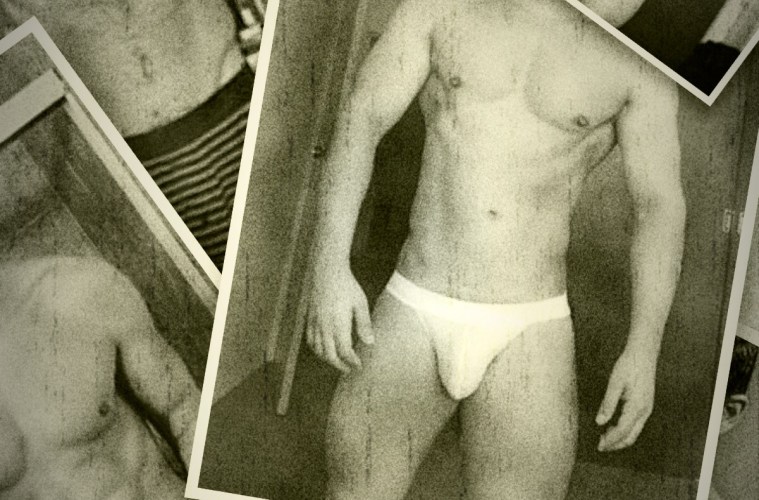 Valentine’s Day is over, which means we don’t have to see any more tacky cards, supermarket roses or feel that enforced sense of shame for not being single for another twelve months.  Hoorah! But GuysLikeU regular Hadley says he isn’t in a rush to find Mr Right just now.

As a gay man living in London, you’d have thought I would have spent this Valentine’s Day doing something that would warrant a sunglasses-wearing hangover and a collection of blurry nightclub selfies. Sorry to disappoint, but I was a bit more down to earth this year. I headed North without giving the day of love a second thought.

If you’d asked me about my thoughts on Valentine’s Day last year, I would have most probably complained about the fact that I was spending the night having a ménage à trois with Ben and Jerry. This year it’s different. I’m happy being single and dating as my past experiences have taught me some lessons. And it’s types. We all know, we have all experienced them. It’s a rite of passage, after all.

First up there was Mr Right (Now), the guy who was somebody who was there to alleviate my… boredom. That’s Mr Right (Now)’s purpose in our lives. We’re all on the lookout for Mr Right, but I guess sometimes we stumble across Mr Right (Now) first. The endless search for the perfect man was getting a little boring, so when the opportunity presented itself to have fun, I latched onto it with both hands. The only problem with Mr Right (Now) is that he too was only looking for a quick fix to his monotonous daily routine. So of course, it wasn’t going to last.

Mr Big (Ego) clearly thought he was Mr Big (Shoes?). Irrespective of the size of his brogues, it was his ego that was the problem. Yes he was charming, there was physical attraction and flirty text messages, but his ego made me feel like I was in a love triangle. Him, his ego and me. Mr Big (Ego) is pretty easy to spot: he’ll spend half an hour talking about himself, before even thinking to ask how your day went. I think Carrie Bradshaw can keep her Mr Big, I certainly don’t want him.

Finally there’s Mr Doesn’t-Text-Back. He’s my favourite. I think he was trying to ‘play it cool’, so cool in fact there were icicles dangling from my iPhone. Bless him. In person there was chemistry, there was conversation and way too much cologne! When it came to texting, I think I must have waited up to one week for a three word reply… At one point you just give up trying and delete his number.

I may be single, but I’m very happy. These three Mr’s have taught me a lot about what I want from another man and a relationship. All I can say is that I must be in a pretty great place in my life. Neither one of them will be pushing me to listen to another chorus of Someone Like You, as I sip on a glass of red wine.

Mr Right (Now) keeps trying to add me on Facebook, despite the fact that he is in a relationship. Mr Big (Ego) keeps asking my friends if I still think about him. As for Mr Doesn’t-Text-Back, I don’t know… He doesn’t text me back! I wish them well for their pursuit of happiness.

You can jump from one Mr Right (Now)’s bed to another, but never really find true happiness. You can attempt to join a love triangle with Mr Big (Ego) and feel yourself shrinking in his shadow. Or you can become a desperate keyboard warrior, trying to get Mr Doesn’t-Text-Back to reply to that text, email and Facebook message you sent five months ago. Whether you’re single or not, just remember this: if you’re happy, that’s all that matters.