‘Gays and girls must come together to stop ‘anti-women’ group coming to the UK!’ 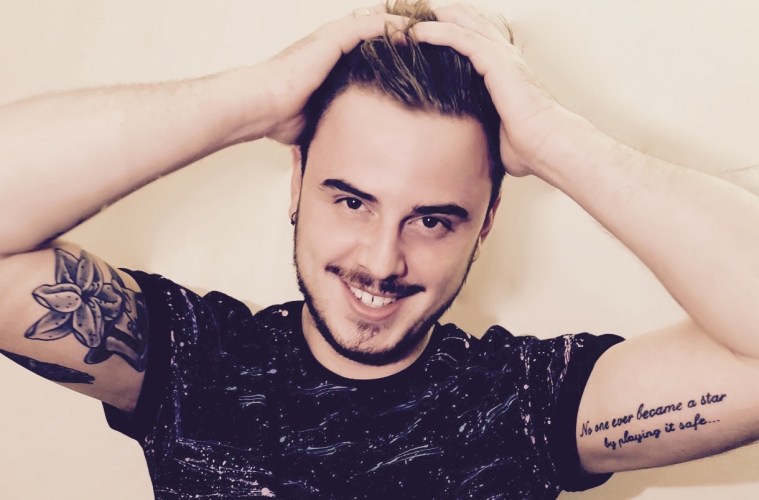 This weekend, notorious author Daryush Valizadeh and his ‘LEGAL rape’ group Return of the Kings will be holding meetings in the UK. Here, GuysLikeU’s Robbie Dalgetty calls for gays to support their sisters and have him banned from the country!

It has often been said that behind every woman is a gay best friend. I would say that in my own experience that sentence should be doctored to ‘behind every gay man is a woman who made him feel like he was worth something.’

When I was 14, I desperately needed to let someone know I was gay. Years in the closet had left me feeling alone, miserable and without a hope. I was lucky enough to never act upon the dark thoughts I was having, and I owe, my life really, to my girl friends.

When I felt like there was no way forward, no way for me to ever find happiness in this life, I told my friend the truth, and for the first time in a long time I felt free.

All these years later, I’m still here and my girls are still standing beside me. It has been the women in my life who have vastly shaped the person I am today. And now, my gay brothers, they need us to return the favor.

Some of you may have heard of the ‘Manosphere’ a movement (with a disturbingly large following) that advocates the supremacy of masculinity and views feminism as an evil that should be stomped out.

Let me make this clear, the men who follow this ideology are not just being boys. In their videos, blog posts and online writings they have blamed rape cases and murders on sexual frustration because women now have the right to say no. In lesser words, these people believe that a man should have the right to dominate a woman in all aspects of life, and that women have to be put back in their places.

You can find these men being particularly vocal on a site called Return of the Kings, set up by author and online misogynist Roosh V. Roosh (real name Daryush Valizadeh) and his followers are out to ‘reclaim masculinity’ and are under the belief that men must act now to fight the evil that is feminism and the ideology it stands for

The group quite publicly post (across the globe) about the best places to find ‘easy women’ and even post pictures of women they are perusing on their forums – a lovely website that even includes descriptions of the male competition in cities around the world so that you know what your up against. Seriously this is actually a thing!

Valizade has hit the headlines before, after an article he wrote advocating the legalisation of rape against women off public property and blaming women for rape altogether

‘By attempting to teach men not to rape, what we have actually done is teach women not to care about being raped, not to protect themselves from easily preventable acts, and not to take responsibility for their actions…’he said. ‘I thought about this problem and am sure I have the solution: make rape legal if done on private property. I propose that we make the violent taking of a woman not punishable by law when done off public grounds.’

Yeah! He actually said that bullshit and some deluded twats really view him as the saviour of masculinity.

Now if that wasn’t bad enough, Valizade has commissioned (and will be attending an event in America) hundreds of meet-ups this weekend for his supporters in cities around the world including Glasgow’s George Square and Edinburgh’s Grassmarket

Lauren, a politics and sociology student perfectly describes the activities of the group as ‘Pathetic, despicable and absolutely heinous with no regard for anyone but themselves. A group of vile and incredibly uninformed misogynists.’

As you can image feminist groups and their supporters have voiced their concerns and plan to protest the events.

Close to 40,000 people have signed an online petition opposing the events and SNP MP Tommy Sheppard has tabled a motion i parliament condemning the meetings.

Roosh V’s supporters have claimed they will find out where women participating in the protests live and post pictures publicly online. Well, lets turn the tables on them! If or when attacks occur in the meeting points for the reunions, MAKE SURE TO KEEP FOOTAGE OF FACES so they can be exposed online… Think of it as poetic justice! To use the tools of those who have destroyed the lives of innocent people against them!

As someone who has been on the receiving end of bigotry and oppression, I simply cannot stand back and allow these acts of terror against women – my friends – to go un-noticed.

It’s time the gays stepped up to support our women and stand up for equality as only we know how!

If you think this Valizade guy sounds like a right twat, right? Well, check out this brilliant clip from Australian TV and take their advice about hijacking and derailing his sick pathetic campaign!