Dean McCullough: ‘At my first ever pride, I looked like a lesbian and a girl came on to me!’ 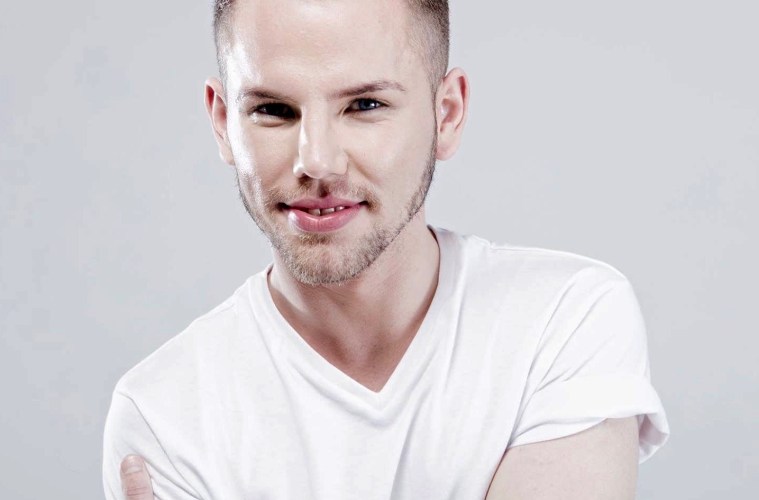 GuysLikeU contributor Dean McCullough has been announced as the host f next weekend’s Pride in London. Editor-in-chef Christian Guiltenane caught up with him for a chat to find out what we can expect from the annual event in the wake of the Orlando massacre.

Congrats Dean. You’re presenting Pride in London this year. What a great gig!

Yes!  I have the absolute pleasure of hosting the main stage in Trafalgar Square at this years Pride in London. It’s a massive event and if anything it keeps me out of trouble for the afternoon. We have an amazing line-up of acts this year including the ‘Prides Got Talent’ Finalists, Seann Miley Moore, the cast of ‘Kinky Boots’ and so many drag queens I’m starting to question my own reflection! With a few more surprises still to be announced it’s a lineup that’s slaying!

Well that’s not all. I am also hosting the ‘OFFICIAL SMIRNOFF PRIDE IN LONDON AFTER PARTY’ at THE ELECTRIC, BRIXTON! This is huge and there’s hardly any tickets left which is amazing but if you wanna come party – hurry! It’s a great event actually as you can come and relax, network and party into the wee hours and with London’s all LGBT DJ sets, more dancers than a Kylie concert and in London’s premier music venue – we are being spoilt!

What’s been your favourite pride that you’ve attended?

Last year, the night before Pride in London, the legislation passed for same sex marriage in Ireland and it took my breath away stepping out onto the stage in Trafalgar and seeing so many Irish and rainbow flags flying high. There is so much to celebrate and with London being such a diverse city we are lucky to have all these wonderful people side by side – I was certainly proud to be Irish in London that day. I just hope the same thing happens to my home country of Northern Ireland very soon.

I’ve only ever attended one pride where I haven’t been hosting (being really affordable and available for every pride that’s ever been) which was Belfast when I was about 16. I hadn’t came out yet and I wore boot leg jeans and a red checked shirt – I looked like a lesbian and to top it off a girl came on to me on the bus home. I moved to London shortly after…

What should you always carry for a fun and frisky Pride event?

A bottle opener, a phone charger and at least two condoms… It’s a long day and it’s amazing how much fun you can have! (Ask Myra Dubious)

Why is pride still important in this day and age?

I want to get to a point in my lifetime where pride events don’t need to happen, when equality is reached and people are marrying the one they love without questions or laws. I am remaining optimistic and some might say recent events are casting a grey cloud over the LGBT community but if there’s a group of individuals who look for the rainbow after the rain it’s us and pride events unite the people. We have to acknowledge the progress so far and look forward to a brighter, more equal future for everyone.

It’s been suggested that Omar Mateen may have been gay! As it was initially described as a homophobic attack from a man who hates LGBT, do you think people will reevaluate their view on the attack?

I don’t think it will change at all. At the end of the day the man killed 49 innocent people – his motives won’t bring them back to life. The world is becoming a lot more media savvy and as much as the press try to angle the story to suit their sales figures the people aren’t stupid – they will form their own opinions for whatever reason. I have no interest in the religious reasoning behind this attack, the relationship between this man and his ‘wife’ or if it matters that this is the biggest American atrocity since 9/11. My LGBT brothers and sisters have been murdered – do I know they were murdered BECAUSE they were gay? No. Do I know if this man was a terrorist or indeed a closet case? No. Do I care about my children’s children and the future of humanity? yes. Does this start with communities coming together and standing as one against fear and prejudice – YES.