VIDEO Drag Race star Charlie Hides: “My father was worried I was going to burn in hell because I was gay!” 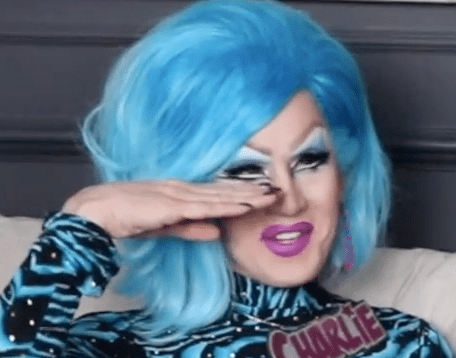 Charlie Hides gets serious with TV’s Andy West on his parents’ reaction to him coming out and why he killed off one of his fan favourite creations!

How much are we loving season nine of RuPaul’s Drag Race right now? The guest stars are A-List (gaga, for God’s sake!), the queens are sassy and the twists keep on coming. So thank you Netflix for airing it the day after it’s screened in the US. We salute you.

But this series has a special place in our cold withered hearts because it stars one of our favourite UK caberet stars, Charlie Hides.

Okay, so she actually hails from Boston, but she lives in London, so she’s one of ours, bitches.

Friend of GuysLikeU, Andy West, met up with the colourful star at her plush pad to chat about all manner of things including how his parents dealt with him being gay and why he chose to kill off a character he used to play for 15 years!

In the emotional new AndyVision interview, Charlie admits that his parents found it initially hard to deal with the fact that his son was gay.

“My parents are devout Catholics and their faith is very important to them,” he says. 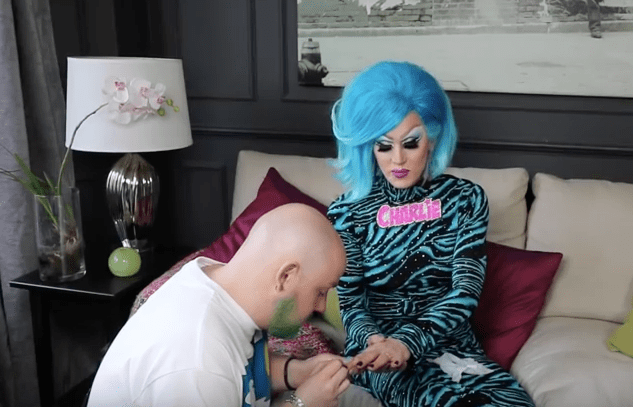 Charlie explains that to start with his father was heavily influenced by the church and wasn’t as accepting as he could have been.

“I was quoted scripture. He said to me that ‘the church says you are like an adulterer, a thief’. For a while he was very concerned that I was going to burn in hell for all eternity.”

But things are now different and his mum and dad are both very accepting of his life and very happy that he has found happiness with his husband.

“I think my father would have preferred that I had married a girl and had children. But he’s glad I am happy that in a relationship that I’ve been in for 20 years.”

Also in the interview, Charlie opens up about why he felt it necessary to kill off ghetto girl Laquisha Jonz a couple of years ago when someone described the character as demeaning after seeing a poster for his show at the RVT! 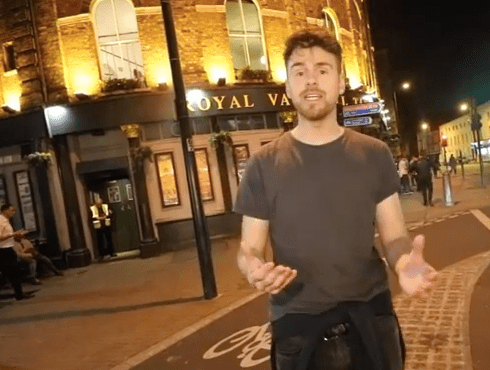 “I wasn’t banned. I chose to voluntarily stop doing a character that I had done for 14 years without a single complaint,”Charlie explains. 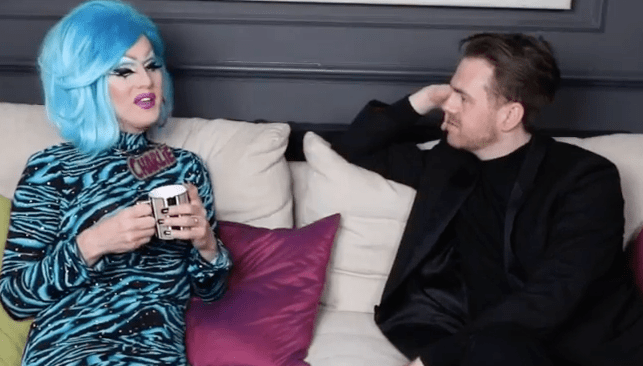 “Someone had seen a poster and didn’t know anything about the character’s history, the back story or anything. I apologised profusely. If someone says what you are doing is upsetting me or offending me then I have to look at it. To continue would have been an act of protest. So I changed the wig and changed the make up.”

If you liked this interview check out Andy’s other Drag Race related interviews: