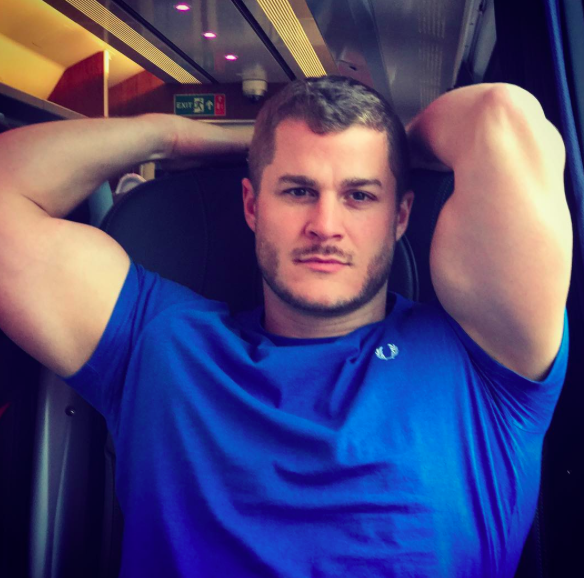 Reality stars are strange breed of people. While many of them are self-obsessed attention seekers with little to offer the world except tacky kiss-and-tell stories, there are some who use their celebrity as a platform to to change things.

For many years gorgeous US reality star Austin Armacost has battled for equality, not just by publicly backing campaigns to get headlines for himself but by getting stuck into serious campaigning himself so that changes can be made.

It’s been a while since we’ve heard from our outspoken columnist Austin, so when we caught up with him this week, we had lots to cover such as what he really thought about his return to CBB earlier this year, how he and his new boyfriend Darren are getting on and what he thinks about Trump’s presidency.

What have you been up to since you were on CBB back in January? Do you regret going back on?
On many levels I do regret it… I did not have a good time, most of the cast was awful, and it tarnished all my wonderful memories the house gave me the first time. It was fun to go through the process again. However, I was in a new relationship, going through a divorce, and an emotional fucking train wreck… the timing couldn’t have been worse for me. Also, a lot of my fans who fell in love with me the first time, didn’t know who I was the second time around. I wasn’t my usual jovial, outgoing, fun self. As you see in every single season, somebody will crack, unfortunately this time it was my turn. When I went back into the house for the courtroom task only a week or so before the final… I could see the distress, agony, and misery on everyone’s face. I knew that leaving when I did was healthy for me, psychologically. Also, while they were sitting in there being bored, I was out doing press, interviews, photo shoots, and shows making money. In the celebrity version you don’t win any extra money for being crowned… so I was outside of the house capitalizing on it’s relevance while it was still on the air. 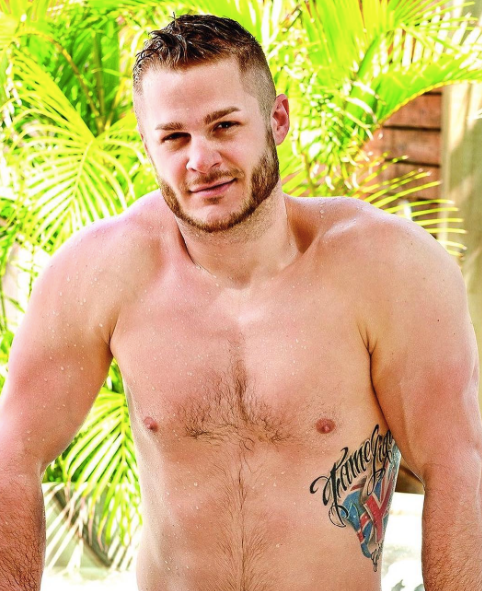 The recent civilian series did disastrously in the ratings. Do you think is it time to call time on the series?
Definitely. A big draw of the Celebrity Big Brother concept is to hear about our interactions with other celebrities, dish dirt on people we have worked with, and scandals that we have witnessed in the entertainment business. I feel the draw to CBB for fans is already having a feeling or notion of who somebody is. The show helps prove that idea right or wrong. 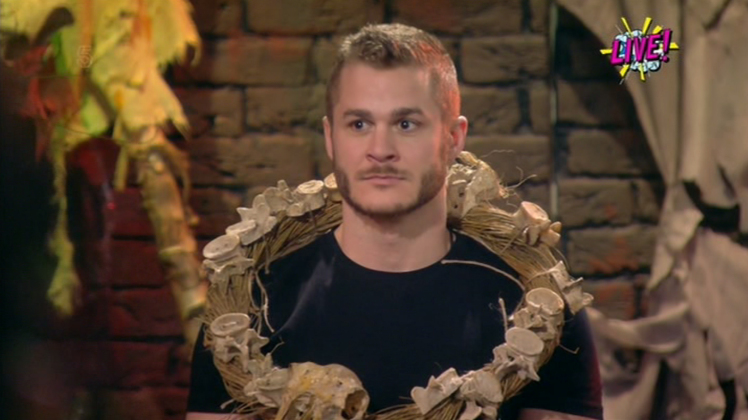 Can it be saved?
It has no hope!

How’s your new relationship with Darren going?
I am extremely happy. He has completely turned my life around. Some very personal issues I have opened up about on here previously, he ha helped me through. He makes me a stronger better man every day. We are celebrating our one year anniversary in September. We traveled to America earlier this year for him to meet my family and they loved him. Since we have been together we have traveled to more than 10 countries together. I think a major deciding factor in ANY relationship is how you travel together… I think you will learn more about somebody traveling for two hours, than you would at home for two weeks. We are always laughing together, we love many of the same things, and both have similar lifestyles when it comes to health and fitness. He is an amazing man and I am so happy he is in my life. 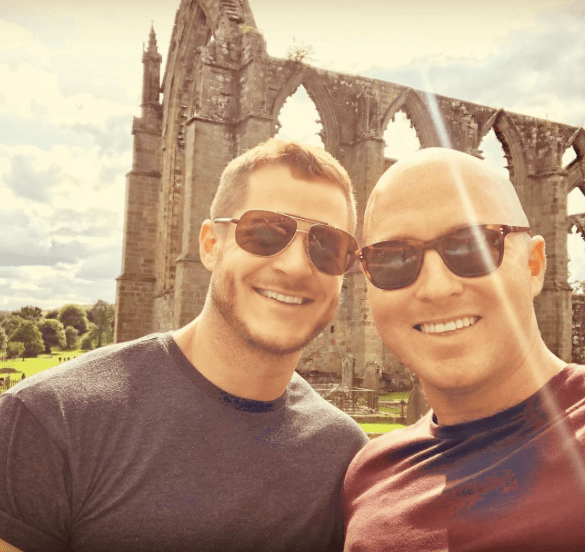 Would you consider getting married again?
We have already discussed marriage and yes I would most definitely like to get married again. We have discussed venues, guest lists, and even the possibility of me taking his name.

Trump wants to ban trans people from the military – what’s your reaction that?
Nothing that horrible creature says anymore surprises me. The pushback from the military and it’s soldiers has been one of solidarity and defiance. It is funny for a man who has never served to say who is worthy of wearing the uniform and who isn’t. My brother bravely fought for this country in Iraq and always told me “at the end of the day, as long as my soldiers have my back, whatever they do in their own lives is their business.” I have still yet to hear his reasoning or any valid argument that his bigoted administration has to offer.

We’ve just marked 50 Years of the decriminalisation of gay sex in the UK. How important is it for young people to understand what life was like before being gay was socially acceptable?

Very! It is vital for young LGBT people to know, understand, and recognise the struggles this community has gone through. Many of the people who started the movement are still alive and a massive debt of gratitude is owed to them. It is often taken for granted now a days amongst young gay men especially… it seems many young gay men are just happy to have Grindr, a bar that serves appletinis, and a good gym where they can go cruising. There are battles in our community that are just beginning: legalization of Prep, transgender rights, and lets not forget also, gay marriage is only legal in (about) 24 countries, and several countries still have the death penalty for homosexuality. It is no time to sit back and get comfortable. Our LGBT brothers and sisters around the world deserve for us to continue to fight for equality worldwide. With the scenes in Syria of gay men being thrown from buildings… it is those jarring images that will hopefully spark a revolution and a new wave of LGBT activists.

Does Trump’s grip of the States suggest that the progression of equal rights will be affected?
Obviously with the introduction of a ban on trans people in the military it would suggest America has started to go in the wrong and dangerous direction. However, many of the rights and laws for LGBT people will take a very long time to change. What many people do not know is that in many states LGBT people are not a protected class under the civil rights acts. When I left my home state of Indiana in 2015, we were fighting for LGBT people to be listed under that legislature. We failed, and since then many other states have decided not to recognize our community as a protected class either. I would say that the gay rights movement has come to a grinding halt under President Trump. If the trans military ban becomes law, and an estimated 15,000 trans soldiers are discharged, that will be the beginning of America moving backwards.

Are you surprised there hasn’t been as much of an outcry about the situation in Chechnya?
I don’t think I am surprised at all. When Orlando happened I was in America and many people were saying things such as “the terrorists finally got it right” referring to attacking a gay club. So the hate for LGBT people is very much alive and active around the world. Gay men are also being executed in Syria but I don’t think the mainstream media has even covered one story in reference to that. I have only seen the stories on Syria in the gay media. When it is socially acceptable to flat out hate gay people, those masses will not be upset at their execution. I have spoken with many people in the community who are working to end the persecution there… But, as Russia’s little brother, it is a very tough uphill battle.

Finally, CBB ends this week. Who have been your favourite and least favorite housemates of all time?
When speaking about some of my favorite housemates it is quite simple: Scotty T, Tiffany Pollard, Coleen Nolan, and I know everyone is going to crucify me for this but also Katie Hopkins. She is intelligent, articulate, and educated. She was able to win any argument in the house with words… and I much prefer to see that then someone yelling obscenities at each other. It is easy to be stupid and loud, but difficult to be intelligent and calm. Sam Thompson on the current series is such a cutie. What a lovable and adorable guy. He is also a true gentleman as shown in the “vault” challenge. I wouldn’t mind sharing a mantub with him, no offense James Hill.  Worst housemates ever immediately at the top of my list is Farrah Abraham. One hundred percent, hands down, no question the worst person ever. Notice I didn’t say worse person to live with or worse person to watch – simply the worst person ever. Farrah is a conniving, manipulative, uneducated, over exaggerating swamp donkey. No wonder she has been on television for nine years and nobody loves her. She has no respect for anybody, is overly obsessed with money and fame, and thinks that the world revolves around her tits but nobody really cares. I feel deeply for her child who has to grow up in the shadow of her mother… and the shadow of her sex toy.