EXCLUSIVE: Austin Armacost on life after his marriage split! 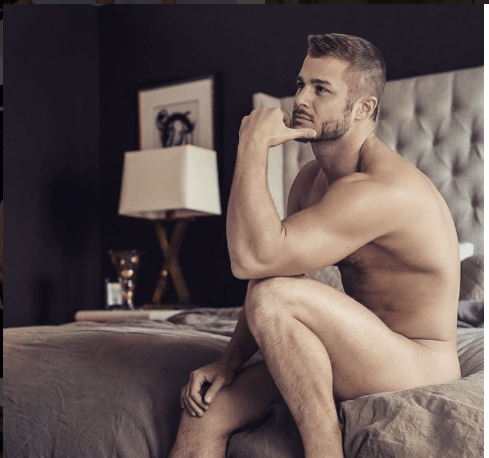 Austin Armacost opens up about life after splitting up from his husband, Jake.

As all of you unfortunately know, my husband and I recently split up after almost eight years. Although it was an extremely difficult, emotional, and sensitive decision to make, it was for the best for both of us! The split, as hard as it has been, was eased by the fact there was no animosity on either of our parts. I would have never imagined that at 28 years old I would be single again and searching for love. But, here we are.

As I venture through this life on my own, there are many things that make me hesitate: Should I get Grindr? Should I try to rekindle an old flame with a former lover? Is Jake dating? Is somebody going to be interested in me or my public profile?

Dozens of questions race through my head every day. I have decided to try and take some time and just work on myself a bit. After losing my brother in 2013, and then my mother being sent to prison only six weeks later for two and a half years, there is still unresolved issues in my life I need to tackle. I am open to the idea of meeting somebody as I would never deny love the chance to flourish… But how will I know if it is right?

RELATED FEATURE: BB’s ANDY WEST ON COMING AND WHY WE SHOUDL ALL BE PROUD TO BE GAY

I am a proud, independent man of course but human touch is a natural desire in all of us. To be held, to be kissed, to be loved. I worked for years on campaigns, protests, charities, fundraisers to abolish the law that banned recognition of same sex marriage. Blood, sweat, and tears (literally) went into that struggle. In 2013 when the United States Supreme Court repealed the law known as ‘Defense Of Marriage Act’ it allowed nearly 20,000 foreign nationals to immigrate to America to be with their same sex partners. I will never regret a second of my work simply because my relationship did not last the test of time.

RELATED FEATURE: FIND OUT EVERYTHING YOU NEED TO KNOW ABOUT FIRST DATES’ CUTIE DAMIAN FRIEL

I am very happy to be back in the UK and working again. Just as an update Jake has decided to stay in America. Ironic right – the American in England and the Englishman in America. I guess the old saying is right ‘the grass is always greener on the other side.’ As I move forward independently I wish him nothing but the best. We are still in contact almost daily as much of our life in the states is still completely intertwined. I am also still very much apart of his family’s life here in the UK.

Had I never met Jake, I more than likely would have never left America, never been on CBB, never been given the opportunity to write this column. So I am forever grateful that my life has taken the course it has. I am not a person that lives with much regret, doubt, or fear. On to the next chapter in this wild ride I call life!