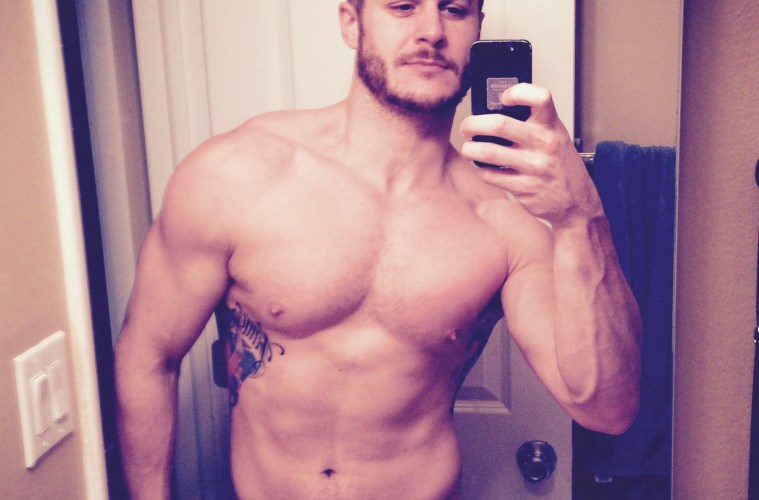 Austin Armacost opens up about why he loves being naked and why he thinks the rest of us are so sheepish about nudity!

Austin Armacost has never been on one to shy away from flashing his delightful flesh. In fact, so happy is he to be clothes-free, he was recently snapped up to be the face of underwear giants Aussie Bum. And what a sight to behold those pics were.

Last week, the cheeky fella posted on Instagram a totally naked pic of himself with just an emoji covering his ample modesty! Unsurprisingly, his feverish fans couldn’t get enough of the pic.

Over the past few months, male nudity has caused a bit of controversy, with the likes of bobsleigh star Simon Dunn and actor Matthew Camp having some of their risqué images removed by the powers that be on various social media sites. So we thought we’d ask our outspoken columnist Austin why he reckons male flesh is still such a taboo.

Austin, a nude pic you posted on Instagram last week caused something of a sensation.  Do you enjoy being naked?

I do actually. I am extremely comfortable in my body and think the human form is a beautiful thing. Looking back half a decade ago when I was on reality show The A List NY my nude body would flash across the screen quite frequently. I have no problem with it and have been to several clothing optional resorts around the world. I can say however, there is not one photo of my penis ANYWHERE on the Internet. I do not send dick pics, nor take dick pics. That is one thing that sets me apart from many other ‘celebrities’ who frequently post nude selfies. They think having a nude photo ‘leaked’ is a way of gaining exposure. I simply post what I think my fans would like to see… And at the moment, that is my body.

What is it about showing off your body do you like? Have you created a body to make YOU happy or to attract attention from others?

Well everybody in this industry has a certain level of vanity, FACT! Opening up your social media to see a picture likes a couple thousand times is a rewarding feeling for all the hours I have put into the gym. I could put a beautiful photo of my husband and I up on our anniversary or a cheeky shot of my arse – but guess which one gets more LIKES.

That’s kind of sad though, isn’t it?

It is a bit unfortunate but I’m a realist – that is the world we live in. Having a high number of followers increases your stock value. But I can say that my body transformation has NOTHING to do with pleasing other people on a personal level. However, from a business standpoint my body is can be a major asset and yes I am going to use that to my advantage. My husband appreciates me fat or thin, muscley or not… I am in the entertainment industry and that almost always requires a fit and healthy look. 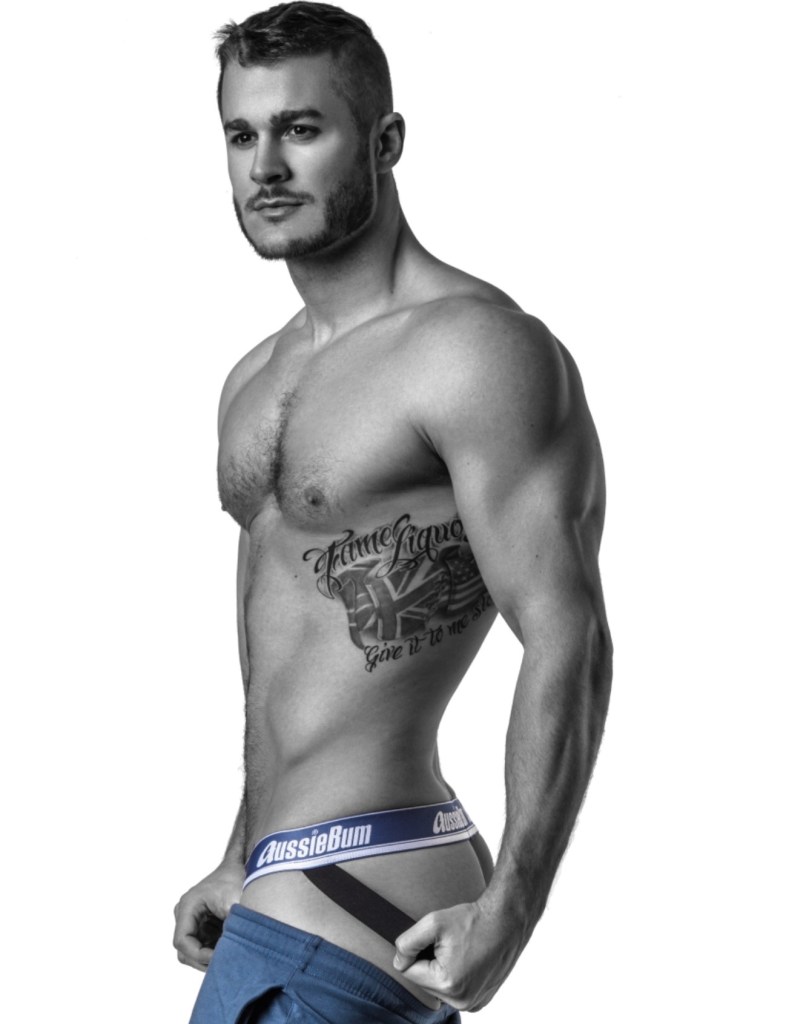 I don’t think that nudity itself is seen as unacceptable. What I do think society is surprised by is the person sharing their nudity. The ability for an individual to feel so empowered by their body is what I think scares most people. Obviously I wouldn’t expect people to be running around the streets of London naked during the Queen’s birthday… But, there are times and places where being naked is completely acceptable.

Do you pose nude to cause a reaction?

No, I do not pos to cause any type of reaction. Of course it is entertaining for me to see what people have to say about my pictures but that’s not why I do it. I do what I do to feel empowered and because I am proud of what I have accomplished NATURALLY with my physique. I like to push my body as far as it will go without the use of body altering chemicals like steroids. I have spoken openly in the past that I am against any type of steroids or performance enhancing drug. At one point in my life I was an elite athlete and still maintained fairness and respect to the hard work everybody around me put in!

Thanks for a great shoot @ankylocp

What kind of reactions do you get from your fans?

The people who follow me are positive and friendly about the stuff that I post and I guess that is why  they follow me. If people do say unkind things about me, they are blocked immediately and their comments removed. These sites/apps are for fans, not an open forum for people to discuss their dislike for me. So if you don’t like what I post, you may kindly fuck off.

Do you think a penis is something that shouldn’t be seen? Are we too squeamish?

Yes I have had photos removed from various social media apps. As I said though, I try to abide by the guidelines set by the application. I would never want any of my images to be found as offensive. That is why when I do post something it is for the sake of entertainment and not provocation.

There has been criticism recently about gay media’s focus on sexy guys with great bodies. Critics have said they think it’s tack or believe that people with amazing bodies put pressure on real people?

I am finally starting to appreciate the fact that gay media has realised there is a multitude of types of men that people consider sexually attractive. Do I think there will be a day when you flip through a men’s magazine and there isn’t on single photo of a guy with his shirt off – NO. However, as I have said in my column before, I appreciate the LGBT media for celebrating stuff other than buff. Awarding people for their courage, activism, talent, innovation is much more refreshing than featuring a guy just because he has a nice body. That said, you must keep in mind that more times than not the exterior is a glimpse into somebody’s healthy lifestyle. Choosing to live healthy, exercise, and eat right should not be crucified. The ‘portrayal’ of the perfect body is a never ending struggle for people with all body types. Everybody struggles with body issues of some kind and I think only a very small part of that has to do with what we are exposed to by the media.