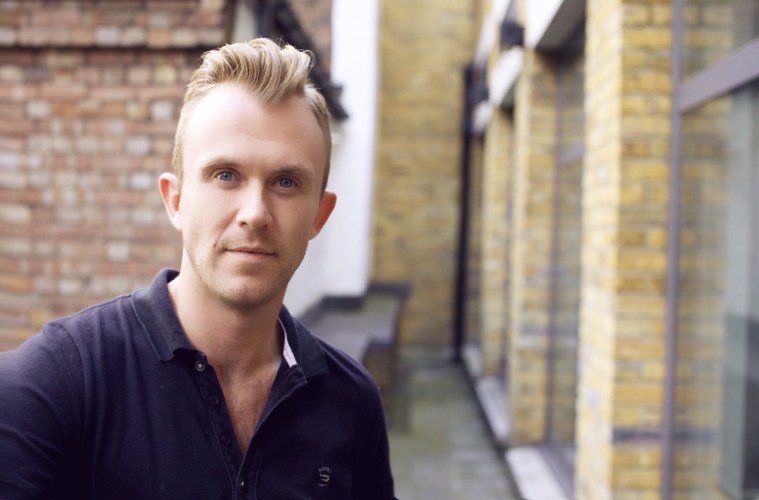 When Joff Powell was a nipper back in mid-Wales in the 80s and 90s, the idea that he would one day carve out a successful career in TV seemed totally out of this world. As far as his teachers at school were concerned, he would more than likely follow in his father’s footsteps and work at the family garage.

But deep down inside, Joff nursed a feverish ambition to get out of Wales, move to the big city and work in the world of TV. And eventually he did just that and more.

This year, after years of jobbing around various production companies, Joff finally decided to go it alone and has launched his own company, Broad Bean Media.

Here, Joff tells us how he managed break from the shackles of expectation to follow his dreams….

So Joff, tell us about your job?

I try to make telly programmes but I’ll let others decide whether I actually achieve that or not! But seriously, I own a television production company and we develop TV concepts, pitch them to broadcasters and other platforms seeking content, when commissioned, produce the content and deliver it for transmission.

What does your day entail?
No day is ever the same. My diary is usually full with various challenges depending on my development and production slate. One day I could be on a shoot for a new series we are making like last week when I was with Sophie Turner for our new Huffington Post series or I could be pitching to various broadcasters, having internal brainstorms for new ideas with my team, meeting talent to develop shows for them, negotiating access into precincts for TV shows or doing the serious business affairs and accounting side of my business 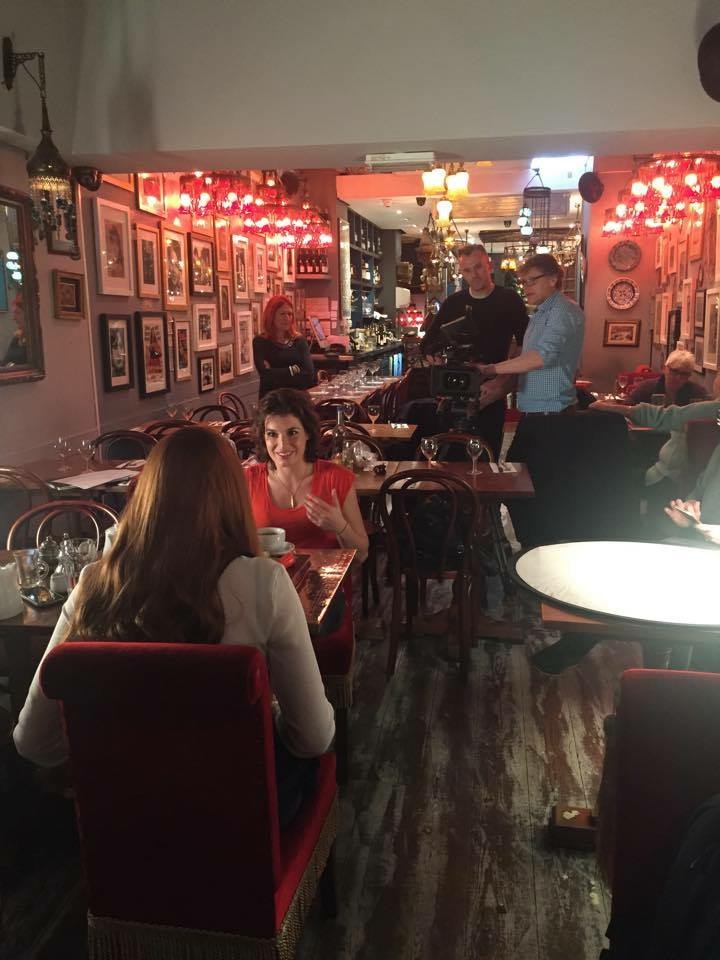 How did you get your big break?
Not sure I have had my BIG break yet… still chasing that one. I have been lucky enough to be given loads of opportunities in my career, some of which have really paid off whilst others have not. Ive had loads of Amazing experiences like launching the first live episode of X-fighters from Battersea Power Station for the Dave channel, working with John Cleese on a show and one of my all time favourites was producing Playing It Straight. The challenge with the media industry is that it is constantly evolving so one minute you can feel on top of your game and the next you are back where you started knocking on doors for opportunities.

Were you an overnight success or did you have a lot of obstacles along the way?
Definitely not an overnight success and still pushing to make my creative mark. The media market changes constantly so you always need to be reactive to the environment. There are still plenty of egos in the industry and the politics, don’t get me started on the politics. I’d love to say that a great idea will always get made but it’s simply not true. There are some amazing creatives out there who really support you and then there are others who would rather make you jump through hoops than see you succeed.The trick is to stay positive regardless with what hand you are dealt. I’ve been lucky enough to work for some AMAZING people who I truly admire and respect but I’ve also had to work for and with people who in the most PC way I can say, are bitter little buggers!

What did you before this job?
Before setting up my production company I worked for various other productions companies and Broadcasters. I was at two brilliant production companies called Lion TV and Betty most recently and before that I worked in Commissioning at UKTV and was lucky enough to be there when the Dave channel launched. Earlier in my career I worked at more factual based companies like Films of Record and Mentorn, the latter being where I met some of my heroes and biggest supporters still to this day.

What had you studied at school?
Like most I studied everything in secondary school, outside of the compulsory courses of Maths etc I think I chose Biology, Drama, Home Economics and IT… I think… that’s a while ago now. I did English, Sociology and Drama at A level then went to university to study Drama and Sociology. I had very warped ideas of being a performer when I was younger… I soon realised my face was better behind the camera and out of the public eye!

Was there support at school for your dream job?
Unfortunately not. I was raised in a very small town in Mid Wales, the notion anyone would leave the town was unfathomable never mind state they wanted a career in television. My dad owns a garage and I felt there was always an unspoken presumption that I’d just go into that (more from my teachers than my dad). I’m pretty sure at a career advice day I was told I should work in administration at the local council – but I may have made that memory up. As you can see, my memory is not what it used to be. But definitely no support to work in TV.

What’s the hardest thing about your job?
The hardest thing about my job at the moment is that a lot of what I now do is the business side of trying to keep it afloat, managing the accounts and contract.  I still get to make shows which is what I did this for but I have to balance that time with keeping the behind the scenes side working. Getting shows away is really difficult but it pays off when you do.

What makes it so fulfilling?
Getting to make telly! to have an idea that you are passionate about and believe in and for someone to allow you to make that show is exhilarating. Anyone in this industry is extremely lucky we get to do what we do. Also most of the people, don’t get me wrong, there are some pit bulls who I won’t name and shame but for most of the time you get to work with people who are so creative, inspiring and bloody talented. There are so many people in this industry I can only ever dream of achieving half of what they did – but that makes me sound like a total chump so once again, there are also some bitter buggers who I dream of NEVER ever being like. 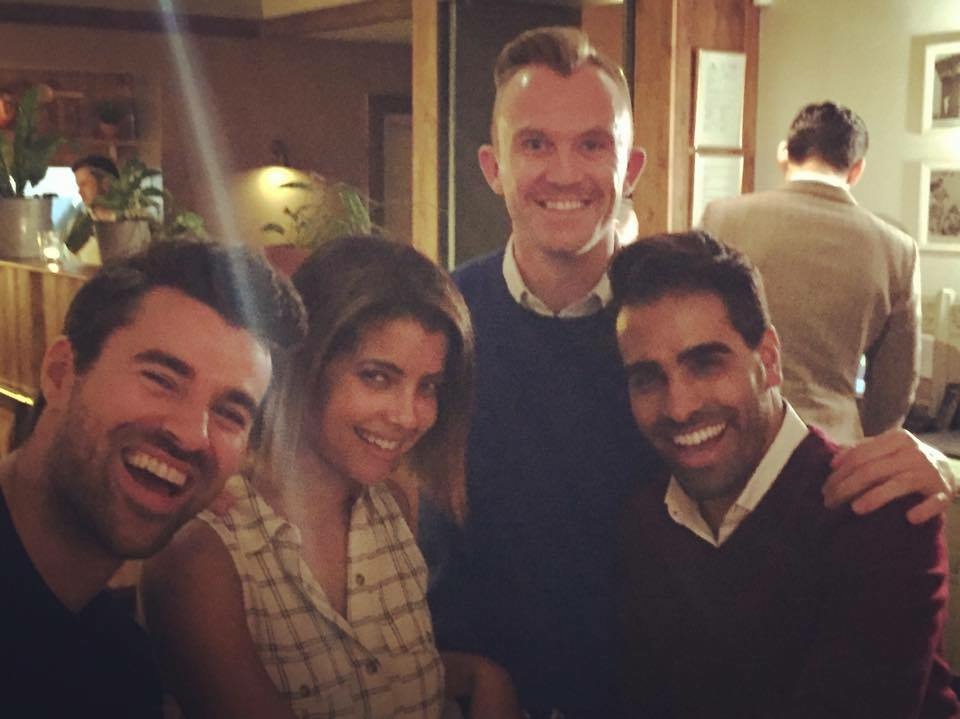 Was it hard setting up your own production company?
It was really difficult to set up the production company. First and foremost you have the actual business elements of registering the company (once you’ve finally come up with a name), setting up all the behind the scenes protocol and company procedure. Then you need to plan how you can structure the company in the most cost effective way, hire staff and start generating ideas. Then you need to persuade people that you can still do the job you were doing for someone else but in a smaller institution. Some people can be judgemental so there will always be the challenge of overcoming prejudice that some people may think you did it too soon or that you weren’t quite ready but my view is, when is anyone ready to do this? At the time I did this I was a single person with no dependants so could give this the 24/7 attention it needed. The industry on a whole has had been really turbulent the past couple of years which has made it harder to get content commissioned. It was always going to be an uphill struggle but that’s the challenge when you decide to go solo.

What advice would you give any one trying to follow in your footsteps
DONT! Ha, only joking. like most industries you need to be prepared to fight for your place within the media. It’s a highly sort after career so you need to persevere. Lots of people will give you various pieces of advice and not all I would agree with. I want to tell stories, whether serious or entertaining. To me, making a programme regardless of genre is about telling different stories so make sure you have something to say. Passion goes a long way, if someone can see how badly you believe in an idea, they are more likely to support you. Stand up and admit when you don’t know something, I still don’t know loads and feel no shame asking for help. Even though I am running my own company I often call and see my peers to ask for advice and guidance. be genuine and nice (as you should be in life), you can have great highs in this industry but also very exposed lows so treat those around you like you expect to be treated yourself. Im still learning and still striving to get it right, plenty of people will support you and some won’t, have a thick skin and be prepared for some knock backs but then be passionate enough to come back fighting.