Neil Ely: ‘I’m a terrible speller, but it’s not stopped me from becoming a film writer!’ 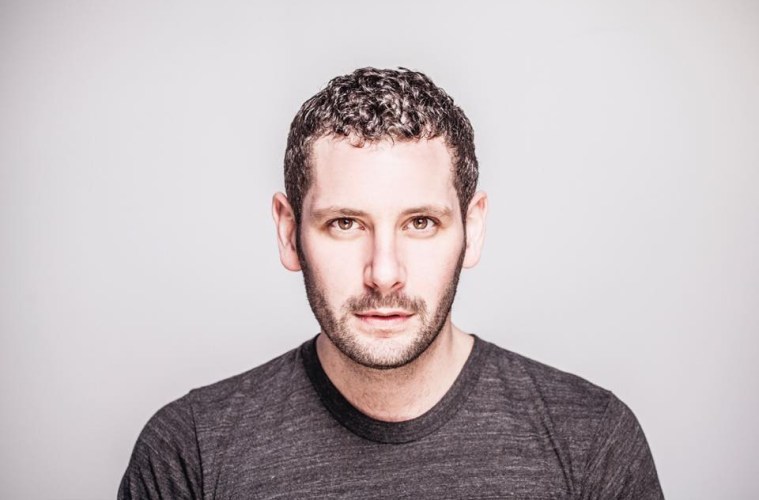 Filmmaker Neil Ely reveals how he landed his dream job!

Meet Neil Ely, a young writer director who left school with dreams of writing and directing plays and films. Although it’s been a hard and tough journey, he has always remembered the inspirational words from the one school teacher he respected who told him to ‘follow your dreams’. Here, the Manchester based filmmaker tells us how on spite of being terrible at spelling he has managed to make a career out of his dream job!

What exactly do you do?

Struggle to spell words mainly ha. No, I write and direct short films, long films, and theatre. I’m currently working on a new short and will start on another feature later in the year!

What does your job entail?

Screwing up pieces of paper and throwing them at the bin mainly. I have a terrible aim so I also spend a lot of time picking them up and putting them back in the bin. Other than that, I read a lot on a day to day basis and I’m also scribbling bits down on Post-It notes. At present I’m reading a lot about Catholicism and homosexuality and the relationship between the two for an upcoming project.

I started off acting, but I was terrible, so I thought I’d give the other side a shot. I wrote my first play Asylum of Grace about four years ago. It was my boyfriend at the time that pushed me to do more writing and I’ve just carried on since. I’ve also attended a few writing courses and workshops to keep up, I don’t think you can ever stop learning and I hope to be good at it one day. Let’s see.

How did you get started in terms of financing your productions?

My first script was Asylum of Grace, a play dealing with postnatal depression. I raised the money for that by selling tickets in advance and beg, borrow and stealing. The Three Minute theatre in Manchester also really supported us. I did a short called Mirrors which was at the Flare Film Festival last year. My feature film Three in a Bed was funded by the brilliant actor Jody Latham. I think when you have a passion you walk through a brick wall to get things done. I’ve never had any form of funding outside our team.

Were you an over night success or was their obstacles?

Many, many obstacles, I can’t spell and have no idea what punctuation means so that gets frustrating. My first completed script received a five star review so I was buzzing with that. I have to admit I much prefer the process of film making to theatre so I have decided to head more in that direction. It was a great feeling to see my film Three In A Bed is in the shops and is available in HMV. I like challenges, once I’ve over come them that is. When I’m going through them, I hate them.

What job did you do before this?

What had you studied at school ?

I didn’t really study anything to be honest. I was a bad boy. I wish I had concentrated a bit more, especially in English.

Was their support at school for your dream job.

No not really, however my form tutor Ms Patel was a wonderful teacher who always told us that we could do anything we wanted to do in life. Best teacher ever and very beautiful. To be fair there may have been more opportunities but I preferred to wag school and cause mischief. Not much has changed really!

What’s the hardest thing about writing?

Writers block is horrendous, I can be 60 pages in and then boom, blank, I actually have a lot of scripts sat around that I haven’t been able to finish. Then one day while you’re sat in the launderette it just comes to you and you carry on.

What makes what you do so fulfilling?

Seeing the actors bring your words to life, or even putting their magic in there is amazing to watch. It’s also a top feeling seeing your film on a big screen.

The same advice my teacher gave me. Follow your dreams.

What can we expect from you next ?

Well I am working on a  new horror film starring Pip Andersen, a gorgeous champion free runner and who was also lead storm trooper in Star Wars! (He’s hot) It’s part one of four films which will make up a feature. KILL PILL is about a group of teenagers that take a drug at a party which turn them into cannibals/zombies. The uninfected have to survive the night! It’s completely different from my other films and I’m proper excited. My co-writer Lloyd Eyre Morgan and I are also in talks to sign a Games of Thrones star, but I have to keep it zipped for now though. I’m currently CROWFUNDING for the film so please feel free to check this out and help us make the film!

What else have you got coming up?

I have this pet project called Forgive Me Father, which is about being gay guy in the priesthood. It kind of deals with homosexuality in the Catholic Church and how the two should be able to co-exist and the consequences if they don’t. I really really want to make the film but I think to move forward at this point I need to make a more commercial film, then I can go back to what I’m passionate about.

See some of Neil’s work here: