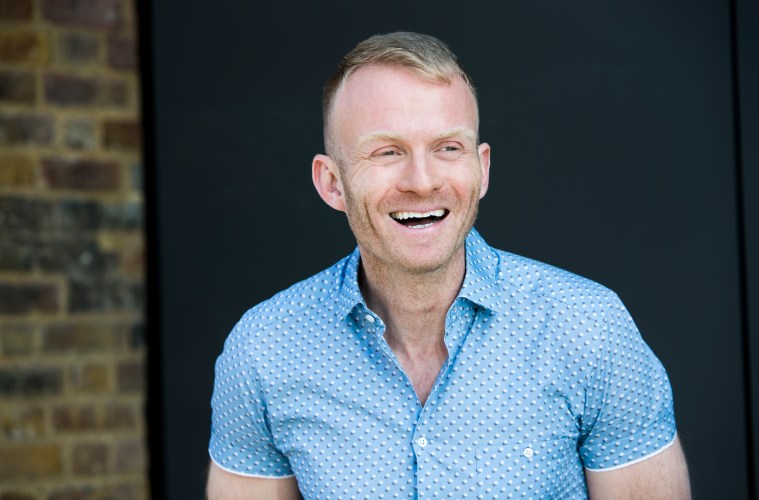 Matt Cain: How to write a bestseller!

Matt Cain, the hugely successful author of blockbusters Nothing But Trouble and Shot Through The Heart, offers his advice on how YOU can pen a bestseller! If your dream is to write a bestseller, the first thing you need to know is that over 80% of readers of popular fiction are women. So if you want to secure a book deal with a mainstream publisher, my advice would be to write a book that appeals to female audiences rather than just gay men. If your book is aimed solely at a gay readership then it’s most likely to be rejected by mainstream publishers as ‘too niche’; this was certainly my experience before I signed my first book deal.

So how does a gay man go about writing novels for women? Here are some of the things I’ve learned

1) Pay attention to the differences between the way men and women behave.

Don’t be afraid to make notes. As a gay man, you’ll be lucky enough to be invited into both male and female social circles and this is a really privileged position to be in. It can give you great insights into the differences between male and female approaches to relationships, which you can then work into your book.

2) Don’t ever pretend you know what it feels like to be a woman.

There are already plenty of brilliant female authors out there and you won’t be able to get inside the head of a female character as well as they can. But what you can offer readers is a man’s perspective on life and relationships. So in my novels I mix up scenes told from the point of view of my female characters with others than come from the point of view of my men. And what straight woman wouldn’t want to be offered a glimpse into what’s going on in a man’s head?

3) Make sure your female characters are real.

OK, you won’t be able to create women as well as female authors but you can concentrate on exploring some of the universals that make us human. And your female characters won’t just have had their personalities shaped by their gender but their backgrounds and experiences too. Were they neglected by their parents? Dumped by their first love? Bullied at school? Concentrate on what you have in common with them and how this will motivate their behaviour. This is what I did with Lola Grant, the lead character in my latest novel, Nothing But Trouble – and I really hope it pays off.

4) Play to your strengths.

I have to be honest, I don’t know anything about women’s clothes and jewellery and am constantly having to look things up online. But, like many gay men, I am good at camp, risqué humour. Perhaps because we’re identified by what we do in bed, people expect gay men to be sexually frank and share with us all kinds of intimacies. It’s no coincidence that the TV series Sex and the City was created and written by predominantly gay men for a mainly female audience. I try hard to make a similarly outrageous sense of humour burst out of my novels.

6) Focus on the emotions your characters are feeling and not just what’s going on anatomically.

7) Try to write every day

This is a general tip for all aspiring writers rather than just gay ones. When I wrote Shot Through the Heart I was working full-time as the arts correspondent at Channel 4 News so I had to fit my writing around my job. It was so hard to keep stopping and starting; every time I had to leave behind my various plot lines or running themes or consistent character traits it would take me a whole day to pick them up again and get back into the flow of things. It was very frustrating. But I was lucky enough to write Nothing but Trouble in one continuous stretch, starting the week after I left Channel 4 News. Working on it full-time and writing six days a week made such a difference. It was so much easier – and so much more fun.

8) Step back and view it with fresh eyes

Even though I’ve just said that writing my second book was much easier than writing my first in fits and starts, one thing I did notice when I wrote Shot Through the Heart was that my job at Channel 4 forced me to step back from the novel on several occasions and view it with a fresh pair of eyes. And this is a really important part of the process. When I finished Nothing but Trouble I was so excited about it and how easily it had flowed I thought it couldn’t be improved. It wasn’t until I left it for six weeks and then came back to it that I saw what was wrong with it and could start making it better.

9) Ask someone else to read it

Once you’re satisfied that your book is as good as you can get it on your own get someone to give it a once over – and it might be a good idea if this is a woman. Make sure she’s someone you trust and listen to what she says as she might be able to point things out that you haven’t even thought of. Is your sex too clinical? Is your lead female character too smug or cold? It’s really important that female readers like her and she’s the kind of person they’d want to be friends with if you’re asking them to invest their time in reading her story.

Well, that’s it. All that’s left is to wish you good luck – and I hope you have as much fun writing as I do! Nothing But Trouble and Shot Through the Heart are out now, published by Pan Macmillan. For more information visit www.mattcainwriter.com.