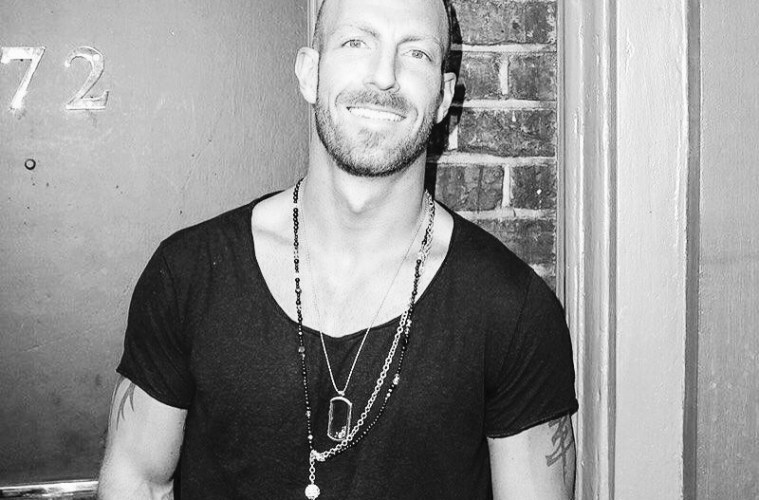 Meet James Ingham, one of the most successful and best-loved of the tabloid gossip columnists in the UK. Every week, you’ll find him out and about at the glitziest of showbiz parties rubbing shoulders with the good, the bad and the downright ugly of the celeb world. And gets paid for it too. Top job, right?

Here, the handsome journo reveals how he landed this dream job and also explains how he’s used his celeb connections to do some good for charity! 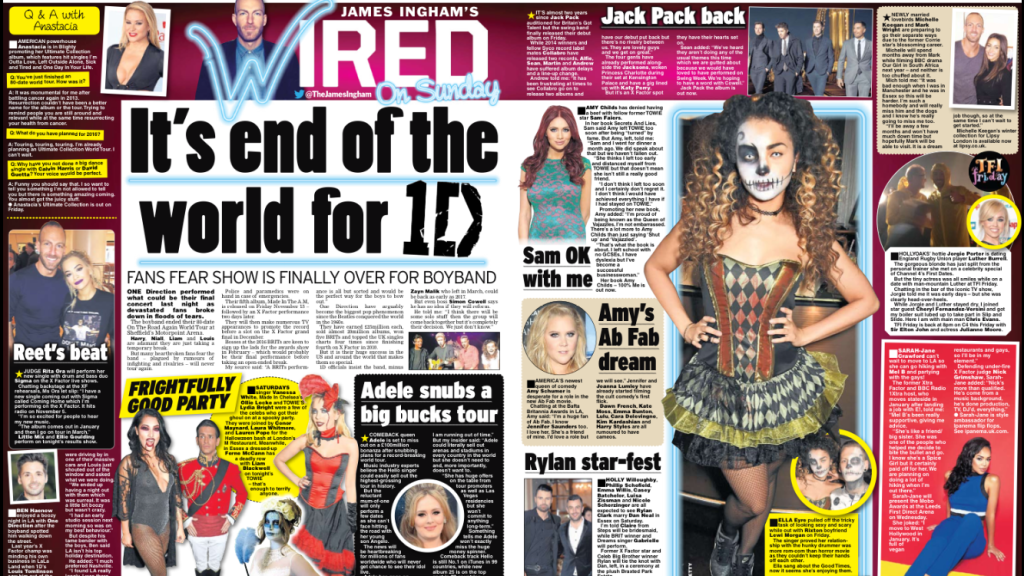 So James, you’re the Showbiz Editor on the Daily Star Sunday. What exactly does that mean?

Basically, I interview and write stories on all things celebrities, music, TV, and movies. I also have my own double page showbiz column which I edit. In very simplistic terms I get paid to go to celeb parties, film premieres, TV launches and pop concerts. 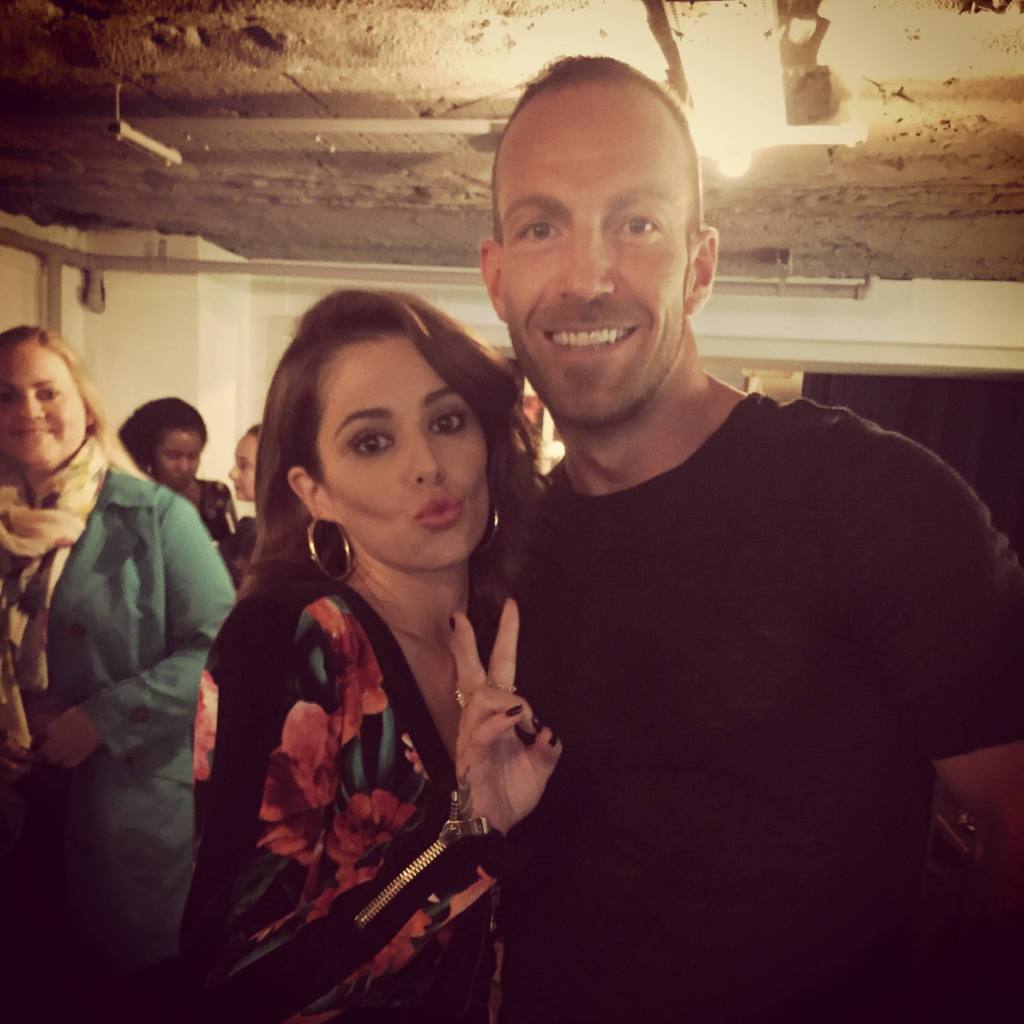 Lucky you! So what does your day entail?

Each day completely varies from another, which is one of the things I love most about my job. Because I work for a Sunday newspaper I’m not actually on deadline until Saturday which gives me the rest of the week to set up and undertake interviews, to build relationships with PR’s and go to events mentioned above. Through my job I’ve interviewed some of the biggest stars on the planet including; Adele, One Direction, Simon Cowell, Whitney Houston and David Beckham.

So, how did you get started?

I’ve always been interested in writing and loved English at school. I also loved writing fiction stories and studied drama. After leaving school I studied Media Studies at college and took A Level English. After college I went to university to complete a BA Honours Degree in Journalism Studies. 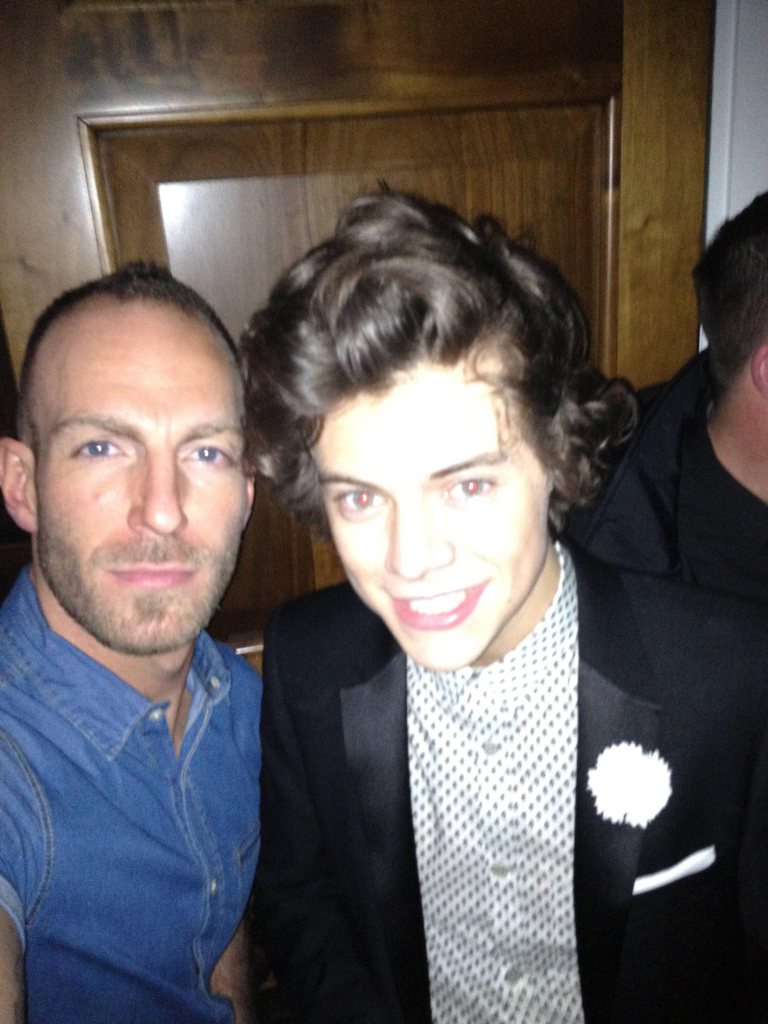 Did it take you long to get started?

I would say I’ve got to where I am today thanks to a combination of luck, hard work and determination. Journalism is a hard profession to break in to. After uni I travelled the world for two years because, one, I wasn’t ready to come out to my family, and secondly I was unsure what I wanted to do as a career. I then moved back to my parents house in Leeds and worked for a bank to pay off my debts. It wasn’t until I was about 25 that I realised I wanted to do something more fulfilling as a career so went back to journalism.

So what was your first step?

I started out by working for free at Ross Parry press agency in Leeds on my days off from the bank. After a few months they offered me a job but I had to take a 50% pay cut. I then worked my way up from junior reporter to Deputy News Editor until eventually moving to London and getting my foot in the door on a national newspaper. You could say it was a case of the right place, right time for me moving to London because I was lucky to walk straight into a job as TV reporter.

You make it sound easy.

This profession is certainly a lot harder than people think. And there’s certainly a certain skill to being a successful showbiz journo.

Not really, or not that I remember. To be honest I never really knew what I wanted to be as a teenager or even as an young adult so it was hard getting a clear focus and plan together. In truth, I probably wanted to get in to acting and was accepted into a performing arts school but at the time I was too self-conscious to embrace my opportunities. I struggled accepting my sexuality growing up gay in Leeds in the 90s. Although I was quite out-going and confident I was also terrified of being outed and rejected. It took me a long time to find the confidence to really put myself out there and risk being judged.

It’s hard to complain or moan about a job like mine when you compare it to public service workers, or in fact the majority of jobs out there. I guess the unsociable hours. Even though you are out doing amazing things it can make dedicating specific time to loved ones hard at times. It can also be a very cut-throat and competitive industry with a lot of pressure forced upon you.
Journalist some times get a bad rep, and in some case they deserve it. Having said that I’ve learnt you don’t have to screw people over and write negative stories to be a good journalist. I’ve tried to build my career on forming good relationships with celebrities and PRs, which isn’t always easy working on a tabloid paper. At times the job can compromise your own moral compass but at the end of the day we all have a choice about what type of journalist or person we want to be.

Two things mainly. Firstly, I’ve experienced hundreds of things I would never even dreamed of as a kid. I get to go to the Oscars and BRITs every year. I’ve met, interviewed and even become friends with some of my childhood heroes. I’m privileged to do what most people can only dream about. I’ve also experienced random moments like playing table tennis with a smashed Grace Jones, been slapped around the face by Danny Dyer, or being taken out to dinner by Fleetwood Mac legend Stevie Nicks. Secondly, doing my job has enabled me to achieve lots of personal ambitions I would never have been able to do otherwise. I’ve hosted my own celebrity fundraising event called Jog On To Cancer for the last three years – raising nearly £150,000 for Cancer Research UK in the process which I’m incredibly proud of. Famous faces like Olly Murs, The Script, Mel C, Gabrielle, Alesha Dixon, Craig David, Beverley Knight have all performed due to relationships built with them as a direct result of my job. 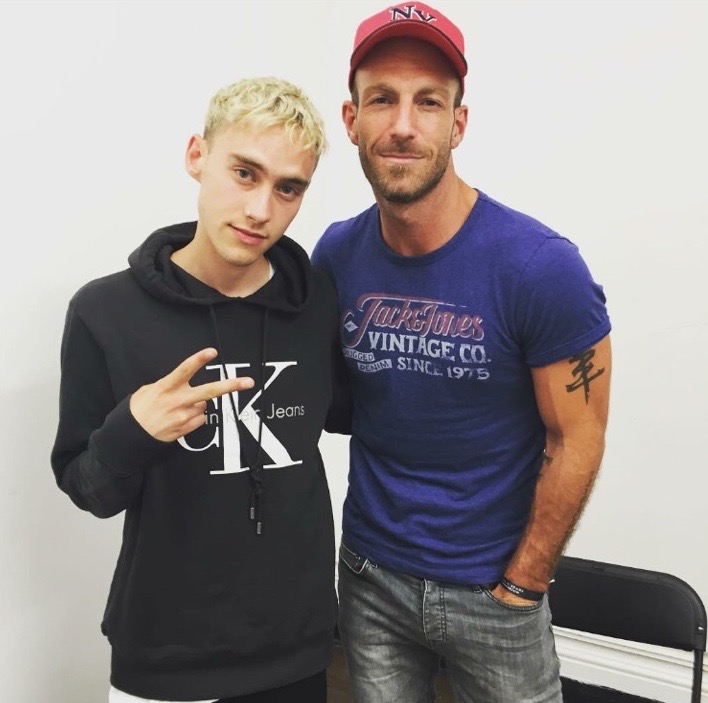 That must be fulfilling.

I’ve also used the small profile I have, along with my industry connections to promote LGBT resource website and newly approved official charity RUComingOut.com – which I am now a trustee of. I’ve been able to bring media and celebrity support to the website, including going on This Morning, which it might not have received otherwise. Finally as a result of working with RUComingOut I’ve also gone on to become a School Role Model for Stonewall, which I am again incredibly proud of. It’s incredibly fulfilling to visit schools across the country to talk to kids about my own struggles coming out, and how I went on to build a successful career in media.

Career wise starting out I would just say try to be pro-active and do something positive, whatever that may be. I never knew what I wanted to be but I still went to college, went to uni and then travelled the word until I worked out what that was. Give yourself as many opportunities in life possible. If you already know what you want to do I would simply say believe in yourself, work hard, be thick-skinned and don’t give up. You may have to work for free or work in places you hate but nothing worth having comes easily.

You said you had a tough time dealing with your sexuality. What advice would you give us others struggling with that?

I would say just be yourself. Whoever and whatever that means to you as an individual. Don’t try to change who you are over fear of being unloved or rejected. It sounds cheesy but you have to love and accept yourself for exactly who you truly are and not what you want to be or what other people want you to be. Once you’ve done that you actually really start to live the life you were born to live. Someone’s sexuality isn’t important, being true to yourself and being a good person is.