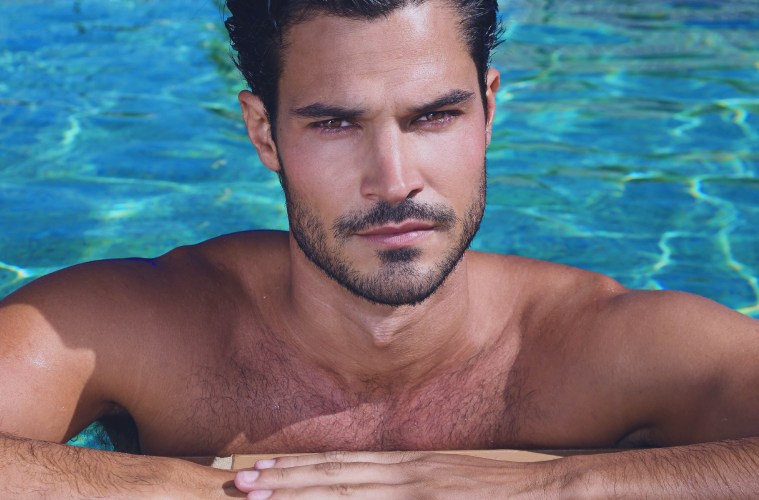 Speaking in his first UK interview, Ryan Channing reveals all about modelling, coming out and looking forward to having puppies and kids.

That Ian Thorpe’s a lucky fella, isn’t he? Why? Because the 32 year old champion swimmer is dating the rather dashing looking model and law student Ryan Channing (ooh, good name!). But who is Ryan? And where has he come from? These are the questions we have been dying to find out since he started appearing regularly on our MailOnline feed. So we caught up with the handsome chap to talk about life as a successful model, coming out and fighting for equal marriage.

Lovely to meet you, Ryan. Now, you’ve obviously got the looks and swagger of a model, but was modelling something you’d thought about doing?

No, not at all! When I was younger I wanted to be a pilot! Ha!

Ooh fancy! So how did you get discovered?

A woman called Christine Fox scouted me in Australia at fashion week. As she had previously scouted international models such as Gemma Ward, Skye Strake and Bridget Malcolm, I knew that her offer was pretty serious and I wanted to make the most of it.

From the outset, if you are asked to be a model I think it’s pretty clear what you are getting yourself into with the fashion industry. I have to admit that the job really does teach you a resilience to criticism and you really do have to be secure of the person that you are.

We bet. Did it take time to realise that when you didn’t get a modelling job it was to do with the certain look the client was looking for and not a reflection on you yourself?

You have to understand that it’s a business. The client has a brief of what they are looking for. If you’re not right for that campaign, there’s nothing wrong with you, it’s just they have something else in mind. From personal experience, you can miss out with on an opportunity with an agent one year and the next year pick it up. There’re few things you can change about the way you look, but having the right attitude can take you a long way. 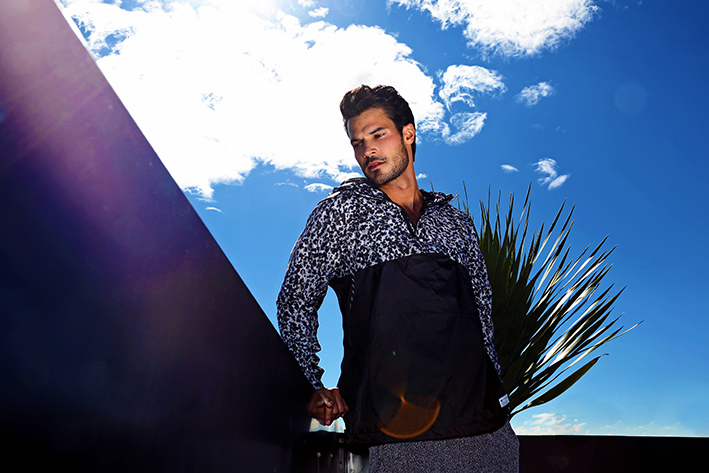 When you became a model – was there a preconception about being a model?

The problem with been in a high profile industry at a young age is that you stick out at a time when you’re just trying to fit in.

While you’ve been modelling you’ve also been studying law. Was it important to have another career option and is it something you still want to pursue.

I started to study law at a young age. Soon after I was scouted and I jumped at the opportunity to travel with modelling internationally. I always knew that I wanted to study law and that I could always return to that. I’ve continued to model while studying in Sydney. It’s nice to get a break from hitting the books to do something like a television commercial. 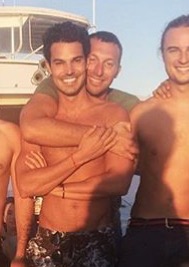 Now, some people think models simply don’t eat and end up ill and unhealthy – does that happen?

If I’m honest, I’ve seen both sides. One of my close girlfriends eats pies and chips multiple times day but then there are models in Milan that eat cotton wool to fill their stomach to avoid feeling hungry.

That’s awful. Are you more conscious than ever about your body? Do you have strict daily exercise regime and diet?

I try and keep it pretty simple. I am to be honest mindful of what I eat without going to excesses. When I hit the gym, I actually go with one of my best friends as it gives us a chance to catch up, have a laugh and motivate each other.

You’re an openly gay model – but is the world of male models predominantly straight? Are they very accepting?

Although most of the guys are straight, there are heaps of designers, stylists and makeup artists that are gay. The straight guys are around this all the time, so they are pretty supporting and accepting. Plus, it’s 2016. 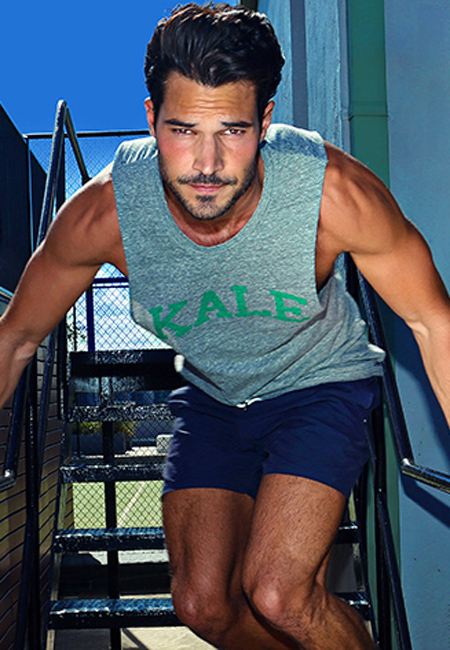 When you came out, was it an easy process, or did you go through a bit of angst?

I was actually very lucky with my experience as I never really had to come out. I used to bring my gay friends over to our family home and after a while my mum started to notice that my friends were gay and one day she asked me if I was like them. I have to admit, I was a slightly anxious about the question, but when she asked I simply said yes.

Being such a handsome gay so and so you must have had guys throwing themselves at you?

I’ve always been a bit shy, and some guys take it the wrong way. But for me, looks are one thing, but personality trumps appearance.

You’ve been in the news a lot lately because of your relationship with Ian Thorpe. Has the way you relationship been reported upset you?

From what I’ve seen, everything that has been reported is positive!

Have you always been on the look our for love? Is romance and marriage important to you?

Aren’t we all looking for love?

Have you been part of the campaign to get the marriage laws changed in Australia?

Australia is expecting to have a plebiscite (public vote) on the issue this year. I’m not so sure about this approach as I’m concerned about the possibility of seeing the anti-same sex marriage advertisements as it could cause some people to take a step back. While the majority of Australians support marriage equality there is a vocal minority voice that would like to maintain the status quo. It’s important to make sure that its gets easier for LGBTI in future generations, not harder.

What’s the plan for the future? What does life after modelling hold for you?

I’ve started preparing for my future career. I’m currently working in chambers where I have the good fortune of been able to work with a group of very talented barristers that I hope will inspire me during my studies at law school. After that, my focus will be towards puppies, children and family (not particularly in that order) ha! 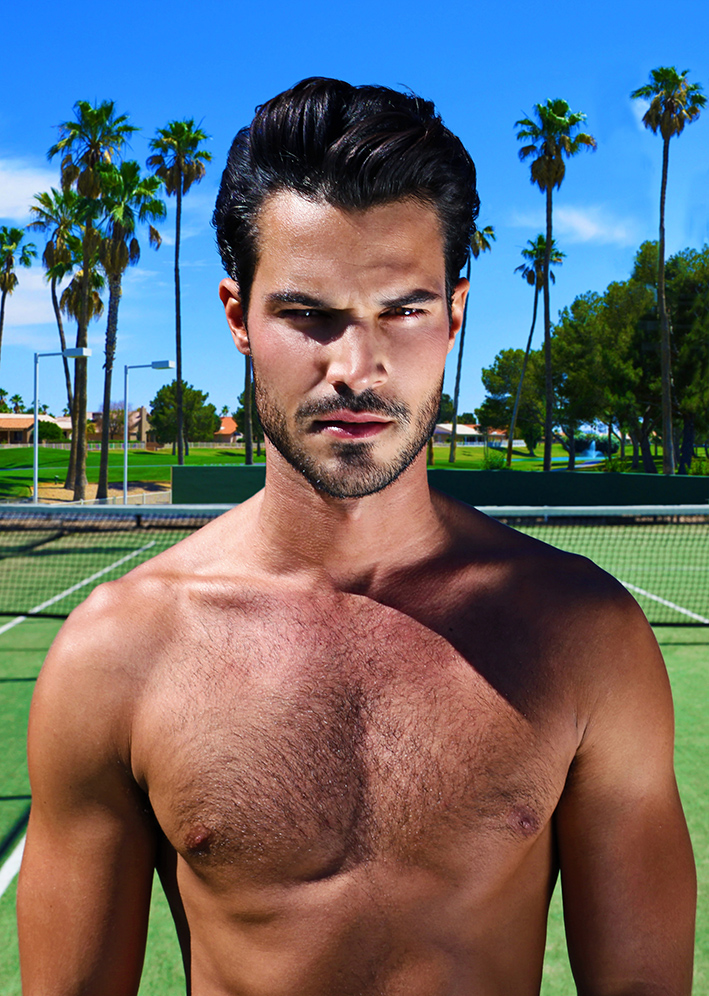 And finally, what advice would you give young guys who fancy a career in modelling?

No matter how successful you are in modelling its always good to keep you options open and to be involved in other things. It gives more balance to your life and makes you a more well rounded person. If you’re only a model, you are quite one dimensional.