Deric Hartigan: ‘I went from boybander to weatherman!’

Meet Deric Hartigan, the dashing weather presenter who gets Ireland up every morning on breakfast telly with a flashy smile and a cheeky wink. He is the man who has the power in his hand to make or break your day, depending on what forecast he has to offer.

We caught up with Deric to find out what it takes to become a trusted weather man – especially at a time, when the weather has been so ferocious. 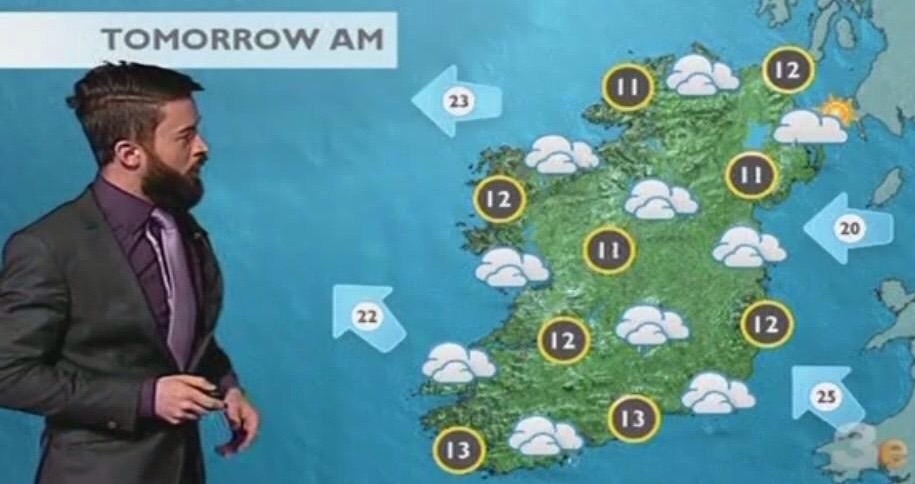 So tell us about your job…

I’m a weather presenter on the award-winning breakfast show Ireland AM on TV3 but I’m also doing more feature reporting and recently produced and presented my own documentary; The Real Slum Dogs-Journey of Hope; here I travelled to Calcutta, India to make a one hour special from the slums.

My day is always very varied and different. It normally involves a 4AM start if I’m on the early shift. I’m an early bird catches the worm type of person so if I wasn’t in work then I’d be in the gym first thing!

How did you get your break?

I started in the media industry over 10 years ago as a production assistant and worked my way up; learning as much as I could behind the scenes; from research, news gathering, gallery production and studio operations.

Was it an easy journey?

Most definitely not! Its’ taken a lot of hard work and dedication to get to where I am in my career but I’m a big believer that if you want anything in life, then you’ve got to sacrifice the time!

What did you before getting this job?

I was a secondary school teacher of French and Spanish. I love languages and lived in both France and Spain over a two year period! Crazy fun times!

What had you studied at university?

I hold an honours degree in Applied Language and went on to do a graduate diploma in Language Education.

If you had wanted to break into TV was there support at school to pursue it?

Television was never really on my radar until after I finished university; so I was definitely a late bloomer!

From what I remember, I was more carefree than careless, but I certainly lacked the confidence that I have now. I suppose that came more with time, age and experience! I was quite studious but not in a nerdy way! I always wanted to be a dentist but fell just short of the necessary high points to enter the course. Dr. Deric definitely has a ring to it!

I was actually in a boyband for a time in my teens. That fizzled out fast but it did give me an early taste for the world of music, media and entertainment.

So when you took on the weatherman role what was the hardest thing about it?

At first, it was memorising all of my scripts in a short period of time; but over time it’s become second nature to me. I’m lucky in that I have a photographic memory so I can absorb and retain a lot information quite quickly!

Live breakfast television is always very challenging but that’s what makes it so fulfilling. I very much enjoy being out on the road for outside broadcasts; meeting members of the public who are loyal fans of the show.

What advice would you give other people looking to become a TV presenter!

Get as much on the ground experience as you can and always have a backup plan! If you don’t get to where you want to be; then be sure to have something to fall back on. But saying that; always follow your dreams and never give up on what you believe in.