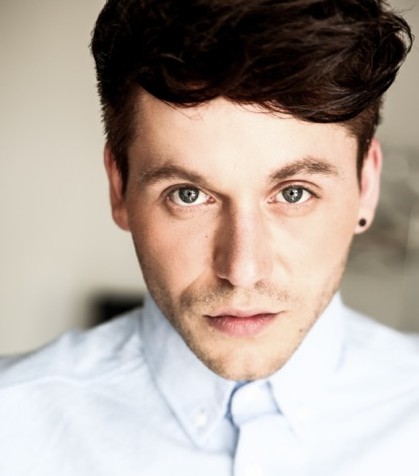 Ever fancied being a radio DJ, providing the most essential soundtrack to the nation or chatting us through the night. Well, it’s a pretty glam lifestyle that can open doors aplenty. Not only do you get to meet the most exciting people in the world, discover the stars of the future and perhaps like Nick Grimshaw land (and lose) a seat on the X Factor judging panel! You can do it all without having to run a comb through your hair as no one can see you. We caught up with Radio X’s Phil Clifton who tells us how he went from arriving in London with just a £100 to his name.

So Phil, tell us what exactly it is you do?

Hello! I’m a broascaster, I present things on the radio, TV and online. I also DJ!

Well the radio station I work at (Radio X) just went national and – by some bizarre error in judgement from someone much more important than me – I managed to get promoted to a daily show in the evening. So I do that at 7pm, every weekday across the UK. The daytime is mostly filled with meetings or other work bits and just general getting on with stuff. As a presenter you’re fully freelance and this is my first daily job through the week, so I’m learning to make the most of the weekends now.

I started doing work experience for XFM (as it then was) in Manchester. The team there were amazing and really encouraging which helped. Then one day I decided to take a chance and move to London. I had like 100 quid in the bank and stayed in a youth hostel in Camden whilst working in a bar. Then I called XFM in London, did some very colourful lying about my experience (and ability) and bagged myself some paid work. A slot openend overnight, I got it, was nominated for a Sony ‘Rising Star’ Award, then came telly and other work.

Were you an overnight success or did you have a lot of obstacles.

I’d say I’ve been very lucky with the jobs I’ve had (there’s a lot of luck and blagging it involved in this story, in case you han’t noticed). I did MTV for a bit, then Freshly Squeezed on Channel 4, hosted alongside Emma Bunton doing the spin-off of a Channel 5 reality show, did backstage at the BRIT Awards, the L’OReal HAirdressing Awards (anyone who’s seen my hair will be fully aware of the irony of this appointment)…. No job in the industry is ever super easy to come by and I got some great jobs really quickly, but particularly in the last year I’ve improved a million times and become a LOT more confident in my ability as a broadcaster… so I’m excited for the next stage.

What did you before this job?

Oh, Christ. I have two failed degrees, a tit load of student debt and did a lot of bar management. A very bleak period as a Green Coat at Tesco once. I even did the tannoy for customer announcents – I used to fully milk it and talk way more than was needed – I should have known then I needed a radio job.

I did media, psychology and sociology at A- Level. Academia is a wonderful thing and I had so many great educational experiences, but it wasn’t for me. I’d have been better off getting work experience in earlier.

I think so, but I never really knew what I wanted to do. I’m from York which is a city full of talent but it’s a million miles away from the industry…the ability to ‘show off” isn’t really seen as an applicable professional skill. When you get to London it all changes and jobs like this become a possibility if you’re prepared to put the work in and start from the bottom.

I think in every job in the world there are pitfalls, but 2016 for me is about seeing the positive and just enjoying the professional opportunities that come my way. I’m honestly very lucky and I don’t want to take anything for granted.

I love that you get to just chat to people. It’s not like you’re changing lives or performing open heart surgery or anything, but when people come up and say ‘thank you for introducing me to this band’ or contestants on reality shows are like ‘I was so nervous thank you for just being there for a little reassuring cuddle’ – silly stuff, but it’s nice.

Be yourself. Too many presenters fall in to the trap of being something they’ve seen work before and people always see through it – you work, have confidence.