‘I wish homophobic people could see we are just like them!’ 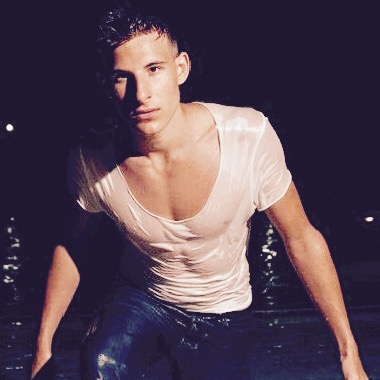 Producer and talent manager Philippe Ashfield talks about carving out a successful career and how he came to terms with being gay!

Behind every great successful actor or musician, is a talented and hardworking person pushing them in the right direction. Meet Philippe Ashfield, a 28 year old producer, talent manager and CEO of Instant Entertainment who represents actors and screenwriters.

Here, Philippe reveals how he carved out his career and also looks back at his teen years when he finally came to terms with his sexuality – long after his mates told him he was gay!

So Philippe, what exactly does a talent manager do?

I promote and get work for actors and screenwriters who I represent as well as selling their scripts and talents to film studios and top tier casting directors.

When did you discover that you could spot talent?

When I started modelling I realised my career wouldn’t last long past 23 so I decided to get into PR and it was from there I started managing actors and scouted talented people in the arts.

What do you think makes a star?

Someone who is humble and grateful for what they have and is ready to work hard whilst taking rejection. 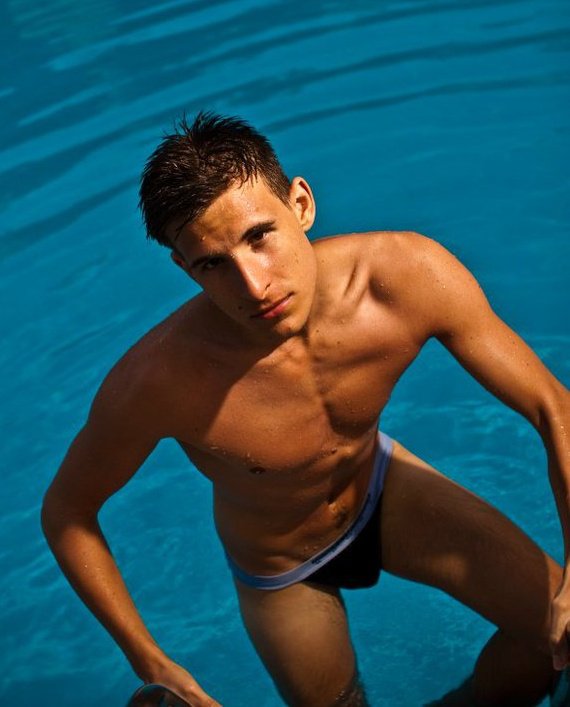 Do shows like The X Factor make people think its easy to find fame?

Yes, and it’s disheartening to people who do shows like this and an extremely loud wake up call when they come so close. It’s only after the show that they realise they will only be successful if they push themselves rather than relying on others.

Do you consider people from Ex On The Beach or Love Island stars???

Not at all, I don’t think they would class themselves as stars either. They know how to sell a story. It’s hard to be successful, so good on them for making money for being themselves.

Mainly talking to my script editor Julie Paupe and actor Craig Edwards – we have some funny conversations.

Well I started out managing the PR of Montanna Thompson (Tracy Beakers’ Justine Littlewood) and from there I became her manager and agent. After I took her to the Cannes Film Festival things just got busier and I started getting inundated with applications for representation from budding actors and then came across Craig Edwards and saw that he was a star in the making.

Were you an overnight success or did you have a lot of obstacles.
I’ve worked extremely hard to get to where I am today. It was never going to be easy, but I’m really happy with who and where I am to this day. I owe so much to my mum, she’s really been my rock. I’ve almost given up from time to time in the past I’m so glad I carried on.

I actually studied music and – hate to be a stereotype – but, hairdressing at college. I have to admit at school there wasn’t much support for a career path like mine. No one understood what I do and still to this day I think people kind of look at me a bit weird when they ask me what I do and I say I’m a talent manager and producer.

A lot of last minute changes and waiting for decisions, but I’m not complaining millions would love to do what I do so I just embrace it.

Has it been hard to make your company successful?

Success is relative to what you want to achieve personally. I often go quite philosophical and think What is success? Is it money? Or is it achieving the goals you set for yourself starting out? Who knows, but I wouldn’t say its been hard, it just takes time. I just do my thing and work as hard as I can and I love doing it so the passion drives me forward.

How long did it take before you start make money?

It took a long time, but it is worth the wait. My advice for any of the guys who are starting out, DON’T give up you’re almost there.

You still live in Birmingham – do you have to live in London to make a company like yours a success?
I have some amazing contacts and friends who I meet with when I come to London. Most of what I do on a daily basis are calls and emails, so I come to London for movie premieres, events and meetings once a month or so.

What makes the job so fulfilling?

The thrill of seeing a client in action or having A List actors read the scripts your clients have written, it’s exhilarating to say the least.

My advice would be, to stay true to yourself, be grateful for everything you have in life, be who you want to be, not who others think you should be. Be good to people but don’t get used by them. Be positive and you’ll attract nice things in life. Put out what you want to get back in life and you’ll live a nice life. Don’t give up on your dreams if it’s been done before it can be done again.

So Philippe, let’s look back…. When did you realise you were gay?

I was 16. I was a few months into college and didn’t understand why I didn’t really fancy girls anymore. It was quite a confusing time for me. There was this guy called Mike who caught my eye and he was in the same boat as me and we started seeing each other for a short time. 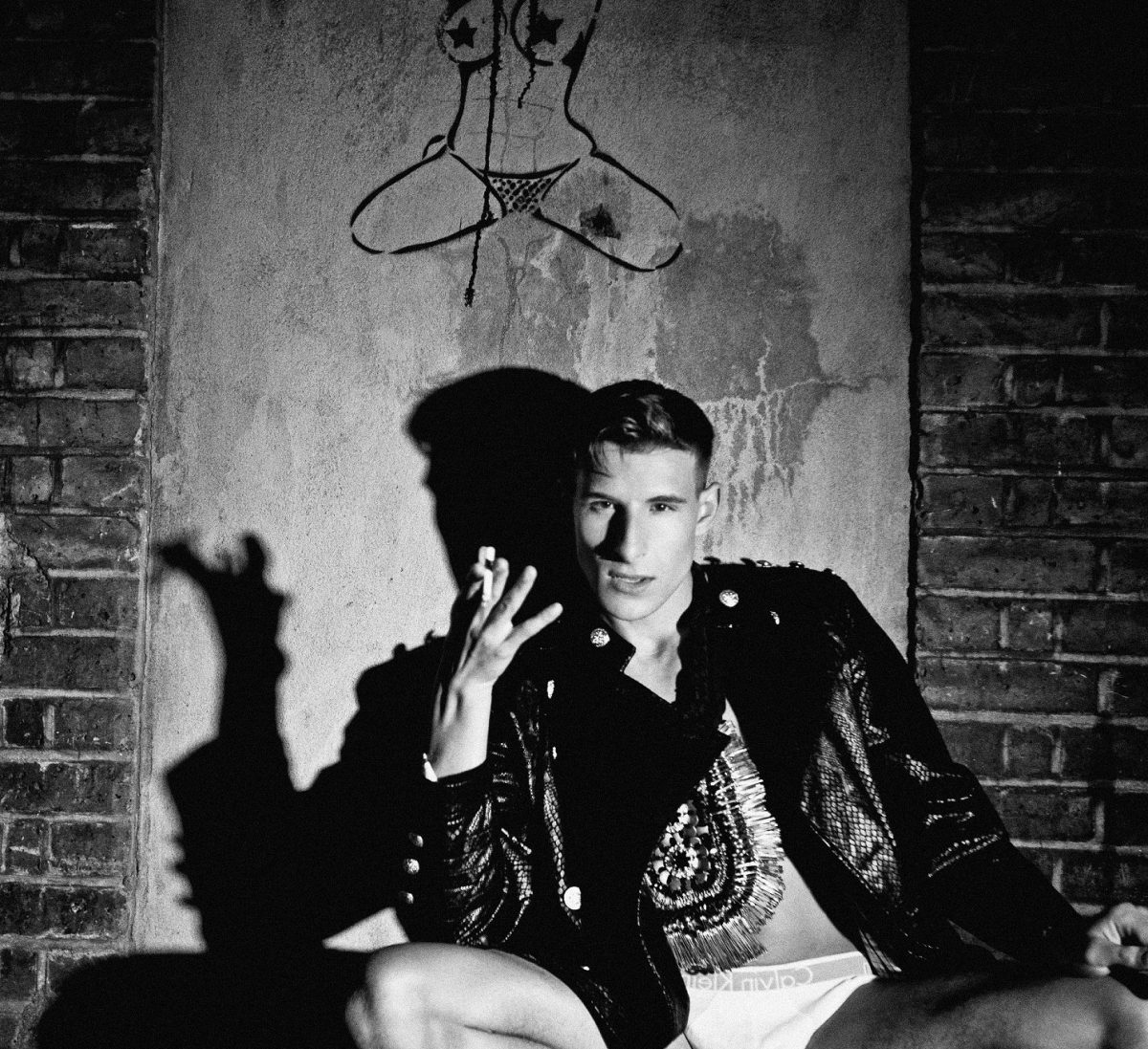 I’d say around six months. I wasn’t ashamed or anything, I just wanted to be sure.

When was your first gay experience?

It was a dare at school, it was very awkward. But after that day I found myself kissing the same guy on lunch breaks.

I had two actually. One was called Gemma and we performed a duet together at a huge music festival where I sang and she played the sax so beautifully. She is now a lesbian, so I’d like to take credit for that.

Were you ever worried about coming out? Did you go through a period when you thought ‘I don’t want to be gay!’

Kind of, I just thought it was weird that I’d fallen for a guy. It was so new to me. I just told my friends at college that I was just in touch with my feminine side.

Who were your gay role models at the time?

Boy George was someone I liked and kind of looked up to. He’s actually a really great guy and we met for the first time at the hospital bed of a mutual friend. He followed me on Twitter shortly after but we don’t really talk that much.

I was terrified about telling my nan. But she surprised me and took it so well. And it was a major relief when she realised it wasn’t a phase. When I told my mum, she just said she’d always thought so. Actually I have been very lucky because my friend s and family were very accepting, though I had some friends’ parents and family not take it as well.

Was school an easy time for you as a young gay lad?

School was interesting… Everyone had told me I was gay for years, though I honestly didn’t see it, although I just thought girls were the default preference and guy’s were my added extra.

When you were fully out, did you throw yourself into the scene?

I did actually and dyed my hair fluorescent pink even though I was a bit of a rocker. But just imagine bright pink flares and a pink string top with the sleeves cut off! That was me – disaster! It didn’t take long for me to realise that the scene was not really for me. I love my friends and only have a handful of gay friends and none of them tend to be majorly into the scene. I also don’t drink, so I don’t see the fun in going there. Give me a nice lounge bar anyway.

Do you think the scene is very superficial?
Unfortunately I do. I find that the scene and some of the type of gay guys that enjoy it are superficial and in turn, give gay men bad press with homophobic people. I wish these people could see that we are just like them in a lot of ways, apart from the gender we’re are attracted to.

How do you normally meet guys?

I try not to use hookup apps, there’s too much of a stigma where Grindr is concerned – guys want just one thing and I seem to attract the bi guys and they always wanna dominate and that’s not for me.

I am very cautious of the statistics, it really bugs me that guys aren’t getting tested as regularly as they should. I’m very health conscious and I’d like to think the teeneagers of today would stop thinking that unprotected sex was OK, just because porn says it is, because it isn’t. I just wish they would realise that if they catch something, there’s no going back, I wouldn’t want to know how that feels and I’m sure most guys wouldn’t either, so ALWAYS play safe and don’t trust strangers with YOUR health. I’m not saying don’t have sex. Have as much as you want, just don’t be selfish or careless. If you don’t have your health you have nothing. 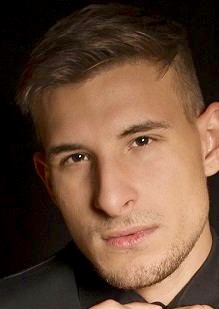 You’re a handsome guy – are you conscious about the way you look?

Not as much as I used to be. I’ve learned to love what I have. I’m not one to get loads of Botox and loads of fillers in my face. Maybe in my 40s I might get a tiny bit but I that guys go over board nowadays. Everything is to the extreme. I just don’t get guys inter early twenties having Botox or fillers. It’s just not right.

Which body part are you not happy with?
I don’t like my nose, I find it very large but again I get complimented on it and how masculine it looks so I’m growing to like it.

What body part do you think other men like in you?
Well, I’ve been complimented many times on my bulge so I would probably say that. That sounds extremely shallow but that’s how things are. I just hope the guy I end up with doesn’t focus too much on it after the initial ‘Woah’. Ha!