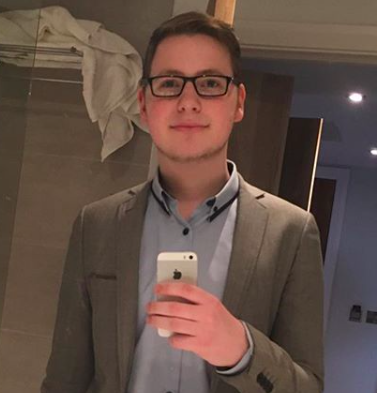 Meet in the incredible Dermot McNamara. Just twenty years old and already he is a major player in the media industry. While many guys his age are still trying to work out what they want to do with their lives, he is already overseeing the careers of the likes of pop legend Samantha Mumba, trans model Talulah-Eve and Linda and Maureen Nolan with his own company Candid Publicity. Keen to find out exactly how he did it, GuysLikeU pinned the busy adopted-Brummy down to chat about career, coming out and Katie Price….

Dermot, you kicked off your management career at 14. How the hell did you get started?

When I was younger I was home schooled but then went on to an under 16 college placement which was part of my local council’s initiative to reintegrate Home Ed kids into mainstream education before they were 16. I ended up a course where all the kids were the ones who got kicked out of every school going. But thankfully I got on with them really well and they even taught me how to roll a spliff – so I suppose I received a broader education than I expected! But when I was at college, I got involved with the Student Union and helped to organise a number of charity events where I was able to book people from Big Brother and TOWIE and it all snowballed from there. 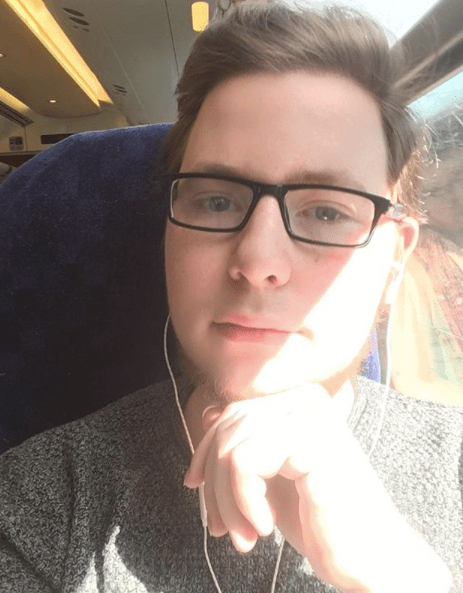 Was it hard for you at such a young age to persuade celebrities to join you?

Similarly did you find it hard to persuade others in the media that you were able to do what you said you could?  I worked with other charities and did bits of freelancing, from who I met via the charity stuff before I set up on my own – so my work spoke for itself. That and I was clear from the beginning that I was young but what I lacked in experience I made up for in determination and energy.

Tell us about some of your clients.

I’ve always believed in having a variety people on the books and I’ve never liked being pigeonholed and that reflects in my client roster. I have people with different careers, achievements and experience. Some have just started out, some have been in the business for 50 years! A few of the newbies I represent include model Talulah-Eve, who was Britain’s Next Top Model’s first transgender contestant, cosmetic doctor Dr. Vincent Wong and This Morning’s resident fertility specialist Dr. Larisa Corda, also known as the Baby Whisperer! And some of the established stars I represent are Samantha Mumba, Linda and Maureen Nolan (of the Nolan sisters fame)

It must have been setting up a business by yourself? How did you go about it?

It was a long process but it was the right thing for me. I like being in a situation where I’m answerable to myself – not where I’m scapegoated because I’m younger, like I was at other agencies when freelancing. One of the people who inspired me to set up on my own was Melanie Blake from Urban Associates. I think her client list has always been incredible and she’s managed to maintain a boutique structure, which is incredible. It’s amazing now as she’s a bit of a mentor to me and we share Linda and Maureen Nolan together (Urban are their acting agents) – so it’s an honour and privilege to work with someone you truly look up to.

There are so many changes in the media-  magazines are dying, TV overuses the the same stars… How do you get your up and coming stars in the door?

The changes are an absolute shit storm and I absolutely hate it. It’s worse as we’re still in that transition period of the unknown. It’s a collective no man’s land. It’s like the time between Christmas and New Year, where you have absolutely no idea what’s happening but you’re pushing through it. It’s sad to see magazines dying such a painful death. I’m hoping things will go full circle. Print, as a whole to me is still one of the best ways to achieve credible recognition.  As much as I love online and do a lot online, it’s all very instant and when one story goes up, ten others pop up elsewhere. A magazine or newspaper is curated and a lot more time goes into it. Luckily my clients all have a broad appeal in their fields, so it’s generally easy for them to get through the door.

Do you think celebrity culture is changing for the better?

Yes and no. A lot of the older stars who were incredibly talented are being overshadowed for reality stars. Reality TV is a very unstable business, everyone’s going up for the same jobs and there’s always a fresh batch of reality stars coming off the factory line. 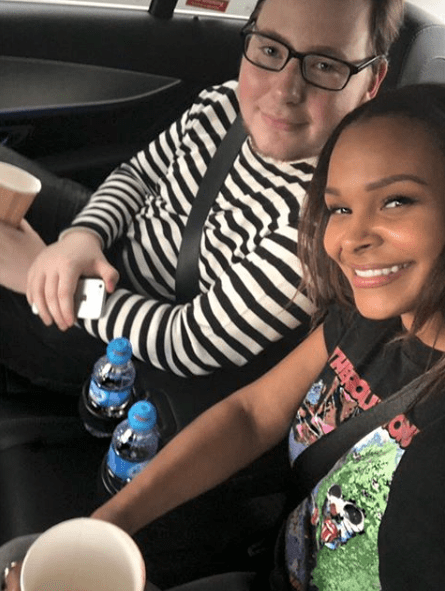 Does working so hard mean you are unable to enjoy your real life?

PR is quite a social job anyway and I like to make friends with the people I work with – and work with them on things. So it all mingles into one.

Is it hard to find someone to date when you are so busy.

I’m not too gone on dating at the moment anyway and I think with the rise of apps, Dating is becoming a bit of a dying trend.

What do you look for in a client?

Credibility, a lack of ego and hard working.

Do you think we have too many reality stars these days?

There’s new ones every week and then they all get the same cosmetic surgery too, so they all begin to look like each other. They’re like clones. There are no Elizabeth Taylor characters anymore. They were what it’s all about back in the day! 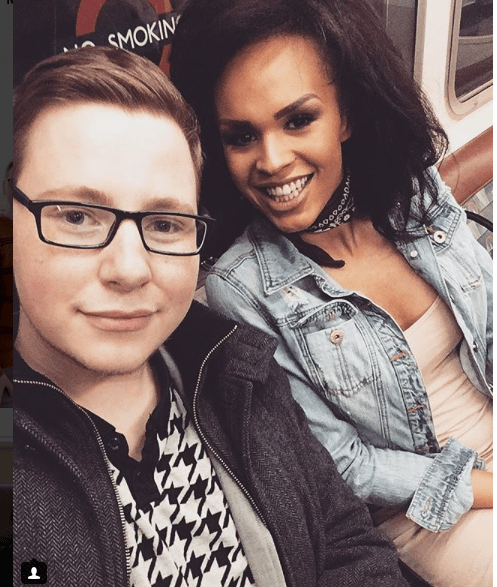 Katie Price is going through a bad time right now – how would you turn around her career.

Isn’t she always? I certainly wouldn’t want the task of managing her. The thing is, there’s a ton of young stars coming up – that’s how Showbiz works. She’s never going to be as big as she was 10 years ago – it’s more deluded than everyone thinking the U.K. is going to win Eurovision again.  Katie’s exhausted every part of the media to the point there’s nothing to fall back on. She’s done every reality show, done all the books, the columns, the messy drama. What else is there left?

I actually realised when I was in primary school and I came out to my mum before secondary school. I was worried to tell her. I knew she’d be fine with it but everyone has that coming out fear, especially when you’re coming out to parents. Also, my mum’s an Irish-Catholic, albeit a lapsed and laid back one, but the rest of our family are quite reserved. Mum had quite a few gay friends anyway, but it’s one thing being friends and the other having a child who’s gay. I then came out one of my best friends at school, a straight guy funnily enough. He was sweet and said it didn’t change anything. He and I are still close now. 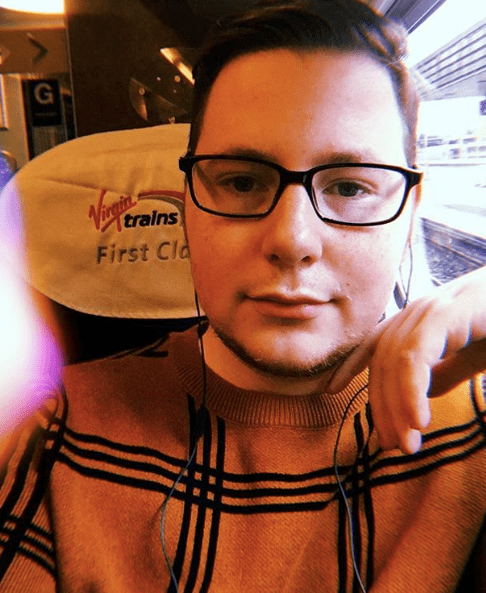 How was it at school – did the other guys treat you well.

Luckily after I started secondary school, I left to be home schooled, so I didn’t really have to deal with that. I did suffer from homophobia there. I wasn’t out there but my accent was different – as I was born and raised in London and I was late starting at secondary – so it automatically made me a target.  A few years after I was homeschooled, I then had an under 16 placement at a local college, when I was 14…

Did you have any gay role models?

Graham Norton was one of my idols and he still is. I think it’s great that he’s not pigeonholed professionally by his sexuality, which a lot of queer personalities encounter. I’m sure he did earlier on in his career, but obviously not now.

When you were growing up did you rely on gay media?

When I came out I watched a lot of Queer as Folk. As much as I loved the British version, the American version was great in terms of showing queer people in day to day life. More recently, Cucumber and Banana have filled that gap but I think they were a bit ahead of their time. If they were done now, they would have easily have been bigger hits. 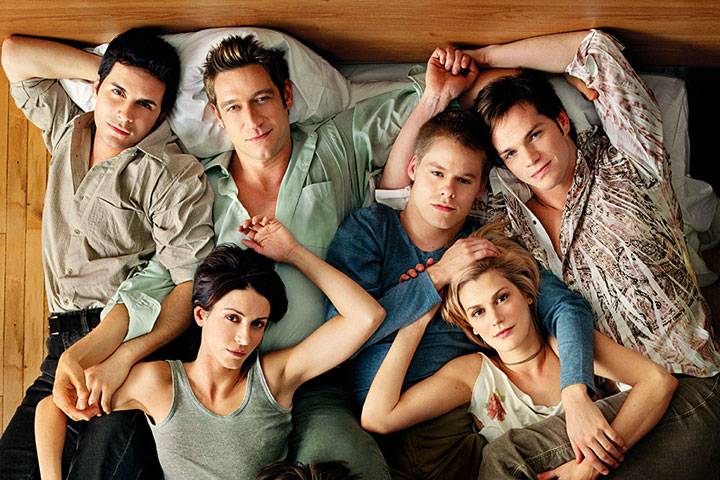 Do you like the gay scene or are you bored of it.

I dabble in it, I respect the fact spaces like that are important, but for me – it’s not the be all and end all. I generally spend most of my time working anyway!  I’ve been spiked a few times, but my body reacts well to it. I just throw it up and then I’m fine. I suppose that’s the upside to having Crohn’s haha! And YES I KNOW I SHOULDNT DRINK BUT I DO

Do you think the scene is very superficial

I think so, if people were trying to look for Mr Right instead of Mr Right Now.

Have you had your heart broken

I did – he was bisexual and closeted, which opened its own jar of worms. 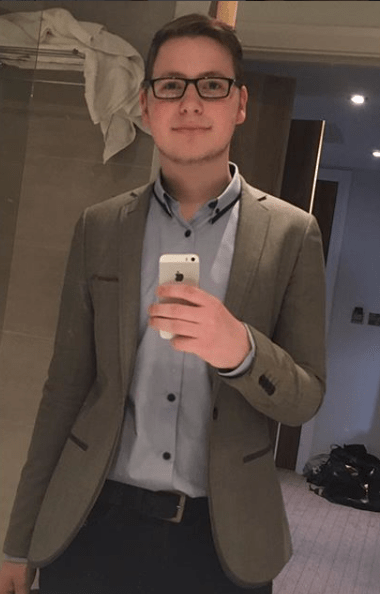 Oh all the time! The last time I was somebody’s type, I was giving blood!

Have you experienced any homophobia.

Definitely, I mean who hasn’t? Even the most privileged have experienced it. Thankfully I haven’t received as much as others. I did receive a but when I was at secondary school. A little when I was at college but I’ve always been quite bolshy and unafraid to stand up for my self or back down from a confrontation, which in turn probably made most bullies a bit intimidated. I suppose that’s the Irish in me!

Do you believe in monogamy – or is that too heteronormative

Most hetero men seem to cheat from what I see – so I think it’s ironic and hypocritical how they lay into queer people or anyone who isn’t monogamous.