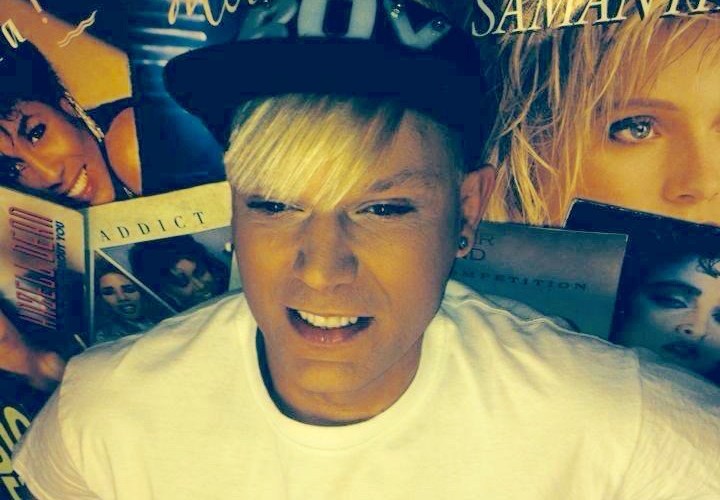 We celebrate the colourful stars of the gay cabaret scene – first up, the mighty Jason Prince.

You know the face and you’ll most certainly know the voice from nights out at your local gay bar. Yes, it’s the sensational cabaret star Jason Prince. But while you probably know him best for whipping a crowd into a disco frenzy, did you know that he’s also been busy working behind the scenes remixing and producing tunes for many of your favourite artists. Not only that he’s a TV presenter too? Is there no end to his talents? Here, Jason looks back to the start of his career and takes us on a journey that spans almost 20 years.

Now Jason, we know you best as one of the most popular stars of the gay cabaret circuit, but how did you get started?

Back int he early days, I used to appear in musicals and do bits of TV when I was a kid but being embraced by the gay cabaret circuit happened to me in my late teens. My first date with my ex-boyfriend was watching a show at Brighton Dome called Boyz Night Out. It was a traditional gay friendly variety show starring June Brown (below), Hazell Dean and Dave Lynn. That night I was introduced to the stars of the show and to theatre producer Brian Ralfe. Through Brian I met Maisie Trollette and all the stars of stage and screen. It wasn’t long before I became the baby of the cabaret circuit performing at parties and guesting on shows under the wing of the other cabaret stars. I was around 16 or 17.It was a great time.

Wow, that’s young. Did it take long to get you foot in the door?

When I was 16 I worked with Redbus records and then with my friends the Fallon twins, who owned a studio near to where I lived. My first big break though was being signed by legendary music manager Simon Napier Bell, who got me a publishing deal with BMG music. I then went onto working with international producers and songwriters Andy Whitmore, John Springate, Duncan Millar, Sleazesisters, Ian Anthony Stevens and Ross Alexander.

Oh, there were so many. Releasing my first single, filming my first pop video, singing on TV for the first time, my first radio interview, my first TV interview, being asked for my first autographs. It was all so great! Also, turning the Christmas lights on in my home town was a proud moment and having fans camped outside my house in bushes gave me such a great feeling. Also, when I had my first dance chart number one single, I was so excited and when I released my album internationally, well, I felt great! Oh you know, singing in some grotty working mens clubs, but that’s what we all do! Losing my first record deal!

Was the industry a friendly place or or was it back stabbing?

In the music industry you are either hot or you are not…Everyone’s very friendly… when you are hot! Ha!

Obviously you were gay at a time when popstars couldn’t be a heartthrob and be gay. Did that make you think there was no place for you in the industry?

Actually, when I first started out I was paired up by my management with a girl singer called Janis to give a more straight image. It worked for us at the time and we had lots of teen fans.

Was coming out as gay easy for you?

I have the most wonderful supportive family. To be honest, I was never really ‘in the closet’ with friends and loved ones anyway. When I was 13 I dressed up as Sinitta and performed Toy Boy in assembly… I think everyone guessed then!

We bet! What was the industry like back then? Was it all casting couch experiences?

If I’m honest, it nearly did it happen, but didn’t because I had a long term boyfriend for nine years who was very protective of me. I was very innocent and naïve as a teenager and I was introduced to these two guys who were the big producers at the Beeb. They invited me for dinner at their place but when my older boyfriend came along with me they looked very disappointed indeed. You’re are an accomplished songwriter. Who were your inspirations?

Well, I love pop music. My early inspiration was George Michael, so I was thrilled when I signed to Simon Napier Bell, who was the manager behind Wham! I also love Pete Waterman as a pop writer and producer and I have been fortunate enough to work in the studio with a lot of his original artists.

That must be like living a dream! When did you decide to work behind the scenes and hit the gay circuit?

I was working a lot with Nik C and Paul Tams at their studio in Brighton years ago. I ended up teaming up with the studio junior at the time James Hurr (DJ James Saint James) and together we formed Klubkidz productions. The first music we produced together was with the legendary Viola Wills (best known for her hit Gonna Get Along Without You Now) who mentored James and me and encouraged us to produce an album with her. 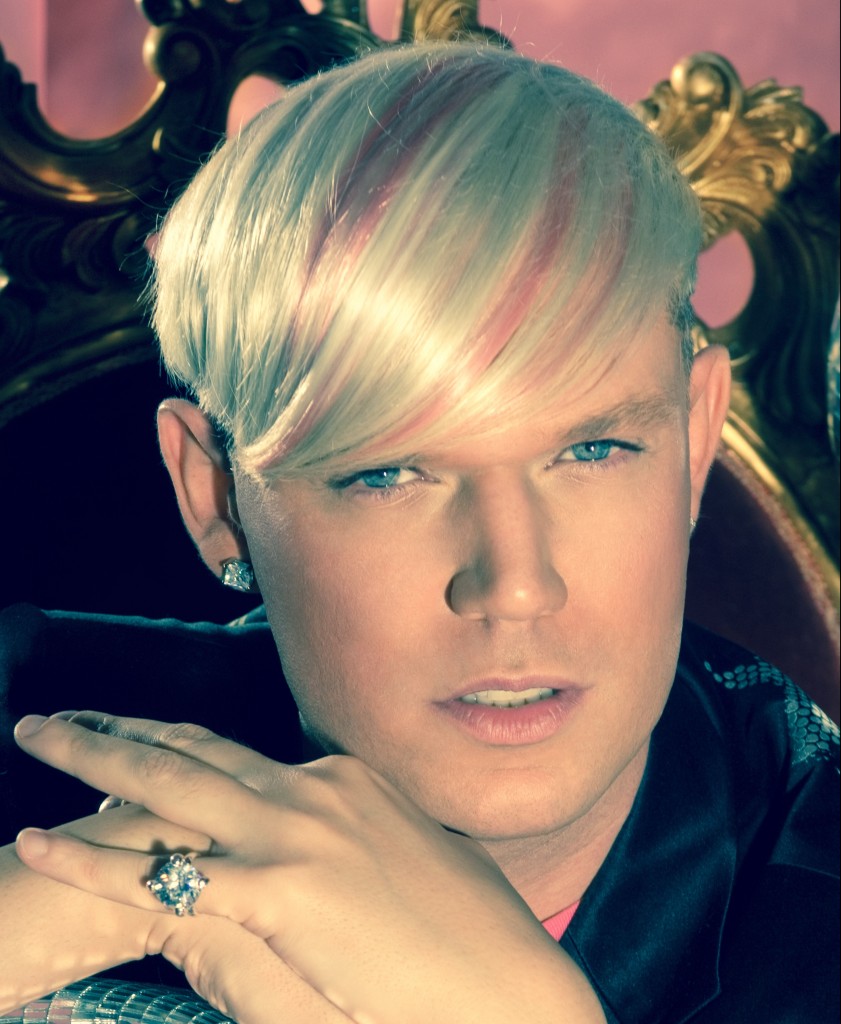 This was to become our first Klubkidz project and sadly Viola’s last album before she passed away. After we worked with Viola every big name diva wanted to work with us. That’s when I put together our own Klubkidz parties with James and myself DJing and live performances from the artists we were producing.

Who else have you worked with?

I’ve produced singles and albums with a lot of my heros Cilla Black, Angie Brown and Rozalla (below) to name but a few. What music stars did you love when you were younger? And are there any stars that tickle your fancy these days?

When I was a kid I loved all the Stock Aitken Waterman tunes, especially Hazell Dean, who I’ve since been lucky enough to produce myself. Every queen loves Madge and Kylie too, I guess. Listening to the charts now, the one pop star who stands out to me is Jess Glynne.

Do you think pop stars are as magical as they used to be?

What’s the cabaret circuit like? Is it a bitchy and competitive  environment or is it a big happy family?

It’s a bit of both really. I am not part of a clique and never have been. I do my own thing, so the bitchiness that is there doesn’t really  affect me.

In the past 20 years how have you seen the scene change much?

Everywhere seems to be closing down now. It is so tragic? But I think it’s partly to do with things like Grindr, sex parties and, to be honest, the general economy of the country. Have you seen the way gay guys behave change over the years?

Queens are the same as they always were really.

Do you think young gay guys are being more cautious about safe sex?

Well, from what I see or hear more people using PrEP and Pep instead of condoms.

Bars seem to be a lot less about fun pop these days. Is that kind of pop a thing of the past?

I try my damndest to keep it alive!

Good for you! Some have argued that the fun bars like the Trash Palaces and Ghettos are no longer there and that it’s all a bit too cool!

Places like G.A.Y. are just as fun if you are a new boy coming out I’m sure. Nostalgia, I think, can blur our perceptions

Is the scene still thriving outside of London?

The cabaret scenes in Brighton, Bournemouth and Manchester is still alive and so vibrant. And I love performing at all the gay prides in different towns through the summer.

What’s the difference between the London scene and across the country?

Cabaret scene is hard in London. People want big house music parties instead, WE Party and so on. But cabaret in smaller towns is still alive.

Do you think there’s a snobbery in the gay world now.

You appeared on an episode of Judge Rinder last Christmas when Big Brother,er, star Mr Showbiz claimed you’d produced a sub standard song for him. What was all that about?

It was fun appearing on Judge Rinder with Kelly Wilde and Simon ‘Showbiz’ Gross. It was ITV’s big Christmas special and Simon was trying to sue me for allegedly writing the cheesiest Christmas single of all time! I obviously won the case, although we were featured in The Sun who actually did dub the song the cheesiest song ever! Er, camp dear… You’ll be pleased to hear that I have since made up with Simon… Showbizzzzzz!

We’re pleased to hear! What else are you working on now?

So much at the moment. I am co writing with Nik C new releases with several young unsigned artists ready for release later in year. I’ve just signed our new Klubkidz single with Sam Solace to a German label for release in Europe this Summer. Our Almighty records Album Klubkidz Eurovision Songbook is just about to be re-promoted in time for this year’s Eurovision. I’m just about to record a new duet with Kelly Wilde, written by top songwriter Tony Power. My TV show London Calling is in it’s third season and is presently being shown in America on Friday nights. I am promoting and hosting a new party called Klubkidz Flash Back at the White Swan which launches on May 7 and I have just been re-instated at clubbing giant Orange Nation promoting, hosting and DJing at Fire and will be re launching the parties Rude Boyz and Onyx.