Anthony Crank: ‘The minute I championed LGBT issues, I became that “gay presenter”‘ 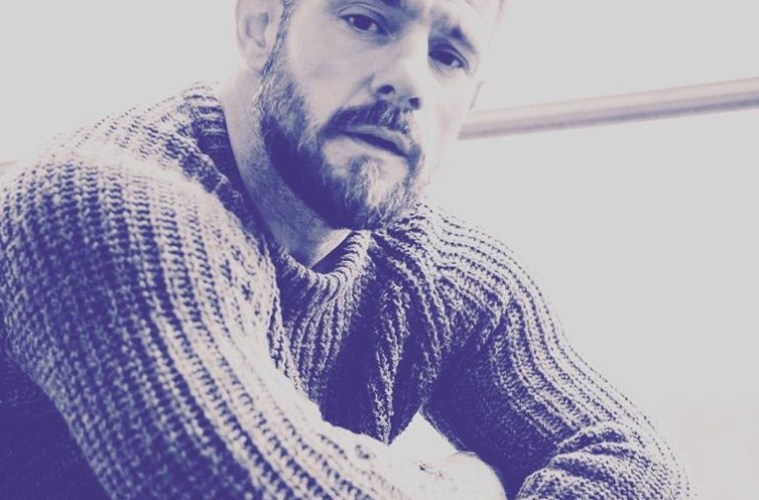 Last week we caught up with T4 legend and DJ Anthony Crank in a hard hitting and brutally honest interview. This week, we chat to the uber-talented so-and-so about his sensationally varied career which has seen him go from magazine journo to TV presenter, to actor, to DJ and now – (deep breath) – acting coach!

Anthony, back in the day you studied at Oldham Theatre Workshop. Was acting the dream back then?

It was Oldham Theatre Workshop that made me gay! Seriously, as soon as I left school I went from being this awkward fat greasy pudding to getting a decent enough career in modeling. So when I was at OTW everyone was cool, everyone was sexually ambiguous and everyone creative. I mean, I had Lisa Riley, Suranne Jones, Anna Friel in my class – you can’t get camper than that. It was through OTW that we discovered the Hacienda, and the infamous and groundbreaking Flesh gay night, in the early 90’s. At the time I was 100% committed to training as an actor, did a few bits of telly and almost got into Corrie, but just wasn’t ready. I knew then I wanted to go on massive life adventures, more than anything vocation-specific.

Then you moved to London, and ended up working for magazines like OK! and More…

I blagged it. Completely. I met a nice lady called Julie who worked for MIZZ! in a bar in Camden and asked her if I could come and make brews for all the popstars, and before I knew it I was writing about periods and setting up cheapo New Look shoots for the then unknown Destiny’s Child. I went into journalism because I knew I wanted to get into TV presenting, and I wanted some ‘gravitas’ to back up my plans, as opposed to being a reality TV star or a London club scene-socialite. I needed merit and it was after interviewing a very young Dermot O’ Leary, that I started to put the wheels in motion with regards to breaking into TV. My time in editorial was a great experience, I was always in bloody trouble with editors and the like, but I turned out interesting, exciting and consistent work, so for me it was an extremely valuable experience of sorts.

What were your highlights at OK!

Hah! It made me realise how what a load of bollocks and irrelevant ‘celebrity culture’ was, is and how it’s become today. I got an opportunity to step back and see the ‘bigger picture’, and it’s still extremely valuable and valid in the work I do today. It made me appreciate and celebrate real ‘talent’.

We know you best for your time on T4 and MTV – to be part of those amazing brands, you must have thought you had made it. What was that period of time like?

In hindsight, that period in my life was crazy, rewarding, tumultuous and full of memories and experiences that most can only ever dream of. I’d spend Monday to Thursday in Los Angeles interviewing everyone from De Niro to Angelina Jolie, then fly back at weekends to do the live studio stuff, then back out across the Atlantic again. It was a brilliant time. We got to hang out at The Osbourne House, The Playboy Mansion, even have a rumpology session with Jackie Stallone!

Wow, what a fantastic life you had!

I particularly loved working at MTV with the wonderful Emma Willis. Our show was basically three hours, live and unscripted, where most of the time I just used to gently abuse her and she’d happily oblige! I recently met up with her in Manchester after nearly a decade and it was like we’d never been apart. A true talent and a rare TV breed in the fact that what you see on TV is what you get in the flesh. She should be presenting everything!

Were you ever advised to keep schtum about being gay so that could you progress further or was it even an issue?

No, never. One of the nicest things ever written about me was that when I first started on T4 I looked like ‘I had just come straight from the studio after an all-nighter at Trade’. I don’t think there was anyone like me on the telly at the time, doing what I was doing. My agent at the time said ‘I was a big, rough, common gay brute of a bloke’, which I kind of liked. And from the off, there were no bones about my sexuality. I did encounter the odd bit of homophobia from time to time. I once worked on a show where in rehearsal I said that I’d quite like ‘Ben Cohen in my stocking come Christmas morning’, and some twat female producer whispered down my ear-piece: ‘Do you think you could say something like “your Mum” or “The Queen”, as not to upset all those lovely housewives that adore you?’.

Fucking idiot. But I’ll be honest, the more my profile started to build with the body of work that I did, the more the gay community welcomed me with open arms, and rightly so was I too embrace it back twice as hard. I wasn’t ever trying to be a ‘mouth-piece’ or a role model for the gay community, but it was my given right to celebrate who I was and everybody and all things LGBT, absolutely. But I’d say, with a very heavy and sad heart, that the minute I started to champion that in work and in interviews, the industry – which is fucked up at the best of times – starts to pigeonhole you as ‘that gay presenter’, and as a result you become slowly become seen as nothing more than that.

The wonderful Rupert Everett famously stated that being gay and out in Hollywood and in the industry had made it difficult for him to get seen for stuff, and sometimes taken seriously as an actor. I don’t think the industry has changed that much in the past decade either, but I made that choice to embrace all things LGBT and I’m proud that I did, because the support I received from my community, and still do, I wouldn’t have been lucky enough to enjoy half of the amazing opportunities I had, and I’m grateful for that.

You returned to acting and appeared in Hollyoaks, Shameless and Corrie?

Having trained as an actor and having relocated back to Manchester for family and work reasons, I wanted to retrain so I applied for a place at the very prestigious Manchester School Of Acting, and spent three years studying under the tutelage of probably the UK’s most exciting and pioneering Acting Practionier, Mark Hudson. It was from here that I won the role of Billy in Shameless, which was a dream as at this time, the show was still very much at it’s peak, and I was a huge fan.

Was Corrie the dream?

Corrie was always a dream, however, I couldn’t think of a worse place to work to be honest, as it’s seriously in need of a proper shake up, all that stunt casting is just wrong. I look forward to seeing what the new producer, the brilliant Kate Oates brings to the table, but as it stands now I find some of the acting just shocking. I did some great stuff, especially on stage and got to work with Jimmy McGovern and Kay Mellor also, as well as throw a weeping Beverley Callard to the floor outside Bolton Town Hall.

In Shameless you had to do a sex scene. Did you throw yourself into that?

So now you’re an Acting Coach at the Manchester School Of Acting – tell us how you got involved in that.

I completely reinvented myself and was lucky enough at the end of my studies at the MSA to realise that I didn’t actually want to be an actor! It takes incredible discipline, strength of character and sacrifice to become a real actor, it really is a tough, often soul destroying industry. So, I approached Mark Hudson and asked whether my skill set was something that could be transformed into teaching and coaching, and unbelievably he personally took me under his wing and mentored me for nearly three years, and I now work under him at The Manchester School Of Acting in my sixth year, and I fucking LOVE it. It was like being trained up by Stanislavski himself, the man is the DON when it comes to actors. I specialize in improvisation, physical theatre and movement, and creative studies at the MSA, and I have a passion for developing new talent, most of which have found huge success within the industry. I am ridiculously loyal and protective over actors as a result, and I get to work and train some of the best actors in the UK, and abroad.

It sounds great, a perfect place for young guys and girls to hone their skills.

The Manchester School Of Acting is one of the industries most best-kept little secrets, as outside of London we continue to evolve and grow into one of the most successful training grounds for actors, and I am stupidly proud to be apart of such a winning team of talent. I love my job and I’m shit hot at it, and relinquishing my right as an actor to teach was one of the best life decisions I ever made. You can’t act and teach, that’s just ego. And trying to get an actor to park their own ego is a mighty task in itself, so I did good. Very good!

Anthony is an acting coach at www.themanchesterschoolofacting.co.uk