“I am comfortable with my body but I don’t wanna be another naked gay guy from instragram!” 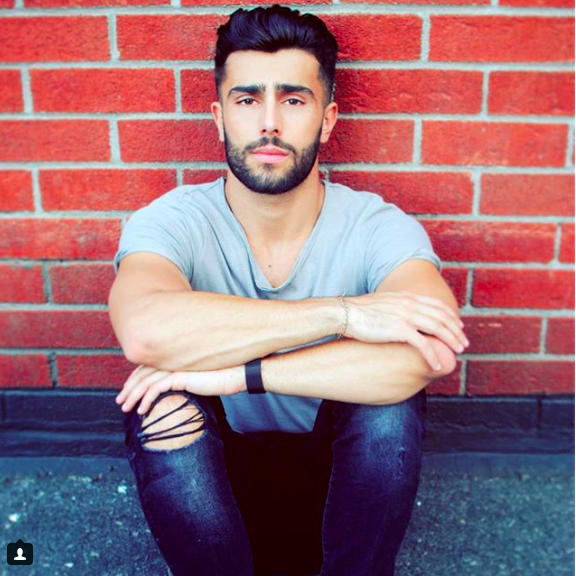 Meet the Instahunk who doesn’t flash his bum online!

As we all know, Instagram is awash with fit fellas who seem to have a problem keeping their clothes on. But there are some guys on there who are a little shier when it comes to flashing their flesh. We caught up with 29 year old Instahunk called Bruno Costa, known as The French One, a French digital marketing consultant, graphic designer, model and influencer who now lives in Montreal.

Bonjour, Bruno, thanks for chatting. We love your Instagram channel – how did you get started posting pics?

I started back in 2012, when I was studying in NYC and did my first photoshoots. Then in 2016, someone trusted in me and told me to do turn my private Instagram into a professional one. I deleted all my pics and shared looks, tips etc…

You’re one of the few Instagram stars who doesn’t reveal too much of your body. Are you comfortable being naked?

Be to be honest, no I am not. I mean… I am comfortable with my body but I don’t wanna be another gay guy naked from instragram. I think I have more to share than that!

I don’t really like. Even when I am home by myself or to sleep, I m always wearing something. I don’t like feeling naked.

How odd. You take a great picture. How many times do you have to take a picture because you are happy with it and post it?

Not a lot – I have learnt to pose, I know my profile and I work with photographers who know me well. I don’t like wasting time. I like when a photoshoot goes fast.

What kind of messages do your followers send – are they naughty?

Haha of course, I got some naughty ones but not only. Most of them tell me very nice things. But I am lucky cause they know I m not that “naked gay guy” and they respect that

You’re a handsome guy – were you ever insecure about your looks.

First thank you, but no, not really… I mean I don’t wear something if I feel insecure in it. The style is more important than fashion… and the style is the way you wear it not what you wear.

Do you feel being handsome has opened lots of doors for you or people treated you differently?

I’m not complaining…. Yes, it opened lots of door but when you don’t give what people want from a handsome guy, those doors can be closed really fast too.

I used too but I got back injury. Right now I have to rest but I used to work out like five times a week

Now that you have such a following on Instagram, are you conscious about the way you look?

If I’m honest, then yes I am but I’m not saying that everyone likes the way I look.

" Style is a way to say who you are without having to speak" • Moment seen through the eyes of the talented @moiree.visuals . Perfectly dressed by @nicodesign.ca #mtlmoments #fashion #lifestyle #menstyle #frenchboy

Do  you feel a pressure to look a certain way?

Pressure is a big word but I know that people expect something to me when they meet me so I m trying to remain the same way I am in my Instagram.

No, I used to be a skinny guy before moving to NYC in 2012. Then I made the decision to start working out.

You’ve done a lot of travelling? Are you an adventurer?

I did a lot of travel thanks mainly to my parents who took me away a lot. I think it is important to travel and discover new culture and new people. But now I m traveling a lot cause I like it and when you live in a place like Montreal, you sometimes need sun!

We were warmed by a story on Instagram about a time you helped look after a girl who was drunk and freezing outside her house.

Last winter in Montreal, I got home after a party by 4am and I heard someone screaming or crying. The street was dark so at first I could not see anything. Eventually, I have finally found where the sound was coming from and found this girl on the floor, in the snow, very drunk, in front of her door apartment. She told me she had lost her keys… She couldn’t move, their feet were frozen and she was only wearing a T-shirt so I asked her to come with me to my home. I assured her that she was safe and told her “don’t worry I’m gay, I’m not gonna hurt you” but she was so drunk she did not even answer … and the cold was making her sleep… which was not a good sign. I gave her my coat and I tried to open her door but I couldn’t do it, so I called the police. I didn’t want to get her in trouble with the cops but I wanted to know that she was safe and alive.

Do you people assume you might be arrogant or stupid because you are so handsome. Do you feel like you have to prove them wrong?

Yes it’s the biggest dilemma of my life… I am a shy guy but people think I am arrogant.

I have always known but I dated girl for two years when I was a teenagers. I loved her but I knew that it wasn’t going to last.

I told someone I was gay, a good friend of mine, when I was 16 years old. She actually organised my first date with the guy I was talking to online and he became my first boyfriend.

Getting ready in my dressing room 👕👖👔👟👓

Can you remember your first gay experience?

I was 16 years old, I met him online, on AOL gay chat.. My friend organised my first date with him in a mall … He was the first guy I was with, but then his sister found out he was gay, she got crazy and he was not allowed to see me again…

I was never really worried about it but when you are a teenager I really believe that you need to find out who you are and who you want to be.

He gave me a kiss, would you ? 🐬 #lifestyle #love #mtlblogger #mexico #travel

Was there a person you were most worried to tell?

My grandmother, but every thing was okay. I have been lucky and people have always been very supportive.

How did you cope at school?

I didn’t tell anyone at school, but liked spending time with girls and I was not into playing soccer like the other boys, so some of them guessed and there were rumours. Some of the guys were jealous of me maybe but I have to admit they treated me well. I wasn’t bullied.