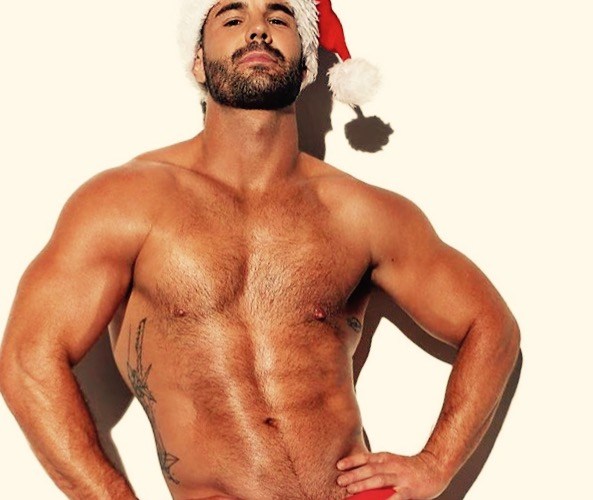 It’s Christmas, boys, so what better way to celebrate this festive time of year than to ogle at our very own columnist Simon Dunn in a pair of barely there pants and a santa hat.

Now he‘s exactly the the kind of santa we’d like to find sliding down our chimney and emptying his sack all over our furry rug.

My #2016bestnine tells me i need to wear more clothes and post more photos!

It’s been a quite a year for the bobsleigh athlete. A couple of months ago, the gorgeous Aussie announced he had decided to quit the sport but admitted that he was still deciding what to do in the future. 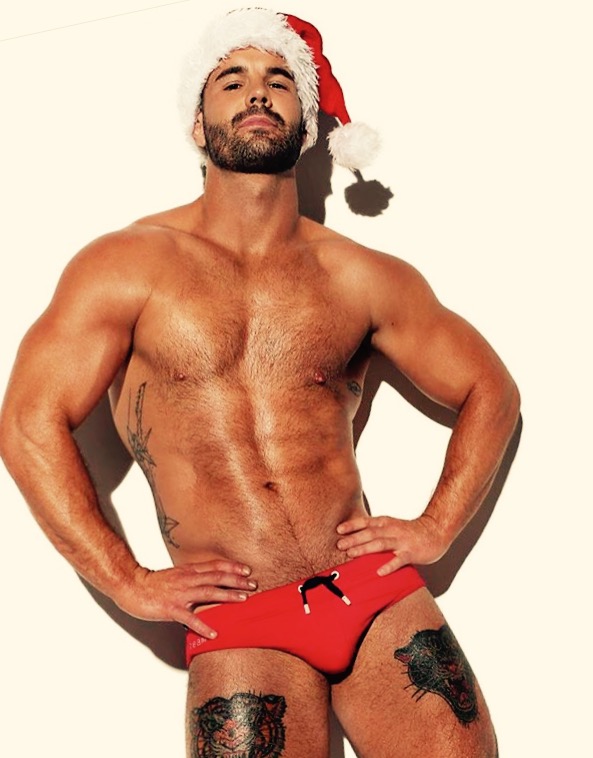 Of course, one thing he is sure about is that he will be leaving behind Calgary for a new life in a brand new city. Where he pans to venture next remains to be seen, but we would love it more than chocolate if he chose to head over to London to bring some of his Aussie sunshine into our drab great UK lives.

‘Everything is a little up in the air at the moment,’ he told GuysLikeU. ‘I obviously have plans but until they’re confirmed I like to keep my cards close to my chest. At this point anything’s possible. I would definitely consider London, I have some amazing friends there who I meet through the Kings Cross Steelers Rugby Club. Plus I wouldn’t have any objection to putting on one of their jerseys for a few games.’

Well, Simon, we can’t wait to find out you next move.