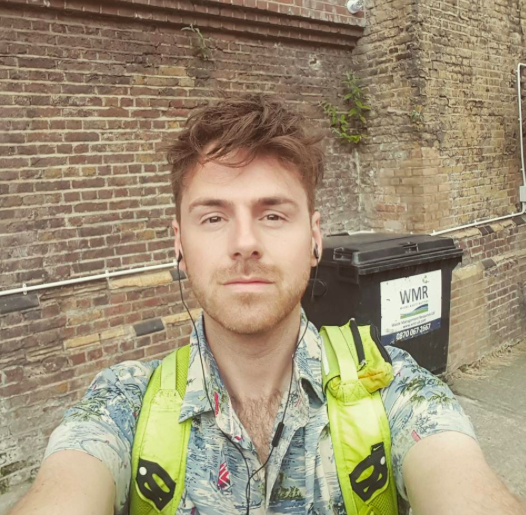 Whatever anyone says, we all want to look presentable and at our best. And we do so in many ways. Some of us hit the gym, some of us slather our faces in creams and potions while others opt for a wee bit of cosmetic assistance. While many might scoff at the idea and think it’s not for them, there are many who are quite happy to be tweaked into perfection. But not everyone ends up looking like a Geordie Shore cast member. Most people undergo such minimal enhancement procedures that no one actually notices they’ve had anything done. Here, journalist and broadcaster Andy West tells us about how his experience at the Harley Street Clinic in Reigate for a very minor procedure resulted in him attracting some rather amazing comments from guys he never expected.

I never liked my face. It was always too round, too pale, too puffy, too pink. When I came out of Big Brother and watched some clips back I actually cried looking at my boiled ham of a mug. I looked so tired and balloony! 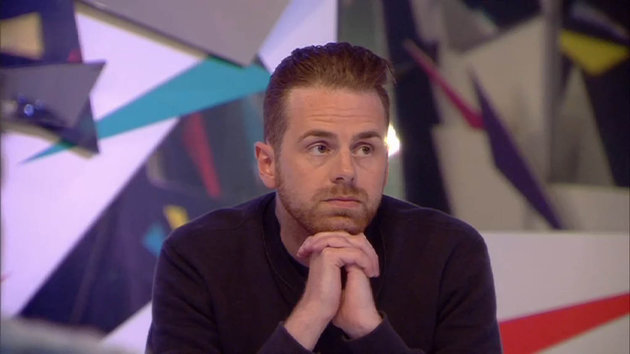 One good thing is that I’d lost 2 stone during those eight weeks and since then I’ve lost much more. I’ve gone from a 38 inch waist to a 32 in 10 months and boy does it show. I’ve also got a lot more sleep and just being able to walk around London and enjoy this amazing city has made me feel and look slimmer and younger.

But that can only do so much, right? Thank God for a little…help. But we’ll come to that. I’m not sure I want to reveal my secrets. 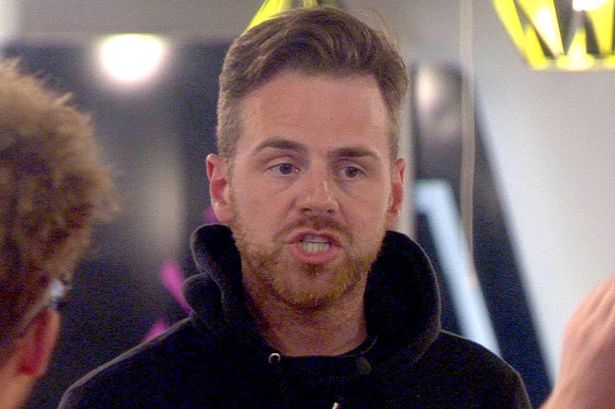 I’m back on the dating scene and the competition is tough. Guys in South London are so handsome and well-groomed. Personally, I like my men scruffy with paint on their jeans and plaster in their hair (so basically builders) but these days you have to have good skin, great teeth, perfect hair and a tight waist to get a look in with any eligible bachelor. Shallow? Maybe, but at the same time the pressure to look my best has kept me fit and healthy and made me take pride in my features. Apparently I have a sexy nose. Who knew?

And that’s led to work. I’ve already done a couple of magazine photoshoots with the celebrity photographer, Leigh Kelly. He’s shot everyone from Liam Payne and Russell Tovey to Prince William. 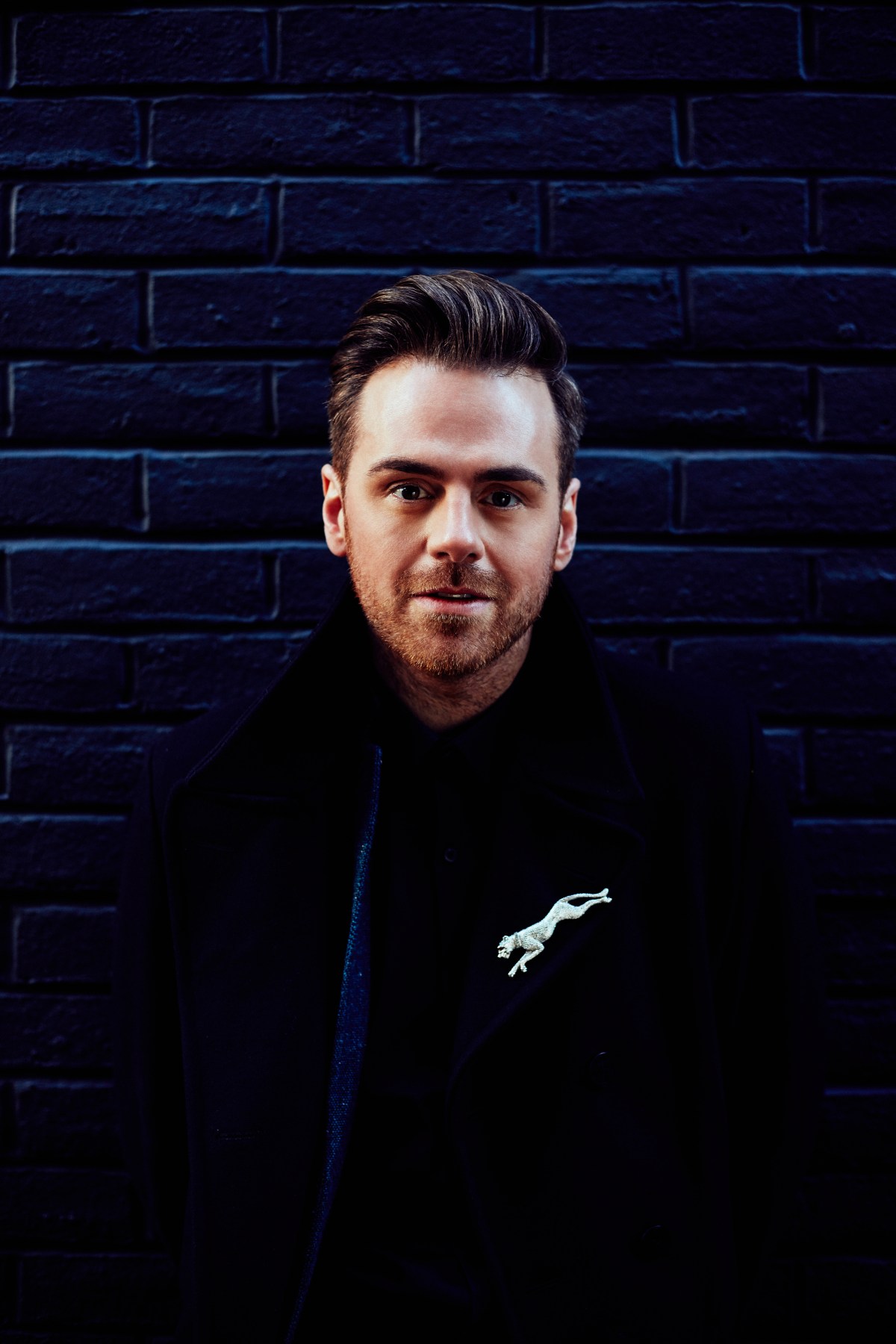 Now I’m the face of a new range of beautiful couture men’s fashion and a new eau de parfum by the renowned perfumer, floral designer and couturier, James Clarke. That’s exciting and unexpected enough but later this month, I’m going to be leading the catwalk for his new show in the heart of London’s swanky Belgravia. It’s my Carrie Bradshaw moment. Let’s hope I don’t end up like ‘fashion road kill’ as Samantha called it. I don’t think I’ll be in heels…

Add that to my TV work for Channel 5, ITV, Grazia magazine and the rest and I’m lucky to be a busy boy. Actually, forget lucky, it’s been hard graft and I’ve earned every gig. Tiring though. And the stress and pressure could easily have shown in my face. I was on live TV last night in fact and watching it back I was amazed at how fresh and awake I was looking despite having being up all night walking for the charity, Dimbleby Cancer Care. 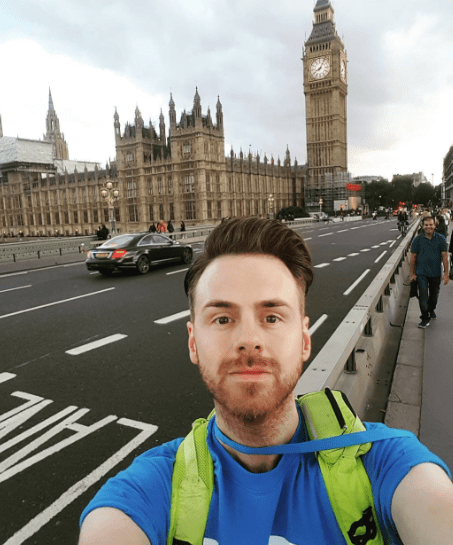 Luckily for me I was introduced a few weeks ago to my male beauty angel, Davina who invited me to her new beauty clinic, Harley Street Skin, just 30 minutes by train from Central London in Surrey. After a cup of tea in their plush reception I was introduced to the tall, young, handsome and very clever Dr Devine (and he is) who asked me what I didn’t like about my face.

I trusted him straight away because he told me there wasn’t really much he’d suggest having done. ‘Good’ I thought… ‘No money grabbers here. I’m safe.’ He wasn’t going to let me pump fillers into my lips and ruin my face like some of my former housemates and when I joked about having a fat transfer into my bottom he looked very stern and shook his head. Let’s face it, cosmetic treatments have to be taken seriously.

My modelling contract wouldn’t allow me to make any big changes anyway and my agent was very concerned about me having anything done at all but I did have some issues with the pics that had been taken of me at events. My eyes looked tired and after losing weight I was appearing kind of…drawn. Also, I’ve become mates with the legendary Sinitta and she’s so fresh-faced and youthful it scares me. 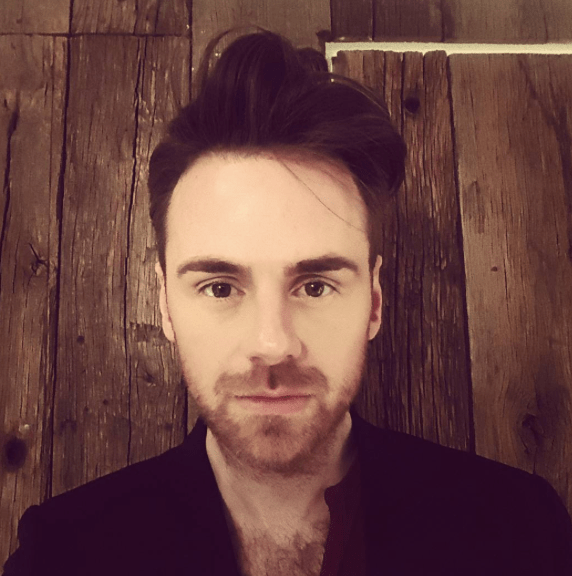 I was advised by one of Dr Devine’s fellow practitioners to go for a little Botox at the side of the eyes and a touch of fillers underneath them where my skin was a little sunken and purple. Tear troughs they’re called.

I was clear about the Botox. I didn’t want anything on my forehead because I need to raise my eyebrows and frown. They’re my two favourite expressions. Plus I hate the ‘frozen’ look. I’ll leave that to Elsa and Nicole Kidman.

What I loved about the end result was the subtlety. Nobody knew I’d had a little touch up around the eyes but even my best mate who’s known me for years said I looked younger and fresher than I had in ages. Now, after some teeth whitening and new hair (not literally, I don’t need a hair transplant thank goodness) I feel like a new and improved Andy inside and out. When I go on dates, guys are surprised to hear my age and often compliment me on how bright and smooth my complexion is. 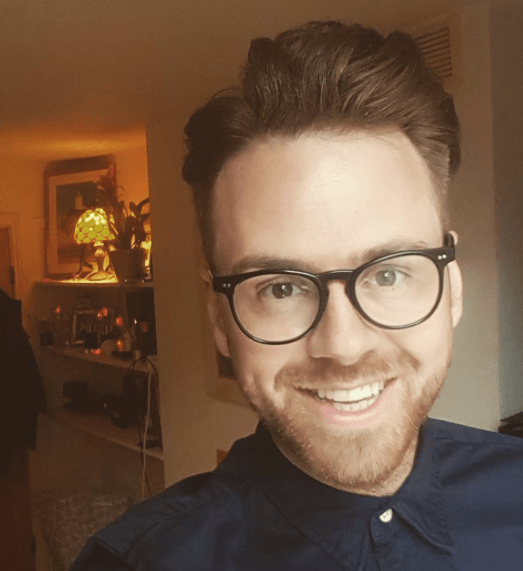 The only downside is I get recognised a little less because I look so much better than I did in the Big Brother house. I don’t go looking for people wanting selfies but it is nice meeting fans of the show; it always makes me laugh hearing people tell me what they thought of it all. Now I get some people saying “You look a bit like that Andy off Big Brother only better looking”. I smile (and thank goodness Davina and her team protected my smile by taking the less is more approach with the Botox) and say “thank you…I think”.

Using VI Derm moisturiser and Vitamin C gel daily has also brightened my skin and warded off the black grime that cakes your face on the London underground. 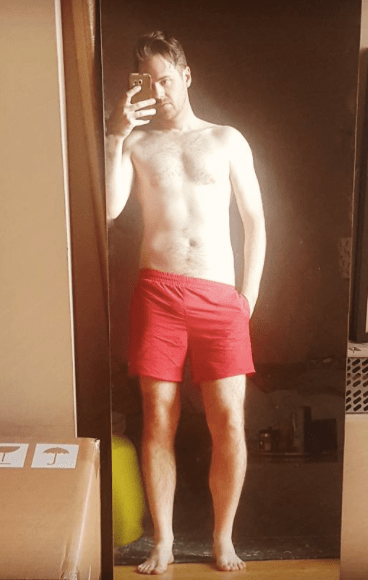 All in all, a year on from going into the Big Brother house I feel slim, sleek and sexy…most of the time. Okay I still have issues with my body and I don’t like seeing my reflection by surprise but overall I can walk through South London feeling confident that I’m looking good for a guy in his mid-thirties. I’m having the time of my life and I’m in my prime.

Yes I’ve dealt with heartbreak, stress and uncertainty but I’m doing great and feeling fantastic. As Carrie says in that hilariously cringeworthy scene in SATC, ‘When real people fall down in life they get right back up and keep on walking.’