“When I found out i was HIV+ I curled up in a foetal position and cried!” 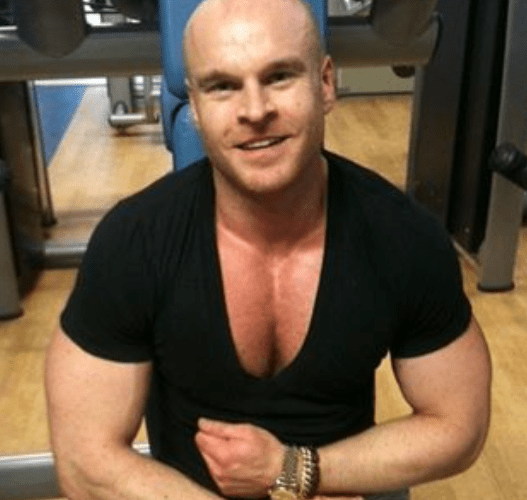 Gay rights activist Philip Christopher Baldwin opens up about the day he found out he was HIV positive.

How often do you get tested for STIs? Regularly? Rarely? Never?

If not. Why not? Is it fear? Laziness? Or do you think ignorance is bliss?

Gay rights activist Philip Christopher Baldwin, who himself was diagnosed with HIV in 2010 at the age of 24, is a man who has made it his mission to get more and more young people to test regularly.

But of course, Philip wants men to keep a check of their sexual health at ALL times, not just designated weeks.

So GuysLikeU caught up with the dandy fella to discuss the importance of testing and looks back at the day he himself found out he was HIV positive. 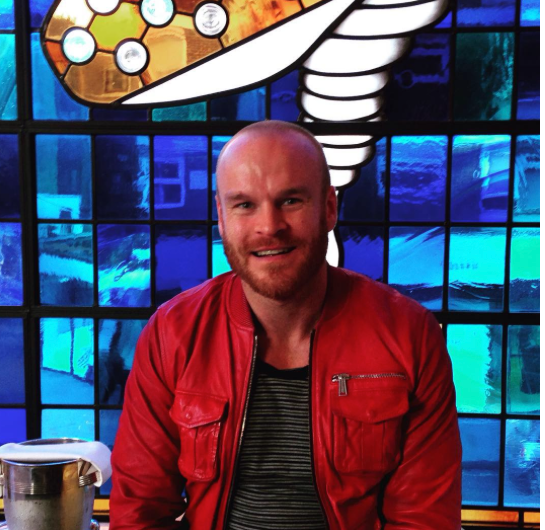 Phillip, tell us why something like HIV Testing Week is so important?

I was diagnosed as HIV positive in 2010, at the age of 24. Testing for HIV is easy, confidential and free. The sooner you know your status the better. If you are HIV positive and do not know your status, your health could be compromised. Two-fifths of people in the UK are diagnosed late. If you test negative, then you can put your mind at rest. Test positive and you can commence HIV treatment, ensuring that you remain healthy. Once an HIV positive person is on treatment, with an undetectable viral load, then they cannot pass HIV on. You can get tested at STI clinics, can ask your GP, or use a home testing kit. 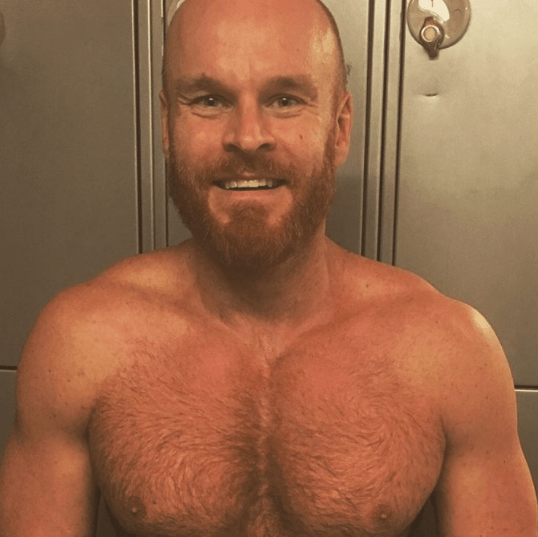 Do you think young people still think they are invincible and don’t think they even need to be tested?

I was 24 years old when I was diagnosed as HIV positive. I tested for HIV twice a year, prior to my diagnosis as HIV positive. One in 11 gay men in London and one in 20 gay men nationally is HIV positive. HIV does not discriminate by sexuality, gender or age. I think most young gay and bisexual men do have some knowledge about HIV. It’s important to get tested regularly and stay safe.

Why do you think young people tend not to think about getting tested? Fear? Arrogance?

I think there can be the assumption that this simply won’t happen to me! It’s not part of anyone’s life plan to become HIV positive. When I was diagnosed as HIV positive, I had just started my career as a lawyer in the City. I was very focused on my job. I tested regularly, but was really shocked when the result came back as positive. I thought that my whole world would cave in. I did not expect that I would have to deal with HIV in my ‘twenties.

When you were growing up were you concerned about HIV?

I started going out on the gay scene in Scotland, where I went to school, when I was 16. It was at this age that I first had sex. I was very frightened about potentially becoming HIV positive. Sex and Relationships Education (SRE) at my school wasn’t very good, but I’d read a lot about HIV and think I as quite well informed. 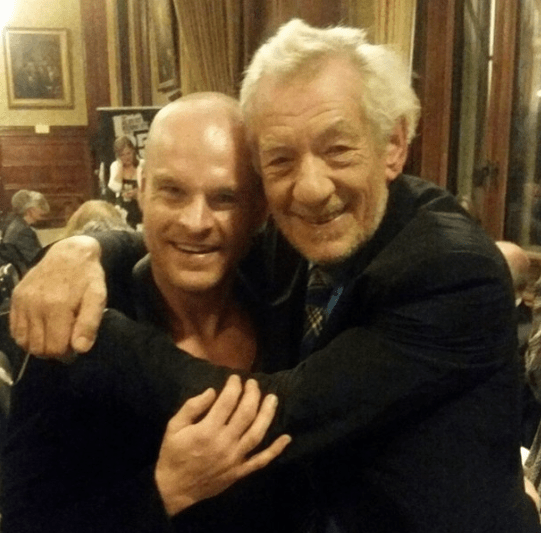 Did you ever think that could happen to you?

I used to worry about HIV a lot. I knew that, as a gay man, I was in a group that was at comparative risk.

Were you always safe?

I tried to play safe and used condoms most of the time when I had sex. I was diagnosed as HIV positive in January 2010. I tested negative for HIV in April 2009. I must have become HIV positive in the second half of 2009. It was at this time that I was completing my law conversion, prior to starting work as a lawyer in the City. This was a time in my life when I was revising really hard for my legal exams. I hardly had any sex during this time. A week after my initial diagnosis as HIV positive, I tested positive for Hep C. I must have become both HIV and Hep C positive at the same time. I had completed a course of Post-Exposure Prophylaxis (PEP), which can be taken within 72 hours of potential exposure to HIV to prevent transmission, the previous year. I took PEP twice before being diagnosed as HIV positive, on occasions when I had sex and didn’t use a condom. I wasn’t always safe, but used condoms most of the time.”

What education had you had?

SRE at my school wasn’t great, as I mentioned previously. I had not learned much about HIV from SRE at school. I had learned a lot from the internet and from sexual health workers at STI clinics.” 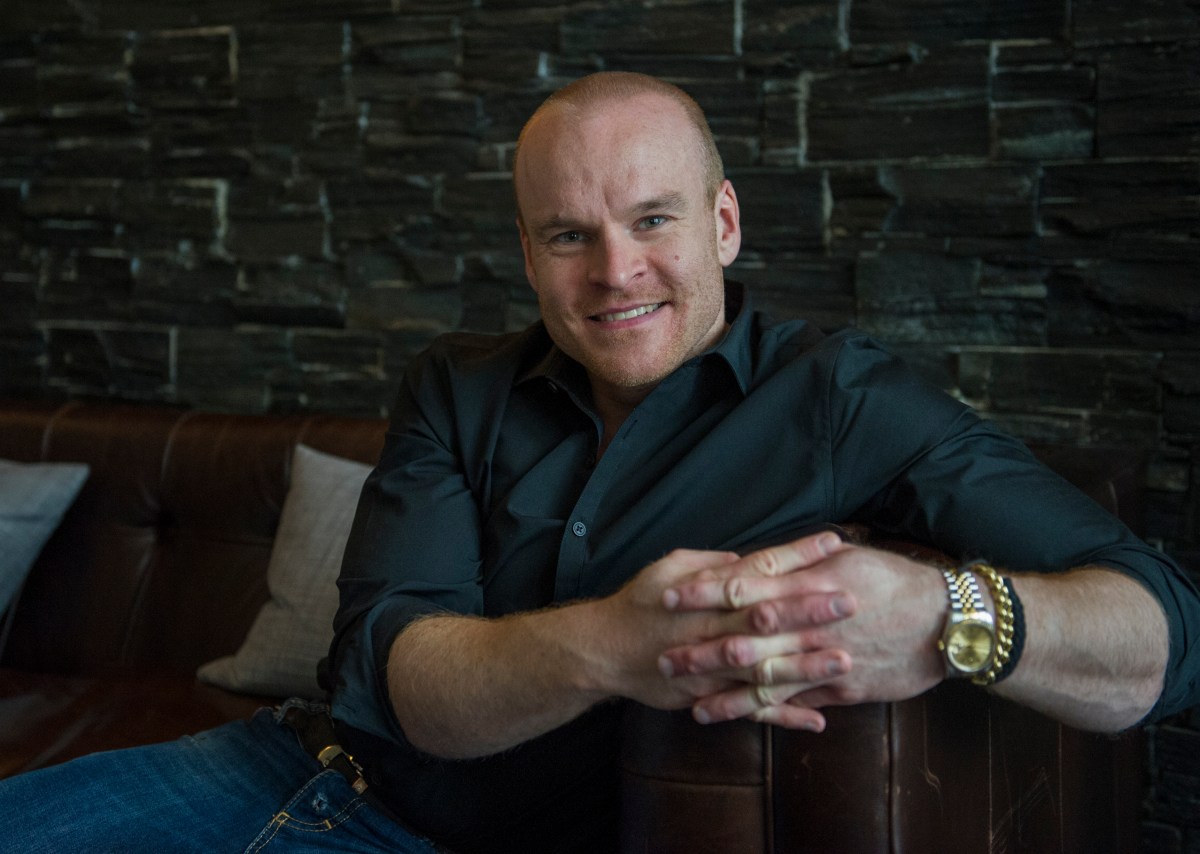 What made you get tested when you were diagnosed with HIV?

I actually went to the HIV clinic to get PEP. I had tested negative the previous April and, as I had so much on with studying and starting my new job, I had not had many sexual partners since my last test. I had met a guy on the Saturday night and we’d not used a condom. I went to the clinic on Monday, over my lunch break from work. I was shocked when the initial test came back as positive and they told me I didn’t need PEP. I had been so concerned about the incident on the Saturday night and had spent all of Sunday worrying. I almost broke down when I found out I was already HIV positive.

Prior to your diagnosis, had you known anyone with HIV?

I didn’t have many friends who were HIV positive. Shortly after I found out that I was HIV positive, a friend told me that he was HIV positive too. He had been HIV positive for a number of years, but was very private about his HIV status. People need to be allowed to come to terms with an HIV diagnosis at their own pace. No one should feel under any pressure to disclose their status. I am very open with everyone about my HIV status. Firstly, I told close friends, then I discussed it more broadly. Finally, a few years after my diagnosis I told my employer and my parents. My parents are supportive. Sometimes it is hardest to tell the people you love the most.” 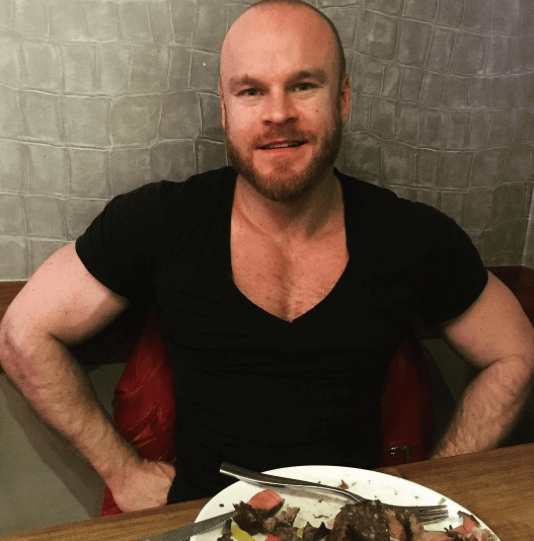 Take us through the moment you found out. How did you feel when you heard the words?

I was called into a small consultation room, adjacent to the waiting area at the STI clinic. The nurse sat down in a chair opposite me. Due to the time of year, the room was already dark with afternoon shadows. She told me that PEP was not an option, as the initial blood test showed that I was already HIV positive. I was shocked by this news. It was completely unexpected. The nurse left the room and gave me a few minutes to compose myself. When she returned she gave me some basic information about HIV and told me that within the next few days I would be notified of when my first appointment with the HIV specialist would be. I couldn’t take more in to be honest. It was difficult holding it together. My apartment was close to the STI clinic. I had to return to my workplace that afternoon, but went home for an hour or so first. I curled up on my sofa in a foetal position and cried. Then I went into the office. I concentrated on emails and tried to get through the rest of the afternoon without engaging much with my colleagues. I didn’t dare to confide in them about my HIV diagnosis. I was tired, frightened and unsure about my future.

Did you immediately think life was over? Or were you optimistic and knew that you could live as you were?

The first person who I told about my HIV diagnosis was my friend Joe. I told him on the evening of my diagnosis. He reassured me, telling me that everything would be ok. He reminded me that there had been wonderful medical advances around HIV. I also chatted to my friends Anthony, Luke and Francis. At my first appointment with the HIV specialist, he reassured me that I would have a normal lifespan. Some crazy thoughts flashed through my head during the days following my diagnosis. I had moments where I thought my life was over. Speaking about my diagnosis to my friends and their reassurance helped massively, giving me some objectivity. It took me a while to come to terms with my HIV diagnosis.

Was it hard to tell people around you?

I told my close friends almost straight away, as I mentioned earlier. The moment I picked up the phone and told my friend Joe, I felt a sense of relief. My friends were understanding and tried to be as supportive as they could. My friend Anthony came with me to my first appointment at the HIV clinic. Telling my employer was hard. I didn’t tell them until several years after my diagnosis. I was so worried that my carrier would be impacted. Ultimately, my employer was supportive of me. When I told my parents, I think they were quite frightened. I took my mother with me to see my HIV specialist. He helped to reassure her.

Do you think there is still a stigma surrounding HIV?

There is still a huge amount of stigma around HIV. We must not be complacent. Gay men have always been at the forefront of HIV activism and I think the gay community is one of the most accepting around HIV. I hosted an event in Parliament in May, on the topic of women and HIV. Approximately a third of people living with HIV in the UK are women. It is only by standing united that we will be able to combat the stigma of HIV. 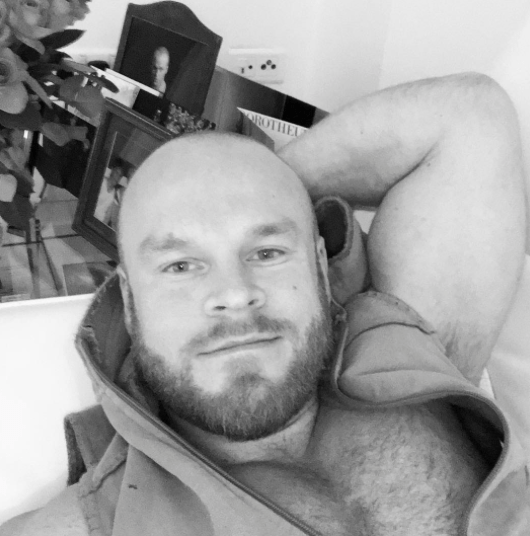 When it comes to meeting guys how soon do you tell them?

I tell them straight away. I find this easier.

Guys take PrEP these days – do you think that is a good idea or do you think it makes people think less about being safe?

PrEP is an incredible tool in the fight against HIV. PrEP is the key to reducing HIV transmissions. Someone who is on PrEP is taking a responsible approach to sex, ensuring that they stay safe. PrEP doesn’t protect against other STIs and condoms should always be the preferred option, but that’s not always realistic for everyone. Taken correctly, PrEP is nearly 100 % effective at preventing the transmission of HIV. People taking PrEP are acting responsibly.”

Do you think young people are educated in the same way? 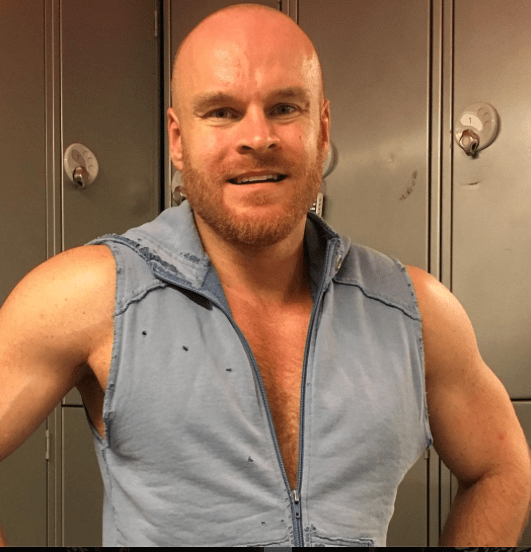 Explain to people why, whatever the diagnosis, it is so important to have a test.

Two-fifths of people in the UK are diagnosed as HIV positive after they should have commenced treatment. We need to get more people testing for HIV. If you test negative, then you end any doubts you might have. If you test positive, then you can start treatment and ensure you remain healthy. Furthermore, once on treatment, an HIV positive person should soon have an undetectable viral load. This means that they can’t pass the virus on. Reinforcing messaging around condom use, early treatment, PrEP and regular testing will allow us to make significant progress around HIV. I am happy, healthy and POSITIVE. Get tested, know your status, be proud of who you are and stay safe.”