Mike Wring: “I never thought I could do something like this…” 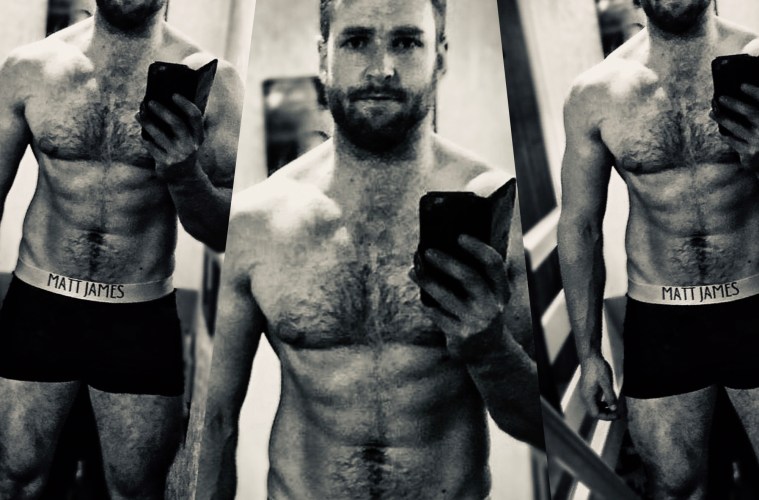 A while back GuysLikeU introduced to you all to the gorgeous Mike Wring, an ITV competition winner we fell for on Good Morning Britain.

In our incredibly personal interview, the dashing ambulance service worker from Bristol bravely opened up about his lifelong battle with body dysmorphia and how only now in his late 20s he is beginning to embrace his body! 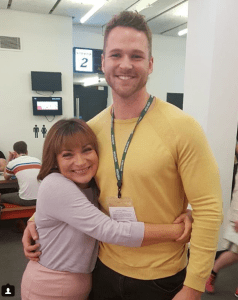 “I have always had insecurities when it comes to my body,” he told us. “I don’t think that will ever change really. I have been 12 stone and called thin, so I worked hard and bulked up. I then took it too far and at 22 stone was called fat. Body dysmorphia is very much a real thing and is hard to deal with. It’s quite common for people to look in a mirror and see something different to what everyone else sees. I have managed to control it a lot more these days and it doesn’t rule my life. At my lightest I had no confidence, at my heaviest I had mobility and respiratory issues but now at 17 stone I feel happier than I ever have.’ 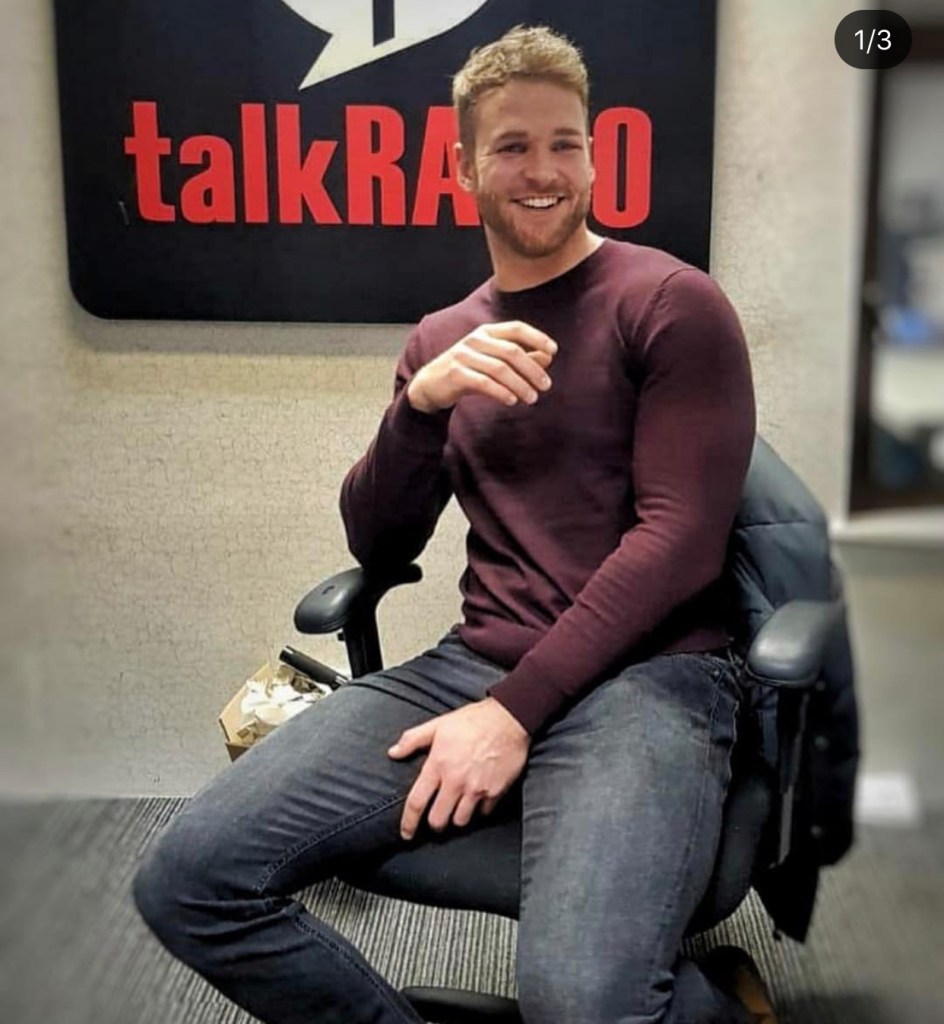 Since the interview ran, Mike has received hundreds of messages from young guys around the world who have dealt with similar body image issues and has even been invited to appear on radio shows and speak websites. On top of all that he has even been asked to model some underwear. Feeling more confident than he has done in the past, the six foot eight hunk has done something he never thought he’d do. 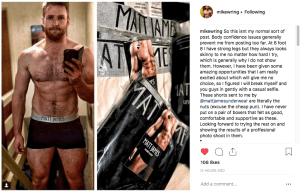 In his post, he wrote: “So this isnt my normal sort of post. Body confidence issues generally prevent me from posting too far. At 6 foot 8 I have strong legs but they always looks skinny to me no matter how hard I try, which is generally why I do not show them. However, I have been given some amazing opportunities that I am really excited about which will give me no choice, so I figured I will break myself and you guys in gently with a casual selfie.”
Touched by all the messages he has received and understanding that there are so many young guys out there who have a problem with their own bodies, big hearted Mike now plans to visit schools and teach children to love their bodies from an early stage. But first up he plans to dress up as the mighty Thor for a tour of hospitals in order to give poorly kids a Christmas to remember to raise money for charity. 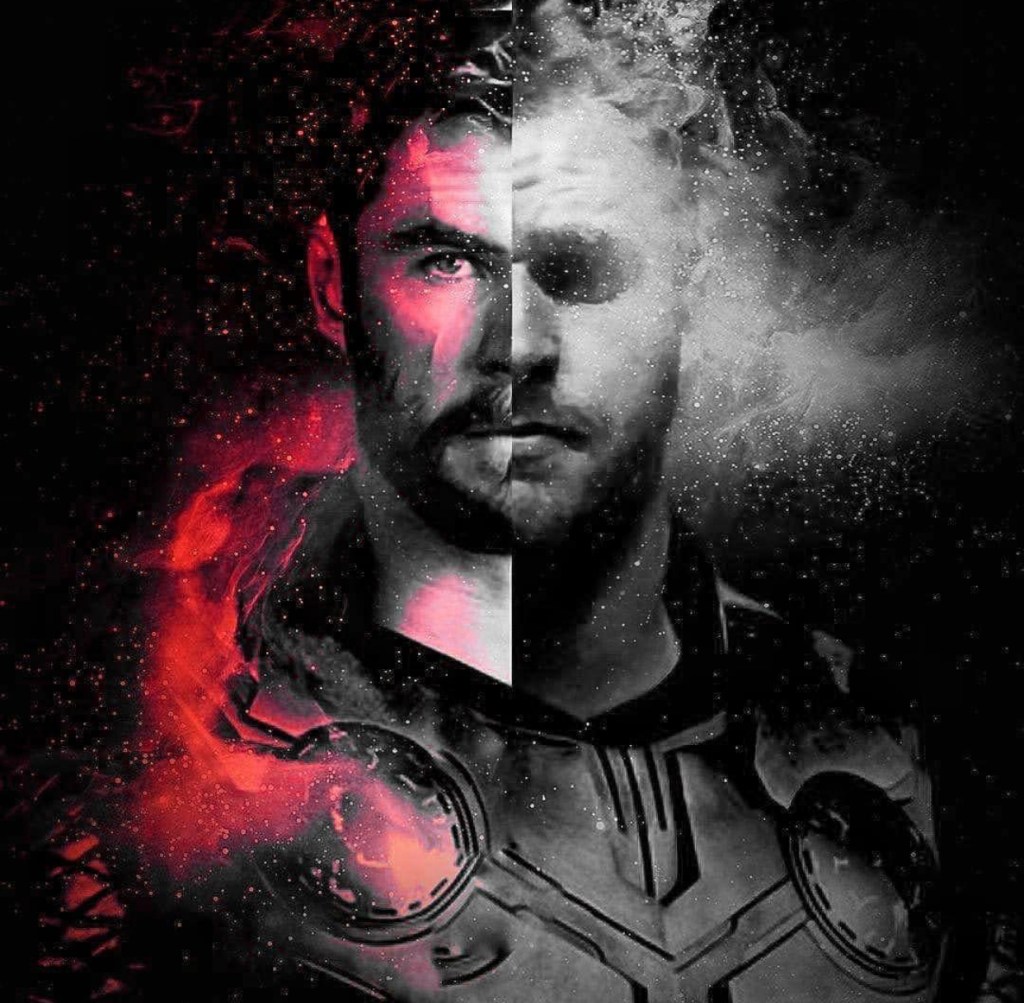 “I am pairing up with the incredible team at Dexter’s odyssey,  a charity set up in the memory of Dexter Liebow, to help families dealing with a new childhood cancer diagnosis by providing care packages, days out and supporting oncology play departments in providing new equipment. I will be joining them as they visit childrens hospitals and hospices over the festive season to give out presents to the amazing children and their families.”
Follow Mike on Instagram
Find out more about Dexter’s Odyssey here