MIKE WRING: “No matter how under control my body dysmorphia may seem, there is always a chance of relapsing” 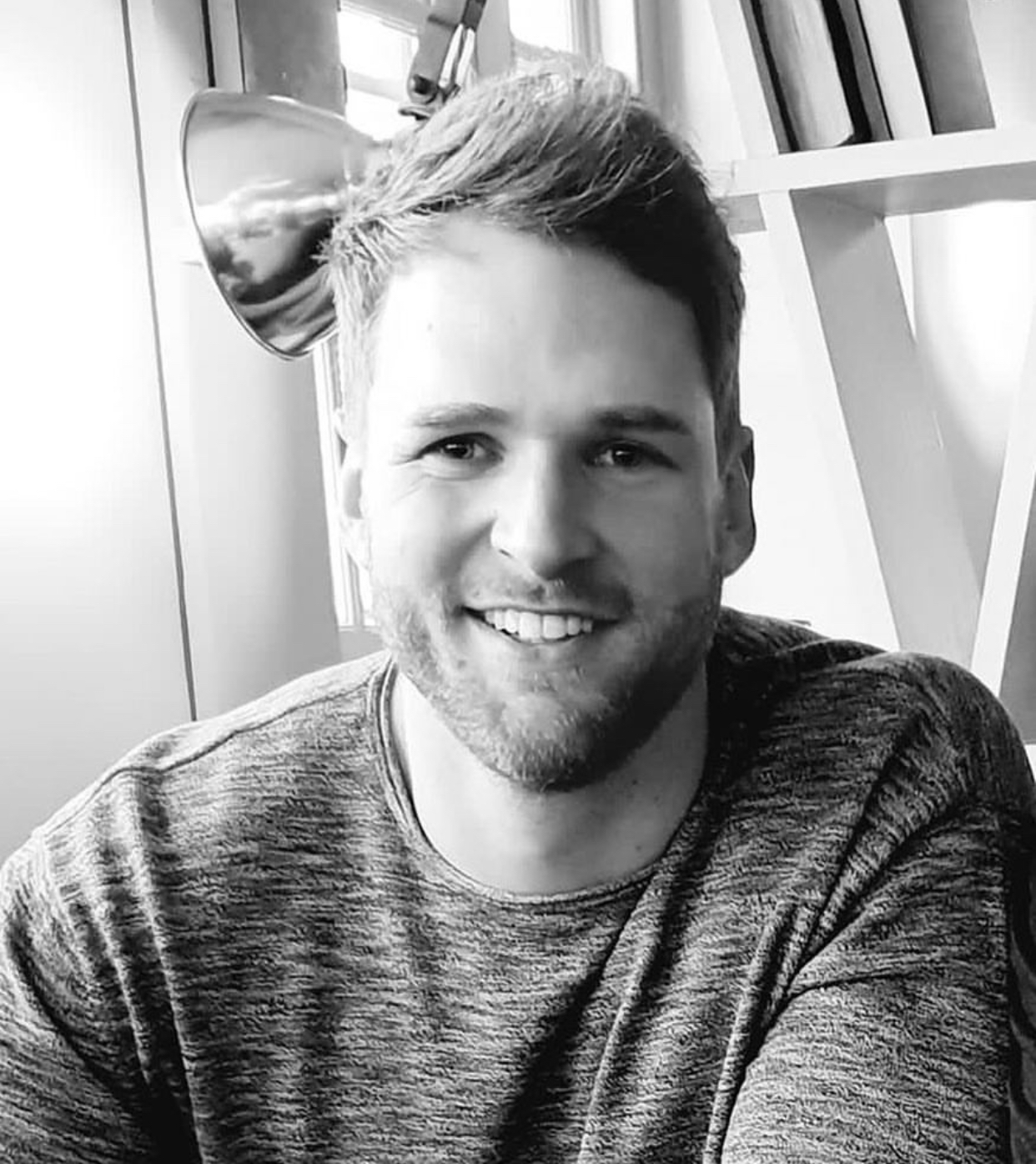 Just before Christmas, we introduced you to Mike Wring, a very handsome and lucky fella who bagged himself £70, 000 in an ITV competition winner. In our deeply personal interview, 6ft8 Mike opened up about his lifelong battle with body dysmorphia and the severe bullying he suffered at school. Since then, he has received offers of modelling roles, interviews and TV appearances and has been deluged by hundreds of messages from kids and parents who identified with his story. We caught up with Mike to find out what life is like now. 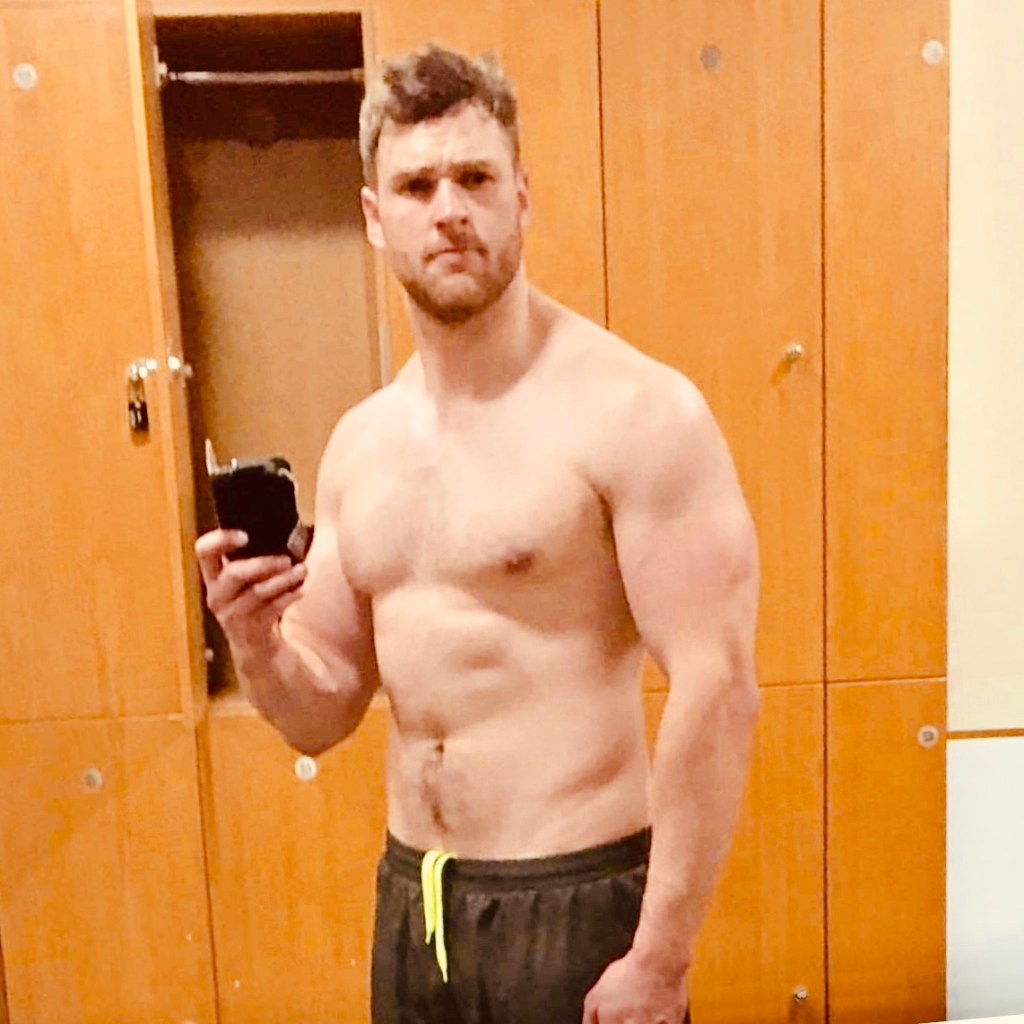 Well, it has been an amazing few months. The response has been the best. It seems that something about my story has really touched some people. I have received some extremely humbling replies and the whole experience has been very healing for me. It turns out that (sadly) more people have been affected by the same issues I have faced. The main thing has been parents getting in touch with me to thank me for giving them an understanding of what their children have been going through. Now obviously I know there is no one way to deal with these situations but to be able to give parents a small bit of relief has made me very proud.

What kind of messages have you received?

One lovely lady who contacted me all the way from New Zealand to thank me for the insight and understanding it had given to her. Little did I know that this brave woman’s son was at the time in a hospital bed having taken an overdose because he had been bullied. It gives me great pleasure to say that he is now doing really well and we have kept in contact. I have made it my goal to answer ever single question, message and comment and help all who I can even if they have been up in the thousands! If people give up their precious time to message me then I will always return the favour. The global reach and interest has really shocked me from a 15 year old boy being bullied in the US to the mother in new Zealand and even someone in China. I will make the use of this platform I have been given and try to raise as much awareness as I possibly can. 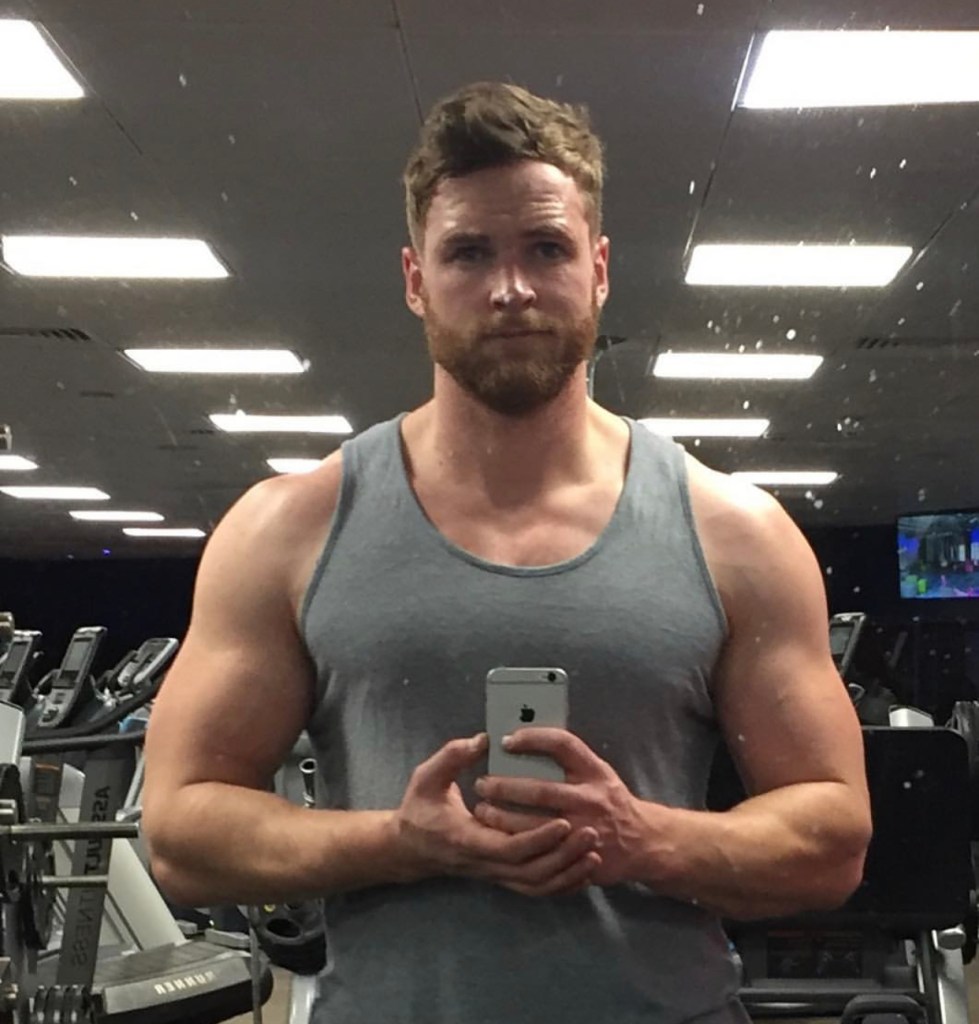 I’ve spent a lot of time since the interviewing programming workouts for other people that have been in touch saying that they struggle and to see if I could help them. This so far has been to great success. It has given me the opportunity to really experiment with workouts and try out different techniques in order to assist many different body types. I love helping others so am very grateful for this. Having recently qualified as a personal trainer I am getting great experience from it. I have to say I have probably pushed myself a little too hard recently and become unwell last month with pneumonia which really hit my respiratory system hard. I have had it before and it left me with asthma which I have learnt to control. I really struggle to stop exercising when I am unwell as mentally it leaves me feeling a sense of frustration and taking multiple steps back (even if I know it is for the best)

Is your body dismorphia any better?

To be 100% honest it hasn’t and I now know that no matter how under control it may seem, there is always a chance it may relapse.  I felt a great deal of pressure with the added attention I was getting and really struggled with what I thought people’s expectations of me were. I was triple checking photos before posting online and even deleting posts multiple times before building up the courage to post. I always have a huge cloud above my head worrying about others opinions of me and how I come across. Ironically this is exactly what I had talked about in my previous articles. There will always be people who will try and put you down for various reasons. Some who are just mean spirited, some who feel just as insecure themselves and even sometime out of jealousy for what other people are doing. At the end of the day this is a problem with them. It is their own demons that they must fight so I have grown to understand that it shouldn’t matter to me or stop me from achieving what I want to. 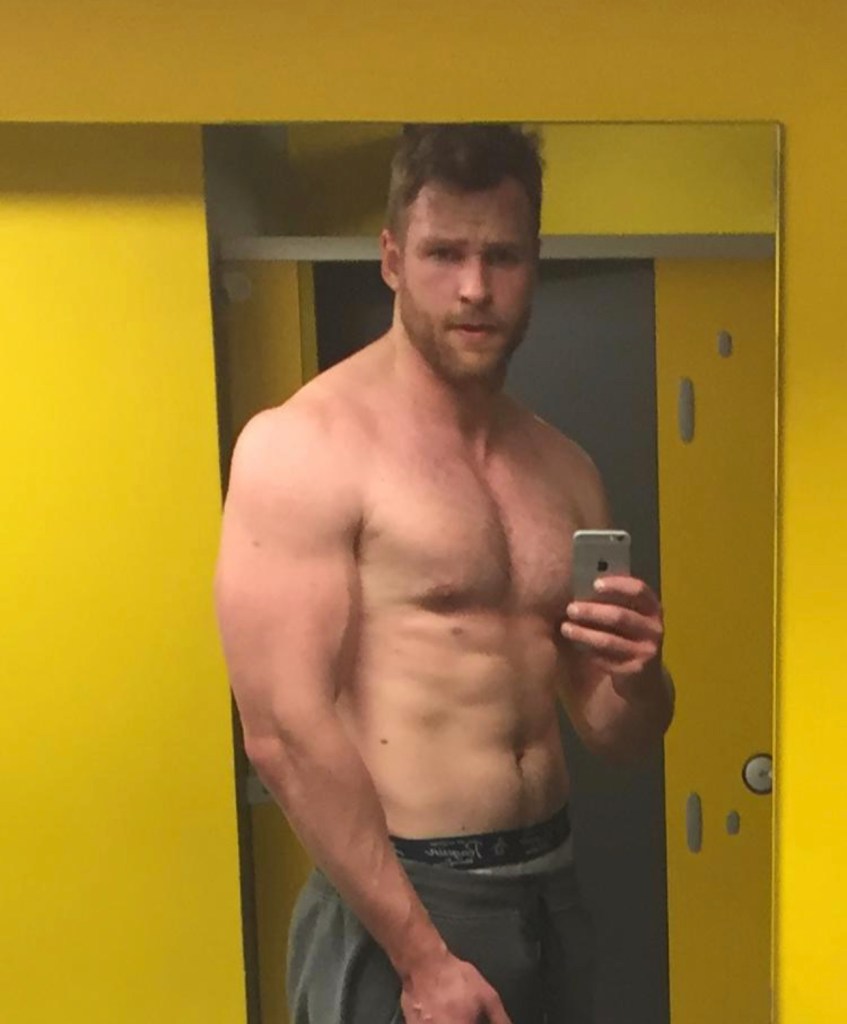 Have you had any saucy messages from guys even though you’re a big straight rascal!

Funnily enough I have had quite a few. It’s still very surreal to me that people are interested in me in that way but flattering none the less. Being some who has always struggled with a lack of confidence it’s a real boost to hear people say positive things, no matter how racy!  However once I explain my situation – I’m straight with a girlfriend – everyone has been very lovely and respectful!

What part of your body has been most popular with the people getting in touch?
It seems to be the arms still. I have even had many comparisons to Chris Hemsworth who happens to be one of my favourite actors which is one hell of a compliment as he is a definite man crush of mine!!!! (don’t worry my girlfriend Jen knows this!) It also helped with a charity project I have been working on.

What other things have happened since your first story?

It has opened up so many avenues for me. I have had requests for modelling from photographers, agencies and some well known brands. This is something I am really keen to explore and am pushing as much as possible. I have even been signed up for some runway modelling work this year so fingers crossed. I went live on Talk Radio to discuss body dysmorphia, Bullying and the modern day body image. I wrote a very in-depth write up about mental health struggles for ‘Love What Matters’. I have many more articles to come out and TV appearances booked in so am really excited to see what I can achieve. 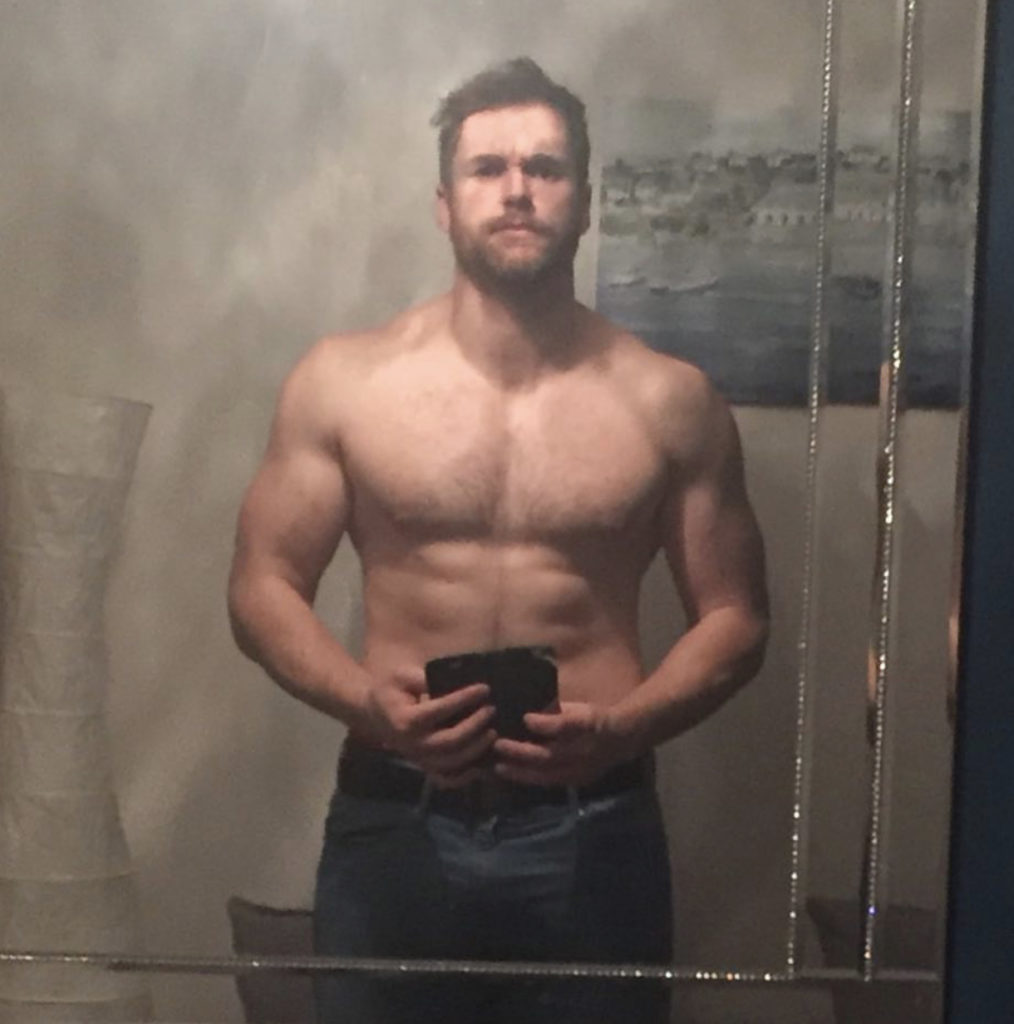 And you’re doing a lot of charity work, aren’t you?

One of the best things so far was becoming in ambassador for the charity Dexter’s Odyssey, a charity that is really close to my heart and run by one of the strongest couples I know. I am booked to do appearances for them dressed as the superhero ‘Thor’ visiting children’s hospitals and hospices around the UK. This is something I really want to push more and am teaming up with a company called ‘Angel effects’ to get a full team of superheroes together to visit children and their families to give a little break during the long days of treatment.

What’s the dream for the year?
I have always been someone that dreams big but this year is the first year I feel like I can achieve them. I want to really try to push modelling and acting as have had such a great response to it. Fitness modelling would be amazing and allow me to use my fitness qualifications to help others. My plan is to open the fitness world up to everyone no matter their situation. So far I have helped programme for people with disabilities, people who have no access for gyms and even elderly groups in nursing homes limited to only wheelchairs every little bit of movement helps. There are too many people online giving a misguided view of fitness and the perfect body so it is my goal to show everyone all the different ways they can improve their fitness level and achieve the body they want not the one they are told they have. I would love to continue helping  as many people as possible whether that be through dressing up as a superhero or pushing the anti-bullying message. I am very excited for 2019 and what it may bring.