Kings Cross Steelers’ Lexi: ‘I would never take my top off in public – now I accept my body for how it is’ 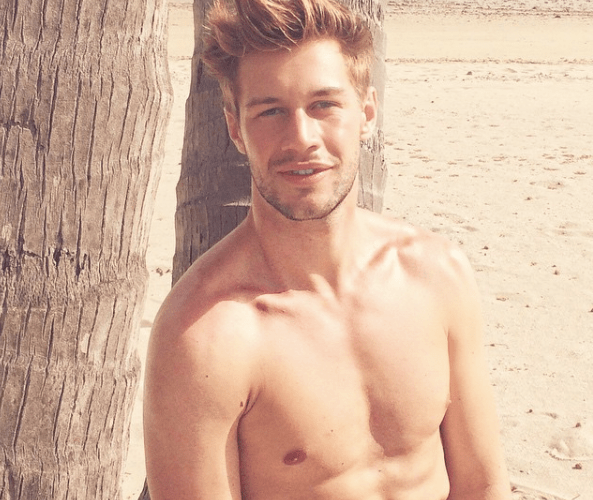 GORGEOUS KX STEELERS PLAYER ALEXIS MIGHT BE WHAT YOU CALL A TRADITIONALLY HANDSOME GUY, BUT AS YOU’LL FIND OUT HE’S JUST AS INSECURE ABOUT HIS LOOKS AND BODY AS ALL OF US!

Last month we met 27-year old rugby player Alexis who shared his coming out experience with us. Just before he jetted out to Nashville for the Bingham Cup, where he and his fellow teammates on the Kings Cross Steelers take on 41 other inclusive rugby teams, we caught up with him to talk about what bothers most of us gay men – body image and body insecurities.

ADVENTURE TIME!* (Out of office response is on, bags are (sort of) packed, and I am off to 🇺🇸 with my rugby team to compete in the #binghamcup2016 – look out Nashville! (If anyone has any tips for Nashville, let me know!) *see what I did there? Clever huh?

Lexi, you’re a handsome guy – were you ever insecure about your looks?

I think 99% of people would say yes to this question, and the 1% who have always been gorgeous are the dullest, most awful people ever, people who’ve always been attractive have never had to develop a personality or be nice, they’re the worst. In my teens I had acne and my face didn’t make sense, so it was a real ugly duckling phase, there are times when I really have to remind myself that I’m not Josie Grossie anymore (thanks Drew Barrymore for that one!).

Do you spend a lot of time working out?

I actually enjoy physical activity. I like the sensation of being tired, sweaty and having achieved something…that being said, I also really like sitting on my sofa, eating snacks and playing Playstation, so don’t think it’s all action, all the time.

I try very hard not to be, but I’d be a massive liar if I said I wasn’t, it’s more about trying to keep it in perspective and not let it take up too much brain space. Be clean, smell nice, try and tame my hair, that’s my goal.

As a gay man, do you feel a pressure to look a certain way?

Of course! Who doesn’t? Anybody who says they don’t, is 100% a liar. I should have bigger pecs, my abs should be an 8pack, my biceps should be enormous. I fall in between all the different categories, I’m too old to be a twink, not hairy enough to be a bear, not ripped enough to be a hunk. So not quite sure what I should aspire to. What kind of fitness regime do to live by?

I start every morning with a chia-seed, wheat grass, hemp protein shake, with vegan maccha powder as a snack after my 7am 20k run, followed by an explosive lifting session of german weight training…no…I don’t know really, and I don’t even really know what I just said. I would love to have a set routine, and be really strict and regimented in what I ate and how and when I worked out, but it’s just not realistic. I have a job, I work 9-6, I travel a ton with my job, so it’s just not realistic – I think everyone should just be fair to themselves, and aim for the best they can. My best, is drinking lots of water, making sure I get my five veg a day, not eating bread, and limiting the amount of sugar I consume, those are the only rules I actively enforce.

Have you always been confident about your body?

Nope! It took me a great deal of work and developing a ‘fuck it’ mentality to get to a point where I see it as just a body. I used to have crippling body insecurity issues, I wouldn’t ever take my top off in public, and now I just accept it for how it is.

My lips, because they’re big and emphasise my smile, and my hair because the men in my family don’t go bald. Though I’ve probably just jinxed myself.

Which part are you not happy with?

Ha, part of finding peace with your appearance, is not answering questions like that. Don’t entertain those thoughts, you’re only unhappy with some aspect of your appearance because you let it dwell on your thoughts and occupy brain space. 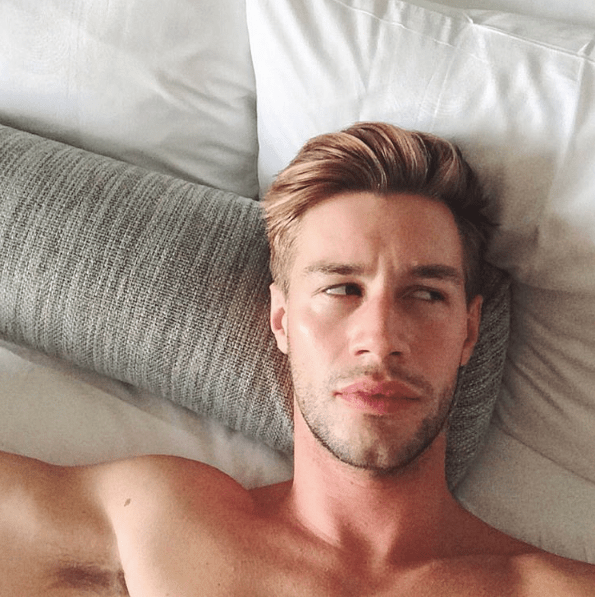 How vain do you think you are?

As with most people, it’s variable. If I’m with friends just messing around, I don’t care, if I’m going to a party, an event or beach, yeah I’ll want to look my best.

Do you wax, shave or embrace chest hair?

When I can be bothered, I trim my chest hair, mainly because it’s such a pathetic little smattering of chest hair it’s a bit pointless. If I had a full, bear-like, sexy chest hair I’d embrace it proudly, instead I have patchy little tufts that’re quite half-arsed.

Eyes, smiles, butts and backs. Those are my favourite parts.

Do you believe in types?

Not sure there’s a blanket rule. I will generally find certain ‘looks more appealing, brown hair over blonde hair for example, and I typically prefer guys shorter than me, but I’m not one to say I only date ‘X’ type of guy.

Check out @meatzine to see my rugby teammates and I, in and out of our kit. Available to purchase and perv over here…http://meatzine.com/

Do you feel a pressure as a gay man to fit a certain category?

Only so much as I’m not sure people know what to make of me.

How do you identify yourself?

Have you ever worried about the size of your manhood?

What grooming product can you not live without?

Moisturiser. I don’t like the feeling of dry skin.