Jamie Douglas: “When I came out to my dad he said: ‘We still love you as you’re still you'” 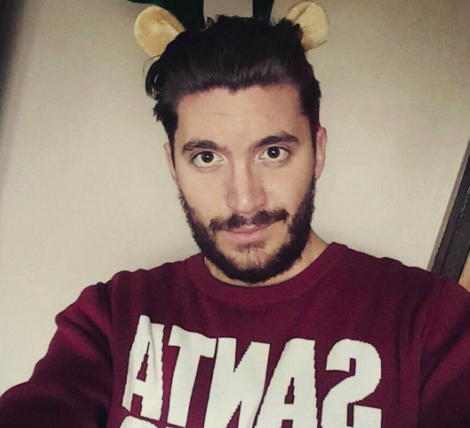 Do you remember your first time? No, not that, you naughty sauce-pots. We mean your first gay kiss. Sometimes, that initial locking of lips can be an exceptional experience. Your head spins and your body sizzles as your tongues dance a tantalising tango.

Of course, not all first kisses are memorable for the right reasons, as gorgeous Jamie Douglas, a 26 year old student nurse from Newcastle, tells GuysLikeU in a frank chat about coming out, boys and why he’s r-echristened himself Bridget Jones’s Younger Brother Brendan….

First up, when did you realise you were gay?

Difficult question. It was a ‘fear’; I think I fully embraced it when I was 23 or 24. Most people’s reactions were along the lines of ‘finally’ or ‘what took you so long’ (As I type all I can think is how they are song titles from CeCe Peniston and Emma Bunton so I must be gay).

As in kiss? Sex?  My first gay experience…this sounds like a dear diary… would have been my first gay kiss. Not good. I was on a night out and me and my friend were bickering at a cash point, she always attracts attention from gay guys because of her curly hair, when he got involved and took her side. One minute we were trading looks and asking what’s it got to do with them the next…we ‘kissed’, although it was more he projected his tongue out and I was trying to push it back in. It lasted about 30 seconds to a minute; we turned and walked away in opposite directions and silence and never saw or spoke to each other again. The worse thing about it was he had been eating crisps and the residue was on his tongue and now in my mouth *Yuk*. 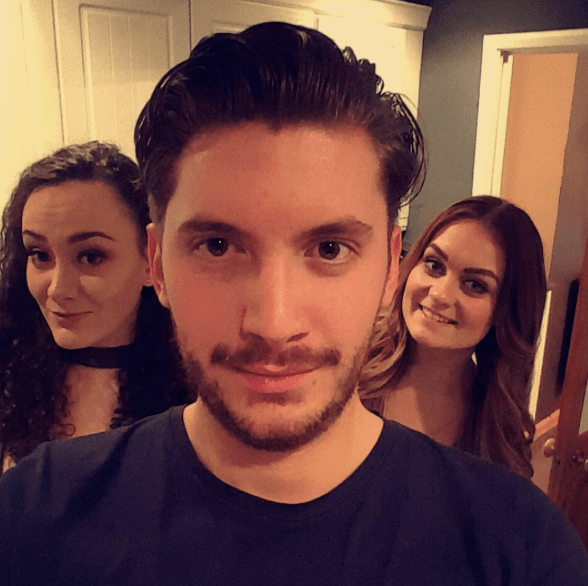 Were you ever worried about being gay?

Admittedly yes! The background I grew up in, it wasn’t ‘normal’ or rather in hindsight normalised (I think things would have been different if perhaps the people around me believed in our school motto at the time of ‘All different, all equal’). Because I came out in stages and was very careful who I told, I obviously still went through not wanting to be gay, to thinking what is being gay? To just being ‘Jamie’.

Were there gay guys in the public eye you admired?

I don’t think I had any. Someone who I admire now is Russell Tovey, I like how he portrays being gay as no big deal, as it just is (and his voice is the sex), I don’t feel like he uses it to set any agenda. And he happens to be in one of the best and without a shadow of a doubt most underrated gay shows of all time, HBO’s ‘Looking’. I am Johnathan Groff’s character ‘Patrick’. #TeamKevin 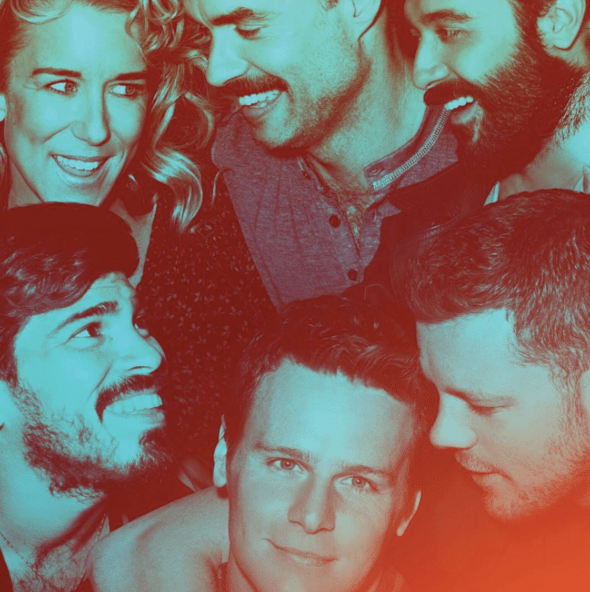 Was there a person you were worried to tell?

My Dad, cliché I know. He’s a proud (irony) Northern bloke; I didn’t want to disappoint him. I feel ashamed that I underestimated him, and although I would describe his reaction to it as ‘tolerant’, I will never forget when I finally did tell both my parents, his reaction was that of a father and not as a ‘bloke’, he said; “You have to do what makes you happy. Just be careful. We still love you as you’re still you”. 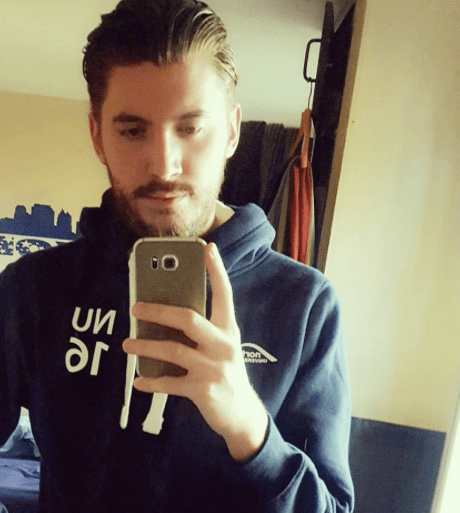 My friend Rachael, I asked her what it was like to be bi-sexual as I didn’t want to put a label on what I was *face-palm*. She was inquisitive as why I was asking such a question and what could possibly be behind this realisation. But I also knew that she would never be judgmental. So a great first reaction.

What were the guys at school like with you?

Standard macho bullshit to be honest. I have to say I don’t believe school days are the best days of anyone’s life. It’s a microcosm; life gets better (supposedly) when you deal with adults.

Did you become a bit of a scene queen?

I was already a regular before the time I was ‘out’. I had no idea what to expect but I soon learnt. I still think it serves a purpose, especially in light of atrocities like Orlando. On the one hand I’m please the next generation are more open minded and don’t feel it absolutely necessary to go, but I think until the day ‘being gay’ isn’t a taboo anymore there will always be a need for them, maybe even after just to see how far the LGBTQ movement has come.

On the scene? Not terrible, per se, just bitchy. I’m trying to see those moments as a learning curve. It can become a bit incestuous.

I genuinely laughed out loud. Do gays date? This one never does! I’m Bridget Jone’s younger brother Brendan. I’ve only had a few, one with a very nice guy but was so awkward we agreed to finish our drinks from the balcony, downstairs in a very noisy bar where we didn’t have to make any more forced conversation.

I think the key is not to take it too seriously, it can be like mean girls but I think you have to learn to rise above it and surround yourself with real friends. 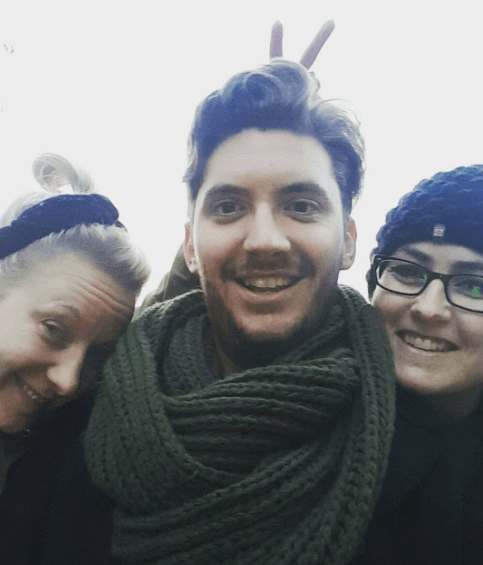 I’ve heard rumours, stories that it’s a land of opportunity. I guess it depends what each person is looking for. I think it is possible. Everyone is invited to the wedding if I ever do. My mates try to matchmake, but they NEVER find my ‘type’, whatever that happens to be. I thought I had an idea but then it never matches up with who I go for. Hmm.

I have often been told I am way too picky, but then in the same breath being told to never settle. Thanks guys, conflicting advice just what I need to make ‘dating’ less complicated. 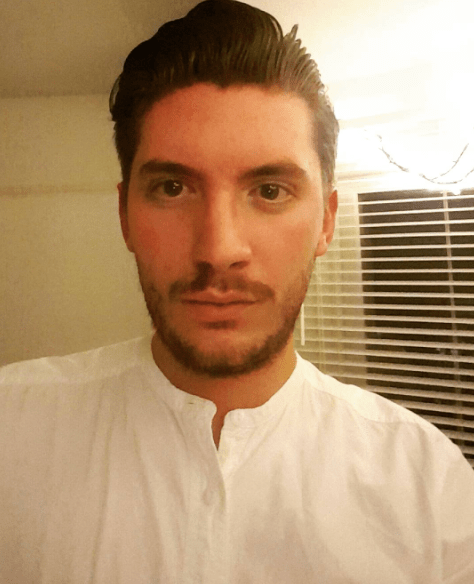 Hahaha. ‘They’re just not that into you’ is the title of my autobiography. Rejection hurts but it’s all part of dating. As some 90’s R ’n’ B artist / song once said ‘dust yourself off and try again, try again’.

Not directly to my face, thank God, and long may it continue, I’d like to think that’s a sign of the times. I’ve had some that is disguised as ‘banter’ or a throw away comment. I’d be naïve to think that at some stage I won’t encounter it at some stage.

How do you normally meet guys these days?

Bars and Tinder. I was on Grindr for approximately 3 minutes and 18 seconds before I realized that there are way too many ‘Daddies’ in my city who look more like George Jung than George Clooney.

A little, I think the message is a little bit lost on my generation and those younger than me. I think more education or rather re-education is needed, I think we need to strike a balance between the hard hitting tombstone crumbling PSA of the 1980’s and the character’s which looks like morph from SMart of the change for life campaigns of today.

Jamie, you’re a handsome guy have you always felt confident about your looks?

Gee thanks. Of course, I don’t think anymore is 100% happy with how they look. It’s about making do with what you’ve got…until of course that rich husband pays for the surgery. Ha! But in all seriousness I think there’s a lot of pressure nowadays to have the body of Calvin Harris and the face of Matt Bomer but we can’t all afford a personal trainer or inherit good genes. Damn that man’s cheek bones are unreal. Do what you can to change what you don’t like and embrace your good features. 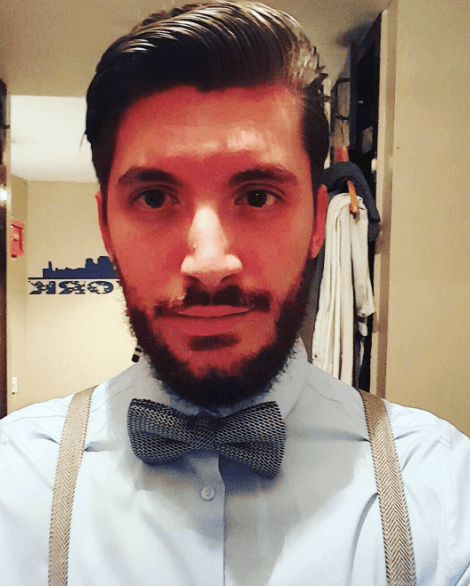 Are we guessing you don’t spend too much time working out then?

Yes, if opening and closing the fridge door counts as a work out. I actually hate the gym. I’m too impatient and gave up when I didn’t have the perfect bod in less than a week. But I do swim as often as I can.

I certainly try to look my best. I bumped into a girl I once went to school with and she said to me (as she bought me a shot of Sambuca) “Don’t take this the wrong way, but you’ve really grown into your face!” I’m choosing to see that as a compliment?

Yes, but to compensate I usually devour snacks and then bemoan of being fat. It’s a vicious cycle *says whilst eating chocolate*. 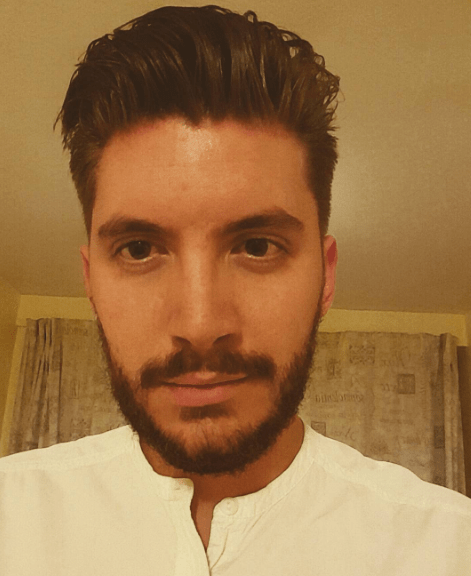 I don’t have one, I try to eat healthy or healthier and to stop eating because I’m bored.

Have you always been confident about your body?

I like to think it’s a work in progress. Completion date currently unknown.

I like being tall, so I guess by process of elimination my legs? 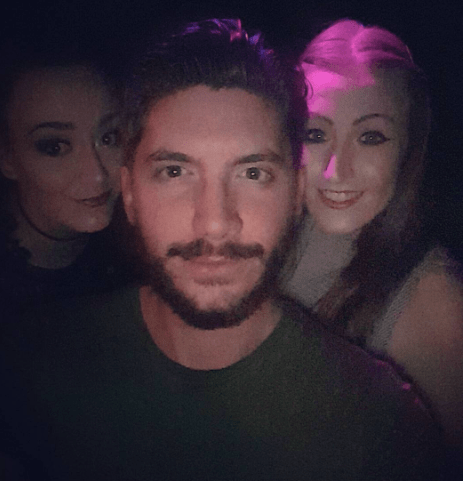 Which part are you not happy with?

Stomach, it’s not flat and the only 6 pack it sees is that of crème eggs or corona.

I have had ‘compliments’ about my bum.

How vain are you?

Well I’d like to think I’m far more Made in Chelsea than I am Dagenham. I think you can tell a lot about a man from his personal grooming and hygiene.

Do you are a waxer?

Steve Carroll has put the fear of god into vis-à-vis waxing so definitely not. If I started to resemble Austin Powers I’d do something about it.

Certainly. Bushes are for outside, not down below.

Upon first sight, their face. But you can’t beat a nice pair of arms (for spooning purposes obviously). 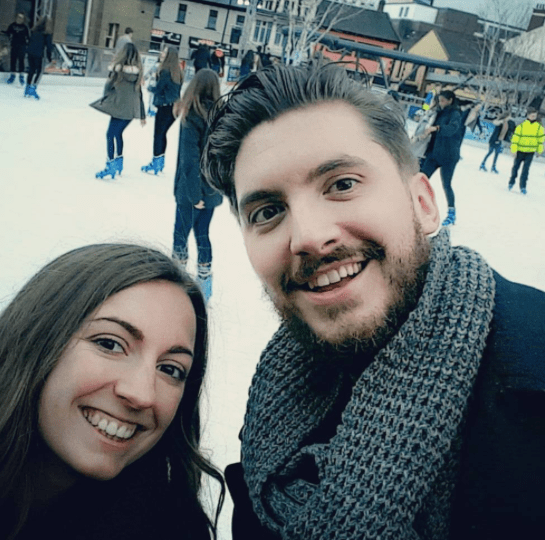 Do you believe in types?

Yes and no, I think we say we have a ‘type’ as in looks wise but the older I get I think the type I look for is the type of person they are over what they look like. The attractive ones who know it usually have ugly personalities.