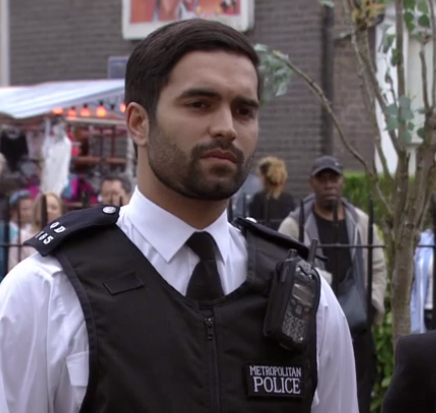 There was much talk this week about the arrival of the Taylor family in EastEnders, who are set to cause chaos in Albert Square

But in last night’s episode, another new character rocked up and left us with our tongues hanging out of our gobs.

In the closing scenes of the show a rather dashing policeman turned up to arrest Keegan Baker on suspicion of the rape of Louise Mitchell. 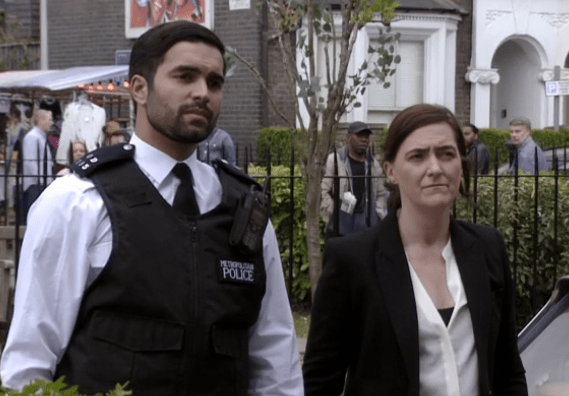 Read more: WOW! CHECK OUT WHAT EASTENDERS’ JOSH IS HIDING UNDER HIS SHIRT!

While we were supposed to be gripped by the unfolding drama, we were more intent on checking out just how hot the actor playing the copper was – and what a thrill it would be for him to take down our particulars. 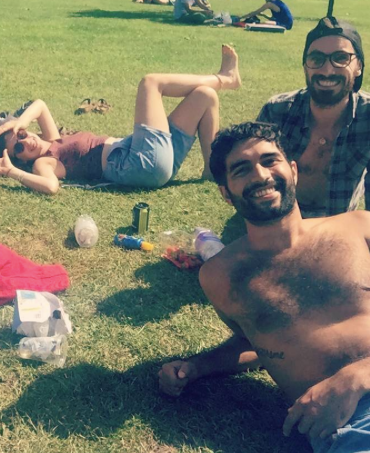 He’s the handsome fella playing the Albert Square plod and we hope scriptwriters plan to give him more and more storylines, because, quite frankly, we could with a bit more hot totty in Walford.

There’s only so much of Ian Beale a guy can take! So who is this lush lad?

Well, from the looks of it, gorgeous Chaz is a jobbing actor who has appeared in many a theatre production as well as all those familiar TV staples such as Casualty and Doctors (he clearly loves a uniform).

How long Jaz is hanging around Albert Square is anyone’s guess, but we hope his stint is a lengthy one so we can get to feast our peepers on him for some time to come. So come on scriptwriters, give us more Jaz!

In the meantime, you can get to see Charlie in the flesh in an upcoming production of Much Ado About Nothing at the Globe Theatre from 14 July – 15 October 2017 in which he will play Boarchio and Friar Francis.