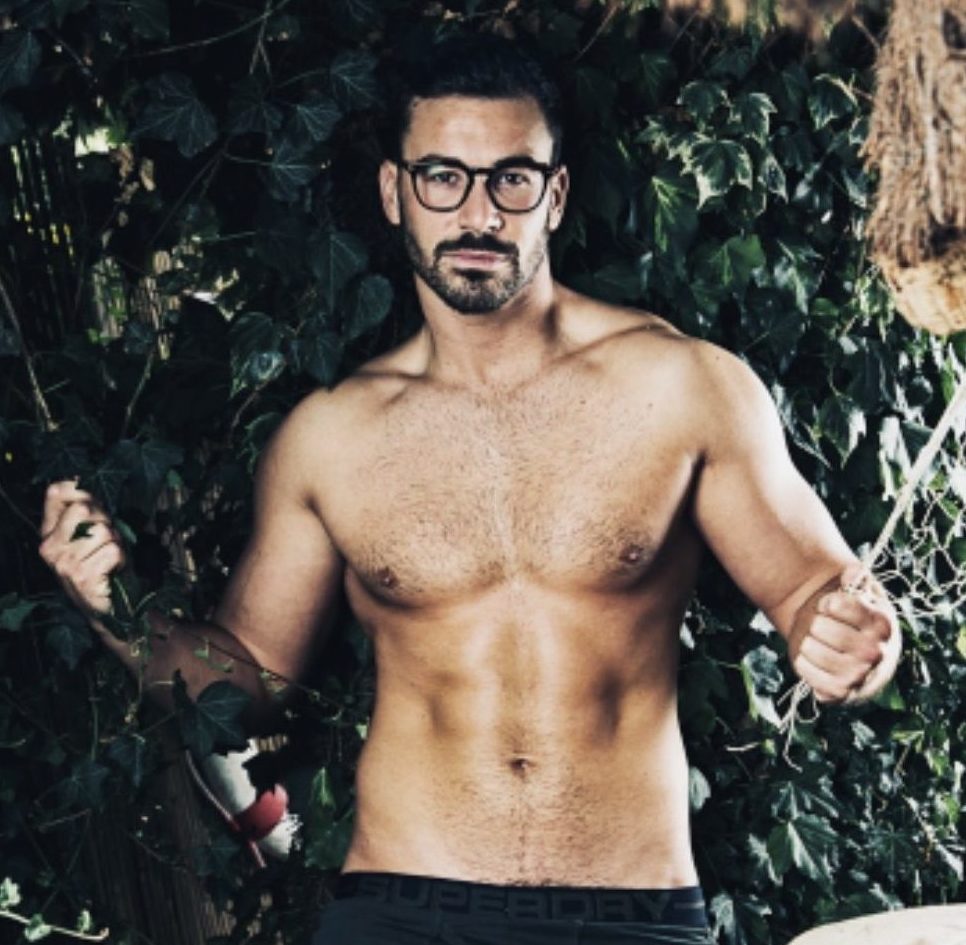 WARNING: There is no merit to this story except THIRST-QUENCHING!

Remember the very mouthwatering Alex Miller from Love Island 2018? Of course you do! He was the beefy cheeky chappy who entered the sun-soaked villa midway through the summer 2018 series via Casa Amor to woo busty Megan before being kicked out by Meg’s jealous ex Wes.

In spite of his short-lived time on the show, the hunky window fitter enjoyed a healthy time in the spotlight being romantically linked to various celebrity women, whipping his shirt off at moment’s notice and posing for steamy pictures. The handsome lad, who was described as the hunkiest Love Island star ever, also gained a rather healthy gay fanbase after he hit London Pride with Eurovision and Dancing On Ice star Saara Aalto.

This body (in much worse shape) is getting painted for charity tomorrow …. god help me – keep an 👀 out #charity

The Essex lad had only arrived back in the UK after being booted out of the villa, he happily hit the Pride party scene, where he was besieged by hundreds of male and female fans when he stood in the window of swanky Soho bar Freedom. And despite the fact he wasn’t a pink pounder, he was most definitely an ally who gave every fan a big kiss and picture and a lot of his time.

Since then, the reality star turned his back on fame, returned to his trade but still likes to perform in the camera every so often.

Today he turns 29 and looks good enough to eat. So happy birthday fella. Thanks for the memories. And you need us to help you blow out your candles, you know where we are.

Great time with this lot on @gmb this morning! #loveisland

Stripped off for a photo shoot at The Montague on the Gardens Hotel Beach Bar and got some serious villa vibes. #SurfMontague #MontagueHotel @montague_hotel pretty decent cocktails, great vibe, a brilliant bar in busy London to enjoy some summer fun!

Patiently waiting for the weekend like….. #glasses #weekend #hurryup. Shorts from @Superdry styling by @roxlenecreative