How YOU can get into TV flower fancier Michael Perry’s undies! 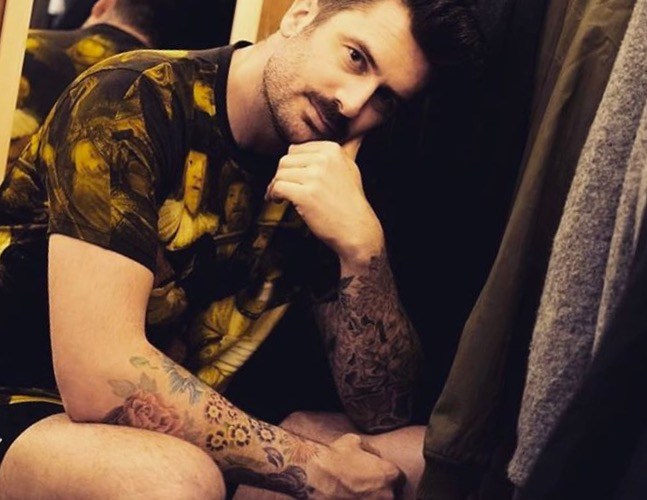 Since we last chatted to the self-confessed Plant Geek, a lot has happened to the 30something fella. Not only has he trimmed his lush beard into a rather impressive ‘tache and landed himself a column for Attitude, he’s also recently launched a PLNTGK clothing range.

Yes, now YOU can wear his togs! Among the garments you can slip into, are T-shirts, hoodies, baseball caps and – yippee – perfectly fitting undies which grip and support in all the right places – as you can see below. 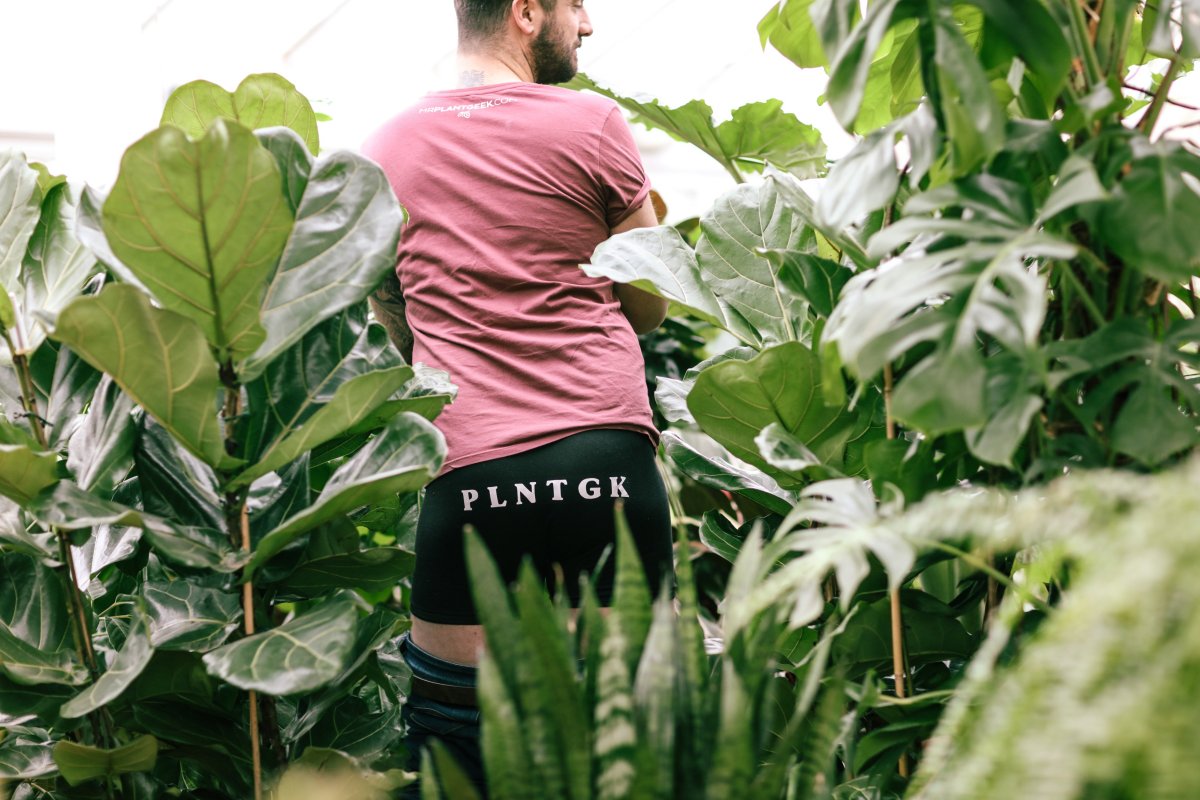 He’s even come up with a range of Rude Botany T-shirts sporting saucy plant names. As you can tell, this Michael’s a right cheeky so-and-so!

Here, Michael talks about what it’s like to be a heartthrob and his grooming regime.

I decided to launch a clothing range because it’s clothing that raises a smile and new project ‘Rude Botany’ which bear the words for plants and flowers that sound a bit rude. Like, for example, Rubus Cockburnianus! Yep, that’s real! It’s a  species belonging to the Rosaceae plant family, if you want to know facts. It made me laugh, so I just had to do it!! I wanted to wear some of the clothes myself, especially with my new PLNTGK logo, which I think is pretty cool.

I decided to shave off my beard because I always love to change. I was aiming for a beardstache, but had to go full moustache for a few weeks in order to achieve the look! I do miss my huge beard though… maybe it’ll be back by the summer!

I was a true ugly duckling until just a few years ago. Looking back on photos of when I was 18, I was gangly and a geek, not the trendy type I’m now classed as! I’m not quite sure what changed to be honest with you! 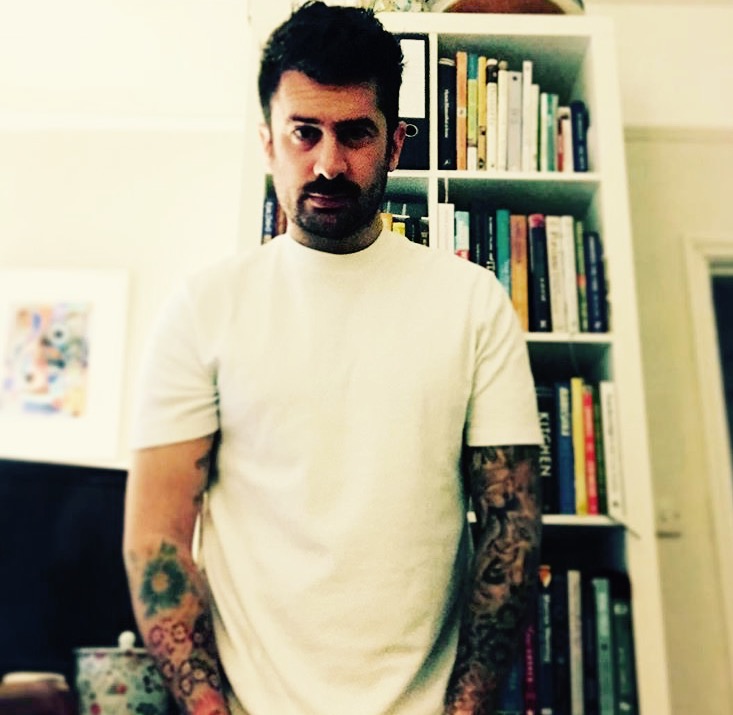 I have definitely become more conscious about the way I look now I’m in the public eye. If I have become this ‘sexy gardener’ then I need to play up to that stereotype and keep people interested I guess! Ha! I am older now too, so keep a watch on the wrinkles!! I am a big crossfit fan and enjoy lifting, but sadly my travel schedule can make it quite difficult. But I try to eat well too, but most of the time with all my travelling around, I am buying most of my meals from BP garages! 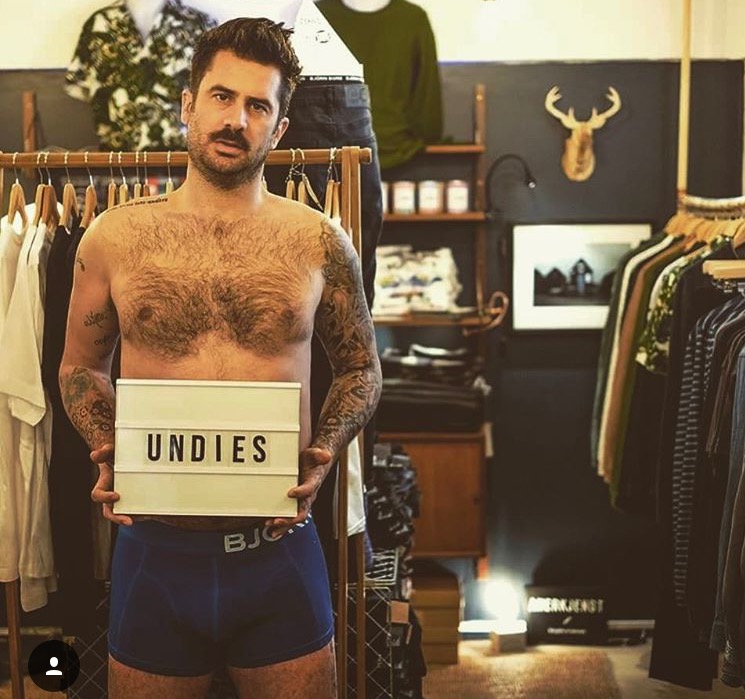 It’s hard to say what my favourite body part these days. I always wish I had a slightly different chest hair formation, but hey ho! My legs are pretty big, even without regular squatting! I have never liked my nose, even though I get compliments on it. It is deliciously Roman! 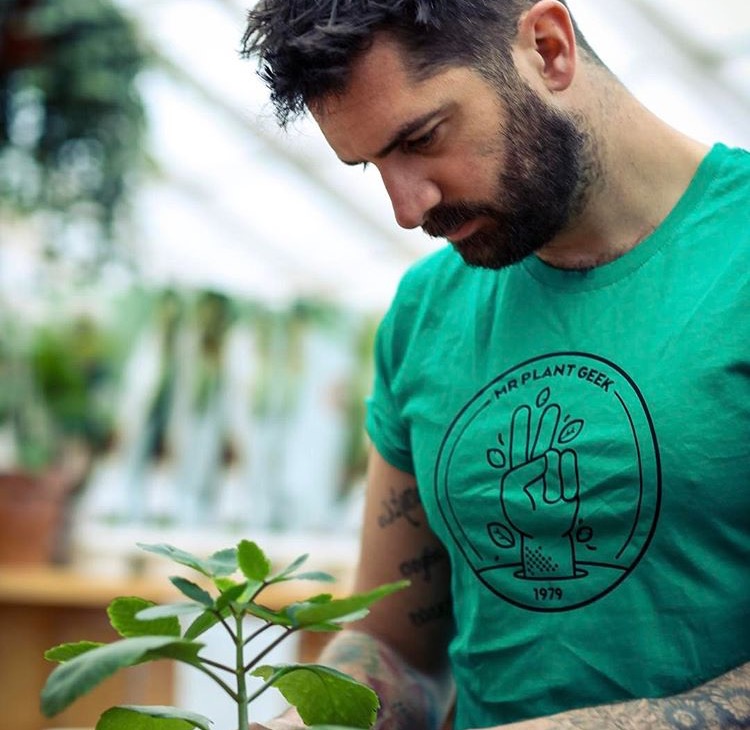 I came out when I was 21. To be honest my coming out experience it was relatively smooth I guess.. certainly not as traumatic as some cases I hear. I was a little bit cheeky and only really came out once or twice, and asked those people to tell other people. That method works quite well, but I guess these days a Facebook update would do the same job! Ha! 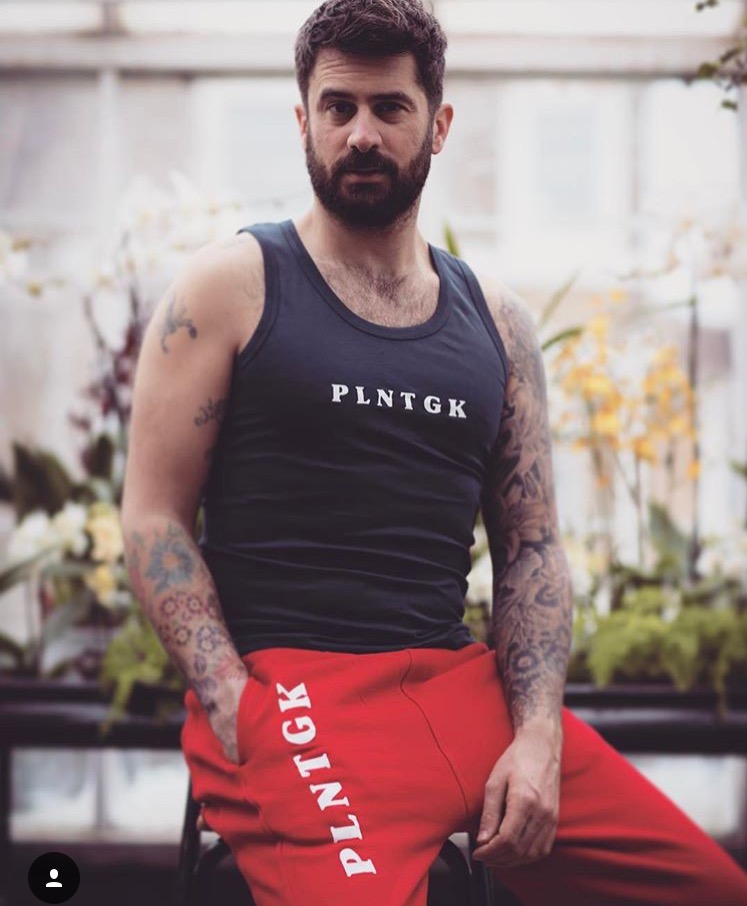 To find out more about Michael and his wonderful world of plants, head to www.mrplantgeek.com and get your hands on his clothing range HERE

In our header photo, Michael can be seen modelling not just his own PLNTGK undies, but also a revolutionary new art T-Shirt by Ekskwizit.com, which is stocked exclusively by mail order clothing brand Working Title Clothing.