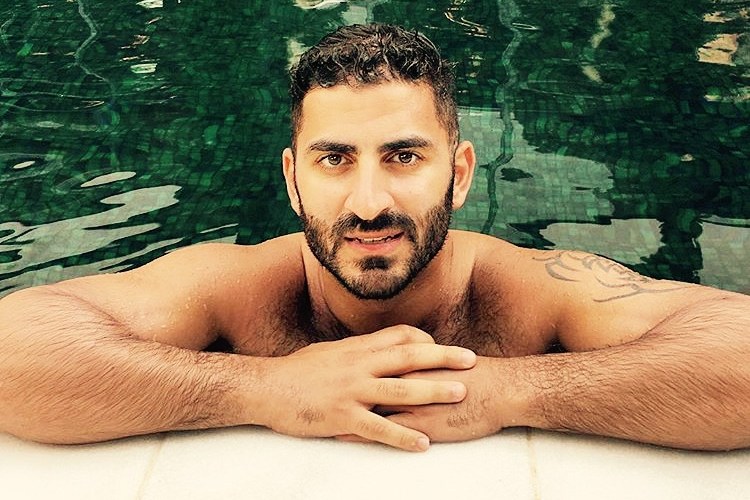 Petros: ‘I met my true love on a dating app! See it can happen!’

Petros, 32, opens up about his coming experience and how he met Mr Right!

It’s often said these days that young gay girls and guys no longer have to make a big deal about coming out. But that normally comes from people who are already in a happy place in their lives. No matter how open people are around us, coming out can sometimes still be a big deal to many of us. Which is why we at GuysLikeU like its readers to share their experiences, so that others trying to come to terms with their own sexuality have others to feel reassured by. This week, we meet 32 year old technical recruiter Petros Petri who looks back to the time he became the man he is today!

So Petros, when did you realise you were gay?

I didn’t really think from a young age, wow I’m gay, I had girlfriends up until about 19 years old, and then entered into a confusing time, and after I came out of that fog, I realised I was gay. So about 20 years old.

I didn’t let anyone know for at least a year or two, then after, I told other people who I found out were gay, through sites like Gaydar, I started to tell my friends slowly, and then family. 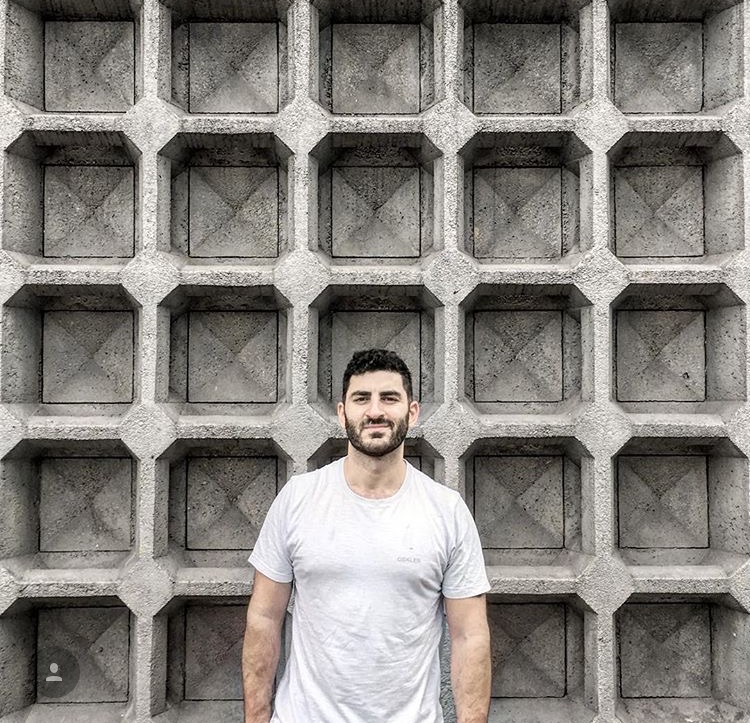 Can you recall your first gay experience?

While I was at college, there was this guy who studied drama, who always openly flirted with me, which I always laughed off. But then when I started having feelings for guys, I remember messaging him to go for that drink he promised me. I thought, why not explore with someone that liked me! He was so cool, and straight to the point and his humour helped me relax, and then the next thing I knew we were on top of each other!

Heavens! Was being gay something you were worried about?

You’re joking right? Of course I wanted to be ‘normal’. I remember having all sorts of pornography on my first computer, that after jacking off to, I would feel super guilty and think ‘that’s it’ and deleted everything and tried to have a straight life. But after a few days I was downloading more material again. 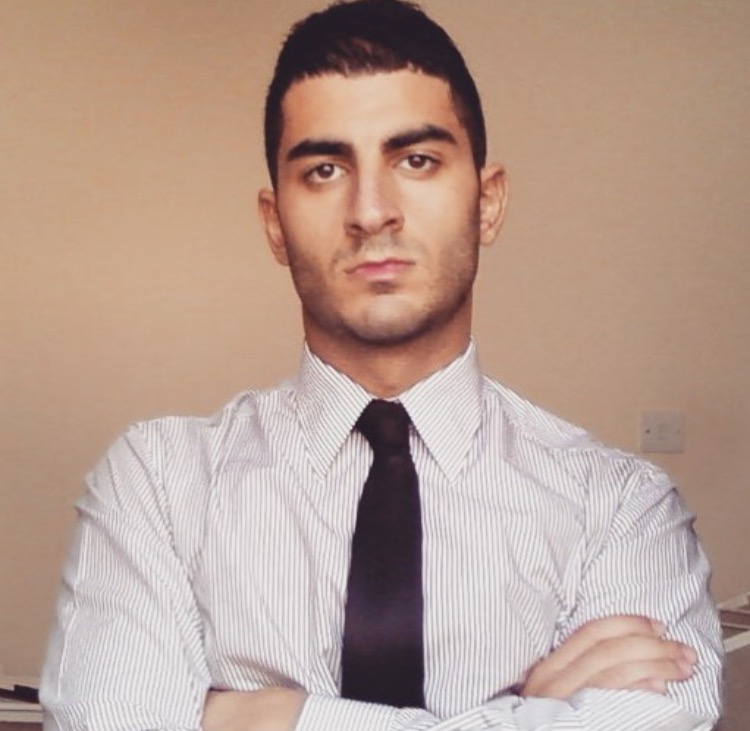 I don’t think I had anyone famous to look up to. But my friend Marc, who was the first friend that I found was gay. He was so confident, and told me about how he deals with being gay. I think its important to find someone in the same situation as you.

I would say my mother. Even though I’m closer to my mother, than my father what she thought of me meant a lot, and I come from a Greek Cypriot family, where the aim in life is to find a wife and have kids. To be fair the film Big Fat Greek Wedding somes up our mission as Greeks. You see, I come from a big family, I’m the fifth and last child. My brothers and sisters are 20 years older than me, and are married with kids, so there is additional pressure to follow in their footsteps! 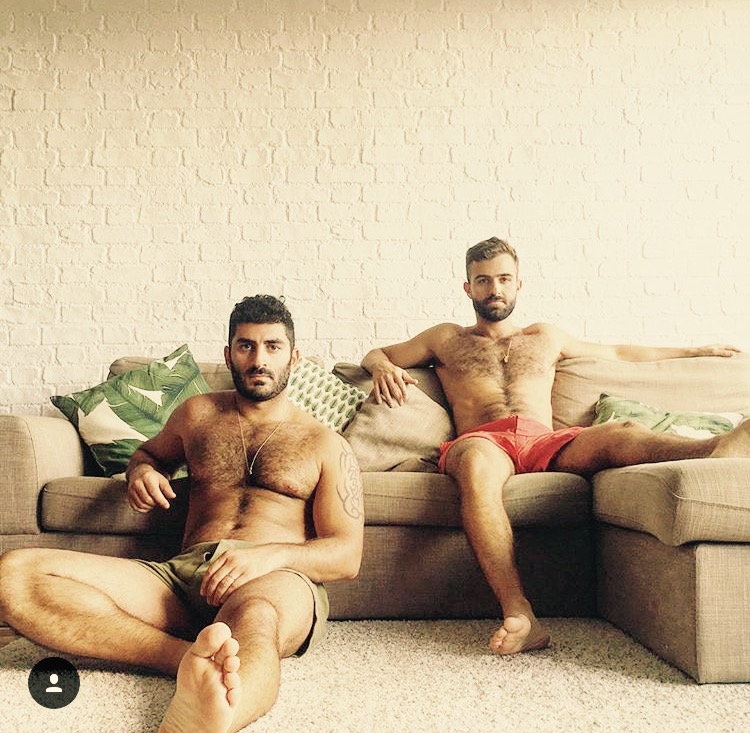 That’s good to hear! How was it at school for you. Did the other guys treat you well?

At school, even I didn’t know I was gay. I had some great friends, but I was far from popular. I was the geek with a full moustache. Kind of like Pedro from ‘Napoleon Dynamite’.

Did you throw yourself into the scene. Was it as you expected it to be?

I tried a few clubs in Birmingham, which was fun, but also nerve-wracking. There were all these gay people with tank tops, with such confidence. I was extremely intimidated. Later on I travelled to London to visit the scene there, where it was even more intimidating but with different nationalities. 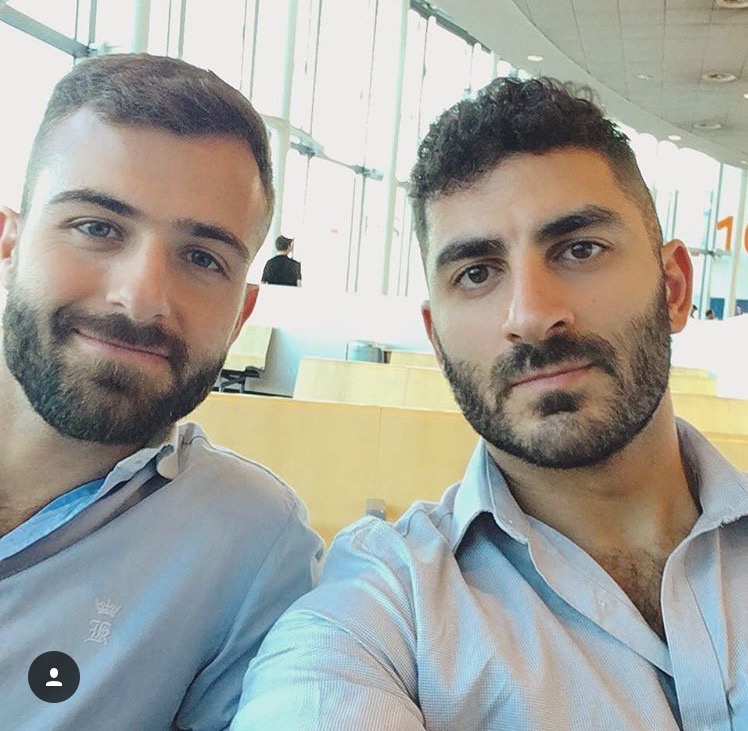 I liked it at first, however, I have never taken drugs! Never! And I enjoy that fact. However, in London the gay scene unfortunately is very drug dependant. I enjoyed bars more than clubs, because it was a lighter way to enjoy the night compared to pulling all nighters (or all dayers)!

Funny enough, I’ve never really experienced homophobia. Sure there is light homophobia in the work place, or a comment from someone saying ‘that’s so gay’ but its quite hard to offend me. However, while I was looking for work in Brazil, I remember having interviews for a big global beauty product brand, and I was told by the HR Manager, that before the next stage I need to avoid talking about my homosexualness again, if I want to proceed with the process. I naturally pulled out. I didn’t want to be part of that atmosphere.

Haha thank you, but I really don’t think I’m that good-looking. I believe my success with guys has been confidence. I’ve been through some crap in life, so realising that you only get one life has given me the attitude to be positive about everything. And confidence! I think confidence can be just as attractive as looks. But in Brazil, I received more attention then in Europe, I think because I looked very different to most guys there.

You’re in a relationship with Rissi. How did you meet?

Yes! We’ve been together seven years together now. His name is Rissi (Brazilian ofcourse). After coming out, I moved over to Cyprus, and then after a few years moved back to the UK but this time London, where after six months, I met Rissi. We met on a hook-up site (see they do work). We were meeting to do one thing – but when we met at a coffee house, we talked and talked for hours. Well he talked a lot, he was nervous, and I was shy. I’m not normally shy. We then had many dates over a period of weeks before we actually consummated the relationship.

Was having a relationship always important to you.When did the fun carefree life get boring?

When I realised I was gay, relationships never crossed my mind. I always thought it was about having fun, with no attachments. Rissi taught me that there is more that you can enjoy. Not intentionally by telling me, but by being with him helped me to realise that this is more run than being single. I think if I were single now, I wouldn’t know what to do! There’s all these apps now you can get to arrange a date. 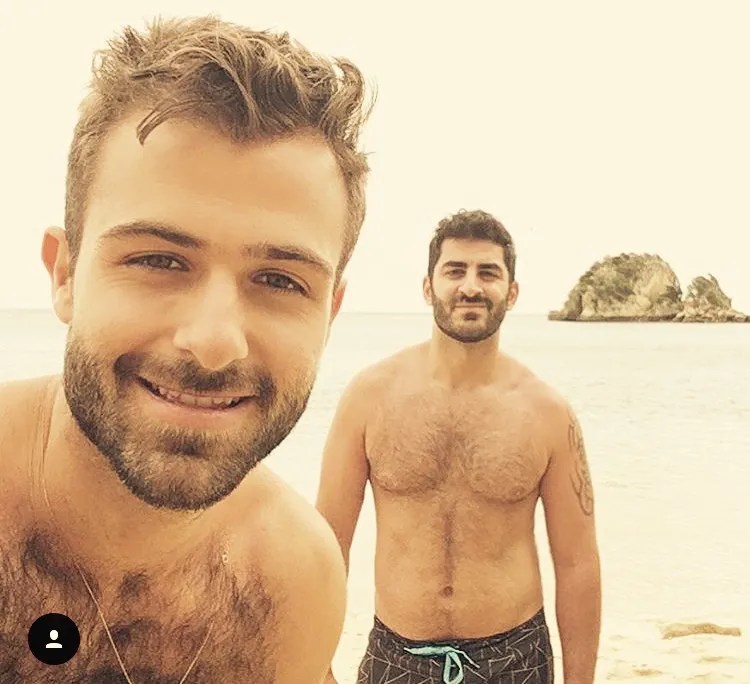 Do you think gay dating is more difficult these days…

I have a lot of single friends and after speaking to them, I can definitely say that its difficult to date these days! The gay nightlife seems to be diminishing due to all the apps that are available. I mean, why bother going out, spending money on drinks to find someone to kiss or more, when you can use an app to find someone near you for way cheaper!! But I think this ease of finding someone makes it also easier to find more! Easier to find another one night stand, and then another. Instead of looking for something long timer which could be right in front of you.

I have met up with someone who did not look like their pic on Gaydar. It wasn’t them! They were even a completely different nationality. I was polite though, and just chatted with him in his car. I did ask him if it was him in the pic, and he said of course, but I dropped the subject and said I was just comfortable with chatting. Another time which was horrible was during a night out, I met a guy in a club, and towards the end of the night I asked him if he wanted to go somewhere, and he said he couldn’t as it was his friend’s birthday party but he said come round in the morning. I then arrived the next day and he had just got home from still partying, and was clearly on drugs. I pretend I felt sick and left. To be fair it did make me sick.

I’ve ALWAYS been worried. But seriously guys its not worth the risk or stress. Unless you’re in a monogamous relationship I would say ‘no glove, no love’.

Oh God, yes. Certain places can be quite down to earth and accepting of others. Other places, usually with hotter people, can be real superficial. I try to surround myself with genuine people that do not take themselves seriously.

I know some long term couples who have met from the scene. It does happen, as long as you don’t go there expecting to find your true love. It can happen anywhere!

I actually broke my own heart once. When I first met Rissi, I wasn’t enjoying London and wanted to move back to Cyprus. And I knew I was falling in love with him. But I wanted to end it because it would of been harder to love him more and then leave. But after a short time apart I knew that I couldn’t be without him, and took a good few weeks of begging (literally) to get him back.