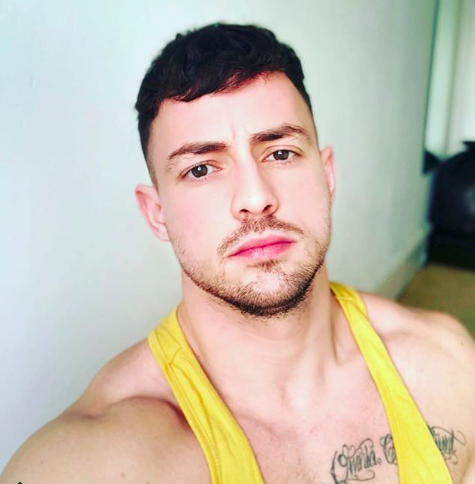 Specialist physiotherapist Chris Anderson says he hopes one day we as a community can stop using the terms ‘camp’ and ‘straight-acting’.

How many times have you heard the terms ‘straight-acting’ and ‘camp’ and winced? They are the divisive words that cause outrage among many of us in the LBGT community, as they merely reinforce stereotypes that we are desperately trying to shake off. Here, gorgeous 32 year old specialist physiotherapist, Chris Anderson opens up about how he grew up with people calling him ‘camp’ and how he hopes one day we can all finally shake off labels for each other. 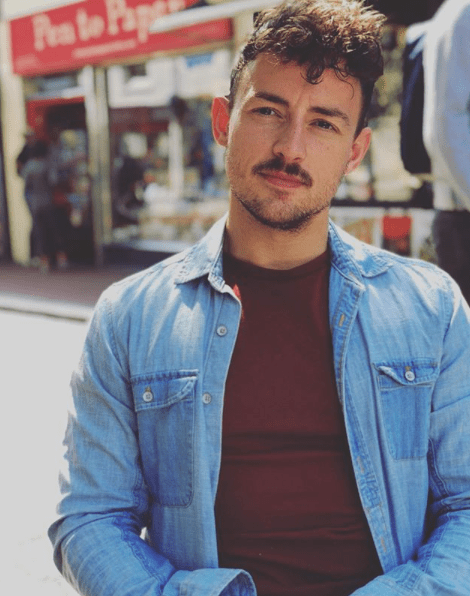 Chris, some gay men are very critical about men who are considered ‘camp’. Why do you think some are so hard to deal with?

I really don’t know why. At times I feel there is far too much self hatred within the LGBT+ community. I think as children we observe masculinity in our straight peers then compare it to the “camp”, “sassy” and “flamboyant” gay characters we see on TV. Those characters were used as comedy when I was younger, therefore the concept of camp was imprinted on us all and informed us of what we thought masculinity should be. Therefore some people may still link campiness with not being masculine. 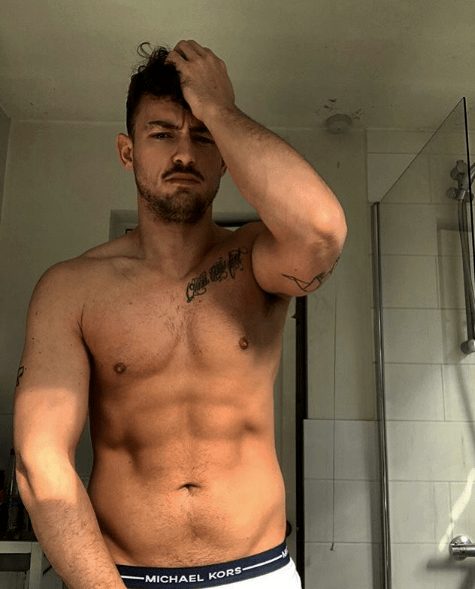 How does the word itself make you feel?

Mostly disappointed and sad. It’s makes me sad that people are still being subjected to hate and bullying by both the general public and members of our own community, which I think has been further fuelled since the advent of the internet and social media. People push their own insecurities on to what they define as masculine and feminine, which can cause people to “put on an act” and act differently to “fit in” and “act straight” to please others.

When you were younger, were you what people might have described as ‘camp’?

When I was younger, I was bullied for years and was called camp and gay way before I even knew myself!

Did that cause you trouble at school?

A few times people were physical aggressive towards me. I was an overweight child who, looking back, was most likely eating my feelings and was incredibly confused, like many of closeted oppressed adolescents. But I was able to look after myself. I had an excellent upbringing from both my mum and dad who taught me to not raise my hand. Instead, I would just push people off me that ever happened. Along with the physical side, I also received many nasty comments, but as Kelly Clarkson said “what doesn’t kill you, makes you stronger, stand a little taller”. 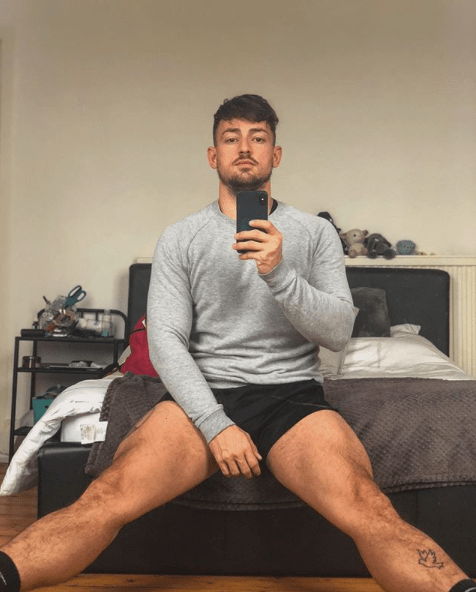 Did being a little camp help you to come out easier?

No, coming out is still a traumatic thing or was for me  12 years ago even though I knew my parents would accept it. I can’t wait for the day where we, the LGBT+ community, don’t have to “come out”, why is this the social norm?

Has being considered camp ever stood in your way at all?

Luckily not at all. When people first meet me they always say “oh I didn’t think you were gay”, which again I find an ambiguous statement. What characteristics define someone’s sexuality? Who decided being camp also means you’re homosexual?

Do you think there is a pressure for gay men to be more ‘masc’?

Completely. With men within the community shouting masc4masc, no fems. 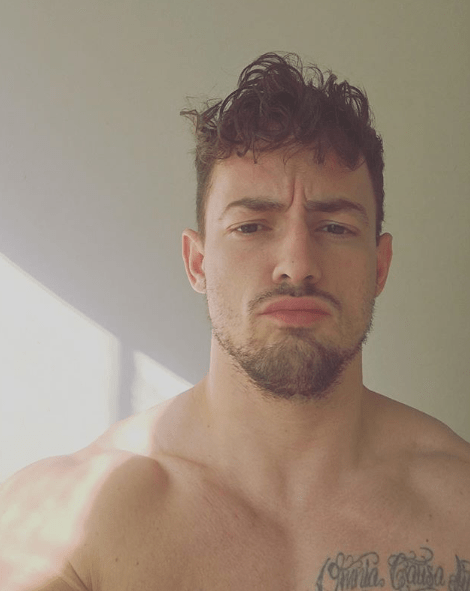 The respresentation of gay men is far more varied these days. We have amazing ‘camp’ gay guys like Rylan Clark-Neal and Alan Carr in the public eye as well as the likes of Charlie King and Gareth Thomas who are seen as more masc. Isn’t it great we have a cross section of gay guys?

Completely. I think LGBT+ people are represented in a vastly more diverse manner now than ever before. And it’s bloody fantastic. I think society in general is coming round to the thought of just letting people be.

Do you find the term ‘straight-acting’ offensive?

It seems to be a phrase that really riles some folk. I do find it somewhat offensive because it insinuates a person is “acting” that way to please social construct on what’s defined as attractive or desirable to others within the community.

When it comes to dating, has your persona ever put people off?

Not at all. I think I have my moments of “campiness” and my moments of “hyper masculinity”. I feel my qualities that are not defined by my sexuality are what won my boyfriend over. The night I met him, I was in a tutu, dressed as Black Swan in full make up. He spotted my big legs, then my personality and the rest is history… 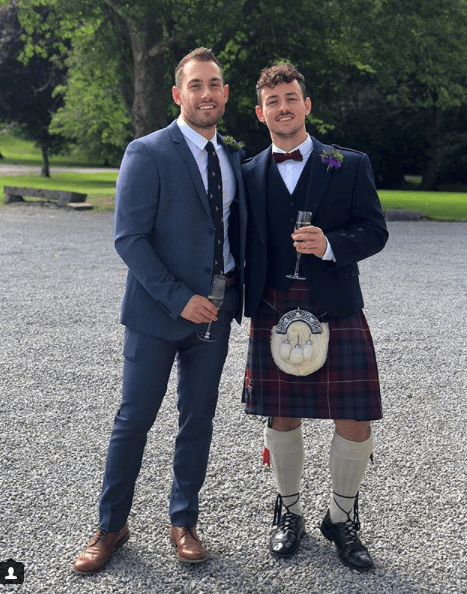 You have a fantastic physique – what made you want to work so hard on your body?

Thank you. I’ve recently went vegan, so my body is going through lots of changes. I’ve always had an unusual relationship with food and body image. I was an overweight teenager so I’m also naturally larger. I tend to gain fat as fast as I gain muscle, so I have to keep my gym routine regular. Luckily I cycle to work as I loathe cardio in the gym. My drive for this was multifaceted – for health, predominantly, but there is definitely an element of “gay pressure” to look a certain way.

So was it important for YOU to look a certain way?

Me working to change my body composition was not driven by others. I wanted to work hard to get the body I wanted for me. For me to feel comfortable in my own skin. 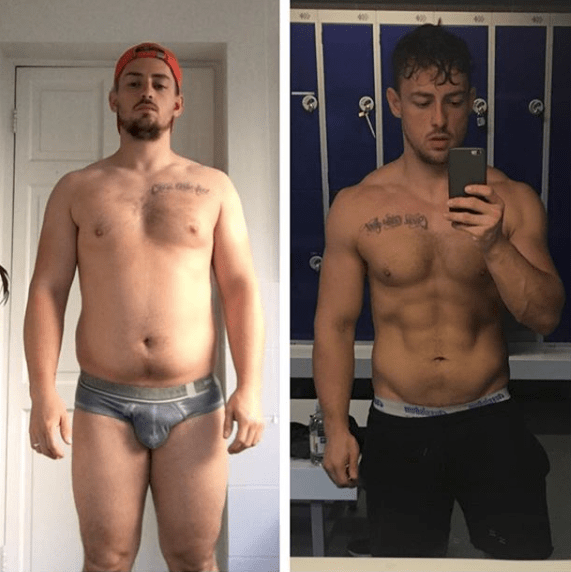 Were you always happy with your body?

Don’t we all, Chris! Would you be attracted to a guy if he was a little softer around the edges?

I have to admit I am attracted to to a handsome face, facial hair and a winning personality. Body type  actually plays zero factor in this. 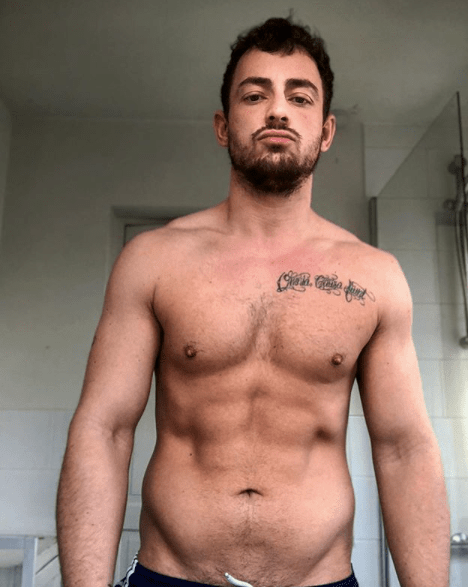 What advice would you give younger guys who are a little camp who are finding themselves bullied for it?

That is a tough question. I really don’t know what I would have wanted to hear when I was younger. It sounds cliched but the “it gets better” campaign is literally the something I swear by. It really DOES get better. You WILL come out the other side of this oppression stronger. You ARE loved! ALWAYS be you. Unless you can be CHER, then ALWAYS be CHER!!!

I hear you’re leaving London. What are your plans?

Yes, I’m in the process of getting my visa to emigrate to Sydney with my boyfriend. He actually left yesterday 😢, unfortunately my visa will take a little longer due to the nature of working in healthcare and clearance checks etc. So fingers crossed I’ll be there within a month or so; sunning myself just as it turns cold here in London. 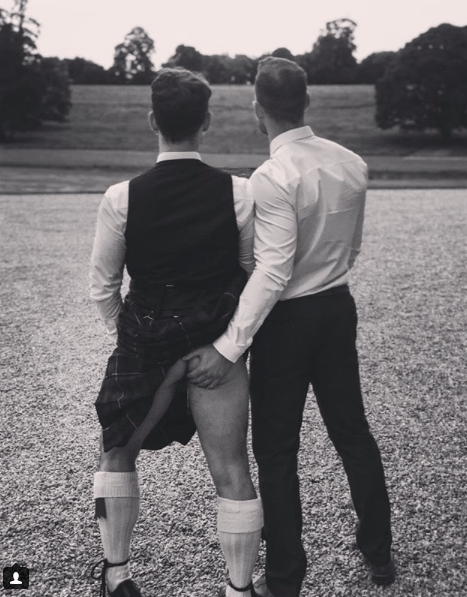 To find out more more of Chris, check out his INSTAGRAM