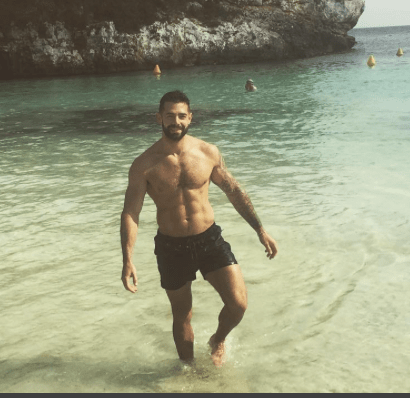 Anyone with perky peepers can see that the gorgeous Charlie King has sculpted a rather impressive physique over the years. Just look at that bod – astonishing, no?

But this week the former TOWIE star sensationally admitted that he thinks his approach to the gym has been ‘wrong’ for the past three years!

In a hilarious new clip, TV presenter Andy West tells the gorgeous Chaz that if he really wants to ‘bulk up’ like him (just look at those guns!) he needs to start eating really badly, drink copious amounts of wine and NOT go to the gym. (Amen, Andy!) 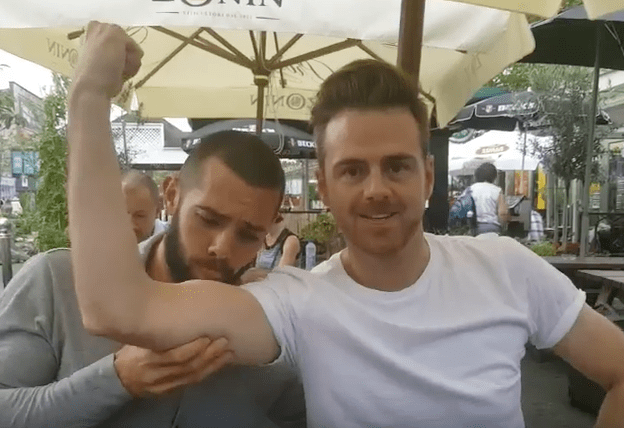 In response to the presenter’s renegade regime, Charlie, who has a regular fitness column in Gay Times magazine, said: ‘I think this is where I’m going wrong. I’ve been going to the gym six days a week for the past three years. I have been eating a clean diet, like chicken, rice and broccoli. I’ve been doing it all wrong.’

In the clip, 6ft3 Andy also goes on to advise Charlie that to get a ‘big’ body like his, he should eat a lot of sausage rolls, drink lots of wine and NEVER go to the gym. Or, if he does go to the gym, then he should never use weights and take hundreds of selfies in the mirror instead. 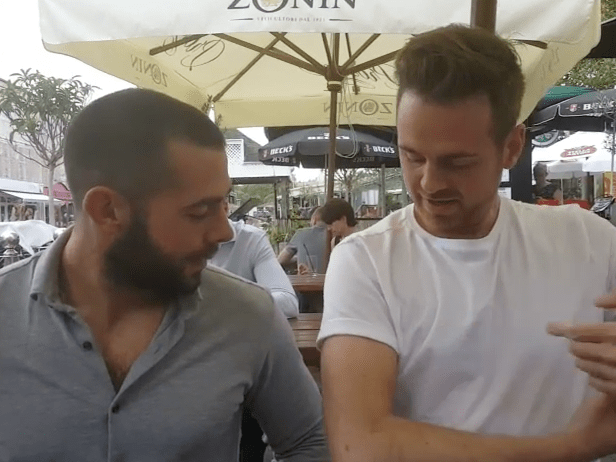 Now that’s the gym regime that sounds good to us.

Check out the hilarious clip here: