“I find that I’m being forced into being as buff as guys I see around me!” 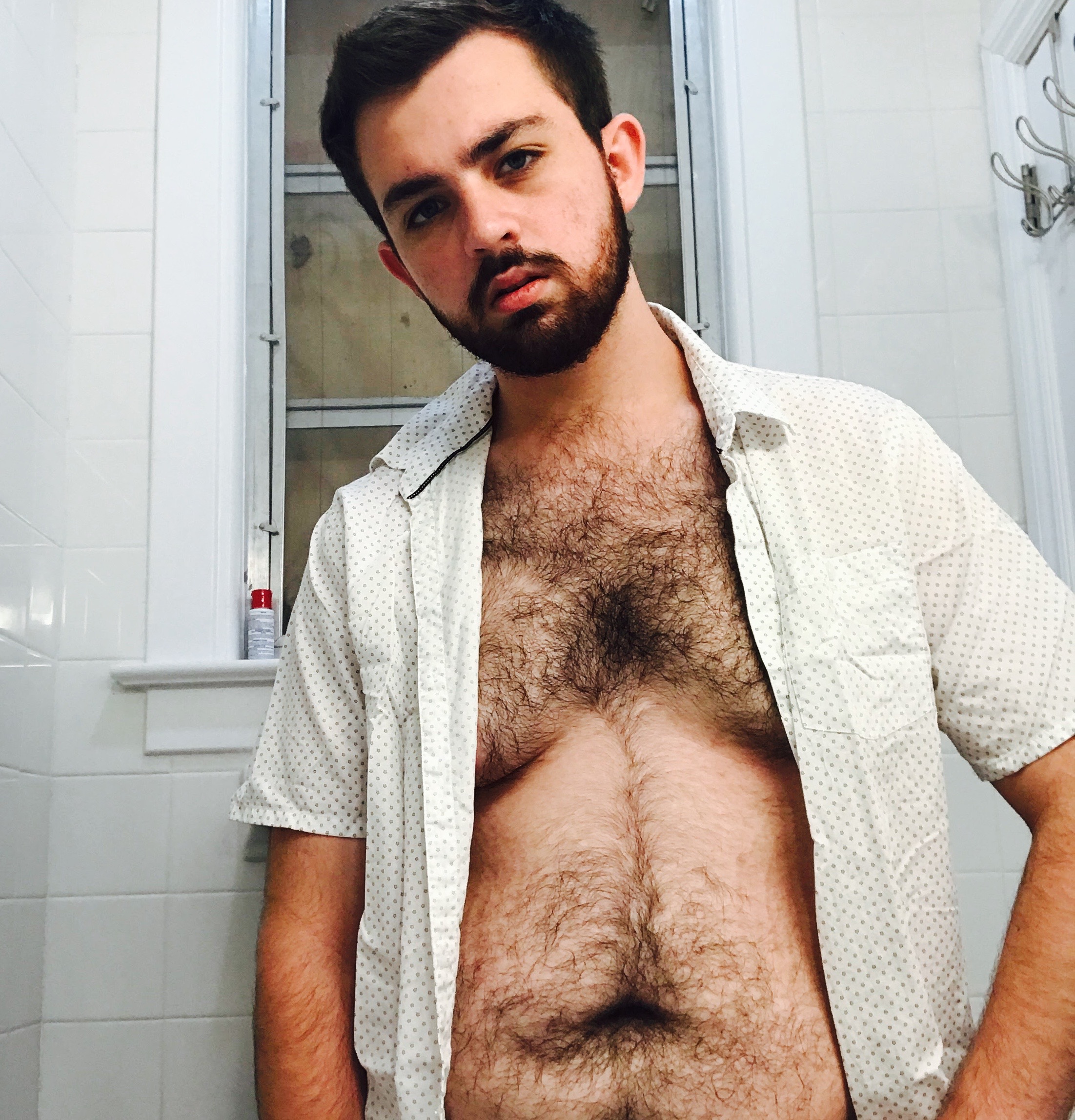 ºWe hear a lot about the tough times young gay guys go through when coming out, so it comes as a refreshing change to hear the heartwarming story of Cameron, an 18 year old graphic designer from Florida, who tells GuysLikeU that being true to himself was actually an easy process.

However, he does admit that during his young life he has had to struggle with weight, admitting, “I definitely was a ‘chubby’ kid when I was younger and it has been an issue for quite a while.” But these days Cameron has taken on his weight demons and started to conquer them.

Here in a frank interview, Cameron opens up about coming out, losing weight and why former bobsleigh hunk Simon Dunn has been such an inspiration. 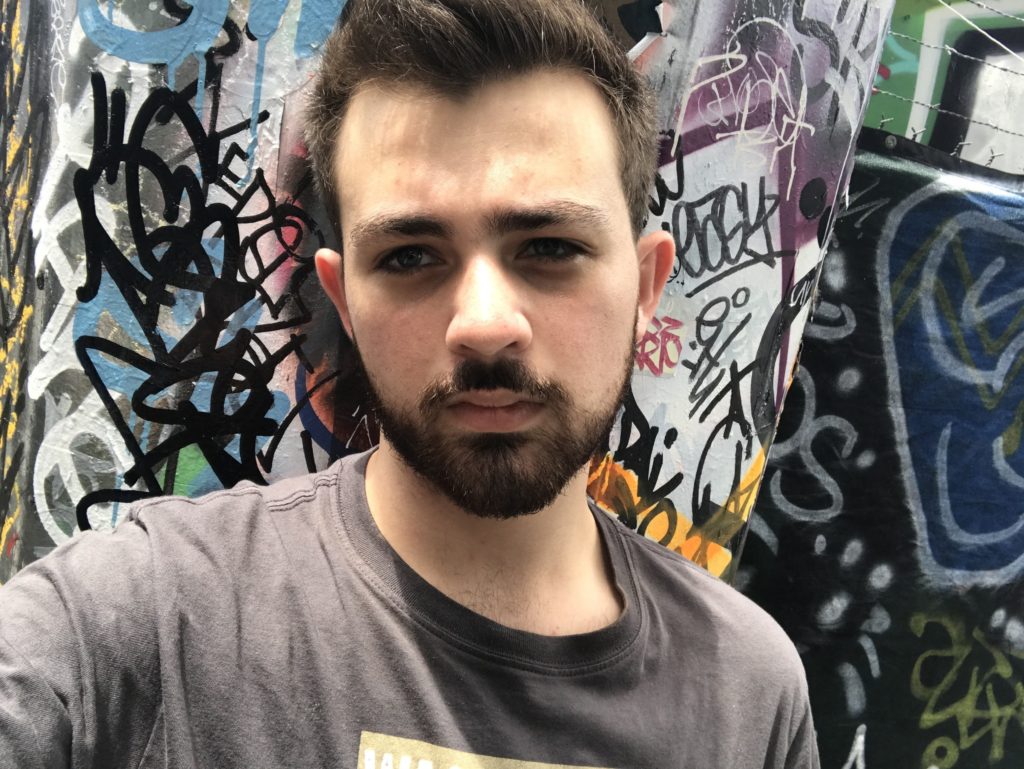 I originally started to have gay feelings when I was around eight years old. I started to realise that I was gay when I was 11 years old and I fully came to terms with it when I was 12. It’s been very easy to be open about my sexuality where I currently live. I don’t go around screaming that I’m gay but I don’t hide it either.

An online friend from many years ago. She helped me deal and come to terms with it. Luckily my school friends treated me just like they would treat anyone else: with kindness. When I came out, I was supported by both my friends and the teachers at my school. I believe that being able to come out in high school saved my life. So you were never bullied?

Never for being gay. The bullying that I experienced only happened in middle school and related to me lacking some normal social skills.

You say online you were heavier when you were younger – was that always an issue for you?

I definitely was a ‘chubby’ kid when I was younger and it has been an issue for quite a while. My weight kept on going up until around June through September of 2015, where I hit 220 lbs. That was the wake-up call for me

Did your weight affect your confidence?

I had absolutely no confidence. I avoided going out in public sometimes because I was so ashamed of how I looked.

Did you feel insecure within gay circles?

Within some gay circles I absolutely feel insecure. The main circles that I feel insecure in are jocks and twinks. However, I’ve always felt secure within the bear, otter and cub circles.

Have you always found the confidence to love yourself?

It’s only been since around July of 2017 that I’ve found the confidence to love myself. In July, my body crossed a point to where I thought it actually ‘looked good’. At that point on, I started to embrace my body and the little bit of chubbiness that I have.

When you look at gay media there are a lot of images of buff guys – is that inspirational or do you feel that you are forced into being as buff as them?

You’ve said that athlete and GLU columnist Simon Dunn was an inspiration. In what way?

The biggest way he’s been an inspiration is by being amazingly hot. He’s also not afraid to show off who he is, which has driven me to do the same. How did you start your weight loss program – how long have you been doing it and how much have you lost?

I’ve made up my program along the way. It mostly involved no snacking and working to not drink any soda or sugary drinks. I’ve been working with it for about two years now and the difference has been astounding. I’ve lost around 55-60 lbs in that period.

You’re very open about posting pics – what kind of reactions have you got?

The biggest reactions I get is thirst from other guys. I post some of them because I want to show the gay community what my body looks like and how I love it. I also like spreading the idea of body positivity from both ends of the spectrum: skinny guys not being able to gain any weight and larger guys that can’t lose any weight.

How much more work have you got?

As the weight fell off did you change mentally as a person?

I absolutely changed as a person. I became more confident both in my abilities and my looks.

Did your weight ever take to darker times?

It did. When I had that moment of realization that I weighed that much at one point, I felt very depressed and hopeless.

Was there THAT moment when you felt you had to change?

I remember that day like it happened last week. I was at GAP in the mall shopping for clothes, and I hated how I looked. I went to try on clothes but I wouldn’t fit into a large shirt, I had to start wearing extra-large shirts and I felt ashamed. I promised myself from that moment that I would work to lose weight. 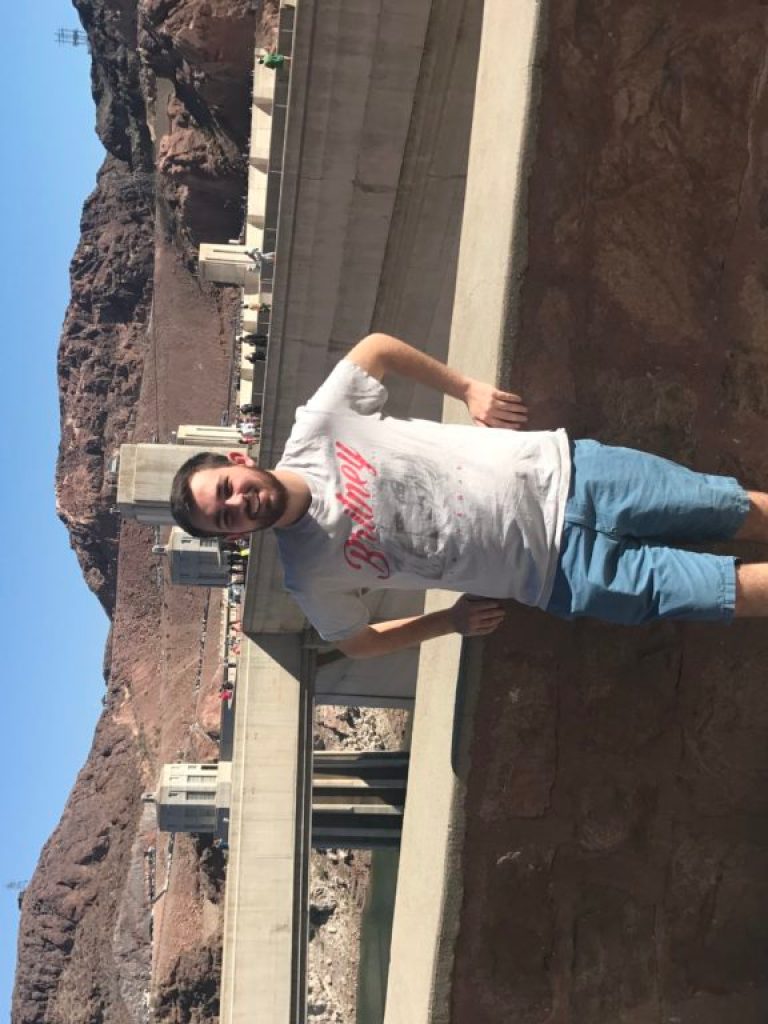 How do others react now that they see a new you?

Many people are shocked due to both me being skinnier and having much more confidence. Me growing a beard has been just as much as a shocker though.

Have you been beating guys off with a stick?

Kind of. I’m just working to find that one special guy to be with. I’ve definitely attracted some thirsty guys on Twitter though.

What’s the new year got in store for you?

Next year hopefully has me losing more weight and attending a good college on the West-Coast.

Have you had similar issues to Cameron. If you have and would like to share your story please get in touch at hello@guyslikeu.com