Bratavio: ‘Gays say we disgrace the community – be with us, not against us!’ 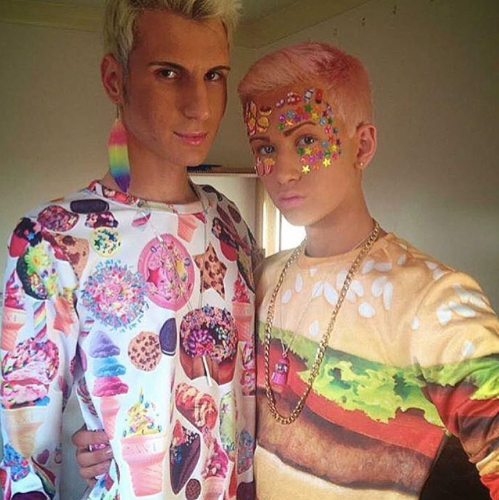 X Factor stars Bratavio have reached out to the gay community to stop the hate.

The colourful duo have revealed that since their time on the show the pair of them have been savagely criticised by gay guys. Speaking out this week, Ottavio said that he and Bradley feel no love for their gay brothers. ‘We have some people share pictures from our audition with the tag “it’s like having every negative gay sterotype in one picture”. But it’s like, you’re supposed to be with us and not against us – let’s be united.’

Bradley added that the pair of them get more abuse from gay guys than they do straight chaps.

‘I’d say the amount of abuse after the show has been off gay people in clubs,’ he said. ‘I go to all the straight clubs and it’s fine,’ he said. ‘We go to the gay clubs and people shout “fake”, “look at them”, “don’t ask them for a photograph”.

He added: ‘They say that we disgrace the community and I don’t even that I’m the ambassador for it, I’m not representing it, it’s our personalities that we are showing on the show.’ Speaking on online entertainment programme The Showbiz Show, Ottavio admitted he fears for their lives at events. ‘We always worry when we go onstage that someone is going to throw something at us, like eggs or something and if they did that I’d go down the stage and knock them out”.

The boys previously spoke movingly to GuysLikeU about being attacked for being gay at school and clubs.

See the boys get outrageous on Celebrity Sex Pod, later this month.