OMG! You’ll never guess what Breakfast Ben Thompson has been hiding under his stuffy suit! 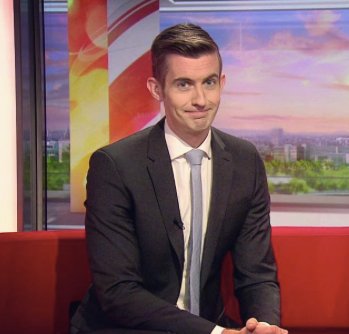 Oh. My. God! So that’s what Ben Thompson has been hiding beneath those lovely suits of his on BBC Breakfast! We’re simply flabbergasted! Who’d have thought he was such an Adonis Well, it shouldn’t have come as much of a surprise as Ben has often spoken about his fitness regime. Speaking to Attitude last year, he explained that he was pretty sensible when it came to looking good.

‘It sounds obvious but it’s all about eating well,’ he said. ‘In my job, it’s easy to eat badly. I’m up at 4am, in the office by 430am and I rarely have time for a proper breakfast before going on air. After the programme, I meet contacts for lunch or dinner so I’m usually rushing around, drinking a lot of coffee and I really have to make an effort to eat properly. For me, that’s a mix of protein, carbs and vegetables. And yes, some sugar to keep me going after the early start!’ 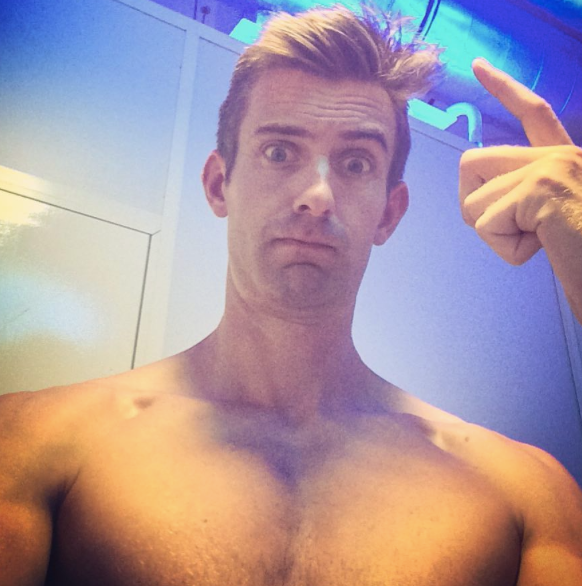 ‘Of course, there are days when I just can’t face the gym and really have to force myself to go,’ he’s also said. ‘But I’m always glad I have when I get there. For me, it’s a great way to switch off. I spend all day in the newsroom, with deadlines, breaking stories and live broadcasts. That’s what makes the job so much fun but it can often be a stressful environment, especially on busy days or when there are difficult, emotional stories to cover. So for me, the best way to unwind is to go to the gym, put my headphones on and get my head down.’ 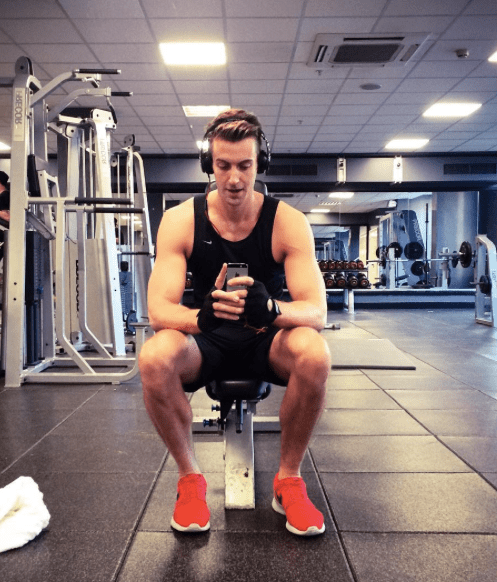 He also told GuysLikeU earlier this year that body image was an issue for him growing up, due mainly to his growth spurt! ‘My height took a lot of getting used to,’ he told us. ‘I went from being a normal sized kid, to a lanky, out-of-proportion teenager. At that age, all you want to do is blend in and be anonymous. I found it pretty tough at first, but it did teach me that being different needn’t be a bad thing and that if you’re happy with who you are, others will be too. It’s a lesson that’s served me well in so many other aspects of life and work.’ 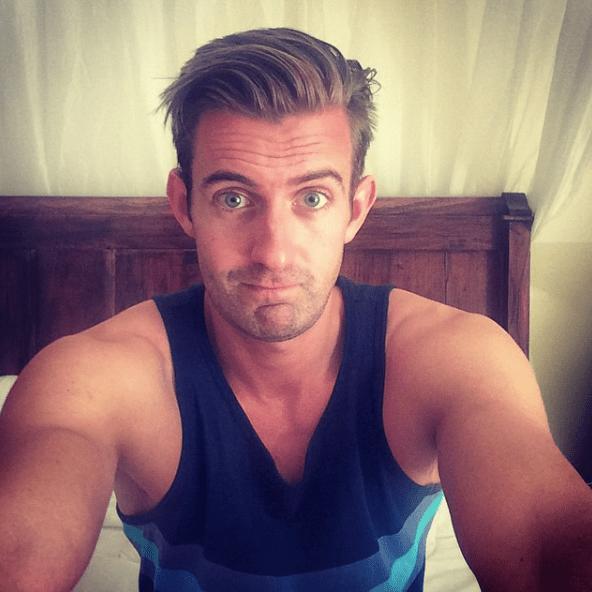 Well, if you fancy catching him working out, he says he heads to the gym most afternoons to switch off from his busy day. ‘It’s great that I can go when most people are at work and the gym is quiet.’ But you might also spot him outside the gym too… if you’re up early enough! ‘When I’m working in London, I cycle to work as much as I can. There’s something really special about seeing the city so early in the morning. It’s so quiet and hardly anyone on the roads. You feel like you’ve got the whole city to yourself. It also means I’m wide awake by the time I get to the studio and I’ve done my cardio for the day!’ That’s great Ben. Now, just one word of advice. Perhaps you should think about presenting BBC Breakfast shirtless – that would most definitely get us UP in the morning.