Gays in shock as they ask Ben Cohen “What the hell have you done?” 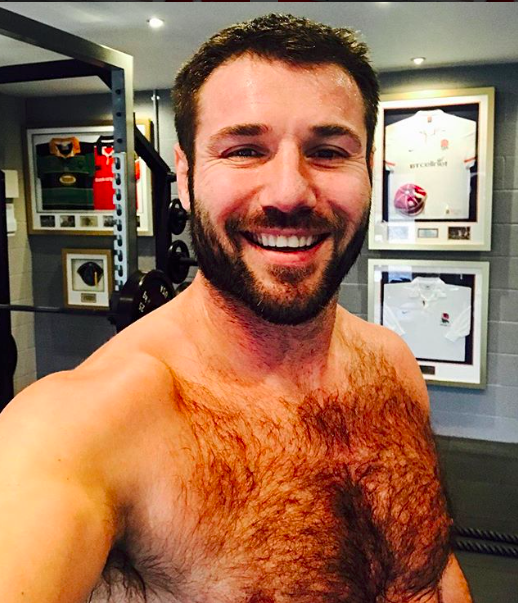 What is it you love most about rugger bugger Ben Cohen?  His handsome face? His big kind anti-bullying heart? Or his forest of delicious chest hair? Well, all of it, of course. Combined they make for a rather tasty buff boy banquet.

But today, a million gay hearts were split in two after the gorgeous rugby player and anti-bullying campaigner  posted a shocking picture in which he brazenly showed off his newly waxed chest.

Ben’s glossy fur-free chest was unveiled in an Instagram post advertising @foreveruk Aloe Vera Gel drinks, However, the tasty beverages were the last thing we were looking at when we realised that he had tinkered with what nature had so kindly given him.

How could he have done this to us? Well, Ben, we’re not standing for it, so have decided to launch a new campaign to convince you to #BringBackTheFuzz.

So folks, drop us a line to share your delicious memories of Ben’s delightful treasure chest and help encourage the silly sausage to grow it back.